The 356 B “twin-grille” roadster ranks among the most coveted models sought by Porsche cognoscenti. These extremely rare T-6 roadsters, of which only 248 were built by D’Ieteren, mark the high point of 356 speedster and roadster development.

The Convertible D, built by Drauz in 1959, offered a new, taller, but still removable windshield, wind-up windows, conventional coupe seats rather than the speedster’s thin shells, and a more modern canvas folding top. The Convertible D was replaced in 1960 by the roadster. The roadster’s freshened body design, designated T-5, featured new front-end sheet metal, different doors, improved bumpers, and a flatter hood. With the phase-out of the Convertible D, Drauz concentrated on building the new roadster. 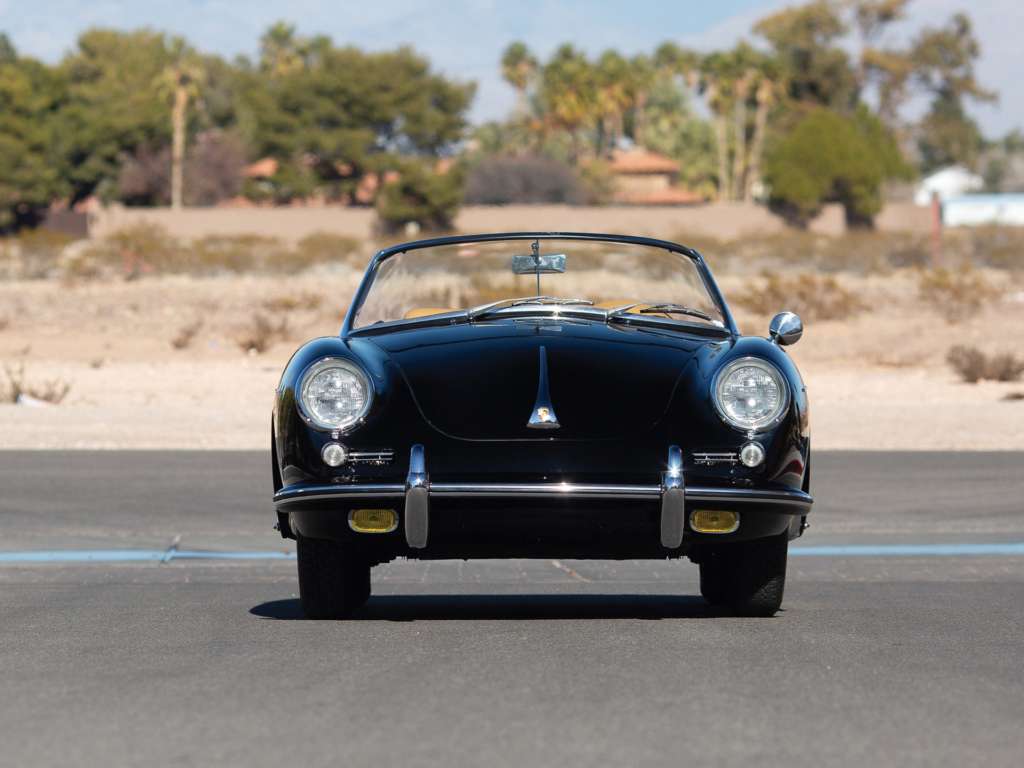 The T-5 models were produced between September 1959 and August 1961, and the new T-6 design from September 1961 until roadster production ended in July 1963. The T-5 roadsters built by Drauz have a single ventilation grille on their engine lids, while the T-6 cars are easily identified by a flatter hood and the relocation of the gas filler to the top of the right front fender. To clear its assembly lines for the soon-to-be-launched 356 C, Porsche sent its remaining T-6 roadsters to D’Ieteren, its Belgian distributor, for completion. These roadsters can be immediately spotted by their unique twin grilles in the engine lid.
Research shows this T-6 roadster, chassis 89753, spent most of its life in California. Early owners include a Dr. Ralph Harder, followed by Bob Davidson. Later, the car entered the possession of Brian Burnett, where it later exchanged hands with Neil McSwain. Documents show that the car passed through noted specialists European Collectibles of Costa Mesa, California, and Classic Showcase in Oceanside. Later ownership history shows the car spent time in the Oldenburg collection before having exchanged hands in August 2011.

According to the Porsche Certificate of Authenticity, the D’Ieteren roadster was completed on 28 December 1961 and originally finished in Oslo Blue over a grey leather interior. The 356 was equipped with the desirable 1600 S engine, which it retains today. Optional equipment included reclining seats, and the car was fitted with Goodyear tires. In the mid-2000s, the car benefitted from a thorough cosmetic refurbishment and was finished in the much more fitting black-over-tan color scheme.
As one of just 248 produced, the “twin-grille” 356 has since established itself as a highly collectible Porsche and will be an ideal example for club-level concours and weekend touring. 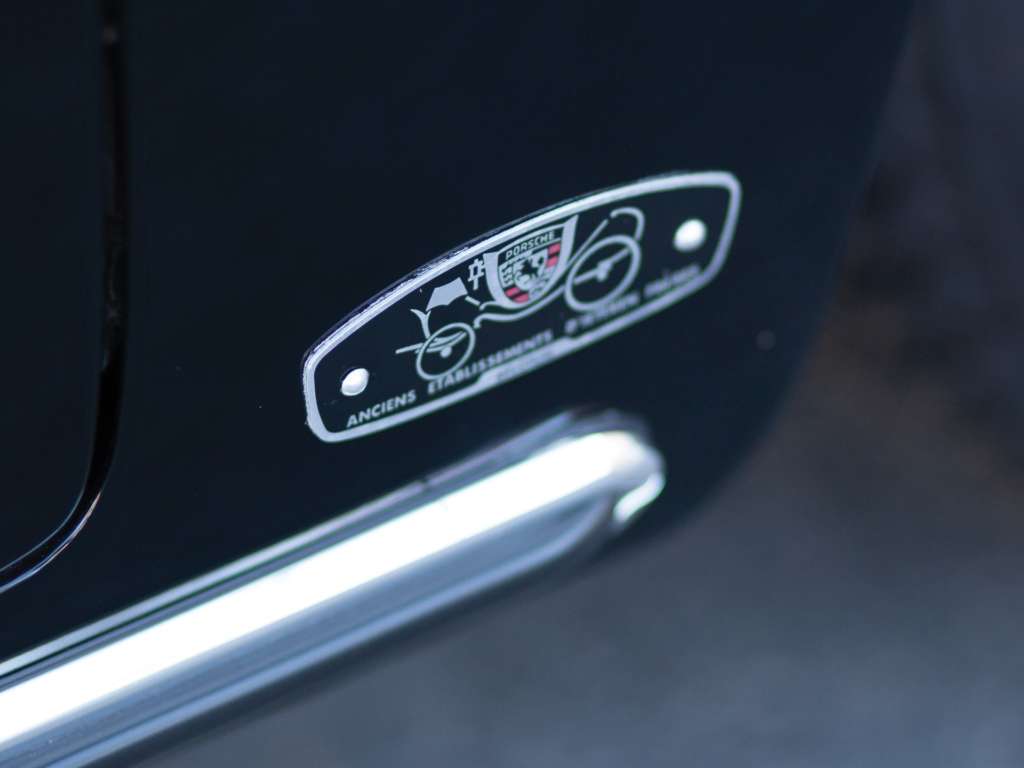 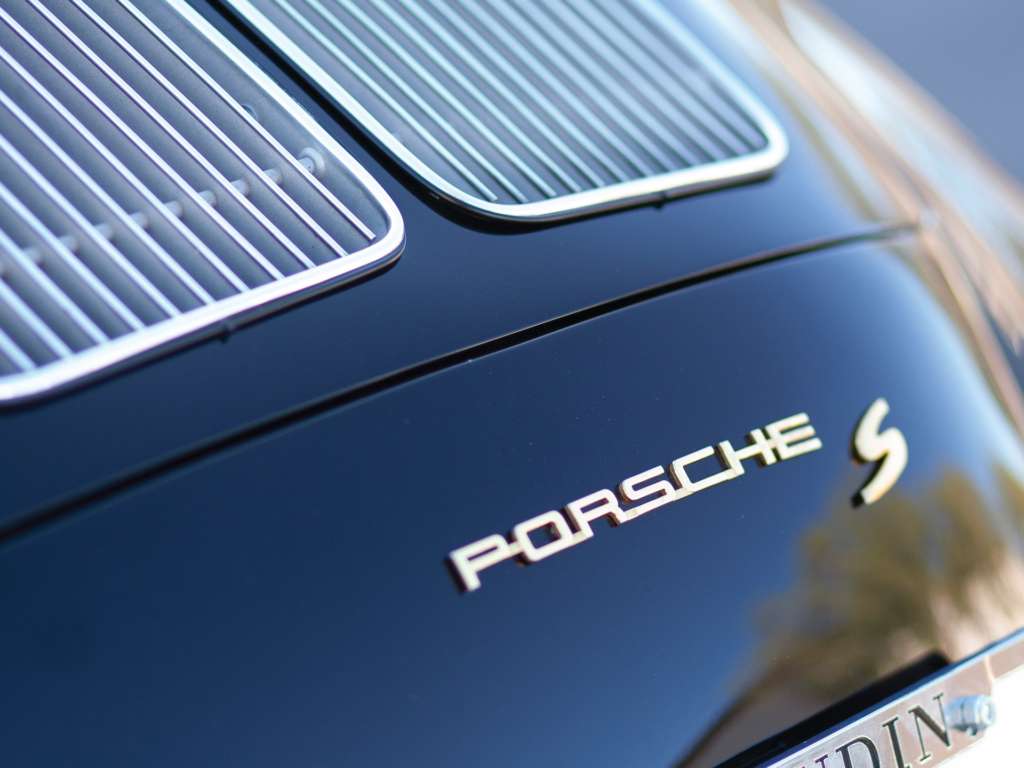 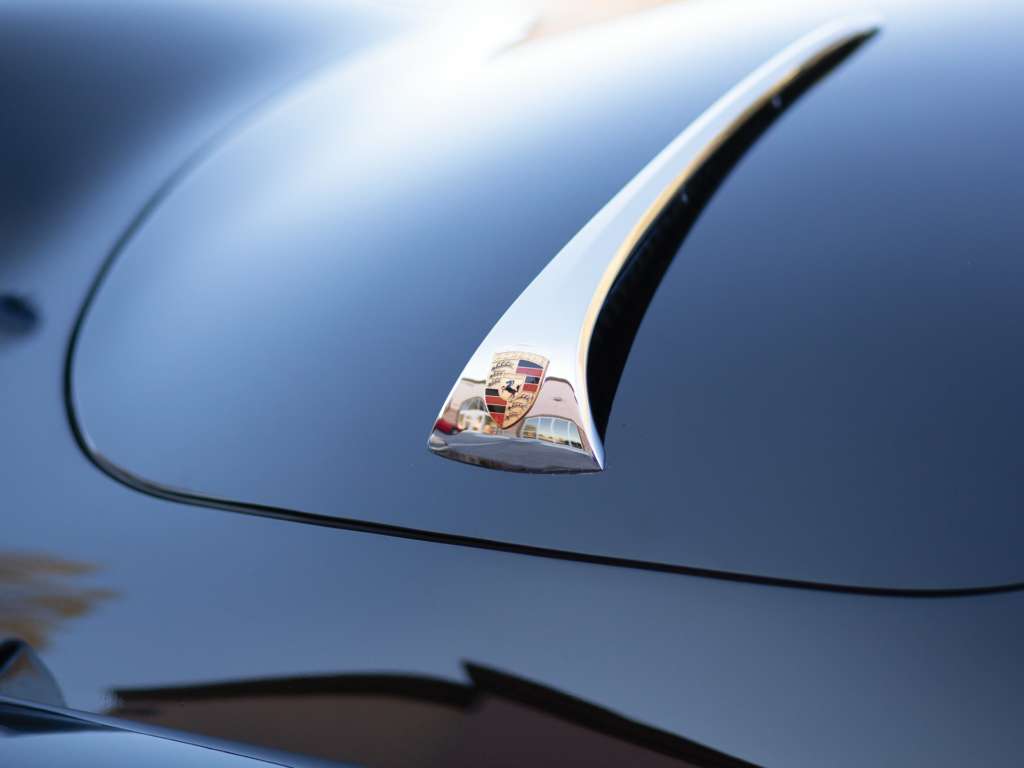 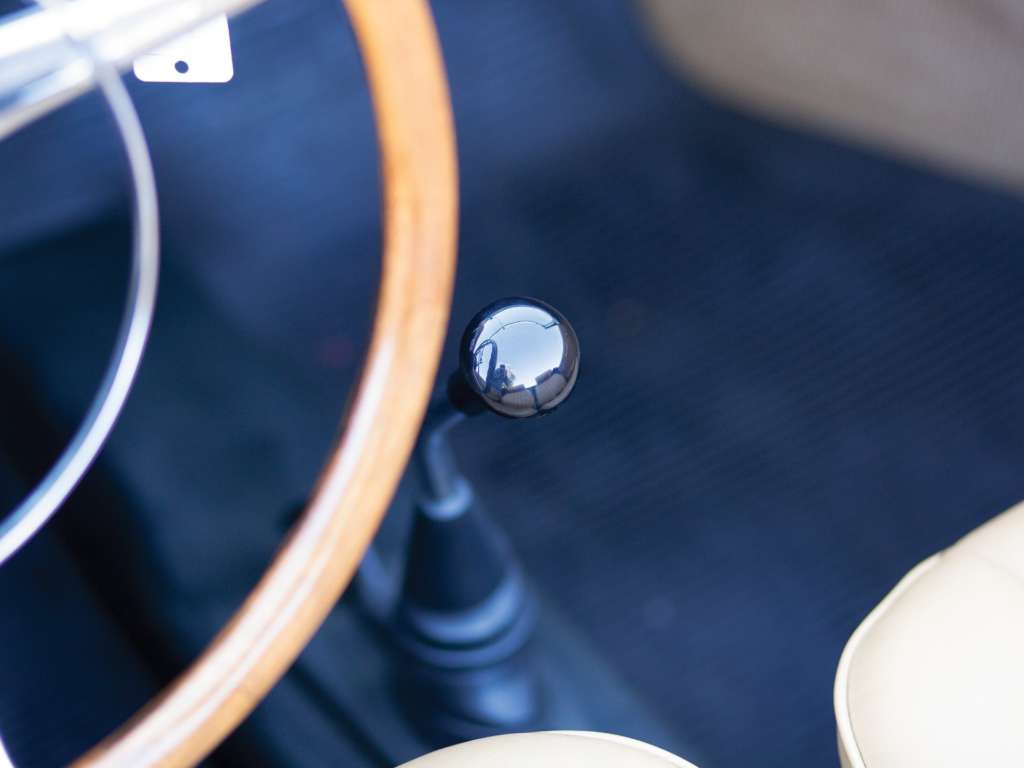 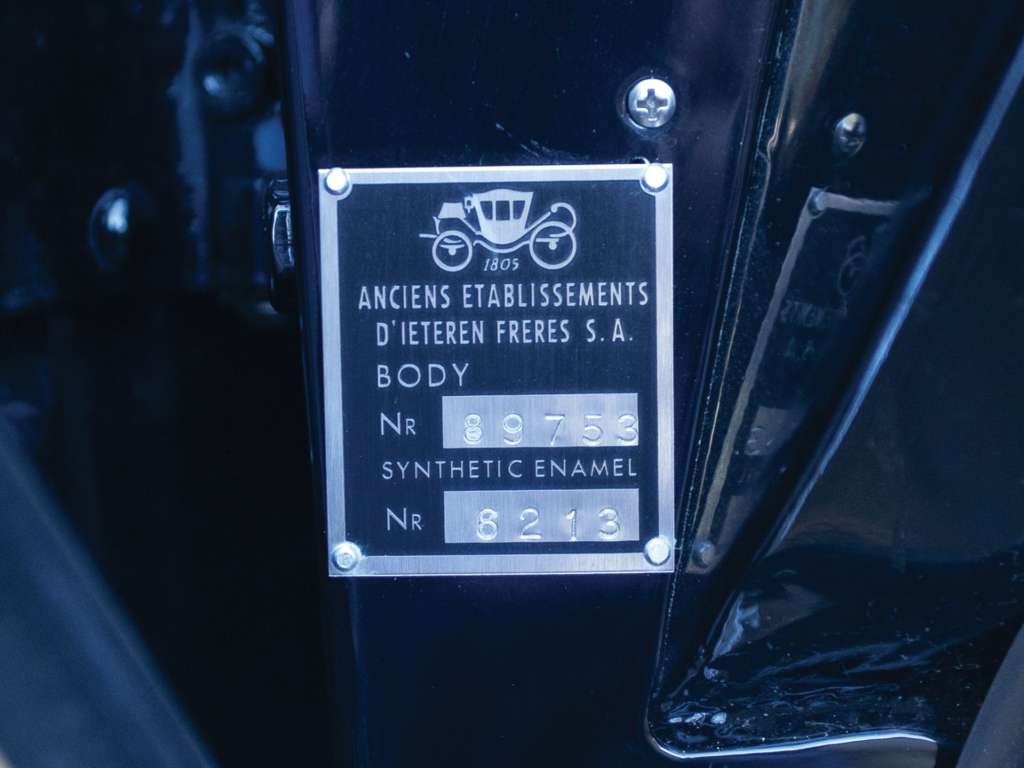 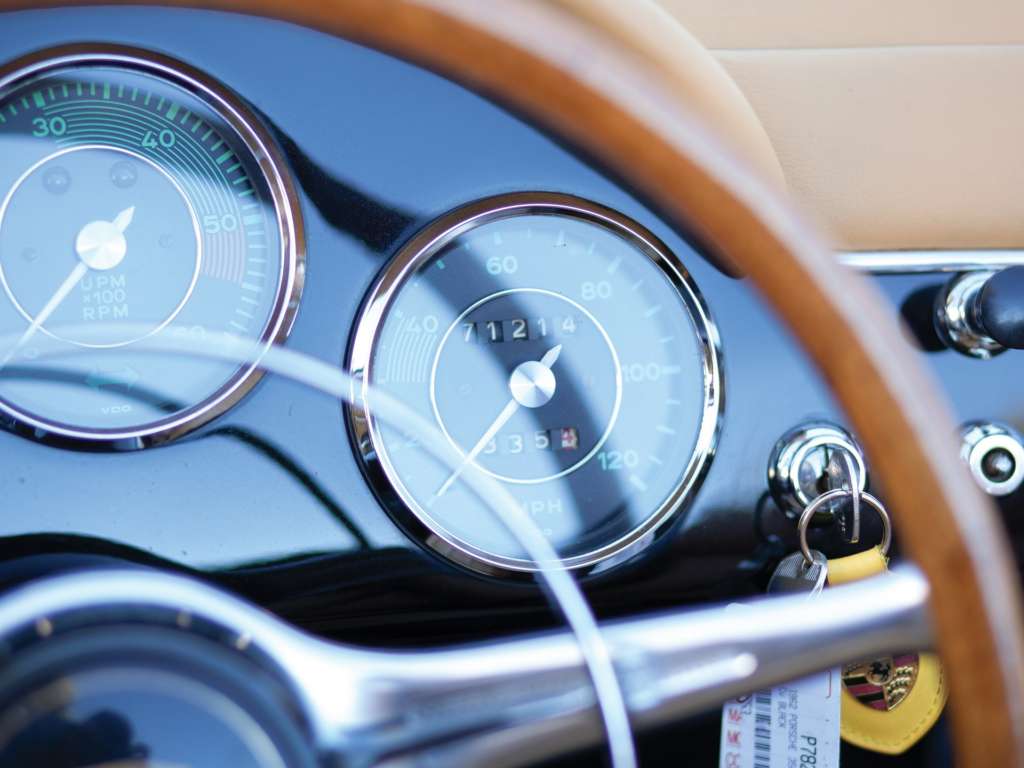 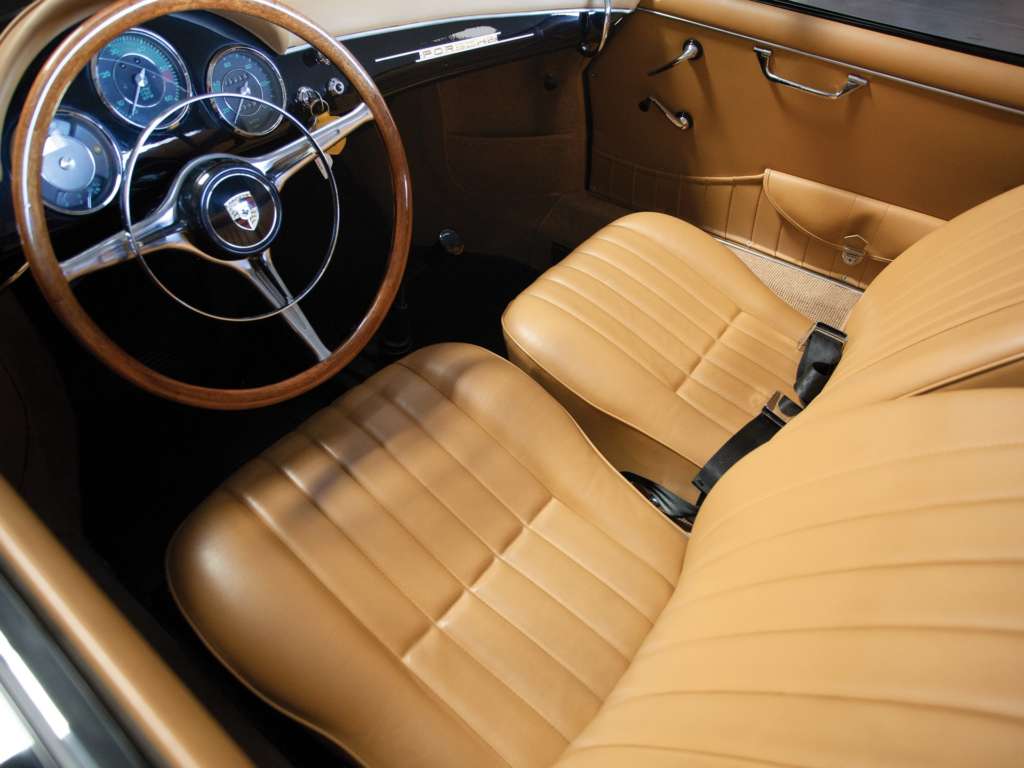 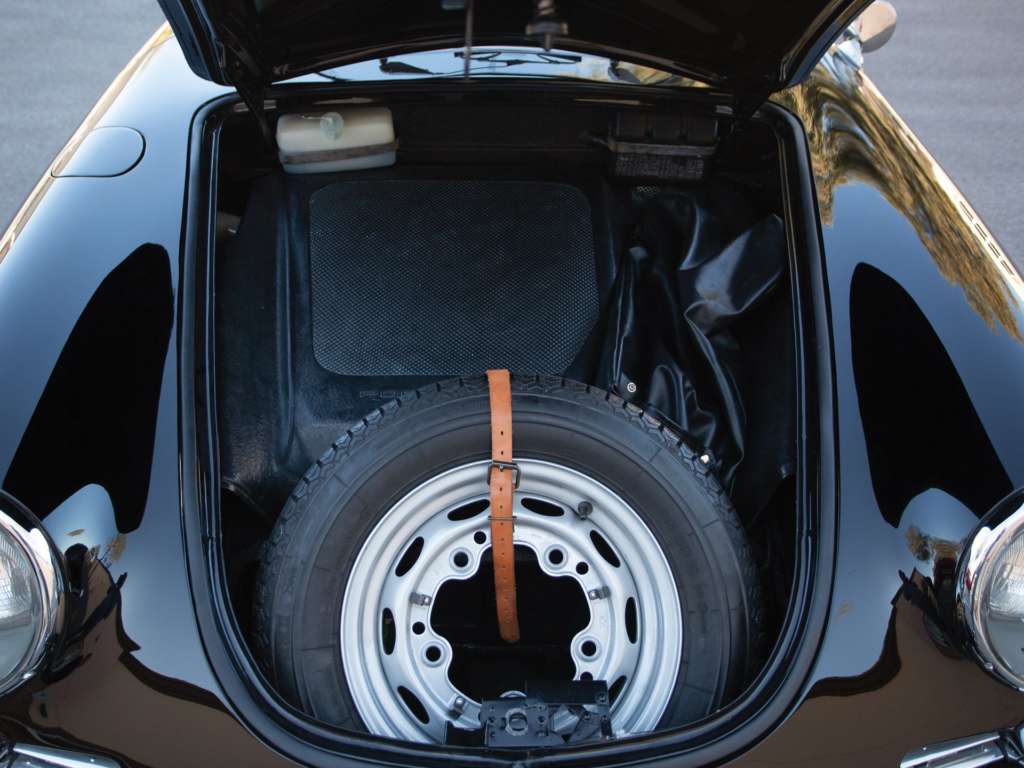