911s from the late 60s and early 70s are arguably the prettiest cars that Porsche ever made, the styling remaining a firm favourite with companies and individuals who create restomod versions of this classic sportscar. Our sister company Paul Stephens Autoart have been building bespoke 911s featuring the classic style of this era, combined with modern features and performance since 2005 and the owner of this car paid a visit to Paul Stephens in 2016 to discuss a possible commission of a Classic Touring model, but realised it was beyond his budget. Coming from a family with a rich history in mechanical engineering and a general ethos of attention to detail, he decided after further research into other companies offering a similar concept within his budget, that with carefully chosen collaborations, he could create a car himself that would be built to the high standards he was seeking.

A 1977 donor car was sourced complete with recently fully rebuilt 3.2 litre engine from GCS engineering and was stripped of its mechanical and interior components before being handed to Norfolk Premier Coachworks, a company well known for restoration of historically important Porsches and very well placed to carry out the body work on this car.

The existing shell was media blasted and all corrosion removed before having new steel panels fitted including genuine pre 73, bonnet, front slam panel, front wings and bumpers together with SC flared rear arches to allow for the wider rear wheels to be fitted. Once completed, it was correctly painted to factory standards and specification in Porsche Meissen Blue (703) and the final bill of £53,196 for the bodywork alone should leave any purchaser in no doubt that the highest quality of workmanship was expected and delivered.

Whilst this was taking place all other mechanical and electrical components were being restored/replaced with new with fully documented invoices listing all the new parts purchased including the gearbox and differential which was entrusted to Tuthill Porsche for a full rebuild including the fitment of a `soft` LSD for road use and costing £6,913.56.

Braid are renowned for supplying Fuchs style wheels for period competition cars when originals are no longer safe because of age or simply unobtainable.  As an RSR style finish was required, a new set of 7×16 and 9x 16 Braid wheels were purchased with centre caps together with a twin outlet rear silencer manufactured by Simon Rush to enhance the cars subtle aggressive stance.

In period Recaro would have supplied the original seats, however as these are no longer available, several companies are supplying alternatives. DESA from Italy have developed an exact copy of the period original, so naturally our owner purchased a new set for his build. Normally only supplied in black or tan, he persuaded DESA to trim his seats in anthracite grey and supply enough matching leather to trim the rest of the car. Any additional interior was supplied by Lakewell and installed by Gary Sargent together with a new 390mm diameter Nardi steering wheel, his preferred choice over the commonly used smaller MOMO Prototipo.

The window frames have been correctly anodised and opening rear quarter light windows have been fitted as per original early cars.

In total, this build has had £90,000 of new parts/ outsourced professional labour where required, as the owner a self-confessed perfectionist slowly created his dream 911, the last picture in accompanying gallery in particular shows how even the parts you will never see again are now as new.

Sadly, having spent four years creating the `perfect classic 911` for himself, our owner now needs to raise some additional funds for something else, hence it has now very reluctantly come to the market.

On the road this 911 Restomod looks fantastic in its period Meissen Blue hue and with fully rebuilt mechanicals together with a correctly and fully restored bodyshell, performs just as you would hope offering significantly enhanced performance over an original, whilst the perfectly spaced twin outlet silencer can either provide a raucous bark, or muted burble depending on your mood.

With just 500 miles since completion, this is a fantastic opportunity to acquire a beautifully built classic, obsessively created by an individual who understands the concept of a great air cooled 911. 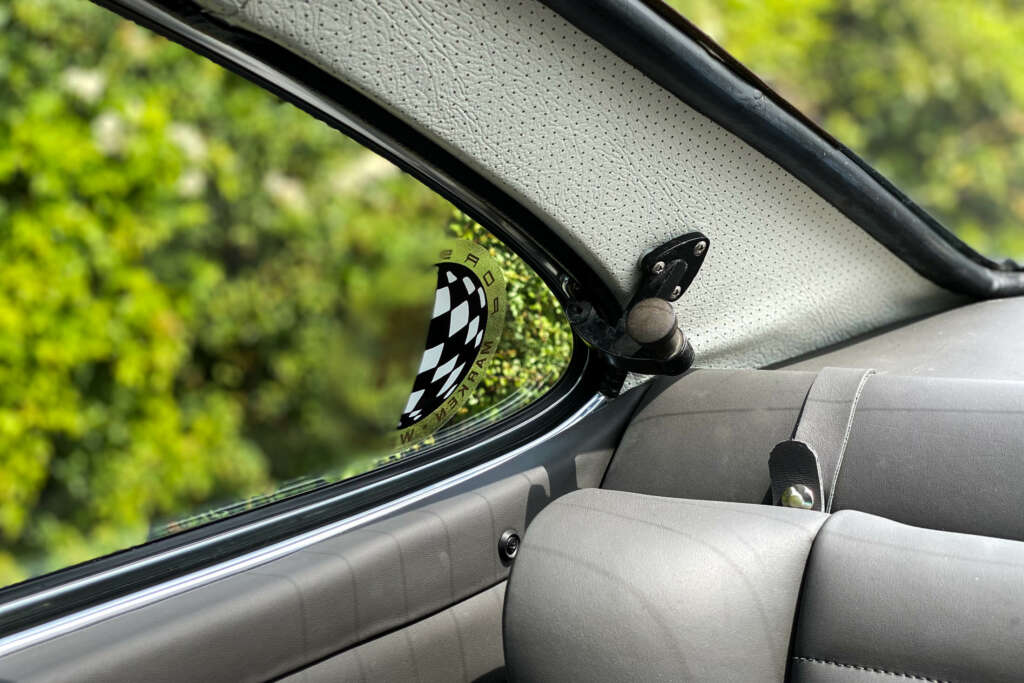 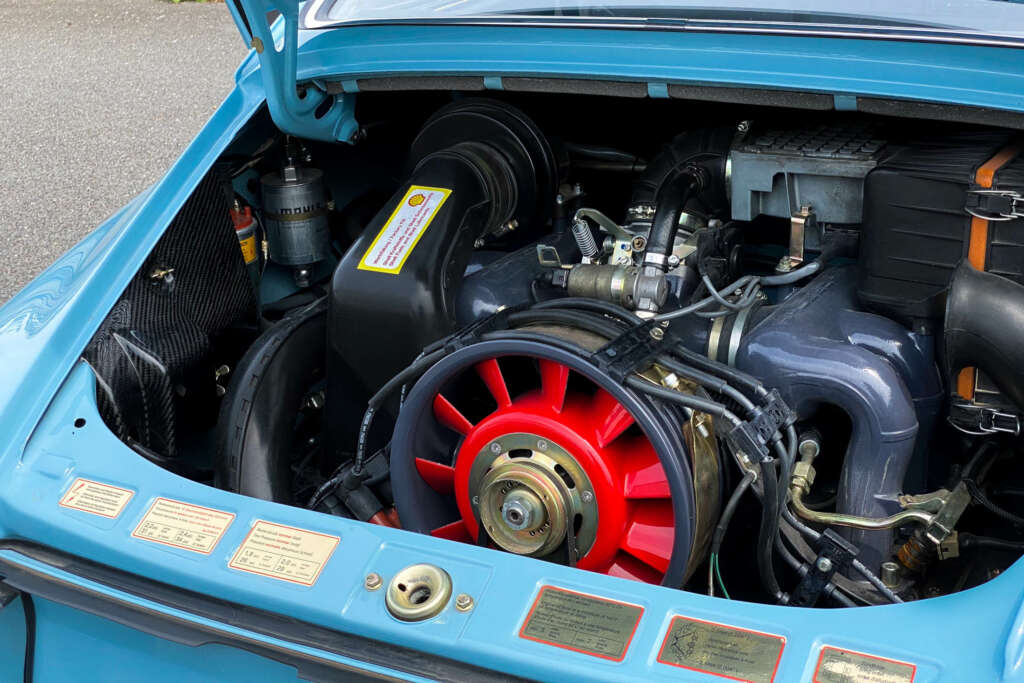 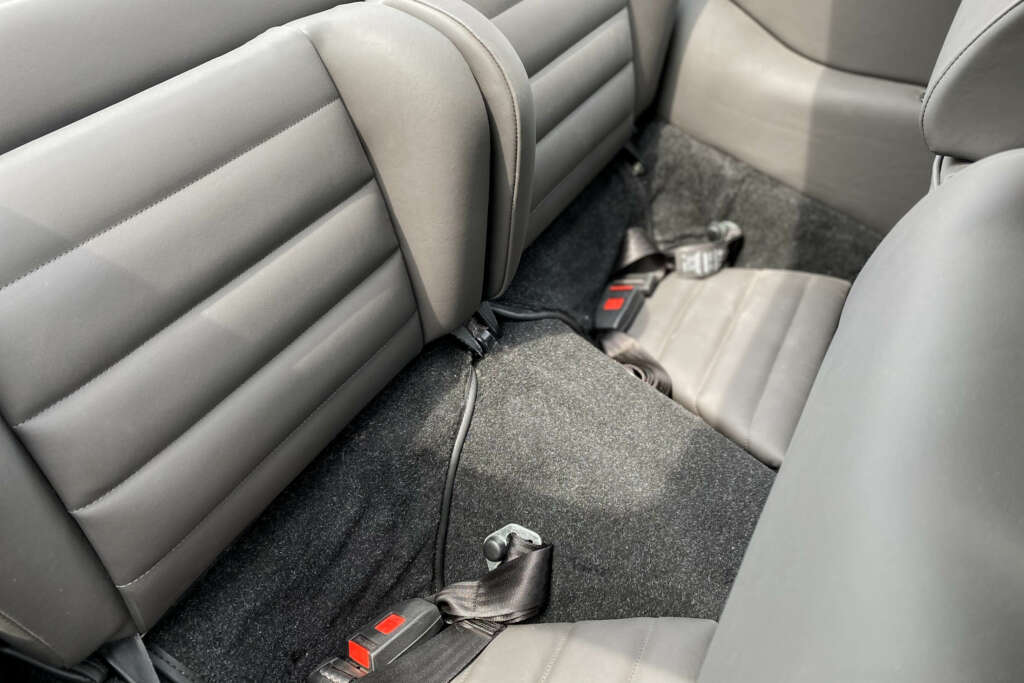