This Porsche 911 Carrera 2.7 MFI Targa is an exceptionally rare example of the open-top sports car, and one of only two UK-market cars finished in the striking factory hue of Magenta. Previously restored to an incredibly highly standard and entered into a number of Concour d’Elegance events, this superb 911 remains in wonderful condition throughout, and would make a standout addition to any collection of Stuttgart’s finest. Very rare car, only a handful of UK MFI Targa were made, I believe the number to be less 8.

This Matching numbers example is 1 of 2 ever made in Factory Magenta , the MFI is rarer than the 1973 2.7RS that it is based on.

A rare, right-hand drive example of the classic open-top sports car, benefitting from an extensive prior restoration and presented in a fantastic factory colour combination.

Under the engine lid is the numbers-matching 210bhp 2.7-litre air-cooled and fuel-injected flat-six, which drives the rear wheels via a five-speed ‚915‘ manual transmission.

It is one of 42 right-hand drive 1974 model year cars, and understood to be one of only two UK-market cars finished in the eye-catching shade of Magenta.

This 911 has competed in various high-profile Concours d’Elegance competitions since being comprehensively restored in 1990, and has also taken part in several Porsche Club GB events in the ownership of the club’s former registration secretary.Further restoration work was performed in 1996, and the car was made available for TV, film and location shoots in 1997.

The five-digit odometer currently indicates 13,098 miles; however the true mileage is believed to be 113,098 miles.

This 911 Carrera 2.7 MFI Targa was ordered following the 1973 London Motor Show with the same Magenta paintwork as Porsche’s display car, with the original specification also comprising a black Targa roof panel, a single wing mirror, Porsche script decals, and 15-inch wheels.It was originally ordered with a two-tone Midnight leatherette and Shetland cloth interior, and the car has been re-trimmed in this original combination at significant expense.Its original owner’s manuals, toolkit, spare wheel and jack will be included, along with a Porsche Certificate of Authenticity, evidence of the service history, a vast photographic record of the restoration work and various newspaper clippings and magazines, which detail the car’s concours competition history.

There is no known prior bodywork damage.Previously repainted in black, but restored to its original Magenta hue in 1991 and resprayed again in 1999, the paintwork now presents in excellent, show-standard condition, though a few small stone chips can be seen on the black bumper trims.Inside, the seats upholstery, carpets, trims and seals have been renewed by Dave the Trimmer of Bedford, at a total cost of £12,000.

With the exception of a few minor blemishes on the steering wheel and dashboard plastics, the cabin is now in immaculate order.No electrical or mechanical faults have been detected.The car’s last MOT test was conducted on 7 September 2020 at an indicated 12,037 miles, which resulted in a clean pass with no warnings or advisories.

This 2.7 Targa’s most recent maintenance was in September 2021, when technicians at Carrera Performance in Horsham replaced the engine oil and tappets as part of a major service.Prior to this, the car was routinely serviced by its former keeper, who was a mechanic and race car specialist. 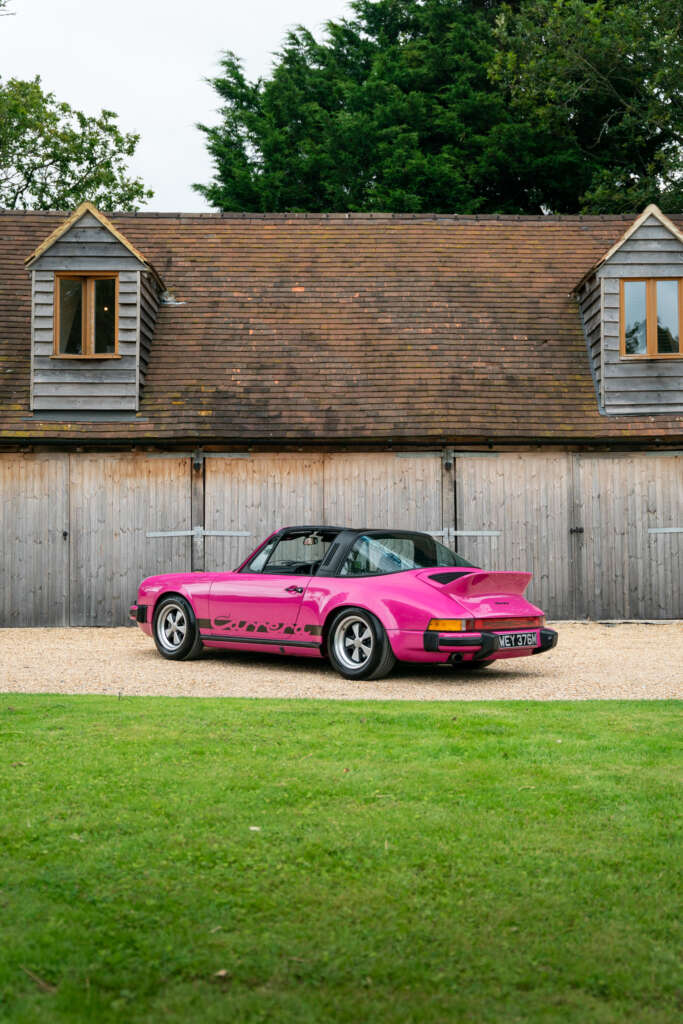 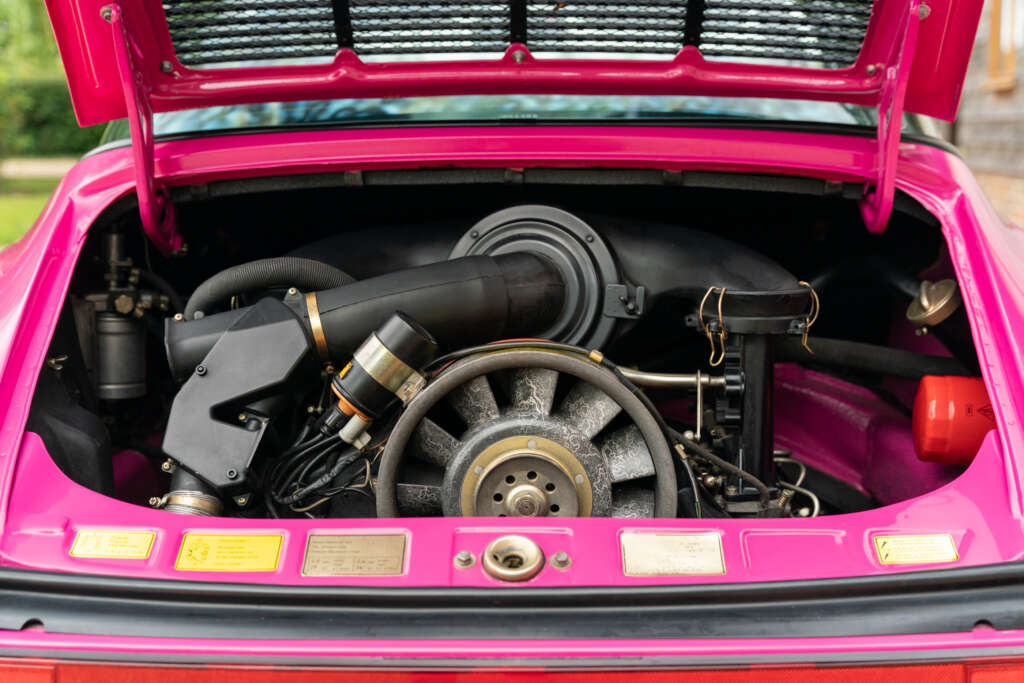 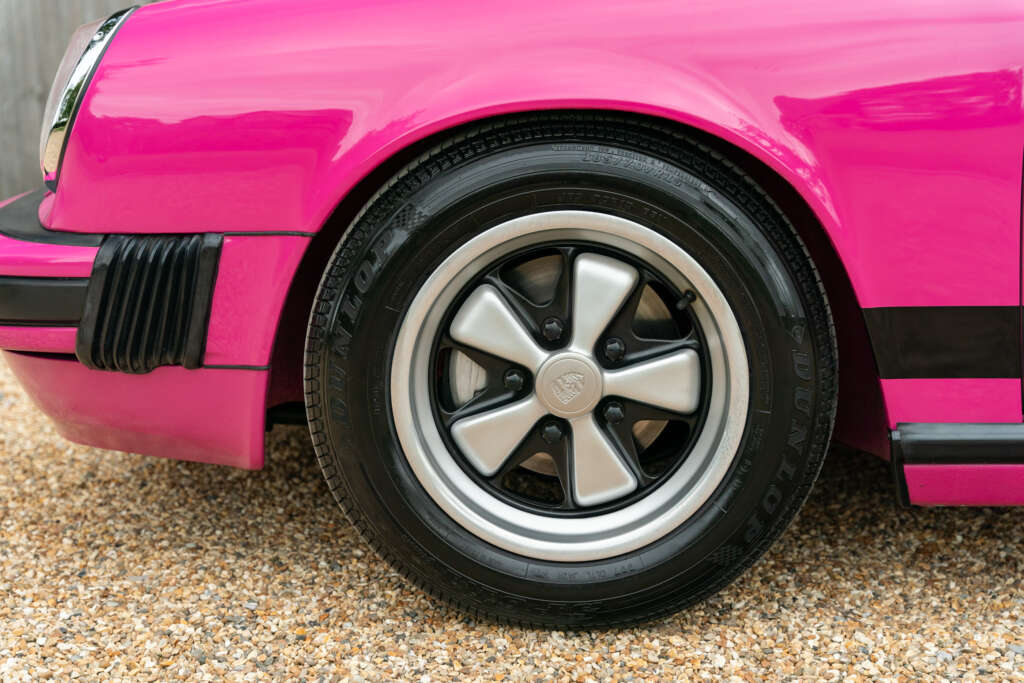