Registered in September 1989 before being sold in France where it now resides, the car has spent a significant part of its life in Japan, as proven by the maintenance bills and the very complete logbook, with only 76,000 kilometers on the odometer. It is delivered with its Japanese and English manuals, as well as a set of appropriate tools. Paint thickness suggests that this car is, with the exception of one wing, in original paint.

Very well maintained, one of the rarest Porsches in production. A perfect car for the beautiful days ahead! In 1989, Porsche resurrected the Speedster appellation. A version that brings a smile back to the faces of 911 lovers who see here a return of the original 911. The Speedster brings the generation of 911 Type G’s to a fitting close.
Immediately celebrated as a true classic when it was launched in 1989, the Porsche 911 Speedster was a tribute to the first Porsche 356 Speedster of the 1950s. With its windscreen 8 cm lower and 5° more inclined than the standard convertible, this car had a minimalist look and weighed 70 kg less. This limited edition Porsche 911 was therefore a real enthusiast’s car. Equipped with the 3.2-litre Porsche Flat 6 engine and developing 231 hp, the Speedster was based on the platform of the 911 Carrera 2, with a „Turbo“ specification suspension.

The two rear seats had been removed by the factory to make way for the fairing covering the fabric soft top, giving the car a unique and dynamic look. At the time, Porsche offered options such as a limited-slip differential, leather upholstery, metallic paintwork and an air conditioning system. Of the total production of 2,200 cars, only 171 were fitted with the narrow bodywork, making this „non-Turbo-Look“ Speedster a particularly desirable car for collectors.
While the idea of a future third generation of 911s is still in the minds of the fans, a fourth variant is being developed. Just imagine. A 911 Speedster with the line, concept and philosophy of the 356. Like its ancestor, the 911 Speedster is built on the basis of the convertible version. The rear seats are removed and replaced by a double bubble soft top cover which, by lowering the front and raising the rear slightly, improves aerodynamics. The windscreen inherits the same specificity as the 356: it is lowered, reinforcing the aggressive side. While the first 911 cabriolet was under development, since the mid-60s, Peter Schutz and Helmuth Bott began exploring an idea to revive interest in the brand by bringing back the Speedster. Basing the project on the convertible once the development work was completed, the duo decided that it would be possible to produce it. The convertibles began to come off the assembly line in 1982 and, to the satisfaction of Schutz and Bott, production of the SC convertibles exceeded 4,000 units and almost equaled that of the coupes. Between 1984 and 1989, the total production of convertibles exceeded that of the Targa by almost ten percent.

In the meantime, two Speedster prototypes were produced. The first, called the Speedster Schutz, was based on a turbo-looking Carrera with flared wings and a removable eight-inch windscreen. The second, called the Bott Speedster, was assembled on a narrow convertible body with an ultra-low windscreen that wrapped around to meet a solid tonneau cover with a raised headrest behind the driver. In October 1987, Porsche presented the Speedster Clubsport concept at the Frankfurt Motor Show, showing what was essentially a more elaborate version of the narrow-bodied prototype that Bott had driven but reducing the convertible to a single-seater configuration with a flat tonneau cover and an integrated low windscreen.

The success is there, with 2,274 examples coming out of the Porsche workshops. A very nice score when you know that the 911 type 964 went into production only a few months later !

When Porsche unveiled its new range of models, some European dealers who had already placed pre-orders for the Speedster were dismayed to learn that Porsche had decided to build the Speedster on the Turbo platform to seduce the American market. Marketing, sales and production deliberated together to find a solution and ended up ordering a series of 171 narrow-body Speedsters, representing 8% of production!

More aerodynamic, the performance benefits. They are even more so thanks to a lightening cure. The windows are now manual, the doors lose their interior handles, and the rear seats are lighter. Its success has made it one of the brand’s most emblematic models. The 911 Speedster remains pleasant to drive, sufficiently powerful and agile, although the driving experience is that of a classic car. 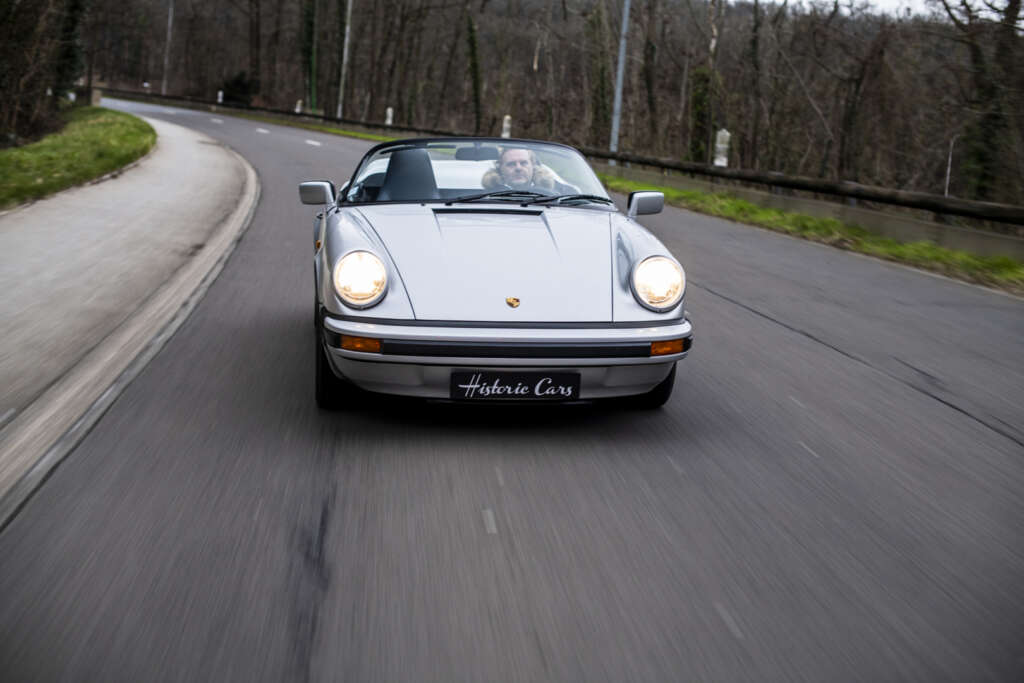 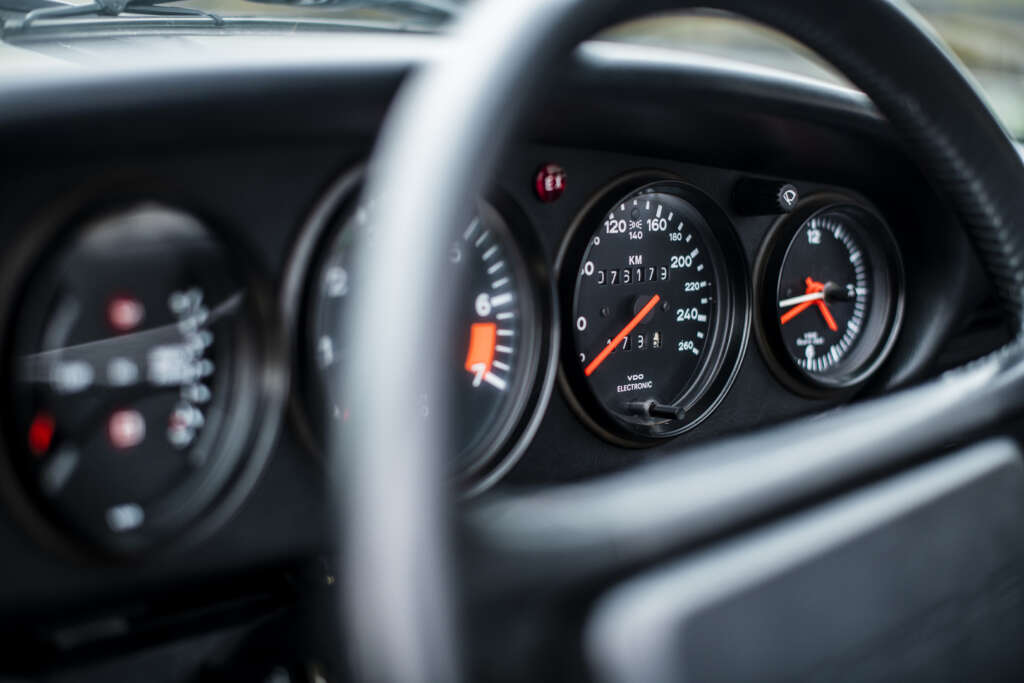 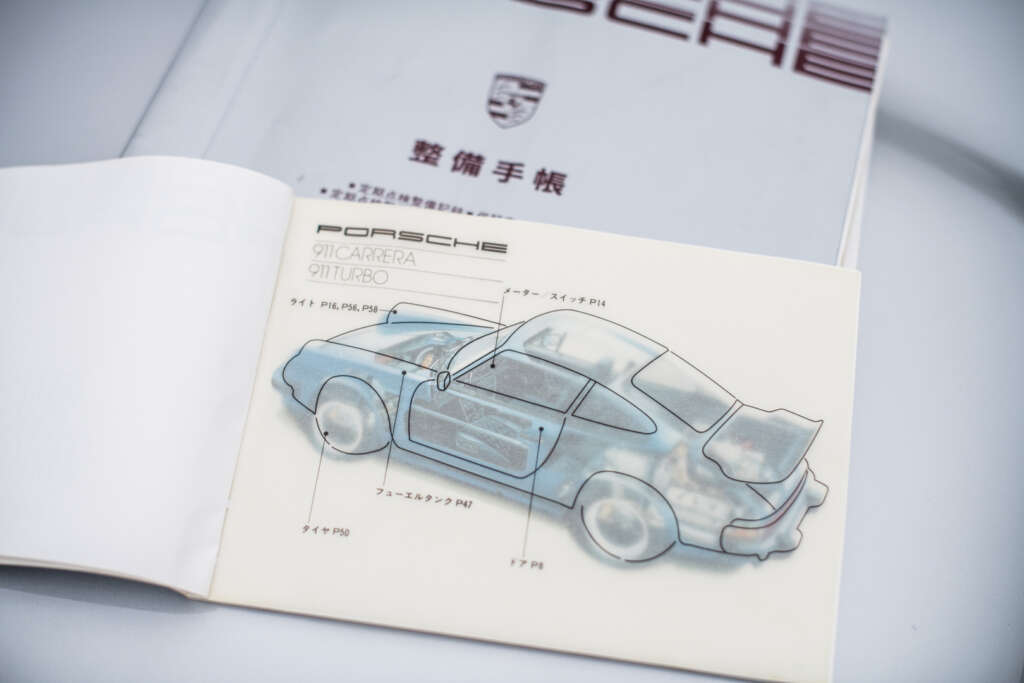