One of only 226 Turbo-look C16 Coupes with an impeccable history and in special-order Meteor Grey Metallic.

Manufactured in 1985 in right-hand drive, this stunning 911 Carrera 3.2 was indeed one of those ‘Option M491-Turbo-look‘ cars making it rather exclusive, however, its exclusivity was taken to the next level as it was finished from new in ‚Paint to Sample‘ (Code L999) Meteor Grey Metallic, a superb colour for these distinctive Turbo-bodied cars and head and shoulders above the flurry of Guards Red, black and white 911s. First registered to AFN Porsche it was optioned with, electric sunroof, central locking, electric passenger seat, rear wiper and electric passenger mirror. It proudly displays an incredible service record with thirty-four stamps in the service book punctuated by a gearbox rebuild by Gantspeed in 1995 (60,000 miles approx), a full body restoration in 2014 and an engine rebuild in 2015. Most recently it has been fully overhauled by Porsche specialist Sam Lander and fastidiously returned to ‚totally standard‘ condition with the exception of a stainless steel exhaust system. The Porsche Letter of Authenticity confirms all the option codes and the car is supplied with every MOT Certificate back to the first in 1989 corroborating the indicated 85,765 miles from new. The current MOT is valid until August 2021 and the full inventory includes all books in the original Porsche wallet, tool kit, OE orange tyre inflator and its original Blaupunkt Bremen radio.

This is an amazing, Concours-standard, ‚M491‘ in a really fabulous colour and with an impeccable service history. The 911 ‚Turbo-look‘ was mid-eighties era-defining and this flawless example, sensibly guided, will reward any inspection.

Possibly the ultimate version of the 3.2 Carrera was an ‘Option M491-Turbo-look’, or ‘Supersport’, as it later became known in the UK.  Initially, Option M491 was only available on a coupé through the ‚Special Wishes‘ programme, but was later extended to include a Turbo-Look Targa and Cabriolet in 1985, then became an official model from 1986.  From 1987 the designation was officially known as SSE (Supersport Equipment). ‚M491‘ was not just a sop to the excesses of the 1980s, with flared arches evoking the appearance of some dramatic Porsche models from the past, but was a popular option offering the ‚macho‘ good looks of the Turbo without the mechanical complexities. However, it was not cheap adding over £10,000 to the cost of a standard variant by the end of the model’s life in 1989, possibly explaining the relatively small build numbers.  The spec also included a limited-slip differential, the stiffer suspension and superior braking system from the 930 Turbo, a wrap-around deep chin-spoiler, the famous ‘tea-tray’ rear spoiler, and wider Fuchs alloy wheels.  The rarity of M491/Supersport models is undeniable, especially in right-hand drive, but official figures are hard to come by.  A respected source quotes that just 651 C16 (UK-supplied) M491 cars (including all Coupés, Targas and Cabriolets) were built between 1984 and 1989. 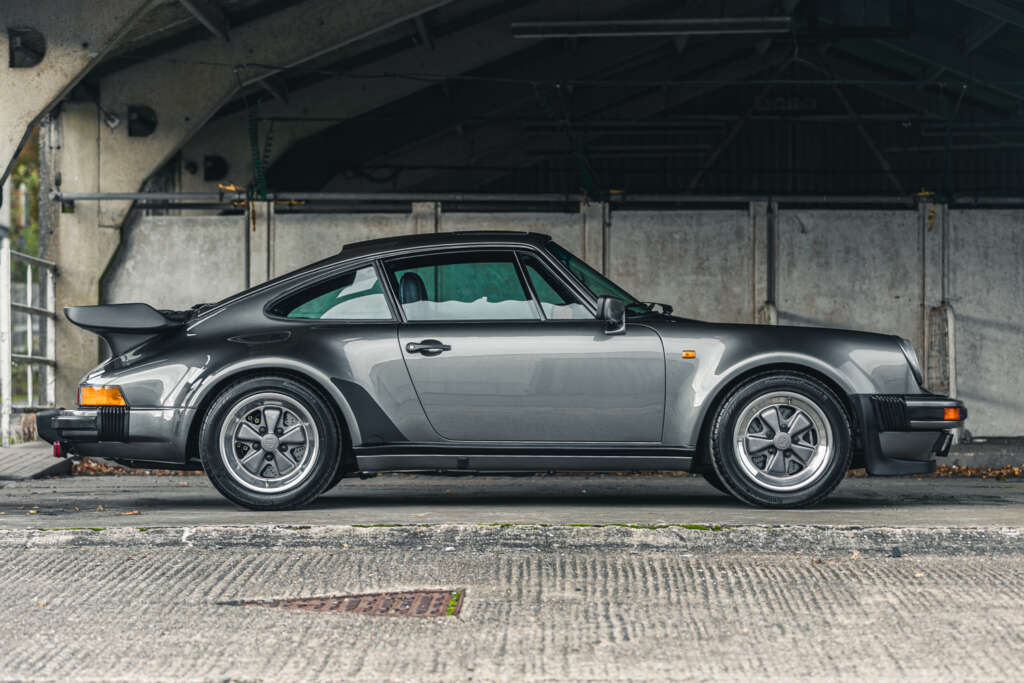 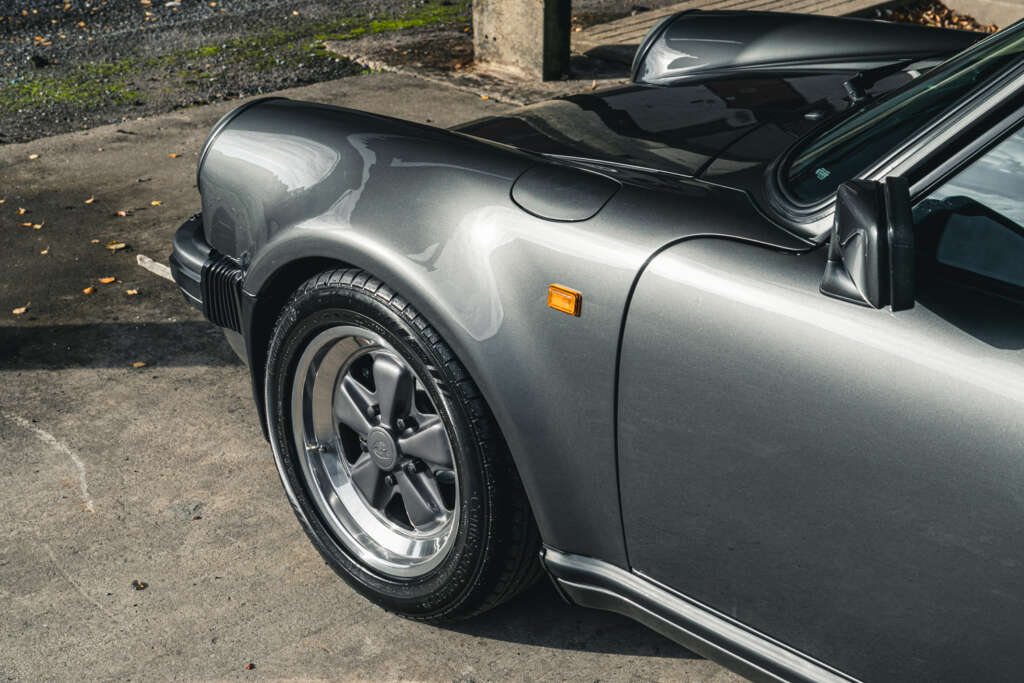