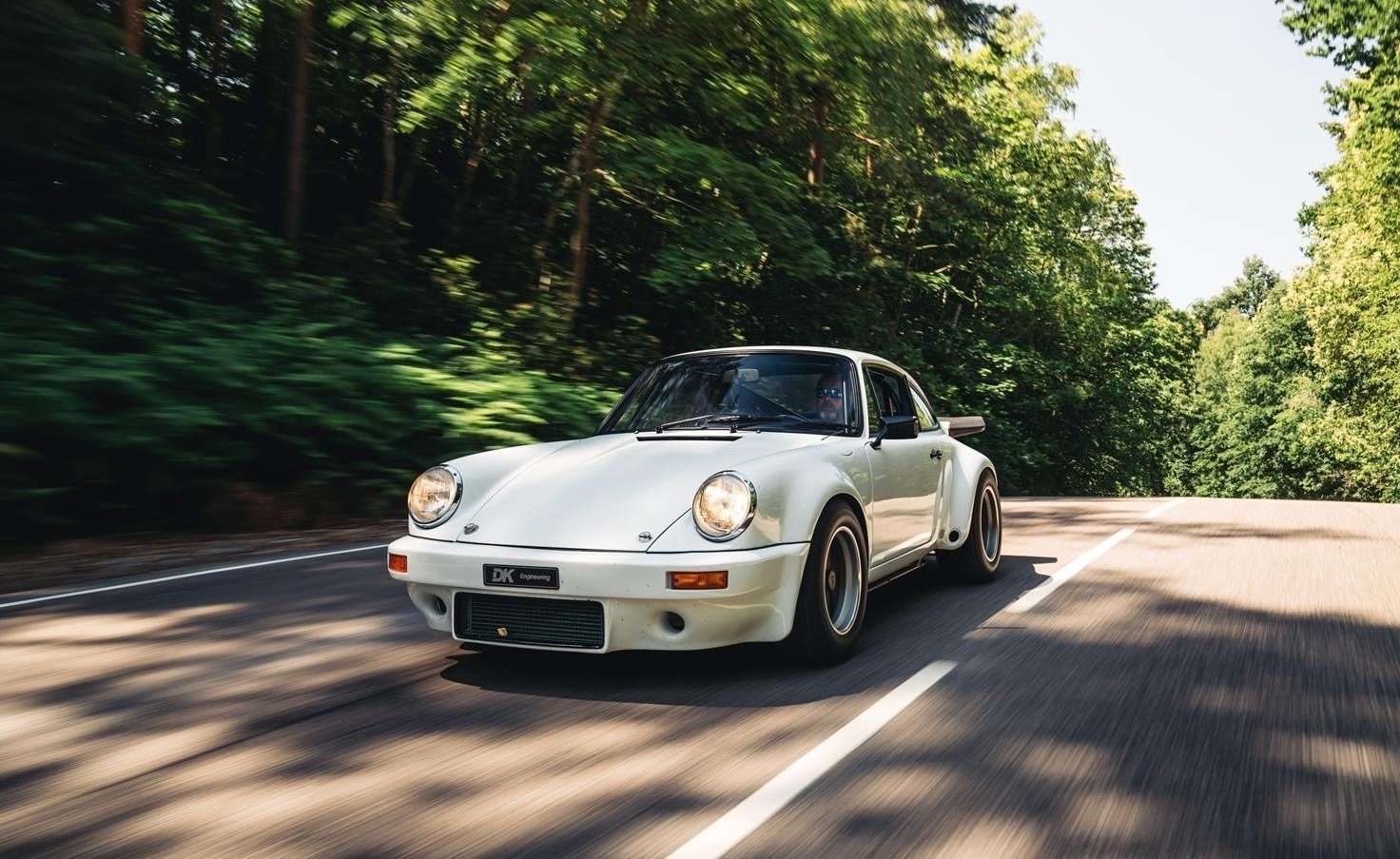 Remarkably, despite this car’s phenomenal racing record, which includes finishes at the 24 Hours of Le Mans and the Nürburgring 1000 km, both known to be two of the most gruelling sports car races in Europe, this 3.0 RS still remains one of the most original and unmolested examples extant. Mark Waring’s report confirms there is no evidence to suggest the car’s other stamped numbers and associated components are also not original. (Please note the engine is a replacement item as is common-place with the 3.0 RSs with race history). 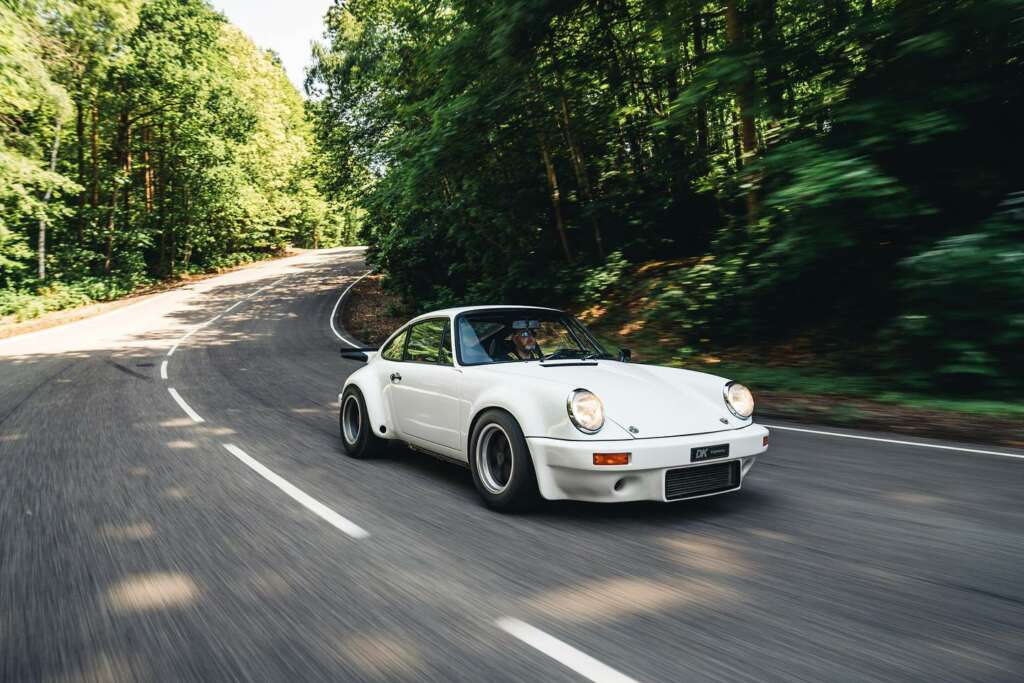 Built to homologate the 3.0-litre RSR for the 1974 season, Porsche’s 911 Carrera 3.0 RS wonderfully toed the line between street legal and competition bred 911s. Considered by many to be one of the most collectible and desirable 911s ever produced, only fifty-six 3.0 RS’ were built, a miniscule number in comparison to the 1,580 Carrera RS 2.7s that left Stuttgart in 1973.

Updates on these cars were numerous and included not only increasing displacement to 3.0-litres in its type 911/77 engine, but also new cylinder heads with larger inlet ports, revised valve heads with larger inlets and exhausts and a more durable aluminium crankcase. All four wheels were widened by an inch and ventilated disc brakes developed from the 917 helped rein in its performance. As a result of the wider wheels, the bodywork was also widened alongside the fitment of a deeper front bumper to house a larger oil cooler, and the 2.7 RS’ iconic ducktail spoiler was replaced with a larger ‘whale tail’ rear spoiler.

Remaining in its native Germany, this 3.0 RS was purchased new by Claus Utz in January of 1974, who immediately proceeded to compete with the car in a variety of events across Europe. No stranger to motorsport, Utz was a Reutlingen-based businessman who had previously raced a 911 S, and there’s no doubt that his purchase of a 3.0 RS would place him further towards the front of the grid. To summarize, the car competed with Utz at roughly 100 races in between 1974 and 1977, including at tracks as far afield as Spa Francorchamps and Brands Hatch.

Undoubtedly the car’s most significant event was its entry at the 24 Hours of Le Mans in 1975. Entered by the Swiss Porsche Club Romand, in addition to Klaus Utz, the car was also driven by Horst Godel and Jean C. Béring of Switzerland sporting race number 63 and competing in the GT class. Finishing 5th in class and 19th overall, RSRs dominated the field with entries from well-known teams such as Georg Loos’ Gelo Racing and Kremer racing. Further to that, 911s of any variety comprised of half the field (28 of 55 cars that year).

In addition to his finish at Le Mans, Utz saw a string of first in class finishes in the O.N.S. series and the Europa Weltmeisterschaft. Early in its competition career, the car was finished in grand prix white with gold ‘Carrera’ side script, but this was later changed for Le Mans in 1975 when it was painted silver with a black front bumper and black wheels. In 1976, he competed in all of the rounds of the Deutschen Rundstrecken-Pokal (German Circuit Cup), placing third in the championship.

Jürgen Lässig would be the car’s next owner and following his purchase in 1977, he continued to race the car through 1979. Lässig, also a businessman hailing from Reutlingen, his racing career started several years earlier in a 2.7 RS and later a Carrera RSR. Supported by Max Moritz’s local dealership (who also supported Utz), Lässig managed to secure Hugo Boss as a sponsor, and the car was refinished in a black and gold livery sporting the company’s logo. Clearly supporting of his racing endeavors, Hugo Boss would remain a sponsor with Lässig through 1985 when he was racing a 956.

For 1977, Lässig and his 3.0 RS were regular entries in the German circuit trophy endurance races, especially those on the Nürburgring. During his ownership, he shared driving duties with Hermann P. Duge, another successful driver based in Reutlingen. Perhaps the pair’s biggest success in the 3.0 RS came at the Nürburgring during the 1,000 km race in 1977. There, the pair managed 12th overall and 2nd in class, just losing out on the class win to another Max Moritz-entered Carrera 3.0 RS.

The 3.0 RS continued to race with Lässig and Duge throughout 1978 and finally retired from racing duties the following year – having contested circa 100 races. Subsequently sold to Switzerland, the car remained there for a number of years and was then sold to Don Coaster in the U.K. From there, the car went to Charlie Agg in the early 2000s. Afterwards, the car travelled back to Europe and was owned by Conrad Ulrich and then was later owned by Lukas Huni. In 2013, the car was purchased from Switzerland by a well-known Porsche collector. Under his ownership, the car was entrusted to RS expert Marc di Siebental for restoration and tour preparation. Fittingly, over the following four years, the car took place in a handful of events, most notably the Modena Centro Ore and the 911 anniversary race at Le Mans Classic in 2018. For the latter , the car was returned to its 1975 Le Mans livery.

In 2019, DK Engineering sold the car to another U.K. based collector and historic racer, at this point a detailed and thorough inspection was carried out by Tuthill Porsche and Mark Waring who scanned all of the car’s stamped numbers to confirm there was no suspicious stampings or tampering, which can so often be the case with these motorcars.

Remarkably, despite this car’s phenomenal racing record, which includes finishes at the 24 Hours of Le Mans and the Nürburgring 1000 km, both known to be two of the most grueling sports car races in Europe, this 3.0 RS still remains one of the most original and unmolested examples extant. Mark Waring’s report confirms there is no evidence to suggest the car’s other stamped numbers and associated components are also not original. (Please note the engine is a replacement item as is common-place with the 3.0 RSs with race history).

A 3.0 RS is a very rare and special motorcar. Only around half of the 56 car production raced in earnest. Of these, roughly twenty cars competed at the 24 Hours of Le Mans and fewer still are as authentic and genuine as chassis no. 9018.

Today, the car remains hugely eligible for a number of vintage driving events, including the Le Mans Classic and Tour Auto, where it would undoubtedly be highly competitive. 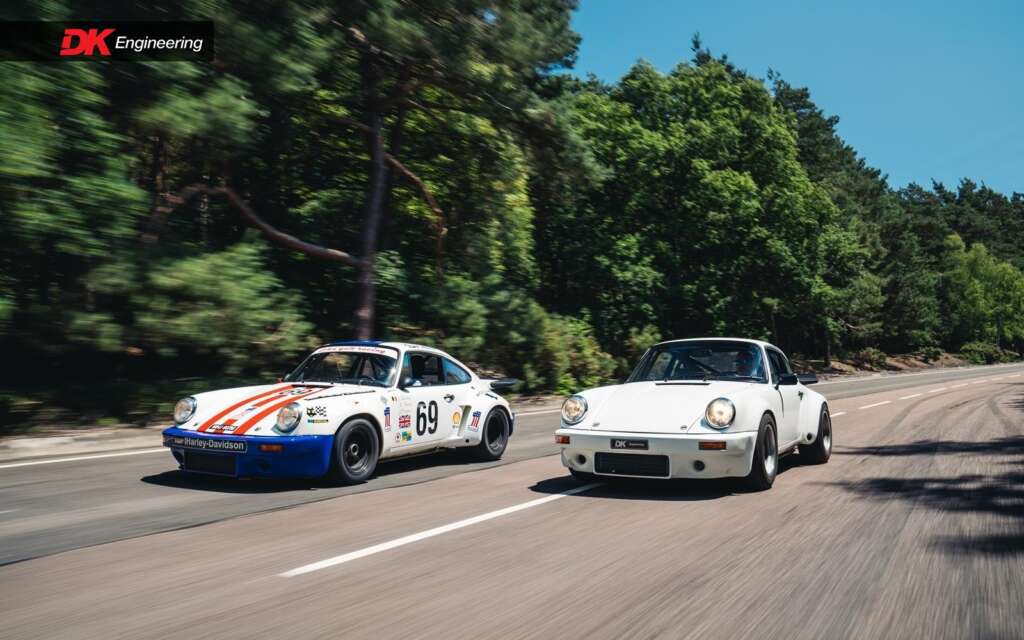 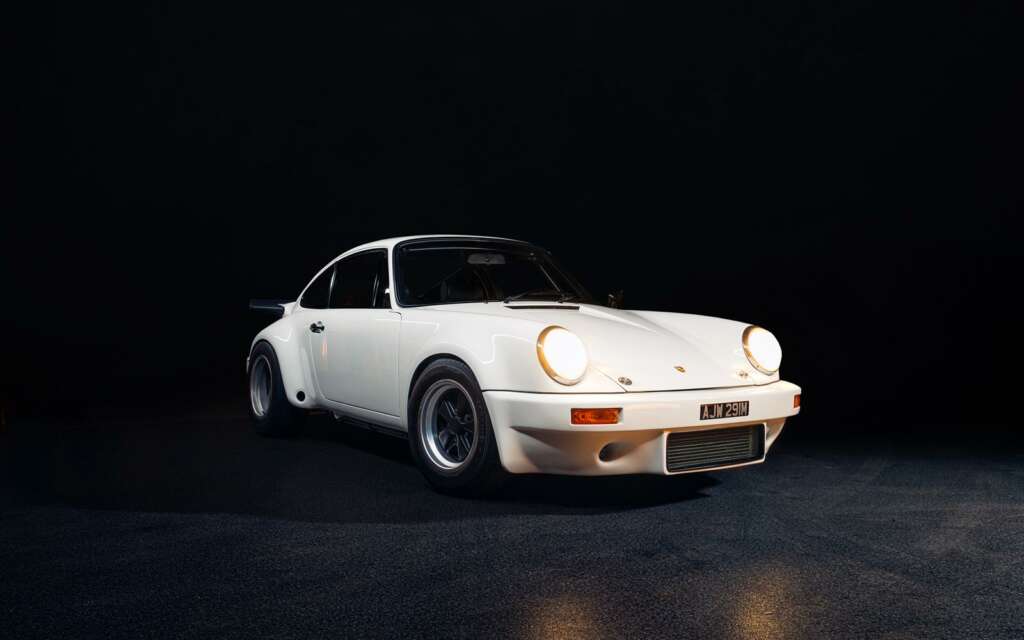 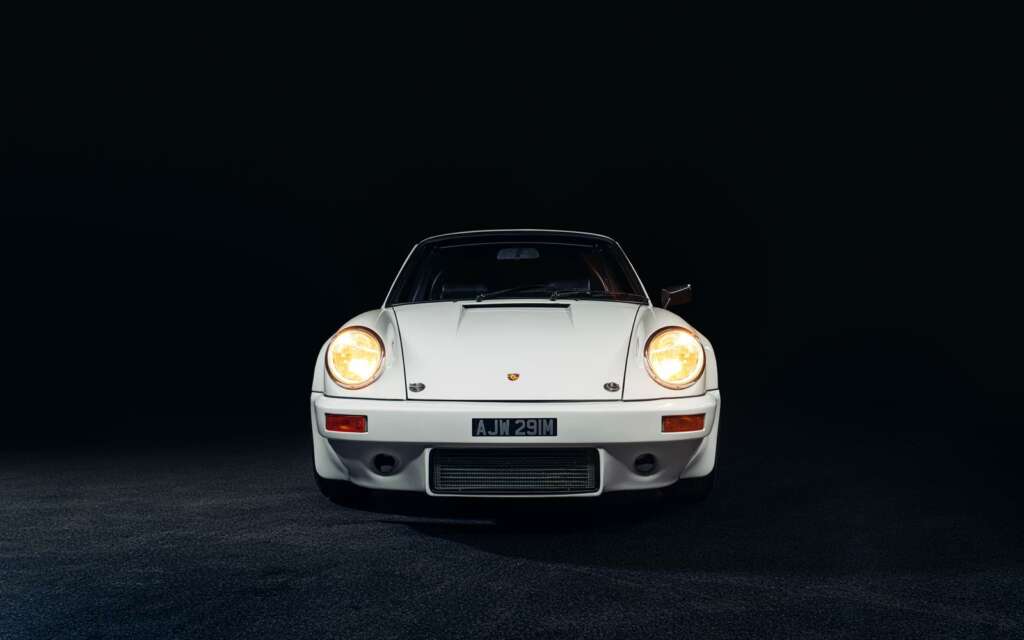 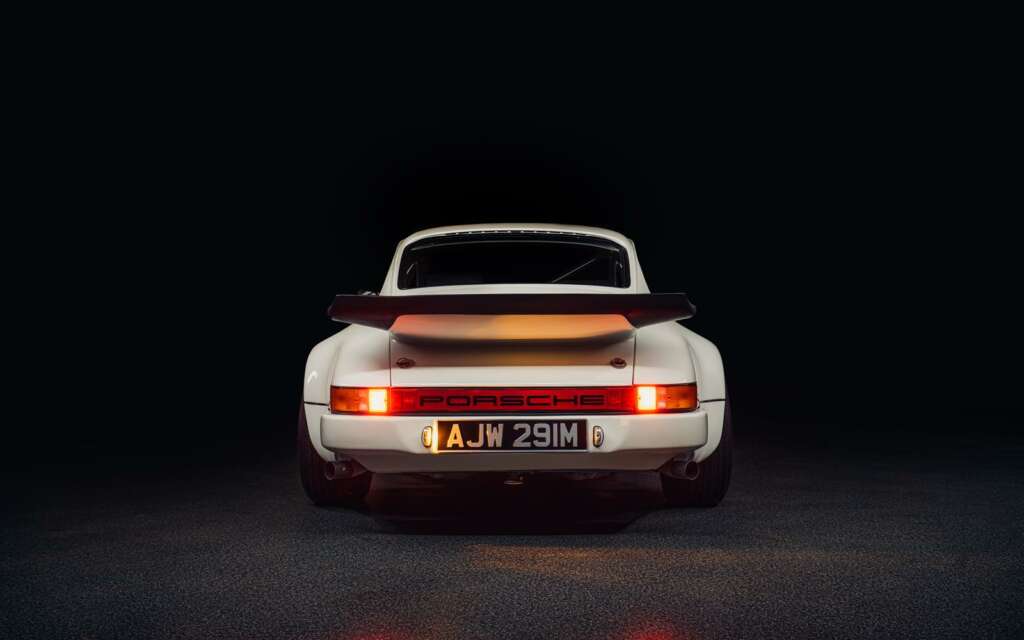 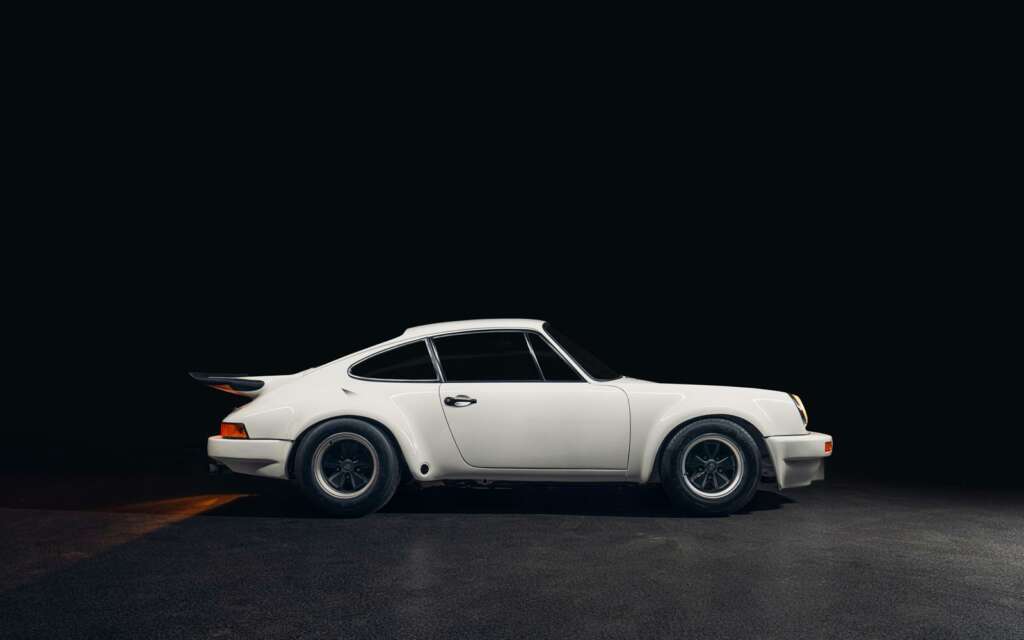 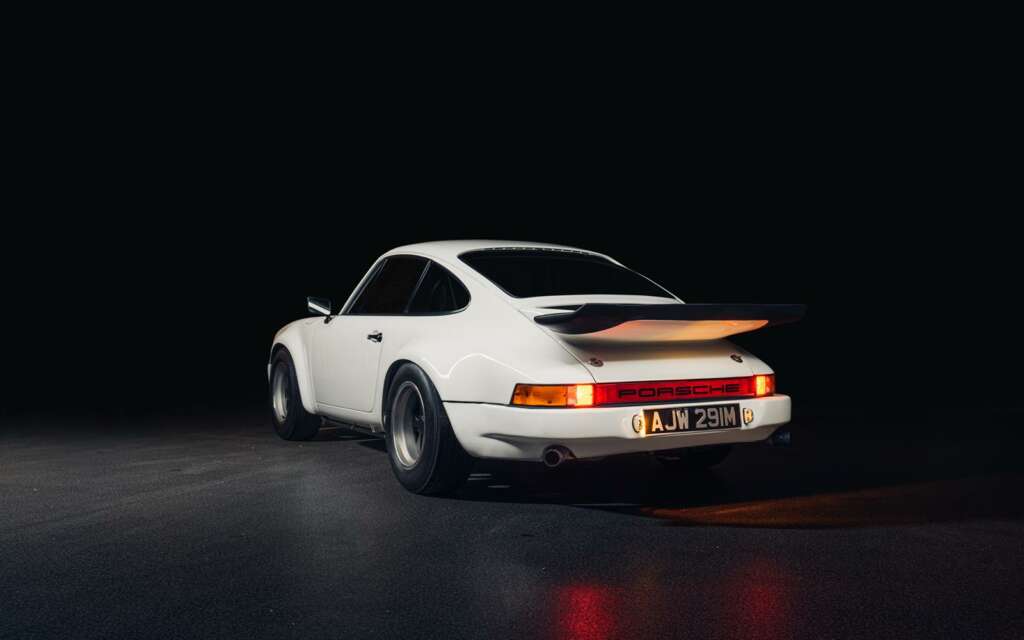