Void of any aero devices and a ’non-sunroof‘ specification, this 3.0 SC is an example of the purity of line achieved by Porsche with their mid-era 911s when they were not adorned with the inevitable ‚wings and things‘. Dating from early September 1977 (’78M/Y), it’s finished in the classic combination of Silver Metallic with a beautiful original black leatherette and velour pinstripe interior. A great deal of thought went into ordering the build of this 911 SC in 1977 with the focus on driver appeal and the Porsche Letter of Authenticity confirms almost thirty factory options including Bilstein suspension and anti-roll bars. Imported into the UK from Japan in 2015, already a totally original unmolested car, it was subject to a full bare metal restoration using all the original panels which when stripped were found to be in perfect condition testament to the favourable climate for most of its life.  Over the last four years, renowned Porsche Specialist Sam Lander has regularly serviced it and continued to ensure that it runs at its optimum best. It’s fitted with a modern electronic ignition system and a revised fuse pack in the interest of reliability and smoother running. With its performance and handling-focussed original specification and correctly set-up, it remains a delight to drive and enjoy some forty-five years later. The original six and seven-inch Fuchs alloys are date-stamped 1977 and the car is supplied with all its books, tools and tyre compressor and still has the original Blaupunkt radio and electric ariel. The odometer indicates 127,850km which equates to 79,442 miles and the car is now MOT and road tax exempt.

Make no mistake this is an early 911SC that really ‘pops’ and its high spec and intelligent set-up means that it’s totally at home on today’s roads. Over the course of a year, we deal with dozens of 911s, some so adorned with wings and spoilers that they would embarrass a Lamborghini Countach, so it’s really refreshing to be able to enjoy the simple timeless lines of a pure 911 from the seventies. Sensibly guided and we welcome any inspection of this Classic 911. 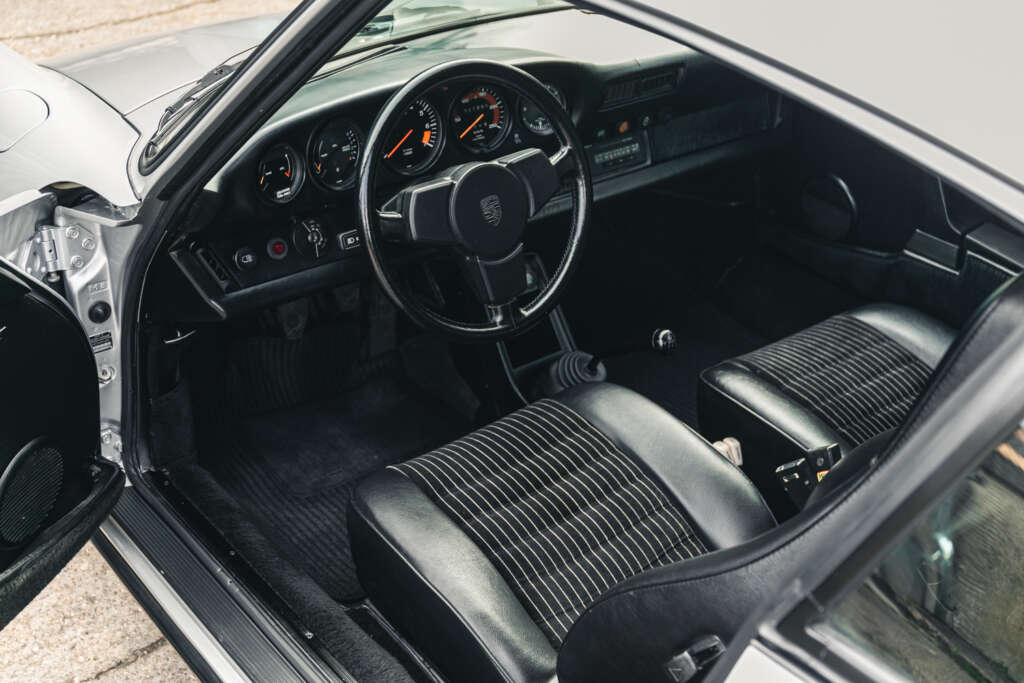