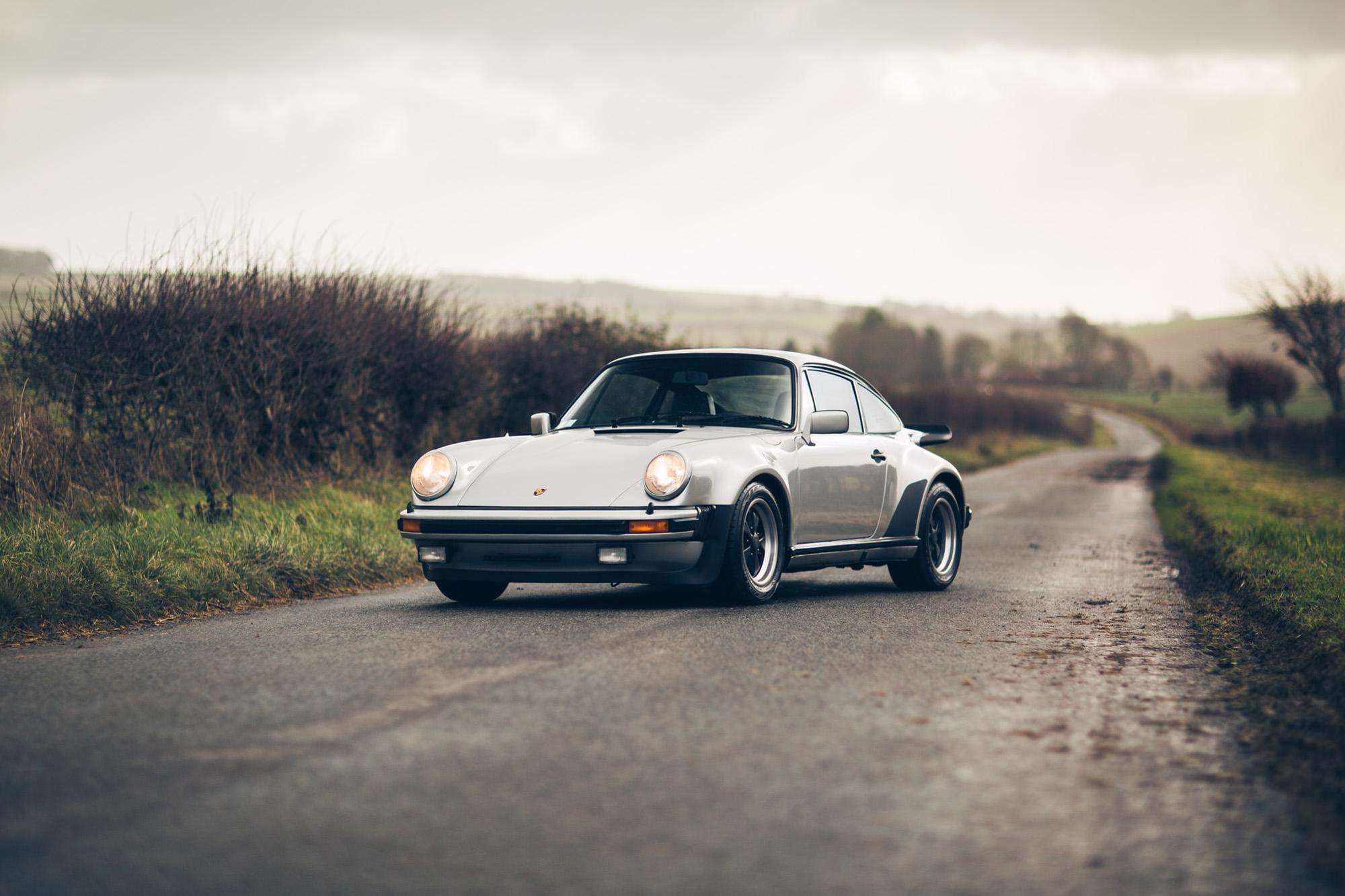 „It offers the finest blend of ultimate performance and refinement I have ever come across…“ – Paul Frère on the Porsche 911 Turbo.

This example is 1 of 623 1976 Model Year 930 Turbo’s built with the more powerful 260bhp for the European market.  Delivered new to Denmark finished in Silver with Boge Shocks and Full Black Watch Tartan. Much of the Porsche 911’s development had resulted from the factory’s racing program, and it was the then FIA Group 4 homologation rules, which required 400 road cars to be built, which spurred the development of ‚Project 930‘ – the legendary 911/930 Turbo. In production from April 1975, the Turbo married a KKK turbocharger to the 3.0-liter Carrera RSR engine, in road trim a combination that delivered 260bhp for a top speed of 155mph. But the Turbo wasn’t just about top speed, it was also the best-equipped 911 and amazingly flexible – hence only four speeds in the gearbox – being capable of racing from a standstill to 100mph in 14 seconds.

What set the 930 Turbo apart from its peers was the relaxed way this stupefying performance was delivered. Comparing the Turbo to similarly quick ‚he-man‘ cars such as the Holman & Moody-tuned Cobra 427 and the Ford GT40, Motor’s Roger Bell reckoned what made the Porsche so different was that it „hurls you forward with similar velocity but in an uncannily quiet and effortless way. To be shoved so hard in the back that you need high-back seats to keep your head on, yet neither to feel nor hear anything more than a muffled hum, is a very odd sensation indeed in a car.“

The Turbo’s characteristic flared wheel arches and ‚tea tray‘ rear spoiler had already been seen on the Carrera model while the interior was the most luxurious yet seen in a 911, featuring leather upholstery, air conditioning and electric windows. For 1978 the Turbo’s engine was enlarged to 3.3 liters, gaining an intercooler in the process; power increased to 300bhp and the top speed of what was the fastest-accelerating road car of its day went up to 160mph. Due to strong emission regulation in the US, the Turbo was not imported for the US market between 1979 and 1984, but returned in 1985, now equipped with upgraded Motronic engine management systems. Targa and Cabriolet versions were also introduced. More refined than hitherto yet retaining its high performance edge, the Porsche 930 Turbo sold in the thousands, arguably becoming the definitive sports car of its age. 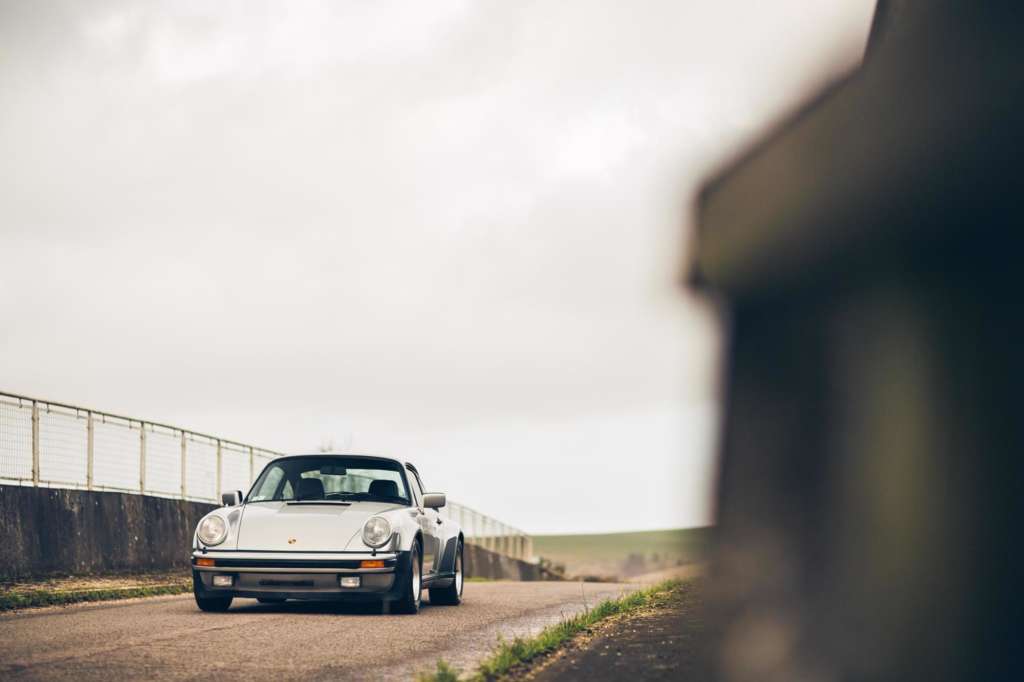 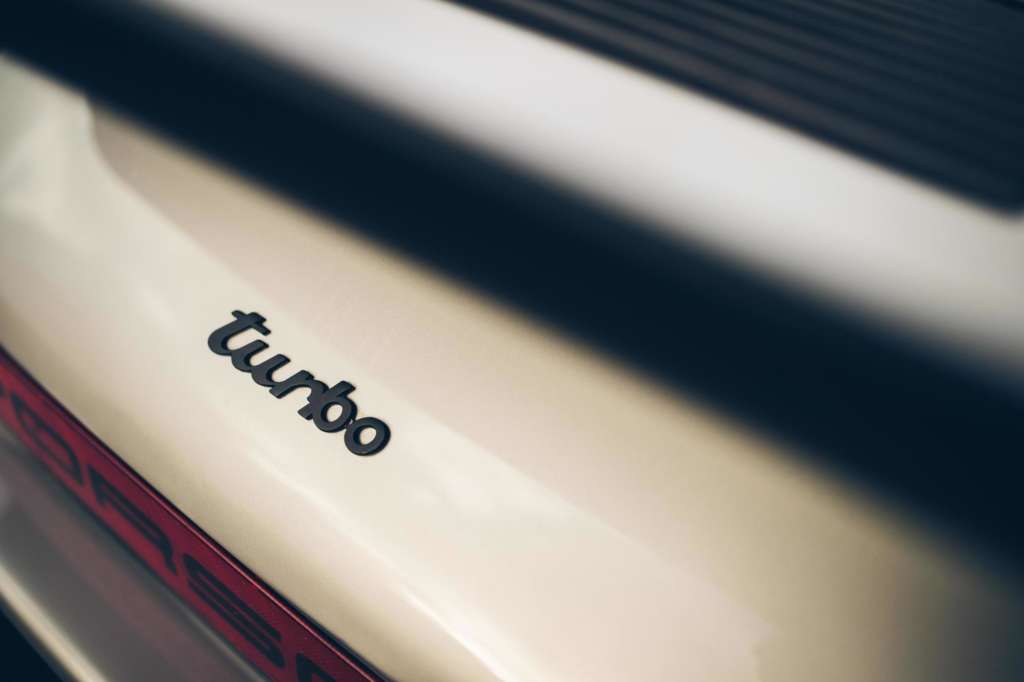 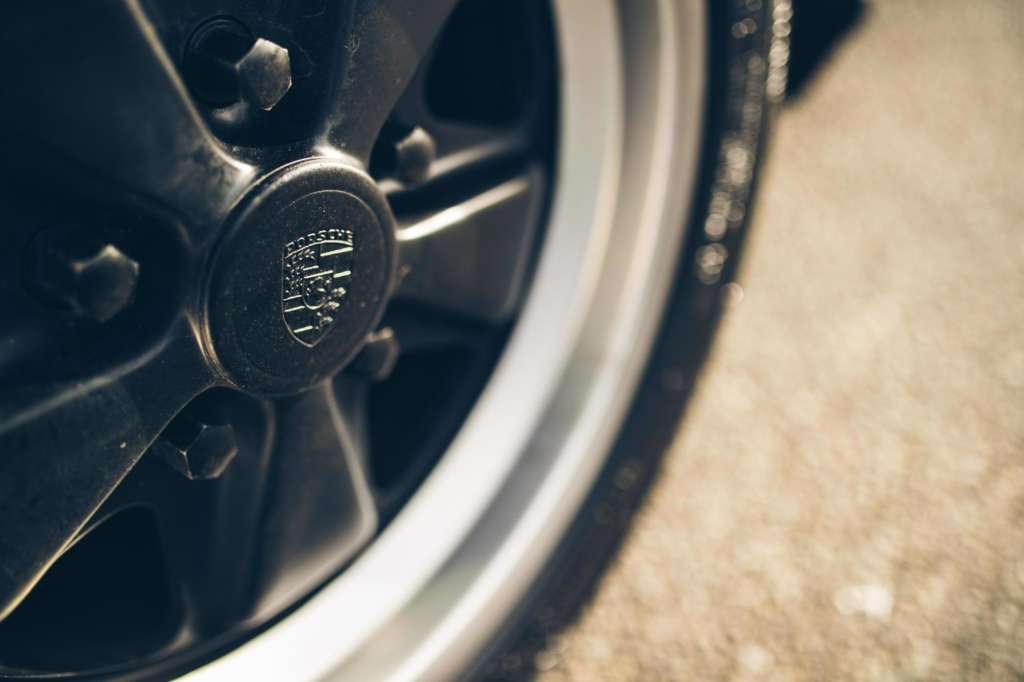 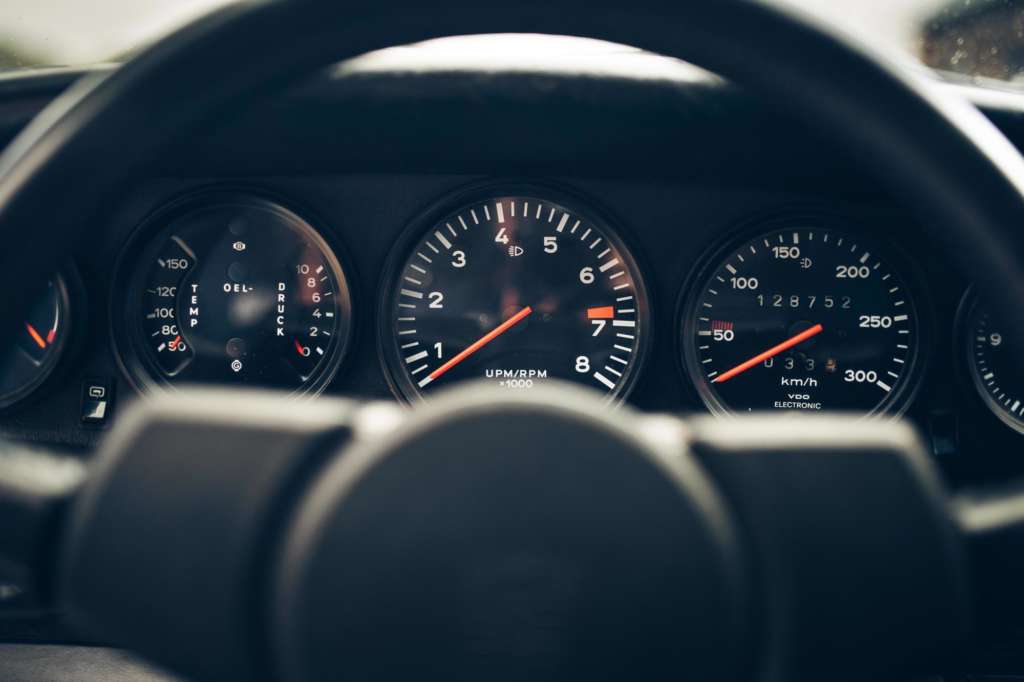 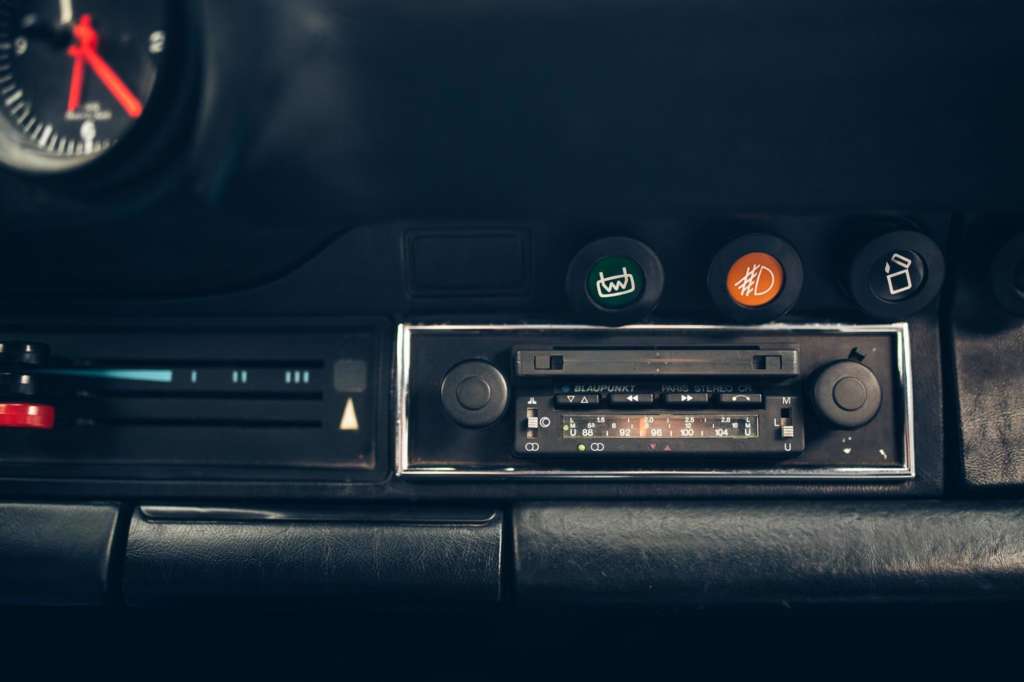 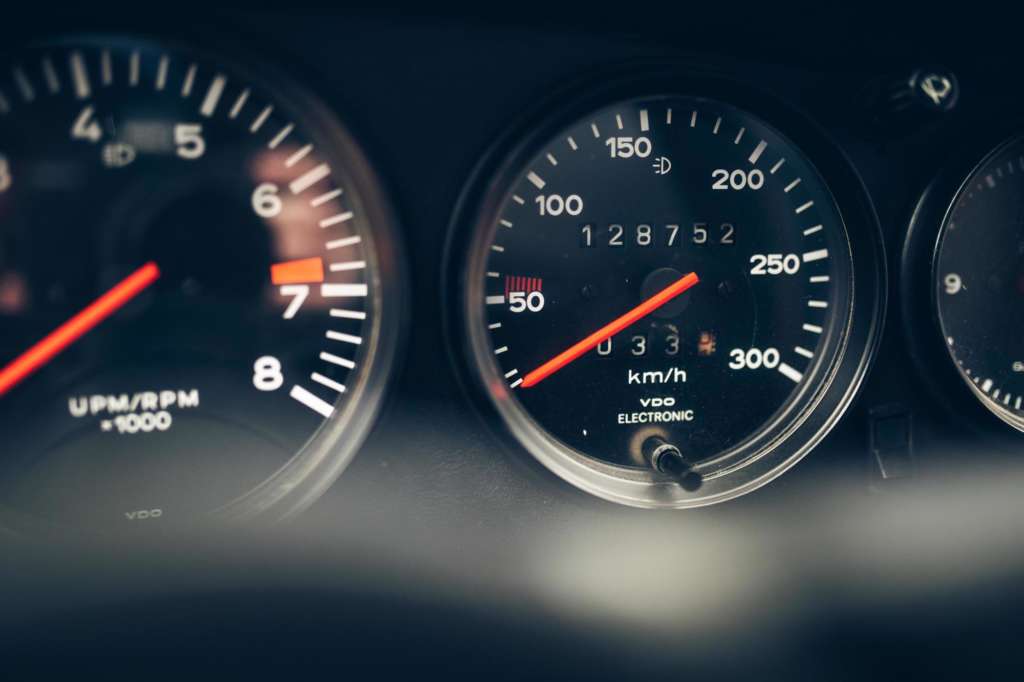 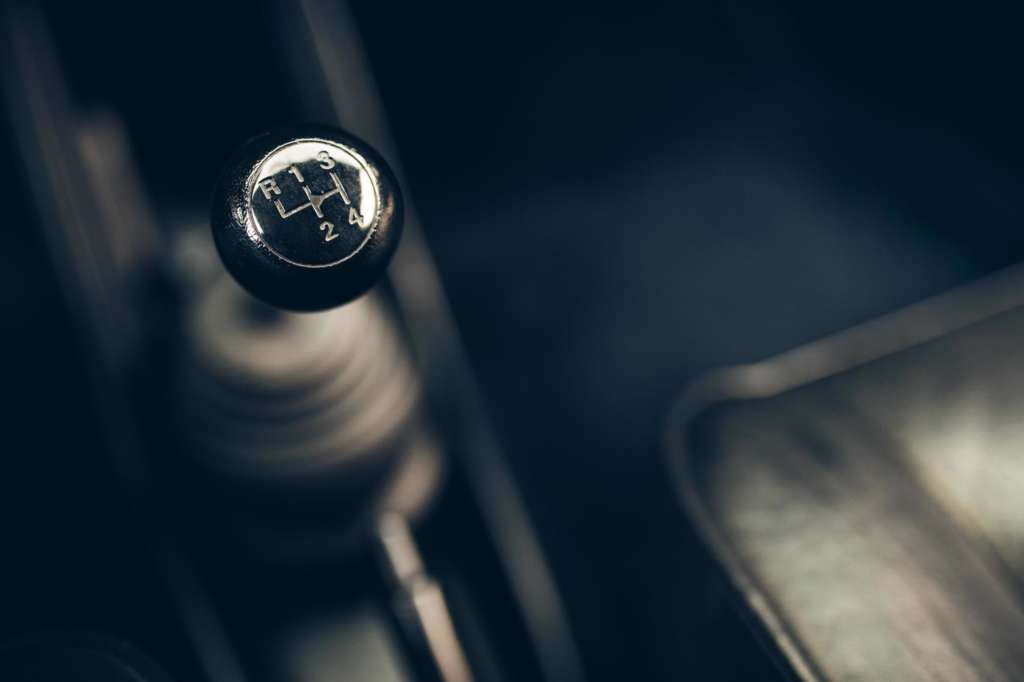 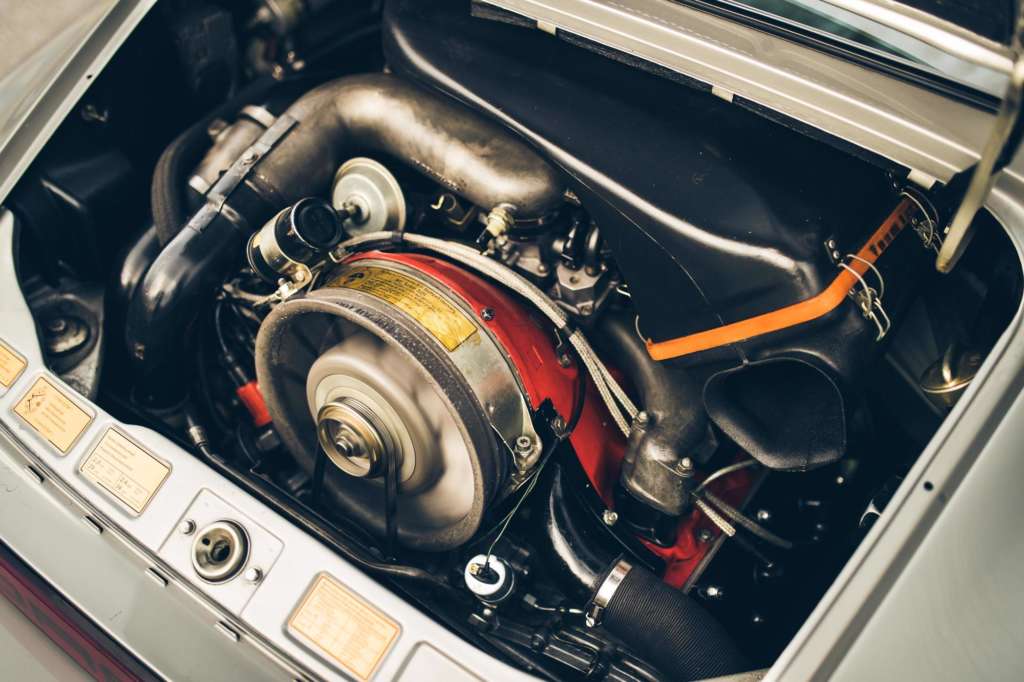