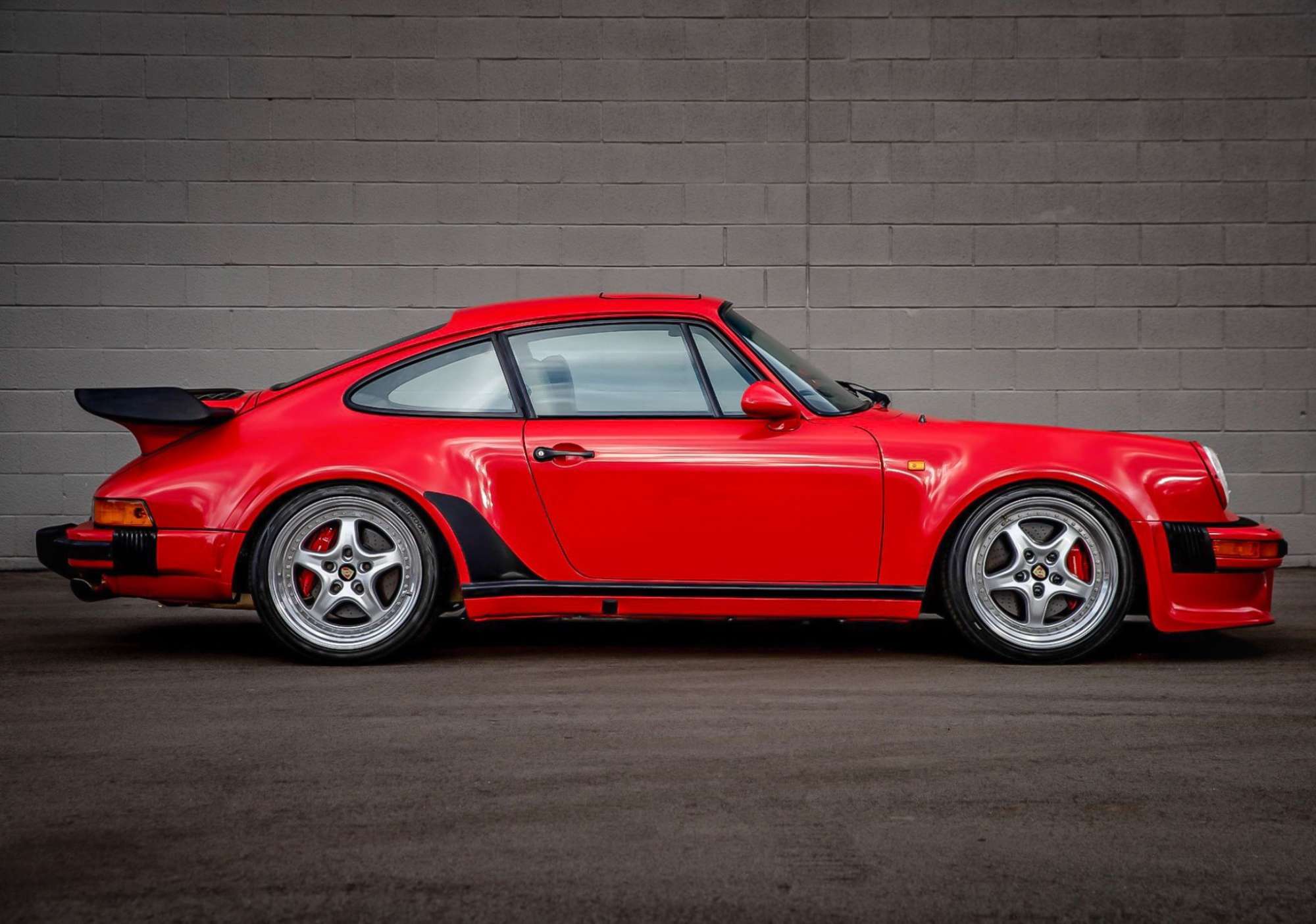 “Its sheetmetal bulged like Arnold Schwarzenegger’s chest. Its engine had turbocharged lungs. It acceler­ated as if there were a Saturn booster strapped to its tail. It became the altar at which car nuts worshiped.…” –Rich Ceppos, Car and Driver 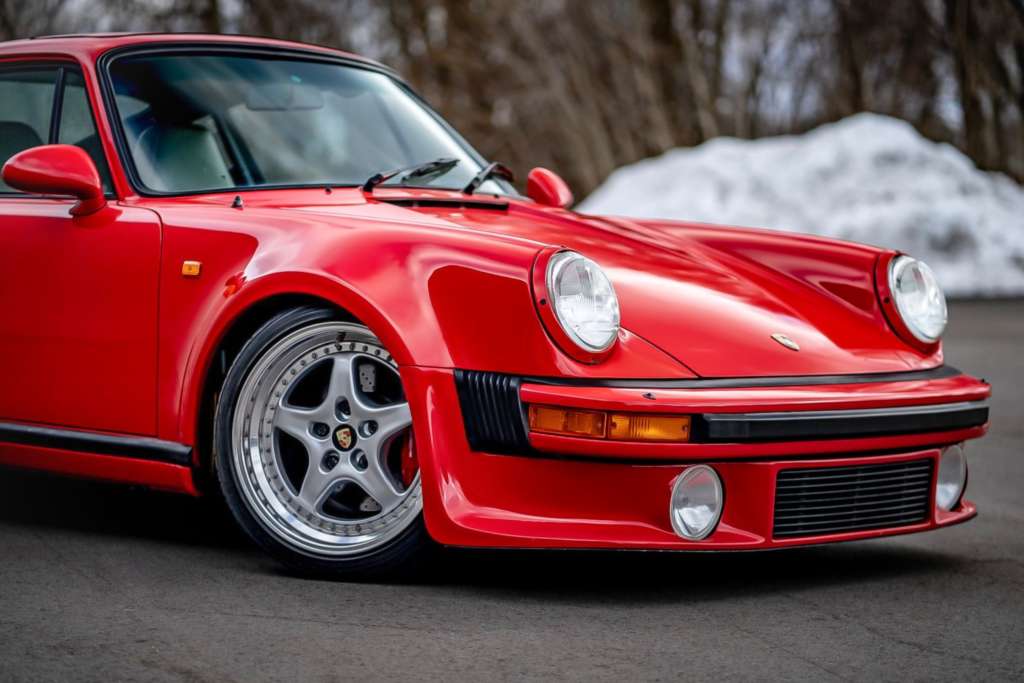 The car Mr. Ceppos so breathlessly described above was the Porsche 930, available in the late seventies, but withdrawn from the U.S. in 1980 due to its high price and low sales volumes. From that point on, there would only be “RoW” (or “Rest of World,” in other words, non-U.S. model) Porsche 930s, and you’d likely have to go to Europe to source a new one. As it happened, Americans determined to find such a car, effectively did just that and created the gray market. These were 930s bought mostly in Europe, and then privately “federalized” to meet U.S. emissions and safety regulations for import.  As it turned out, they were the last of the true Porsche 930 cars since, when the factory reintroduced the model to the U.S. market in 1986, it was re-named the Porsche 911 Turbo.

The Porsche 930 offered here is a RoW car that came into the country at some point courtesy of the gray market. Euro-specific factory-applied stickers are still present on the door jamb. As is often the case with gray-market cars—all of which bypassed the Porsche dealer sales network—documentation is thin. Given the car’s remarkably low mileage—just over 400 miles per year on average—it likely spent a good number of its early days locked away in a private collection. The first available Carfax record has the car in Arizona in 1993 showing just 5,400 miles at that point. Over the next 26 years, the 930 would spend time in New Jersey and Texas, and accumulate another roughly 11,000 miles. This is certainly a very low-mileage Porsche 930, but still a car that has been driven.

Outside, the Guards red single-stage paint appears to be factory applied and retains a deep gloss free of blemishes. Exterior modifications have been few and tasteful, most noticeably the front valance incorporating larger driving lights and increased venting to the oil cooler reminiscent of the highly successful Porsche 935 race cars; the three-piece wheels wearing colored Porsche crest center caps and wider-than-stock, staggered-width Hankook tires; and racing mirrors (similar to the later Porsche 993 models). The 260-horsepower, 3.3-liter flat-six engine has received both cosmetic and performance upgrades including re-worked B&B exhaust, an enlarged intercooler, and updated air conditioning.

The car’s undercarriage is clean and tidy; oil lines are properly routed and free of damage or kinks. Red brake calipers are in place, as are Bilstein yellow shocks. A strut brace has been installed in the front trunk.

Inside, the car features well-bolstered tan-leather sports seats (displaying slight patina and wear, especially on the driver’s seat bolster, but no damage), rear jump seats (the left-side one featuring the script “turbo” logo incorporated into the carpeting on its reverse side), power sunroof, dark-brown dash (displaying some warping near the defrost vents), tan-leather door trim, Momo steering wheel, Momo leather shift knob for the 4-speed transmission, and light-tan carpeting. An aftermarket Alpine audio head unit is in place (with its amplifier located in the front trunk). Instrumentation exclusive to the 930 model includes the 180-mph speedometer (the car’s factory-reported top speed was shown as 163 mph) and 10,000-rpm tachometer with 7,000-rpm redline. Gauges all display clear glass covers and sharp, legible markings. An “Ext. Temperature” turbocharger gauge is incorporated into the console together with a radar-detector control panel.

The Porsche 930 was always intended for serious drivers capable of tailoring their driving style to the car’s idiosyncratic handling and astonishing power. “Widowmaker” was a dark reference to drivers who chose poorly, or whose driving skills failed to match their appetite for speed. After all, the 930 began as a homologation model for racing, and that edge is a great part of the allure of the model for collectors. As one 930 owner put it: “They’re not for little boys. There’s no traction control – it’s an all or nothing car.”

Be sure to check out all the photos and video on our main website: GarageKeptMotors. Call if interested or e-mail with any questions. Thank you for looking.

(Please note: If you happen to be viewing this Porsche 930 on a website other than our Garage Kept Motors site, it’s possible that you’ve only seen some of our many photographs of this vehicle due to website limitations. To be sure you access all the more than 170 photographs, please go to our main website: GarageKeptMotors.) 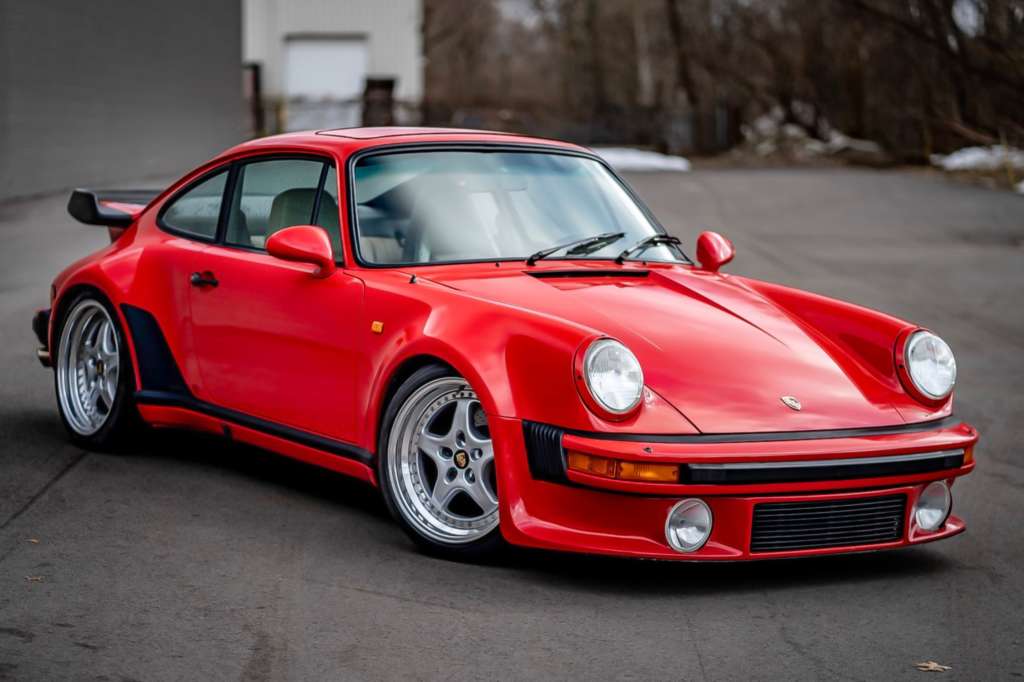 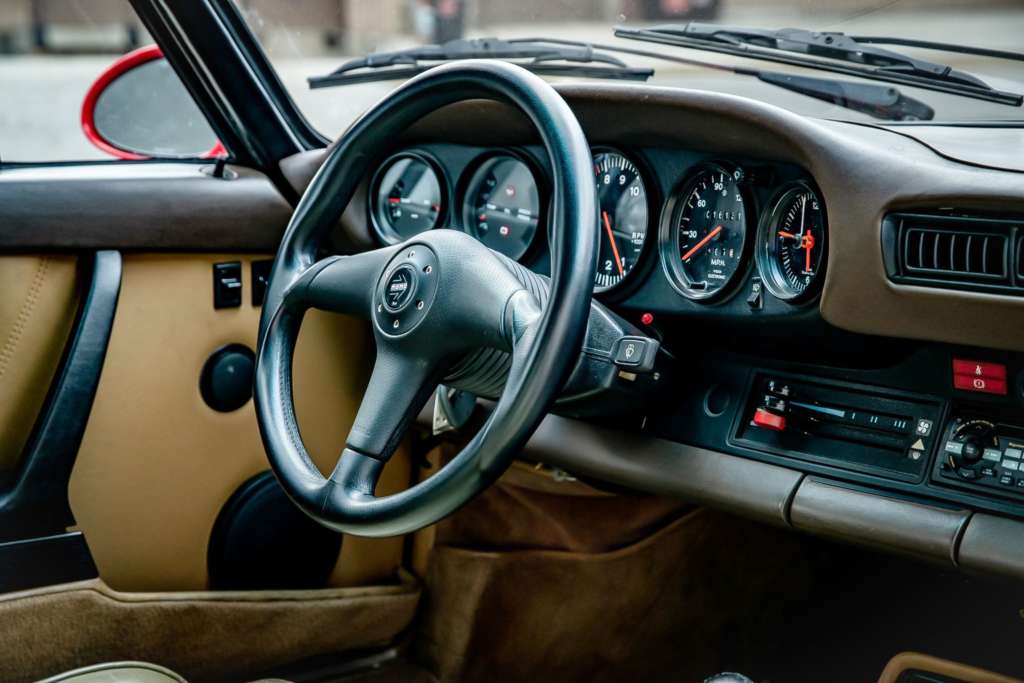 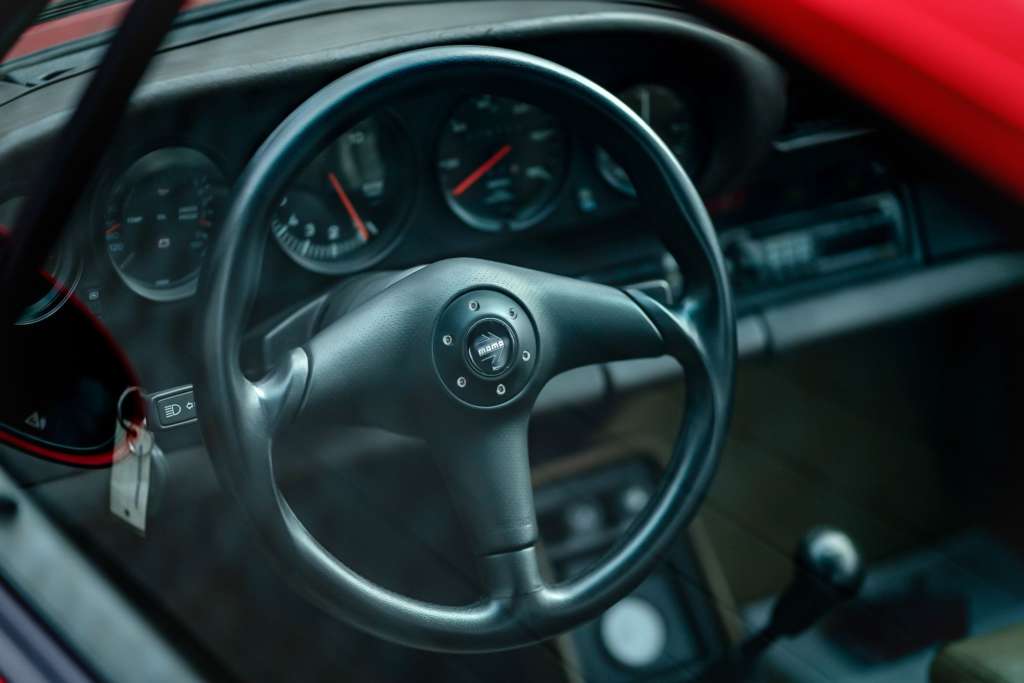