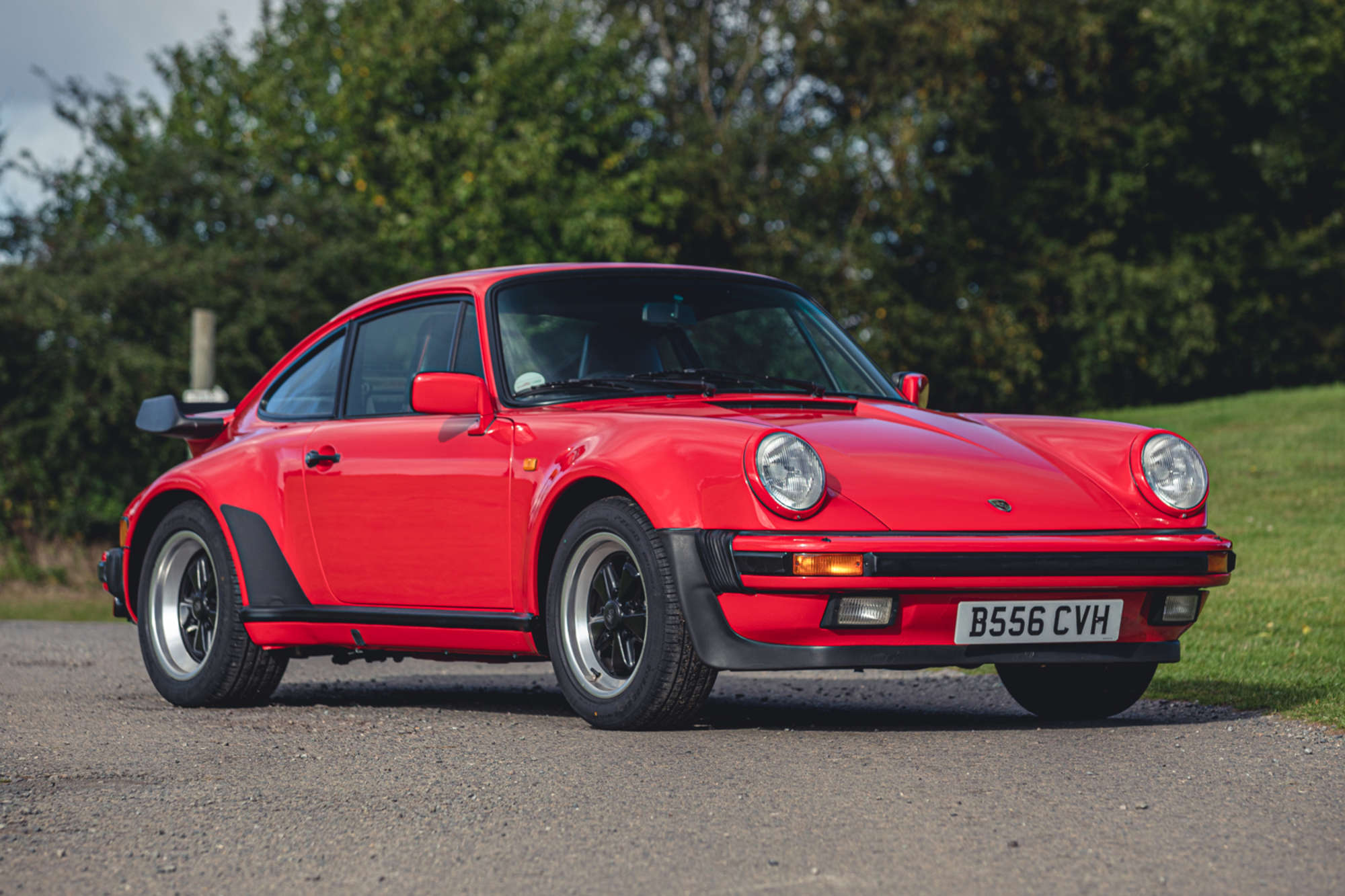 A cracking example of the earlier 4-speed 3.3-litre, flat six 911 Turbo – Finished in Guards Red with a striking Black and Red Leather interior – Just 32,340 miles from new with its 4 keepers, the third for 34 years – Supplied with its original complete book pack, lots of old MOTs and Tax Discs along with some old invoices – With 930 Turbo prices still gathering pace. This could prove to be an enjoyable and sensible investment 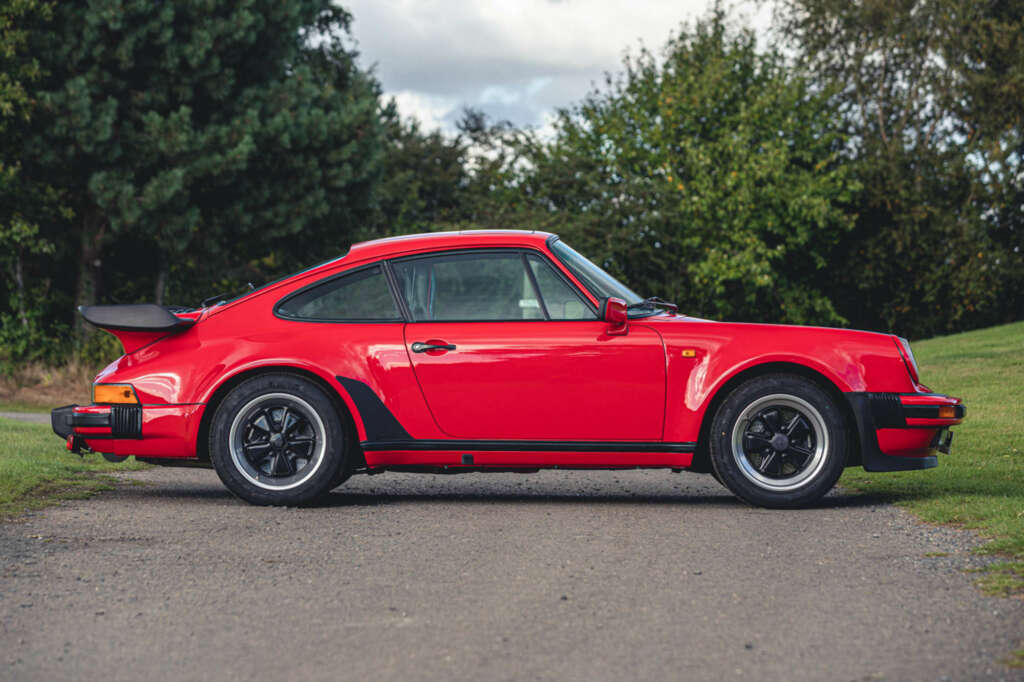 Much of the Porsche 911’s development had resulted from the factory’s racing program, and it was the period Group 4 homologation rules, which required 400 road cars to be built, that spurred the development of ‚Project 930‘ – the legendary 911 Turbo. In production from April 1975, the Turbo married a KKK turbocharger to the 3.0 litre Carrera RSR engine, in road trim a combination that delivered 260 bhp for a top speed of 155mph. In 1978 the Turbo’s engine was enlarged to 3.3 litres, gaining an intercooler in the process; power increased to 300bhp and the top speed, of what was the fastest accelerating road car of its day, went up to 160mph. But the Turbo wasn’t just about top speed, it was also the best equipped 911 and amazingly flexible, hence only four speeds in the gearbox, being capable of racing from a standstill to 100mph in 14 seconds! The Turbo’s characteristic flared wheel arches and ‚tea tray‘ rear spoiler had already been seen on the Carrera model while the interior was the most luxurious yet seen in a 911, featuring leather upholstery, air conditioning and electric windows. More refined than hitherto, yet retaining its high performance edge, the Porsche 911 Turbo sold in the thousands, becoming the definitive sports car of its age.

This excellent original, right-hand drive 1986 Porsche 930 Turbo was supplied new by Porsche AFN Guildford originally as a demonstrator and then onto its first owner, a Mr Keith Ross of Croydon on the 6th of June 1985. The second owner, a Mr Peter Simon, then became its custodian in November 1985 and enjoyed the car until May 1986 when Mrs Ann Sterling took over the reigns and held them until September 2020 an incredible 34 years. Classically finished in Guards Red with a rather striking Black and Red Leather interior, this stunning 911 Turbo has travelled just 32,300 miles from new making this car super desirable. It has been stored on and off for many years and has documentation to prove this and the MOT history shows 23 old certificates documenting the miles this special car has travelled. Also within the file are 15 old tax discs, a complete book pack and a selection of old invoices detailing servicing and maintenance over the years. Our vendor, who runs a specialist body repair shop, had the car totally recommissioned including all new discs and pads, fresh fluids and a set of Pirelli period tyres fitted making this Turbo spot on and ready for sale. Despite no legal requirement, it will come to the sale with a fresh MOT just prior to it being delivered for peace of mind.

This super low mileage Turbo represents a wonderful opportunity to own one of these iconic German coupes and with the market for 930 Turbos continuing to gain strength we are delighted to offer this spectacular classic supercar that could well prove to be a sensible and enjoyable investment. 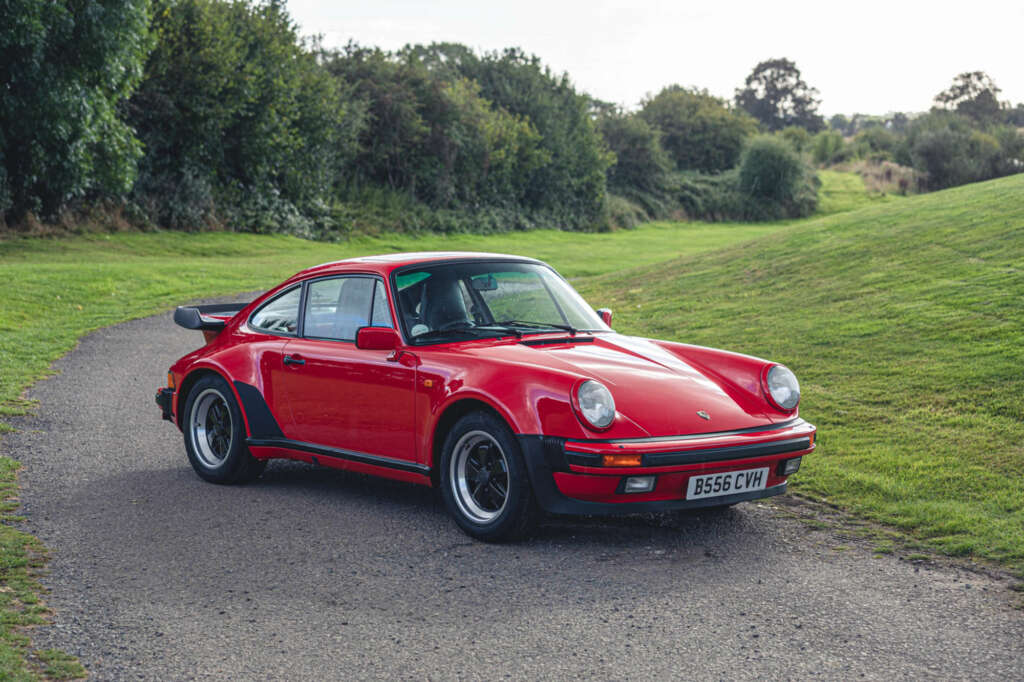 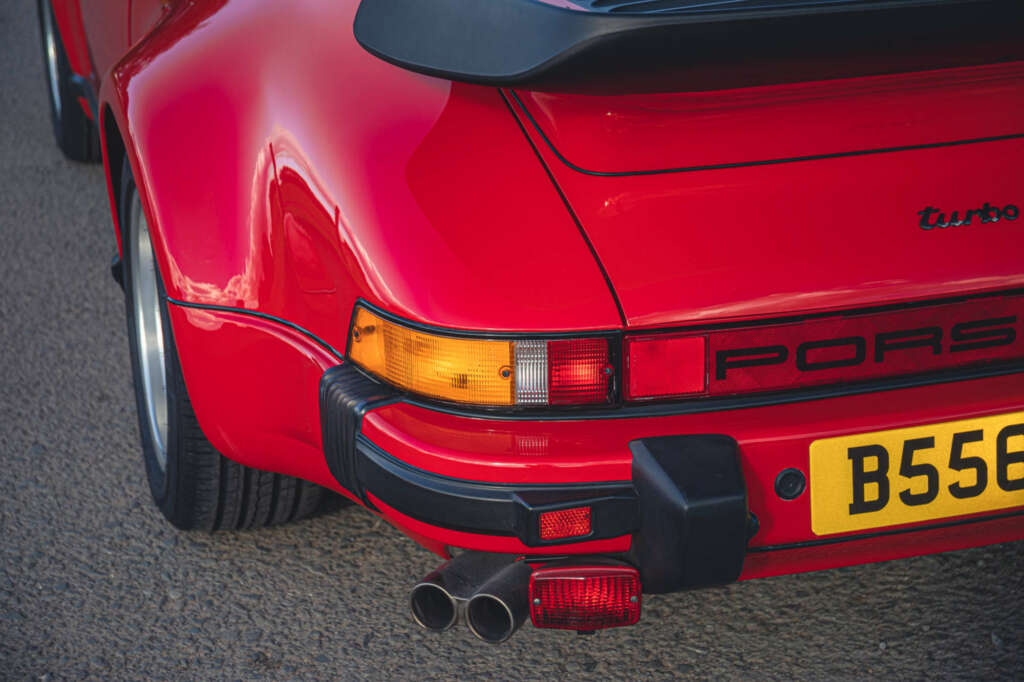 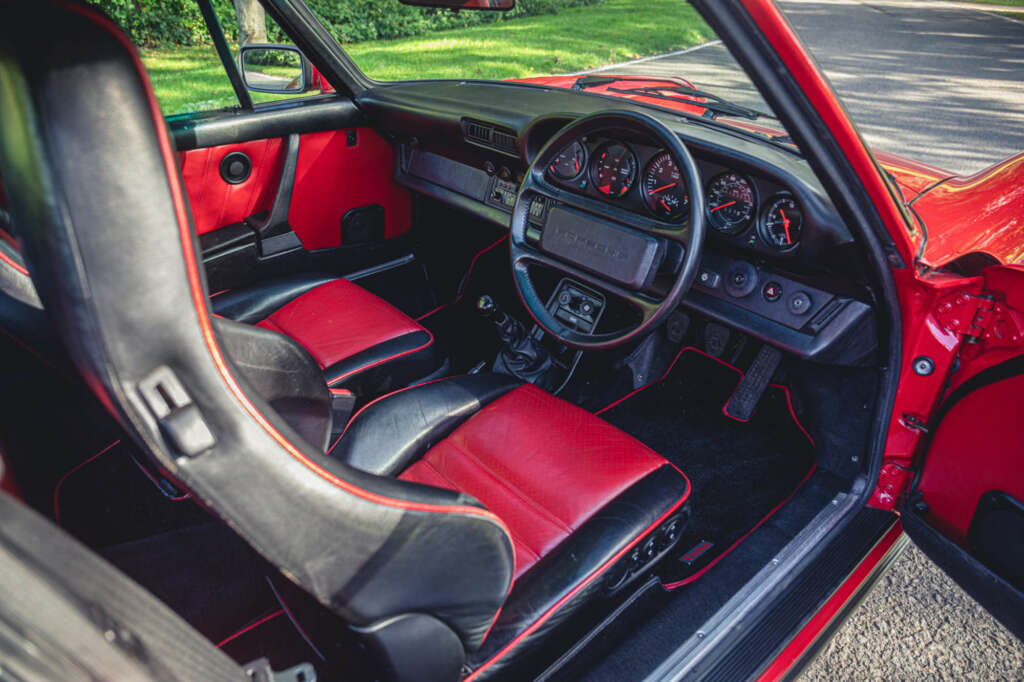 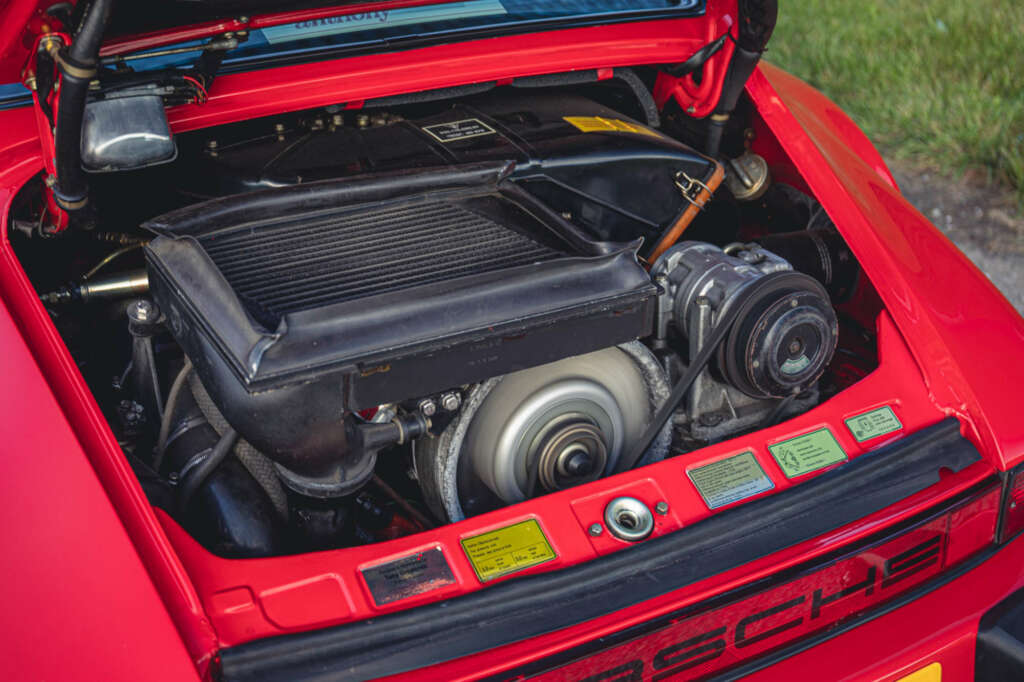 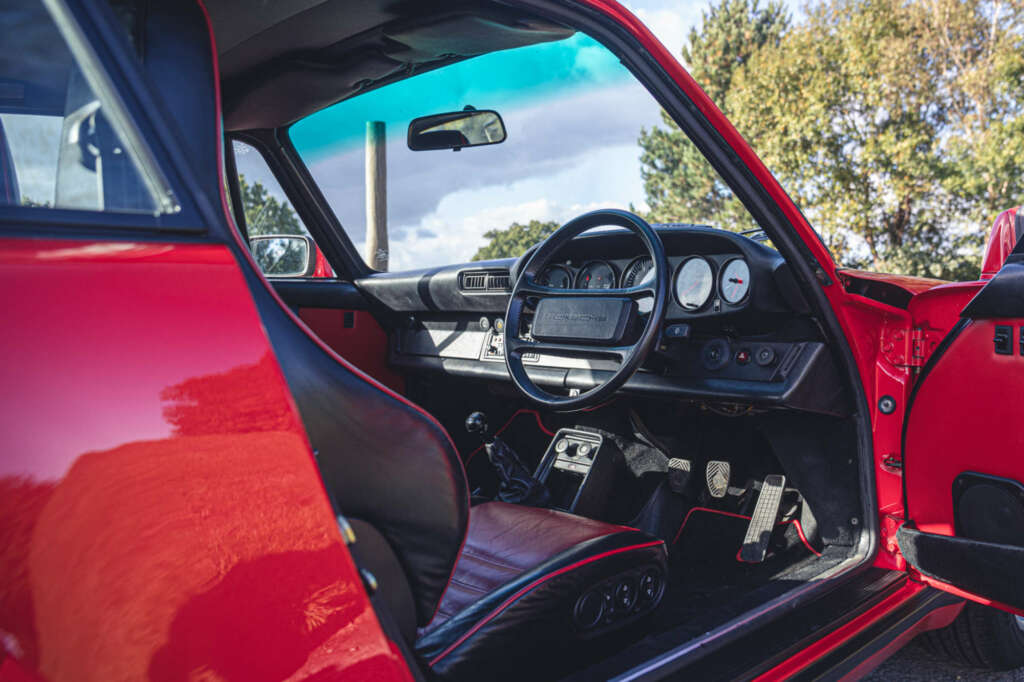