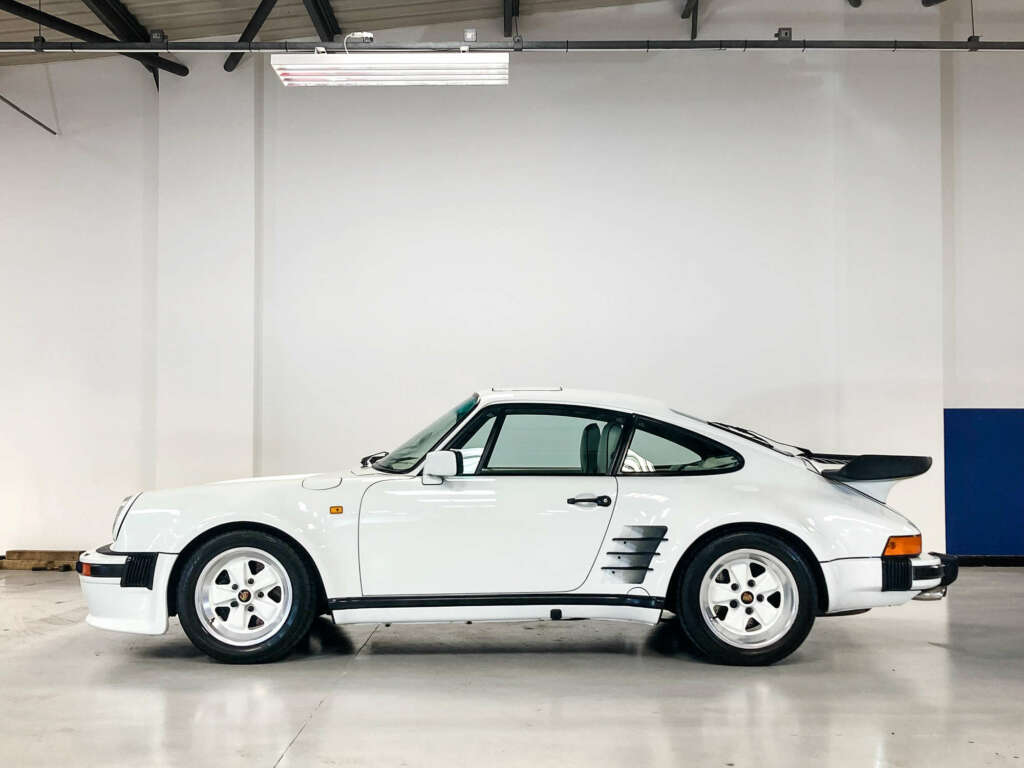 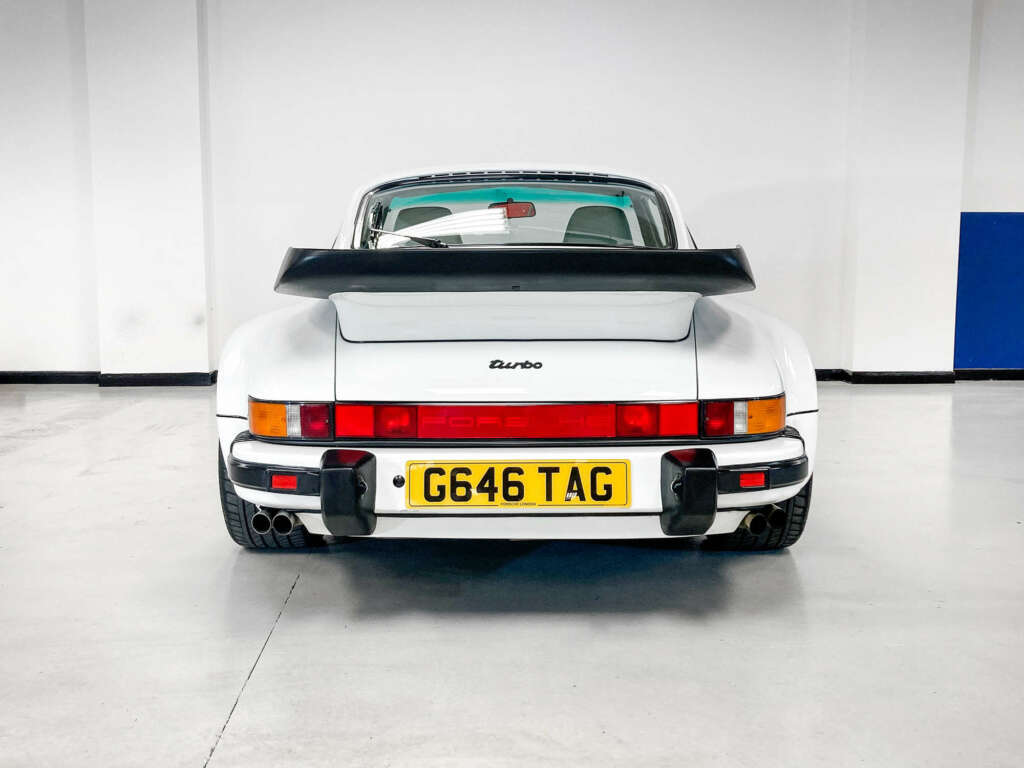 First launched at the 1973 Paris Auto Show, with production commencing in 1975, the Porsche 911 ‚930‘ Turbo was a genuine Supercar which defined both the 1970s and 80s and was one of the fastest production cars available at that time. The basic engine underpinnings came from the Carrera 2.7RS which was increased to 3.0-litres (eventually 3.3-litres) and, of course, turbocharged with technology gleaned from Porsche’s 917/30 Can-Am programme. The brakes were also derived directly from the 917. The bodywork received special treatment resulting in one of the most aggressive looking Porsches ever made with its wide arches and impressive rear ‚Tea-tray‘ spoiler.

In 1989, before production was discontinued, Porsche marked the occasion by creating a very special, right-hand drive, ‚Limited Edition‘ 930 LE – the ultimate Turbo. Starting out as a standard 3.3-litre model, the cars were then sent to the ‚Exclusive‘ team at Zuffenhausen who built each example by hand.

With just 53 of these cars produced, one for each UK dealership in 1989, a host of bespoke no-cost options were offered including colour-coded wheels, top-tinted windscreen, a choice of colours for interior and exterior, rear-quarter air intake ducts, electric sunroof, heated multi-adjust electric seats, electric sunroof, and gold „Turbo“ lettering stitched behind the seat. Each car also featured a gold plaque on the centre console and a gold-coloured gear knob top as recognition of the LE’s place in Porsche 911 history.

The original service booklet and wallet show 18 stamps from various specialists such as RGL, JAZ and Porsche themselves and there are a large number of bills and receipts in the history folder for various jobs over the years which, together with MOT Certificates dating back to 1993, help corroborate the indicated mileage of 31,391.

This LE was purchased through Silverstone Auctions in 2015 and has remained, lightly used, in a private collection of exotic Porsches. It’s finished in its original colour of Grand Prix White and the paintwork appears to have aged well. The Linen and Cream interior is presented in beautiful condition as you might expect from a low mileage car that has been cossetted from new. Supplied with a Porsche Certificate of Authenticity, the original tyre inflator, a spare key and a fresh MOT, we welcome any inspection of this rare car.

The 930 Turbo was in production for an incredible 14 years and was the epitome of supercar design at the time. The last 53 Limited Edition vehicles are arguably the most collectable of the 21,589 cars built, as they were only available to the UK market and represent an exclusive and exhilarating ownership proposition. 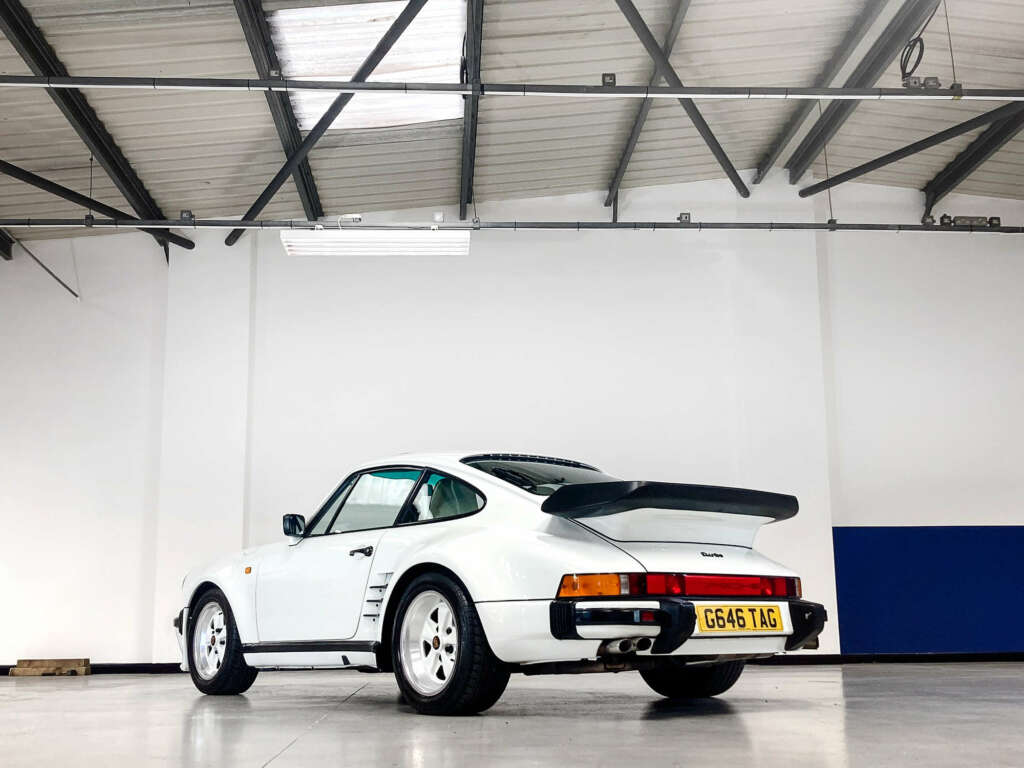 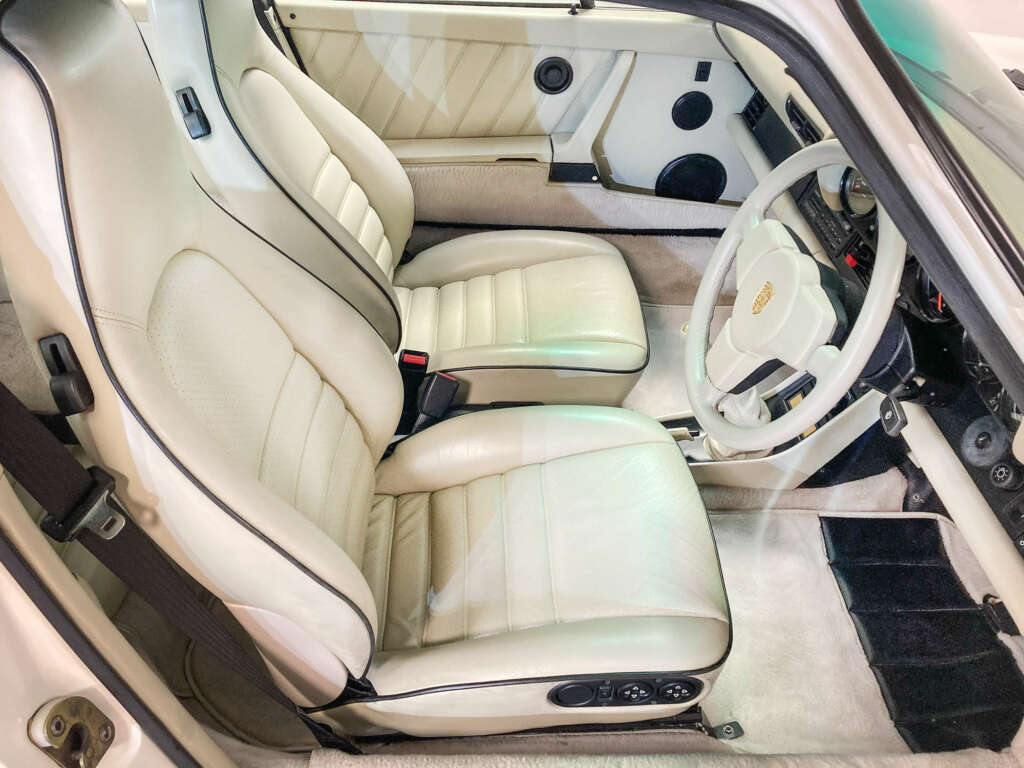 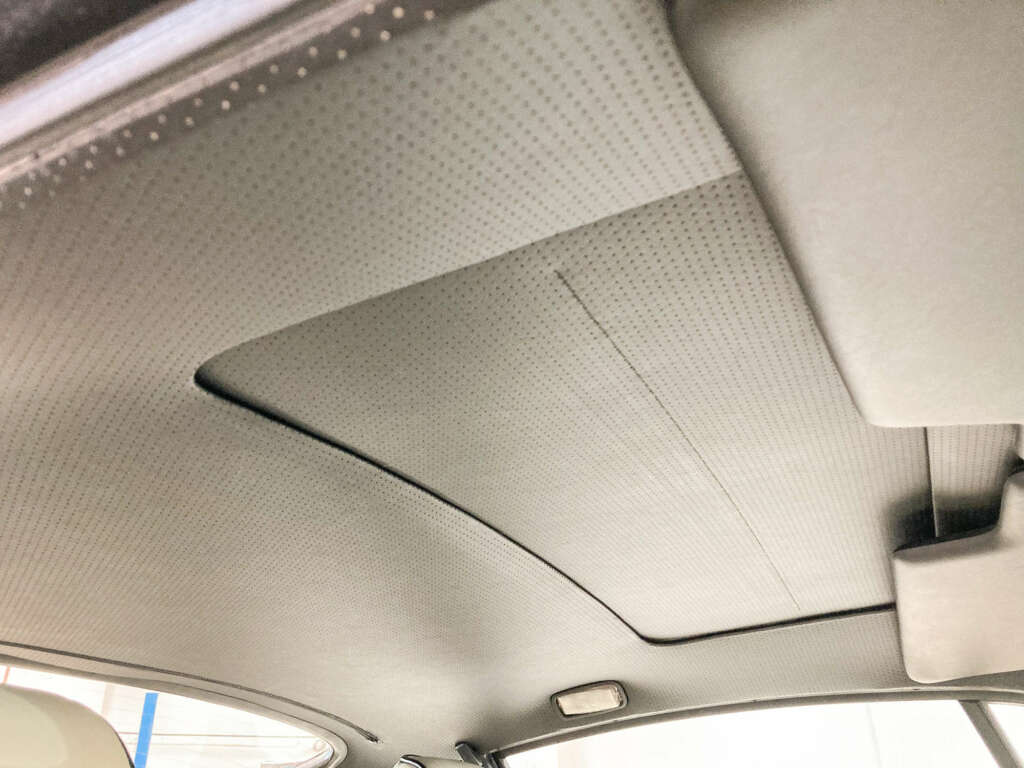 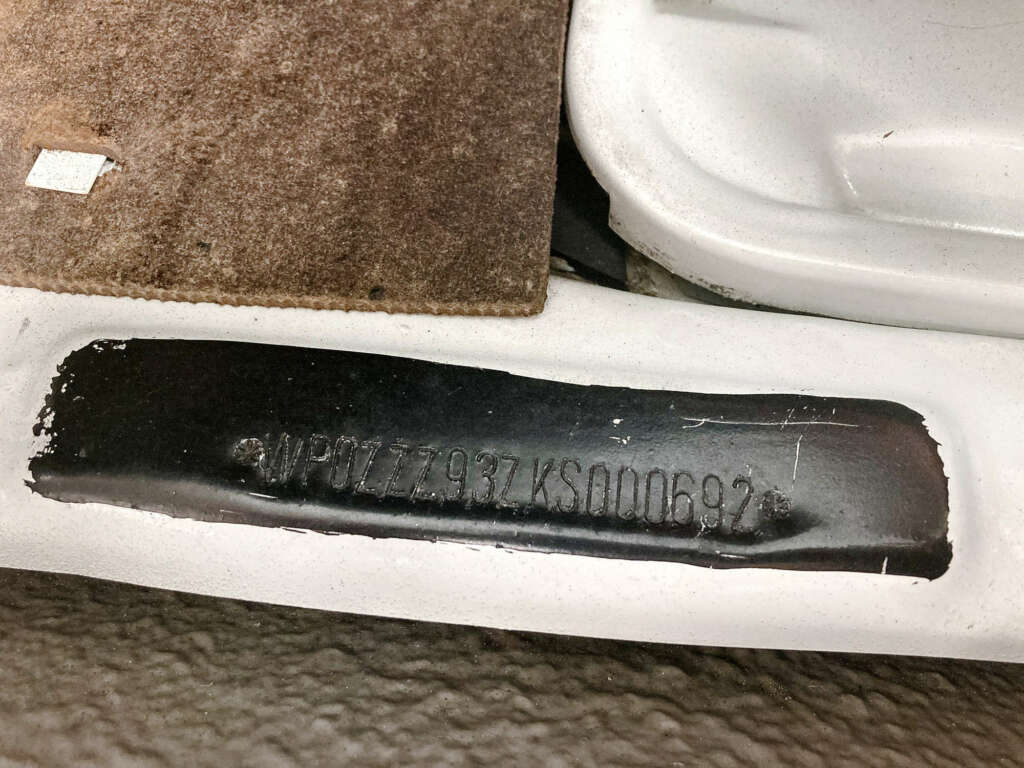