One of 785 991.1 GT3s built for MY 2014 – Quatar example imported to EU – Full service history – PDK, front lift, LED, Carbon and Sport Chrono paket – 10 years warranty for the engine, which was replaced in 2016 at 23.000 kms – Originally a White example with a Ultraviolet GT3 RS removable dip – Last service in UK in 09/2020 – New set of tires – All documents were checked and the car was photographed personally by Auctomobile

Please note that this car will be available for viewing by prior appointment in Hradec Kralove, Czech Republic 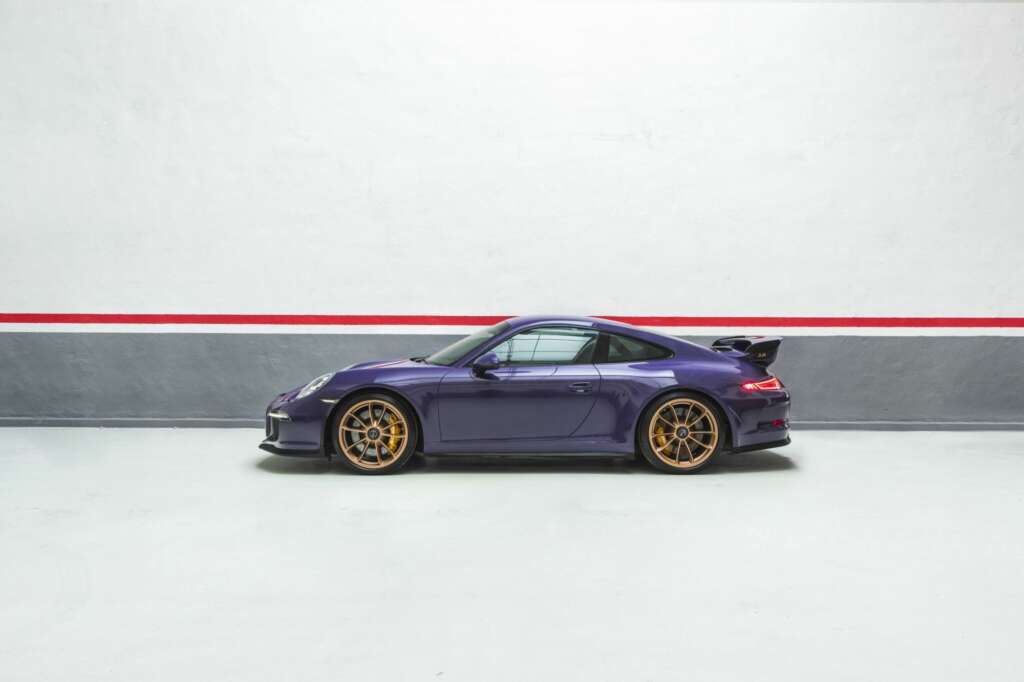 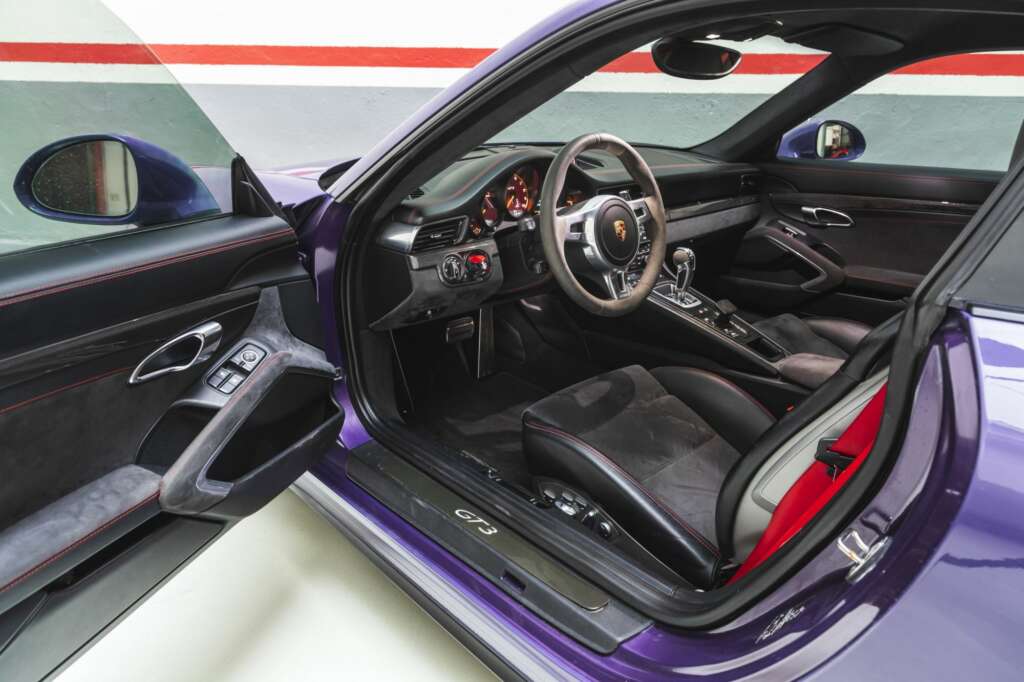 Porsche introduced the 991 GT3 at the Geneva Motor Show in 2013. The 991 GT3 features a new 3.8 litre direct fuel injection (DFI) flat-six engine developing 482 PS (475 hp; 355 kW) at 8,250 rpm, a Porsche Doppelkupplung (PDK) double-clutch gearbox and rear-wheel steering. The engine is based on the unit fitted in the 991 Carrera S, but shares only a few common parts. All other components, particularly the crankshaft and valve train, were specially adapted or developed for the 991 GT3. For example, the 991 GT3’s engine uses titanium connecting rods attached to forged pistons, in order to allow the engine to reach up to 9,000 rpm. The dual-clutch gearbox is another feature specially developed for the 991 GT3, based on sequential manual transmissions used in racing cars.

This example was produced in 2014 for Quarter (C32). It was later imported to UK. It has fully documented 87.000 kilometres from new and a full service history. The option list includes a PDK transmission, front lift system, LED lights , Carbon and Sport Chrono paket.
The car comes also with a 10 year warranty for the engine, which was replaced at Porsche in 2016 at 23.000 kilometres. Originally a white example has an Ultraviolet GT3 RS removable dip and the wheels were repainted directly at Porsche UK, where the last service was done in September 2020. The car comes with a EU registration (Czech Republic) and a new set of tires. 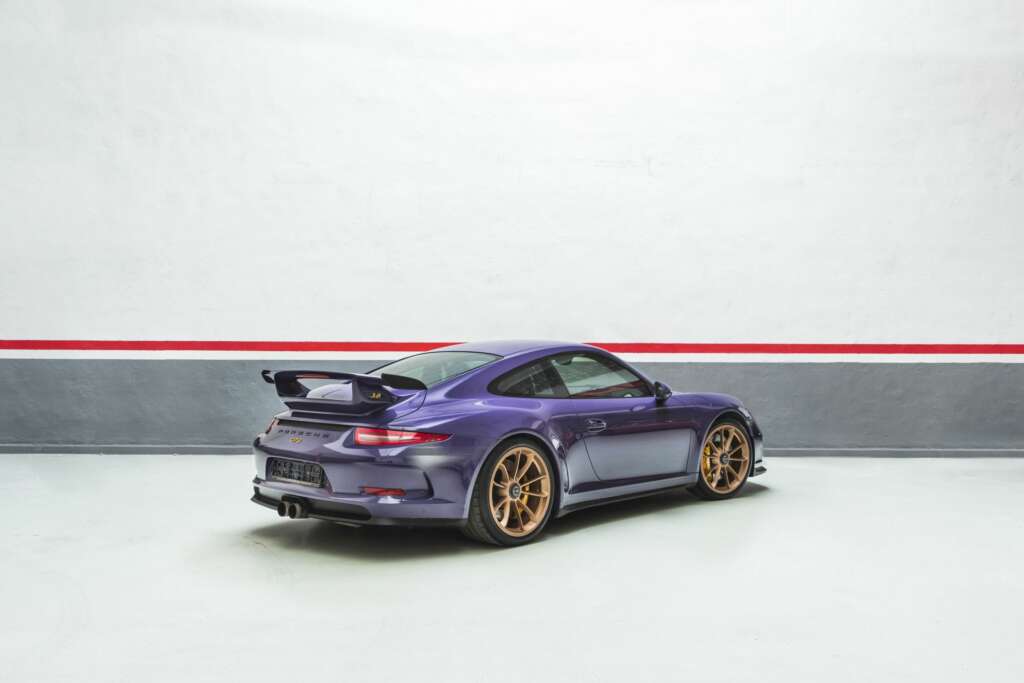