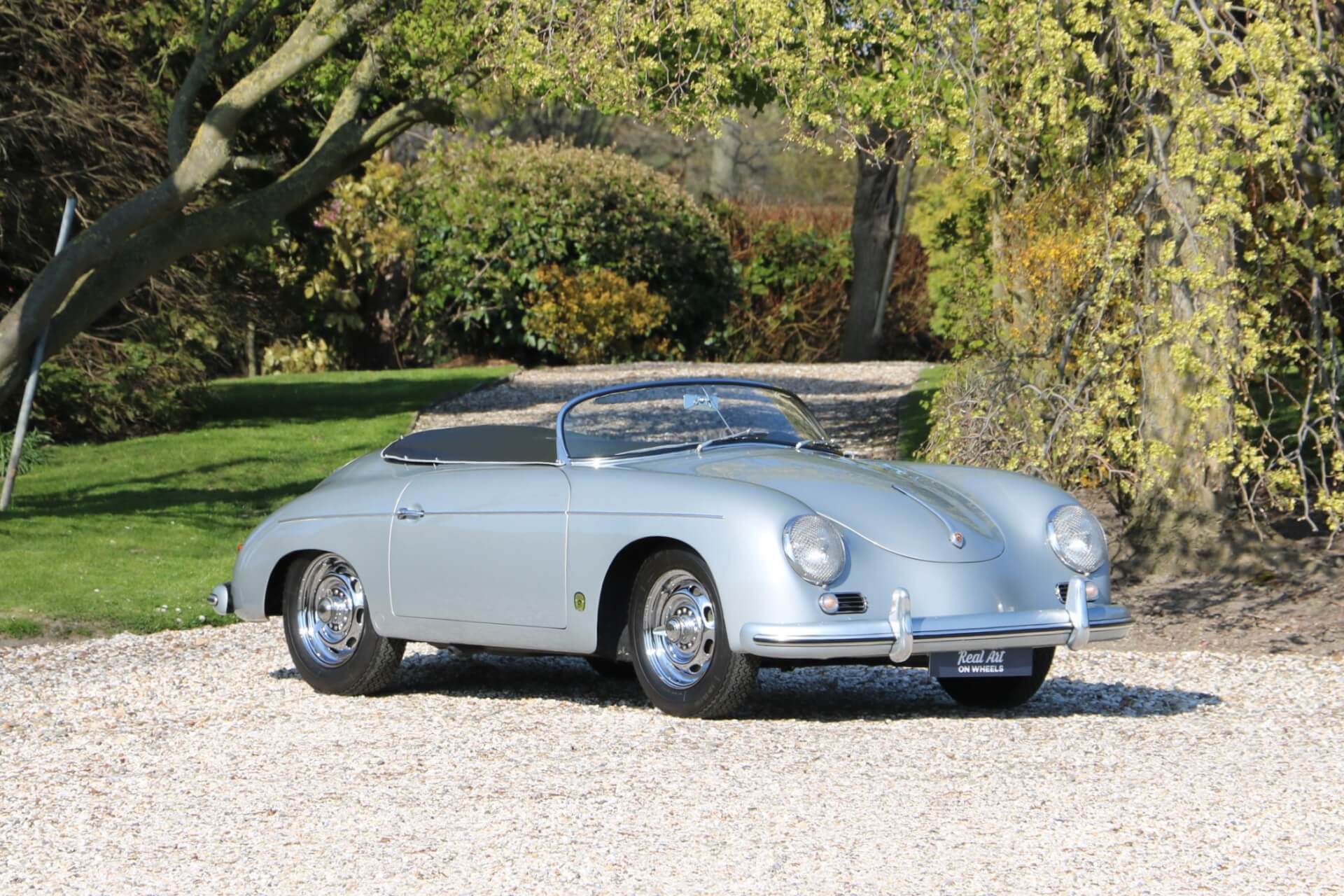 The first delivered 356A Carrera Speedster

Originality of this Carrera GS Speedster: The car was restored before 2003 and has been in enthusiast hands since. There are a few wrong details which can easily be improved. However, as most people appreciate original colors nowadays, it’s likely a new owner will paint her back in White and install a Red leatherette interior. The car was completely inspected by well-known marque specialist Dipl.-Ing. Rolf A. Sprenger. This was done on behalf of the current owner, after he acquired the car. His report is dated 19 December 2011. The car still has the original doors with original body number (#012). The bonnet has been installed from a Carrera GT (#689), has five louvres on both sides and is made of aluminium. 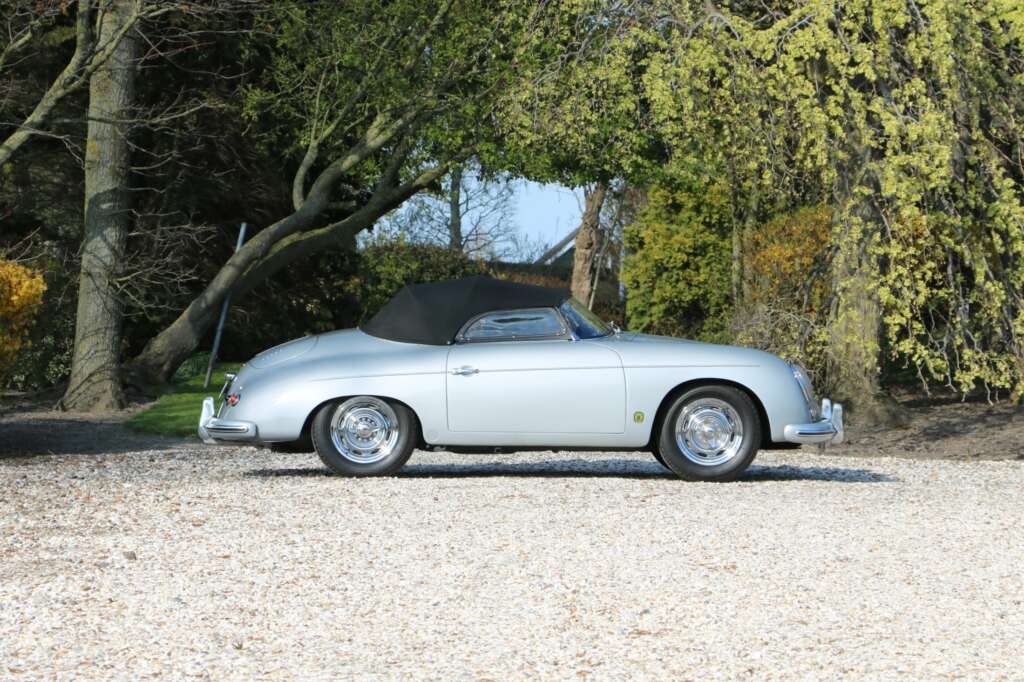 As many of these cars raced in period and the engines were not built to last, many of these cars are not equipped with their original matching numbers engine. The original 1500cc engine type 547/1 (#90565) produced 102,5 horsepower and is no longer in the car. Currently, the car is equipped with a stronger 1600cc 692/3 type Carrera engine (#95065) that produces 110 horsepower. The engine has correct Weber 40 DCM carburetors. This engine belonged originally to a Porsche 356B Carrera.

The car is equipped with a set of original alloy Rudge wheels and Nardi steering wheel. The interior of the car is correct for the Carrera-Speedsters regarding the used carpet material. Also worth mentioning are the correct dashboard switches. The tonneau cover is in good shape and so is the mohair convertible top. The car has a nice panelfit.

We have a complete report of this car available for any serious buyer, including the original Rolf A. Sprenger identification report.

This Porsche 356A Carrera GS Speedster is for sale. Please don’t hesitate to contact us for further details.

The Porsche 356A Carrera Speedster

Barely 4.000 examples of the brilliant and immortal Porsche 356 Speedster were built over five years. Being one of the most collectable sports cars in history, the most exotic were the handful powered by the complex four-cam engine  designed in his spare time by a young factory engineer, named Dr. Ernst Führmann. Führmann’s masterpiece, an alloy-cased, DOHC engine with its roller-bearing crankshaft, was designed as a full-on racing powerplant, its valve train operating through a system of multiple shafts and bevel gears driven off the crankshaft. It utilized dry-sump lubrication and dual ignition with a pair of distributors being driven off the intake cams and a pair of switches on the  dashboard allowing for individual testing of the twin coils. The “Four-Cam”, as its popularly referred to today, first appeared in the company’s mid-engined 550 Spyders of the early 1950s. Developing about 110 horsepower at 6,200 RPM in racing tune, roughly twice the output of the company’s similarly sized pushroad engines, this intriguing 1.5-liter powerplant would take on the punishing Carrera Panamericana road races of 1953, 1954 and 1955. After proving itself as a giant killer in Mexico, Porsche installed a slightly de-tuned version of the racing Type 547/1 engine – now known as the “Carrera”- in road-legal 356 coupes,  cabriolets, and some Speedsters, dubbing them the “GS”. Higher-tune GT engines with increased compression and more radical cam timing were made available for owners who wished to race.

History of this Carrera GS Speedster

After Porsche’s test car (VIN 12256), this is the absolute first chassis number being a Porsche 356 A Speedster Carrera GS (VIN 82012). A total of 11 normal Speedster were produced before Reutter built the body for this car on January 13, 1956. The car was delivered in 603 White paint with 378 Light Red Leatherette interior (source: Rolf Sprengers and Stephen Heinrichs – The Porsche 4-cam motor and the early years of Porsche Motorsports). According to the official Porsche Kardex, car 82012 was delivered to Porsche USA importer Max Hoffman, based in New York. Originally the car was delivered with a Carrera GS engine of type 547/1, and number 90565.

Little is known about the early history of the car. It’s believed that at some moment the car was owned by a Jeff Hayes who sold the car to Phyl Bagley in West Palm Beach. He sold the car to Keith Duly who exported the car to Germany. In June 2003, the car was acquired by Heinrich Fries from Munich, Germany. At that moment the current 692/3 type engine with number 95065 was already fitted to the car. On 18-19 October 2003 Mr. Fries participated in the Historische Bergrennen Grainau – Eibsee with the car (start number 109).
In July 2009, the car was sold by German specialist Axel Schütte from Oerlinghausen to Mr. Jean Laurent-Bellue from Paris. He owned the car until June 2011, when the car was sold to the last custodian. The Dutch registration number was supplied on 28 March 2013. The car was shown during Concours d’Elegance Paleis Het Loo in The Netherlands in 2012. In the last ten years the car was enjoyed by the last custodian, he drove the car to some local events and the car was well maintained.
Continue reading 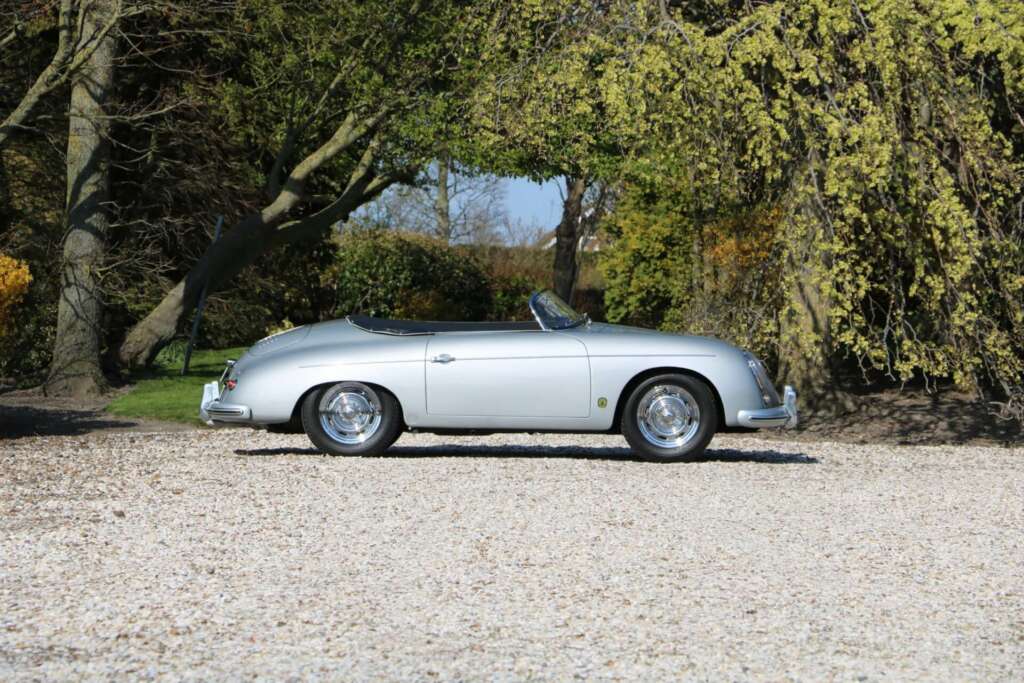 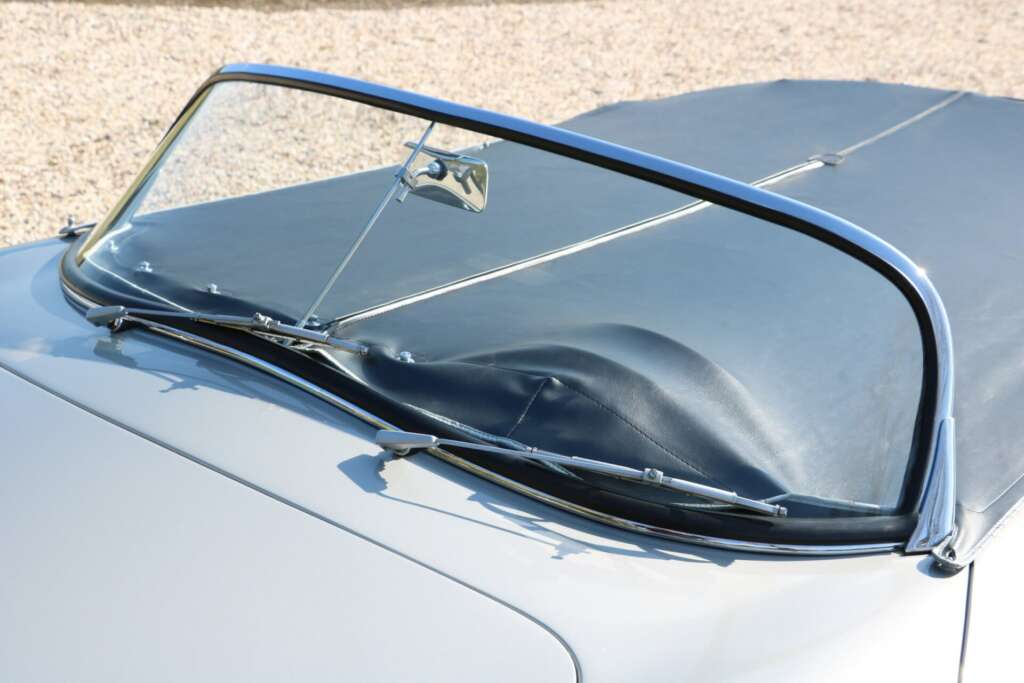 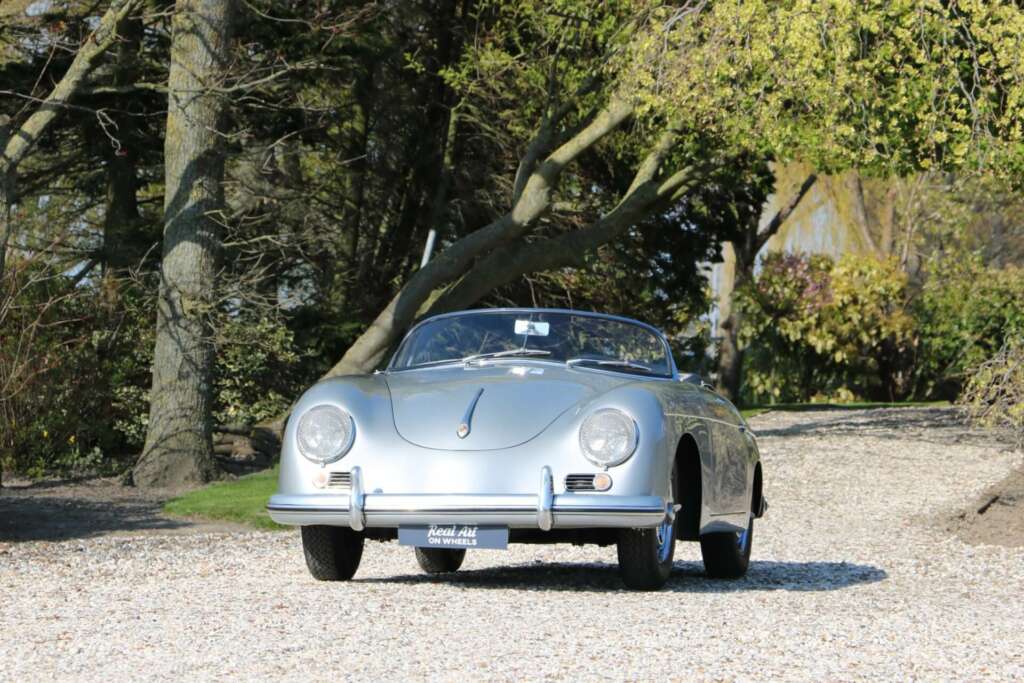 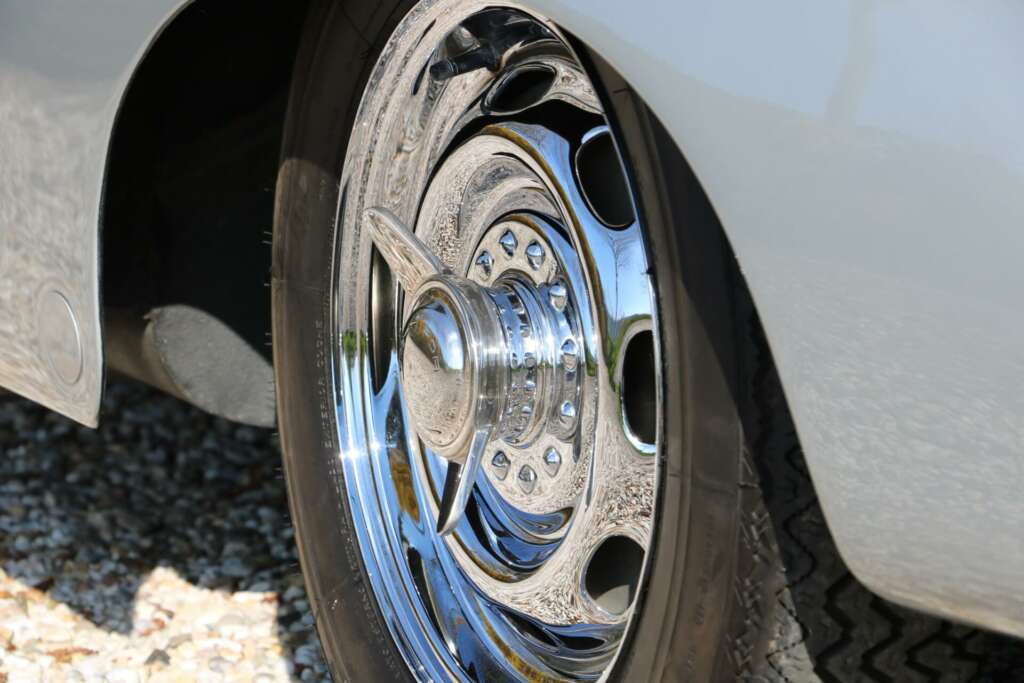 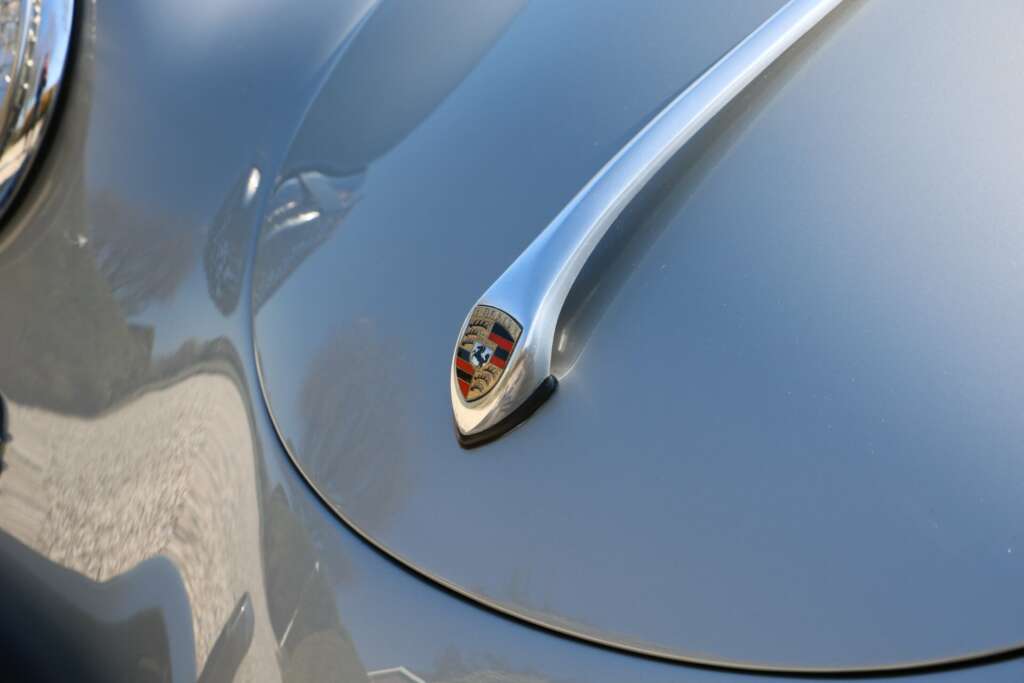 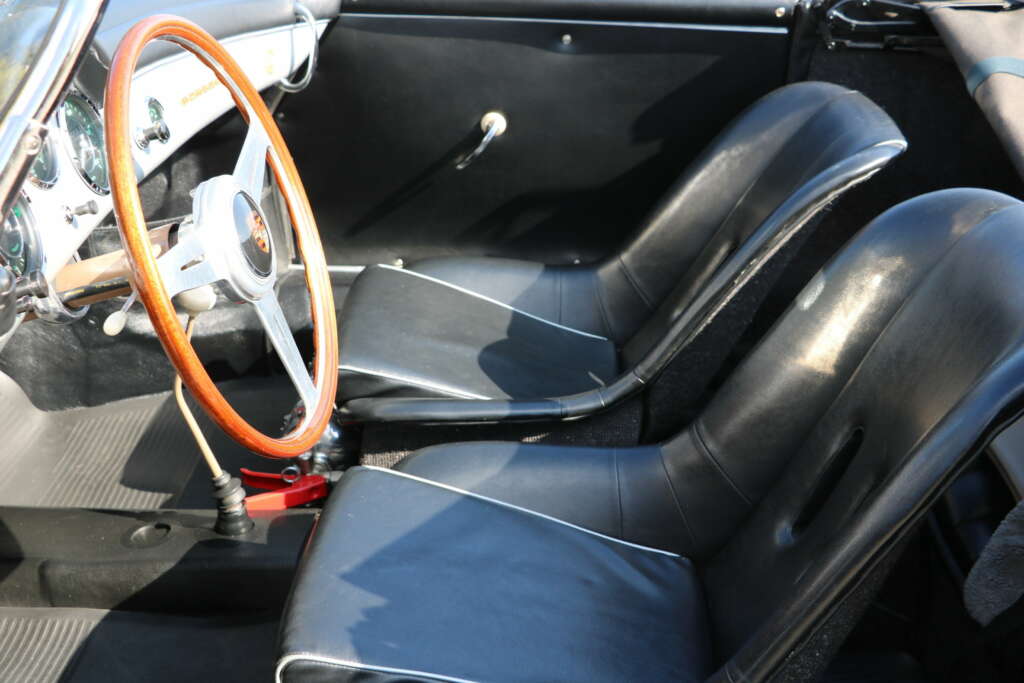 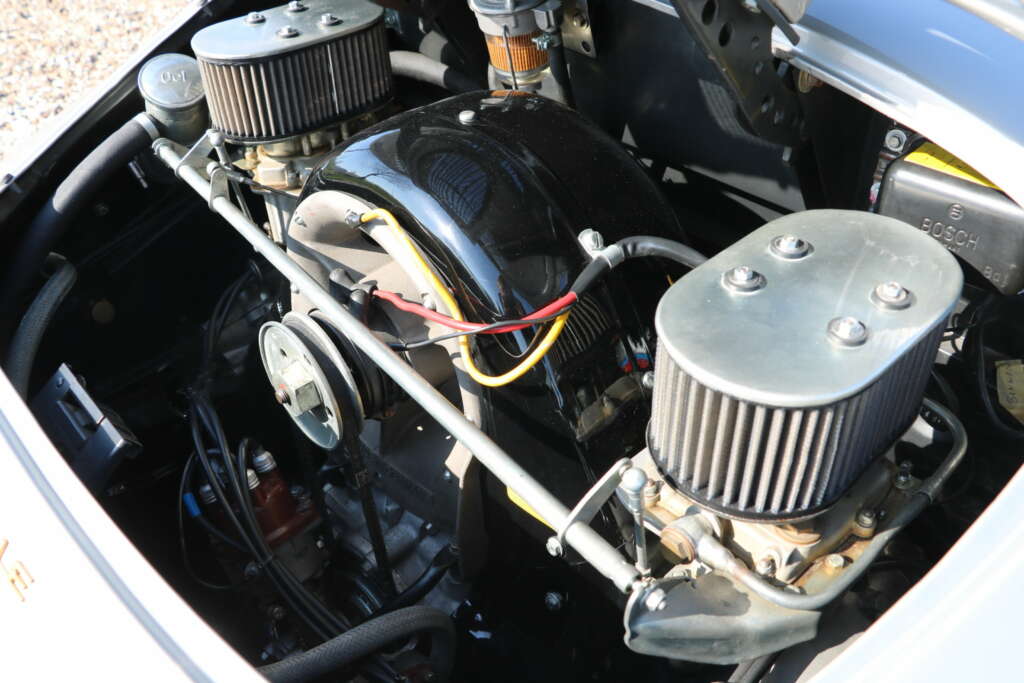 Bodie Hage from Real Art on Wheels B.V. looks forward to your questions and is happy to help you.