Long before the likes of Kimi Räikkönen, Mika Häkkinen and Keke Rosberg cemented their status as world champions on grand prix racing’s greatest stage, Leo Kinnunen was Formula 1’s first racing driver from Finland. By the late 1960s, the young Finn was in his mid-20s and had already catapulted himself from a successful career in Finnish rallying and road-course circuits to racing a Porsche 908 in 1969 and accepting an offer to join John Wyer’s Gulf-sponsored Porsche racing team. He won his debut race at the Daytona 24 Hours! Multiple victories followed with such illustrious co-drivers as Pedro Rodriguez, Brian Redman and the Swiss Jo Siffert, as the Gulf group ratcheted up victories at Brands Hatch, Monza, Watkins Glen and many others. In fact, Kinnunen even set a lap record at the Targa Florio in 1969 and not long thereafter, he was one of the drivers initially asked by Steve McQueen to partake in the filming of Le Mans – an opportunity that he turned down. 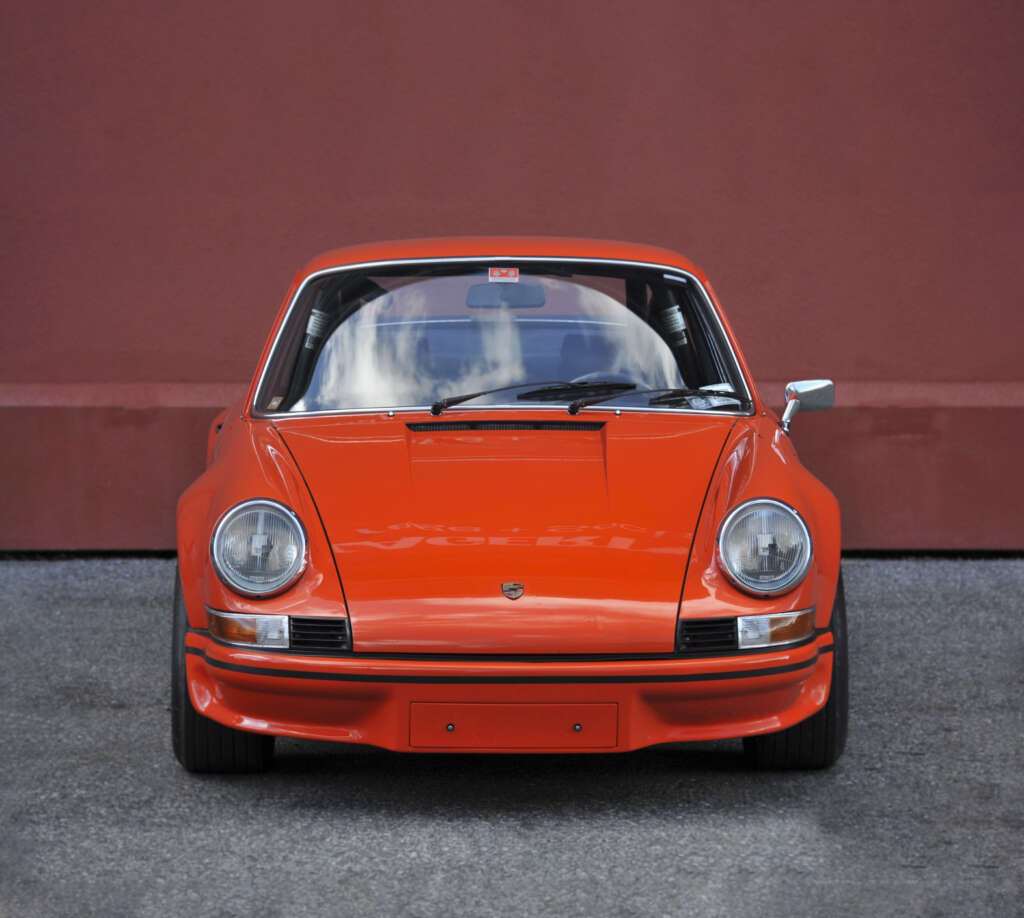 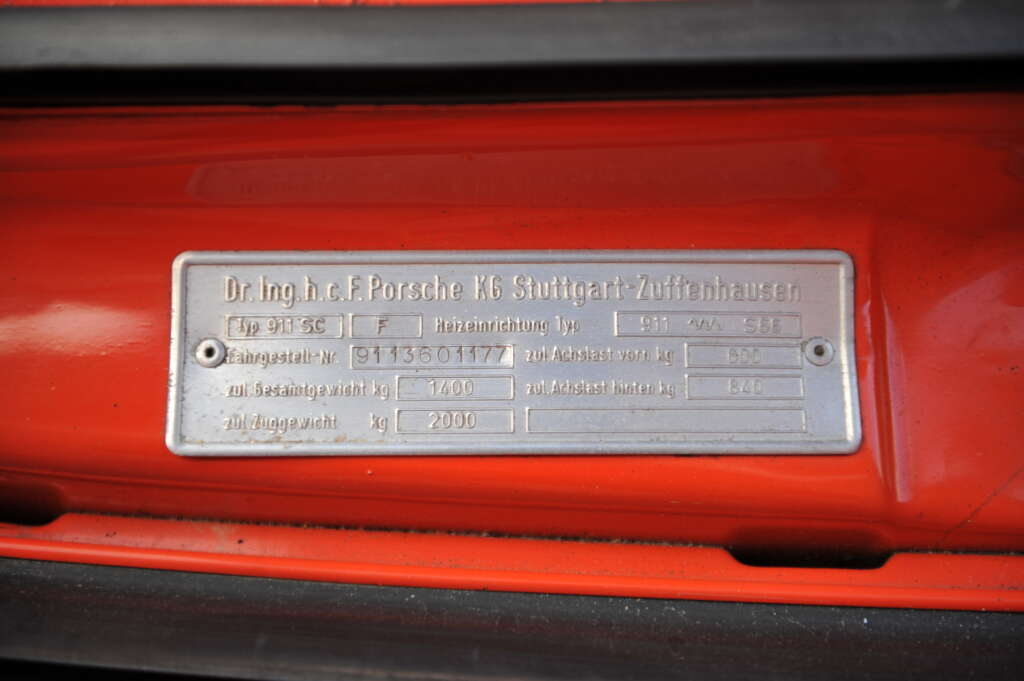 While he raced countless cars, the association with Porsche was longstanding and by the early 1970s, he raced for the blue-and-white liveried Finnish AAW Racing Team as well in the Interserie Championships, behind the wheel of a 917K, then a 917/1, winning the championship in 1971, ’72 and ’73 – three years outright!

It was during these dominant Interserie years that Kinnunen took delivery of this extraordinary 1973 Porsche Carrera RS Lightweight, which was built in April of that year, one month before he entered the Targa Florio in a Carrera RSR, coming in third overall. His street car, however, was built in advance of his participation in the 1000 Lakes Rally (now known as the Rally Finland), one of the preeminent events on the World Rally Championship, which was to take place in August and for which this car was used by Kinnunen for practice and route scouting. Previous correspondence with his daughter and on his behalf confirms the car was a “company” car during his racing days, which he personally acquired after one year of driving and kept registered in Germany thereafter, to avoid Finnish taxation regulations.

Certainly, the delivery of a Carrera RS was more than a casual occurrence at Porsche, or any other manufacturer in 1973 for that matter… this was the fastest road-going 911 since the introduction of the model. A true homologation special, it was lightweight, brutally fast, and a remarkable step up from the 911S. Weighing in at less than 1,000 kg, the RS Lightweight was precisely the giant killer that Porsche needed on the endurance racing circuit. While homologation requirements mandated production of 500 units, the Carrera RS was so popular 1,580 examples were sold, of which only 200 were the ultra-desirable M471 lightweight specification.

The car was certainly a unique specification – it sat higher and wore mudflaps in preparation for these “scouting” trips and, according to the extensive correspondence on file, the wider rear fenders were factory installed at some point in period while the large rear wing was a prototypical factory design commissioned on Kinnunen’s request from the Porsche racing department, apparently with his extensive involvement on design. The “whale tail,” as the general shape is now frequently known of course, made its production appearance somewhat later and as such this is considered one of the earliest Porsche applications of this rear wing, if not the first 911 to be fitted with a 1974-rear spoiler. In fact, according to a 2013 magazine article in which the car was presented by then-owner Juha Liukkonen, with AAW’s racing operations moving to Germany, Kinnunen was spending much more time at the Porsche factory precisely at a time when the racing department was preparing the RSR for the 1974 season. And so, being at the right place, at the right time, and with the right experience and influence from a prominent, highly successful Porsche racing driver, this street 2.7 Carrera RS was rendered a particularly unique example!

Correspondence in the file also indicates the car was fitted not only with these RSR-style wheel arches, but also “RS lightweight” engine (approx. 235 horsepower, as it seems Kinnunen felt a full RSR motor was too much for road use) and brakes, Repa belts, Matter roll cage and an 80% locked differential, which was not typically available on the street cars and, while not all these features are listed on the build sheet, correspondence and inspection suggests this was done either at the racing department, in Weissach, or shortly thereafter. The “Blutorange” (Blood Orange) finish the car wears today is factory correct as well and remarkably original, in fact. It’s perhaps safe to assume that very few Carrera RS clients were afforded such specific, bespoke upgrades, many of them from the RSR.

Following his acquisition of the car from either Gulf or AAW, Kinnunen owned the car for nearly a full decade, selling it in 1982 with about 32,000 kms, before the subsequent owner added an additional 24,000 kms. The third owner acquired it in 2001, after which the car was featured in several magazine articles.

As presented, indicated mileage sits at 65,300 kilometers and the car has been driven very sparingly, residing in a prominent American collection of sports cars, in which it has received the most professional attention.

After its acquisition, Speedsport Tuning in Danbury, CT conducted extensive service work throughout 2018, for which extensive receipts are on file, amounting to well over $30,000. Preeminent Porsche specialist Andy Prill made several recommendations in advance of this process, including an engine service and oil change, brake service and fluid change, fuel filter, engine heater hose replacement, sound insulation pad around the engine, fitment of new tires, draining and addressing the fuel system and testing of the electrical system, among other items. Speedsport addressed these matters in addition to several others, all with the aim of recommissioning the car for reliable road usage. It has been enjoyed sparingly since that time and maintained without regard for expense ensuring it is ready for the open road.

In advance of its acquisition by the current collector, the car received a full inspection from Andy Prill, for which the report is available for review. In summary, he described the car as “largely original and unrestored. Opportunities to buy RS Lightweights in this condition are very rare. Most importantly, all of the numbers I could see are verifiably authentic and original with no signs that they have ever been tampered with. The only number that I could not get a good look at is the transmission and like most of these cars the number has been obscured by contact with the road surface. The type number looks correct so there is no reason to suspect that the transmission is not original to the car.”

Regarding the cosmetic exterior condition, he stated “apart from the modifications and the new whale tail this car’s body is in amazing original condition… the car has been repainted but this was just the outside.” He continued, “the door top buffers are still present which is another good indication of originality and the car still has its original door seals. As you would expect they are old and perished a little but it is incredibly rare to see these seals that are not available new and have not been for a very long time.” In fact, even the sill threshold plates have never been removed and still retain the original white plastic rivets. As for the engine, his review was equally praiseworthy, referring to it as appearing “totally original” and “unlike 80% of these cars it also has retained the original cam chain tensioners.”

Given his extensive, career-long experience with rare and desirable Porsche motor cars, his summary is perhaps most critical in understanding the rarity and desirability of this car. “This is an original, unrestored and very interesting Carrera RS lightweight. Apart from the period modifications the car is about as authentic and original as it is possible to be. Such examples are extremely rare these days and the car’s provenance is also rare and historically desirable.”

Indeed, as he points out, of the 200 RS Lightweights built, many of them were raced in period, occasionally damaged and as such, given the passage of time, perhaps 95% of the examples that exist have been fully restored. As such, the offering of an extremely original example, with fascinating provenance and period factory modifications is an exceptionally rare opportunity. 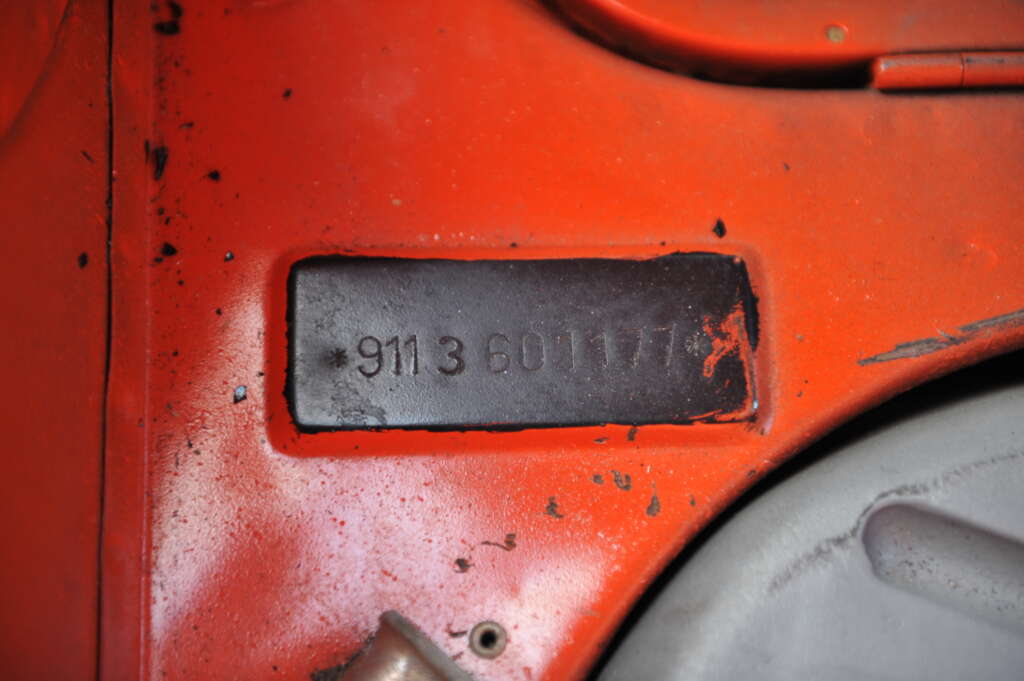 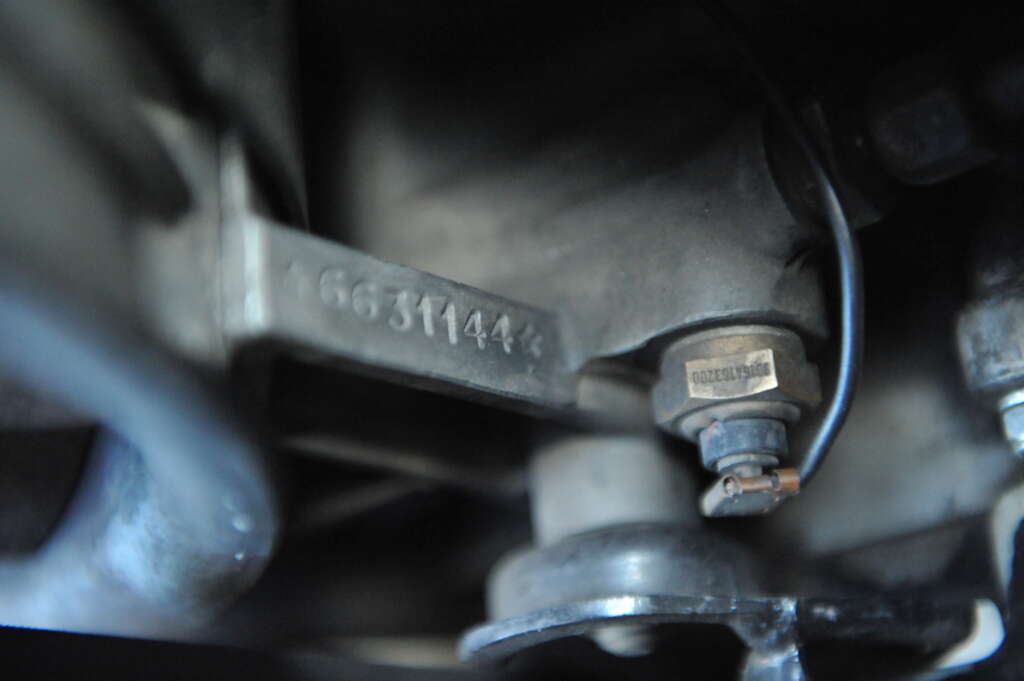 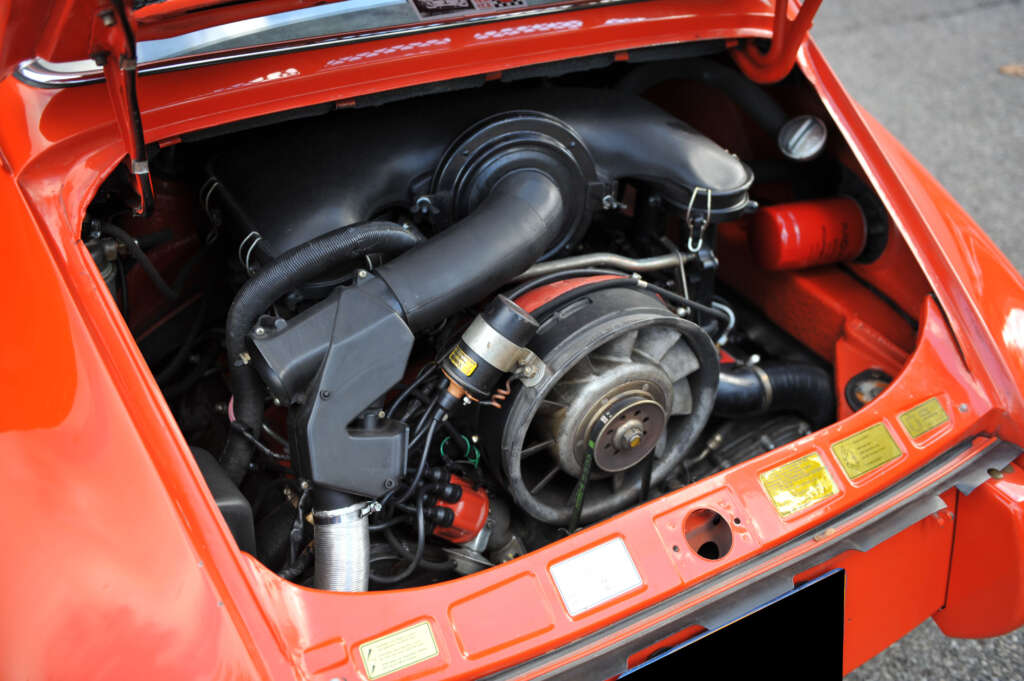 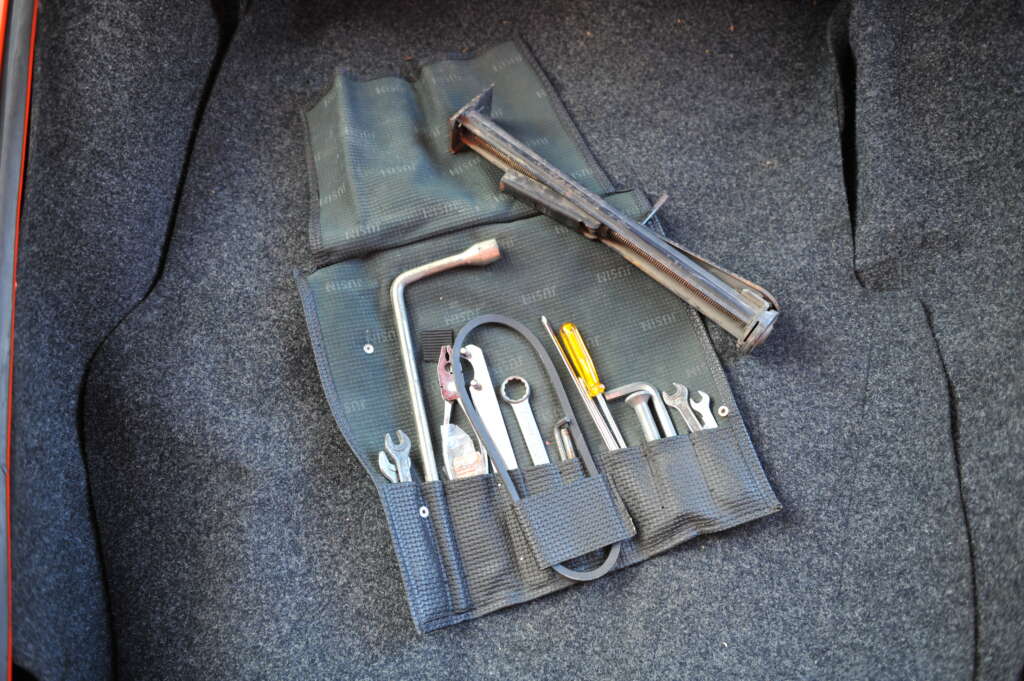 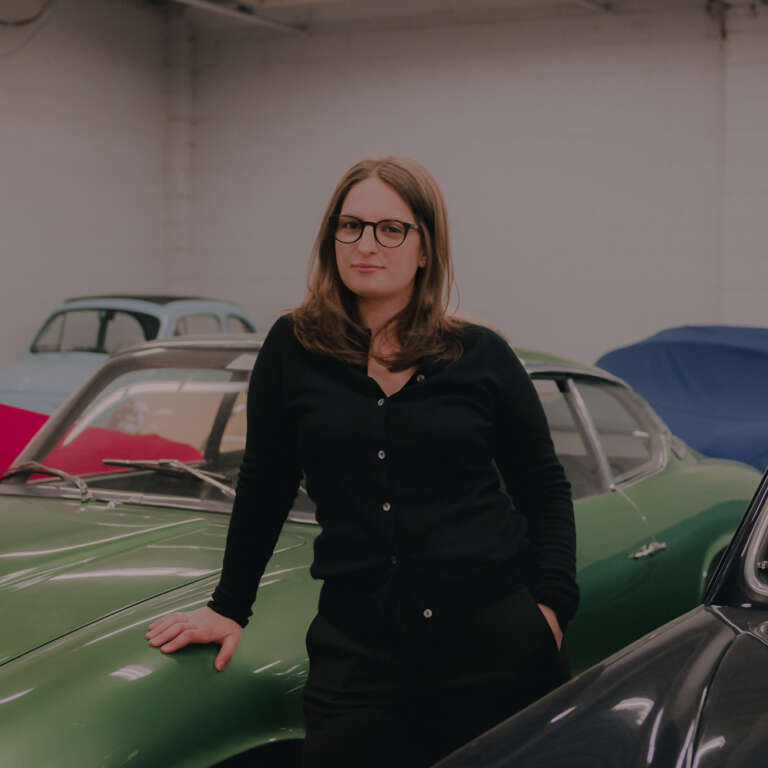 Maddie Baker from Collectors Garage - A Broad Arrow Company looks forward to your questions and is happy to help you.