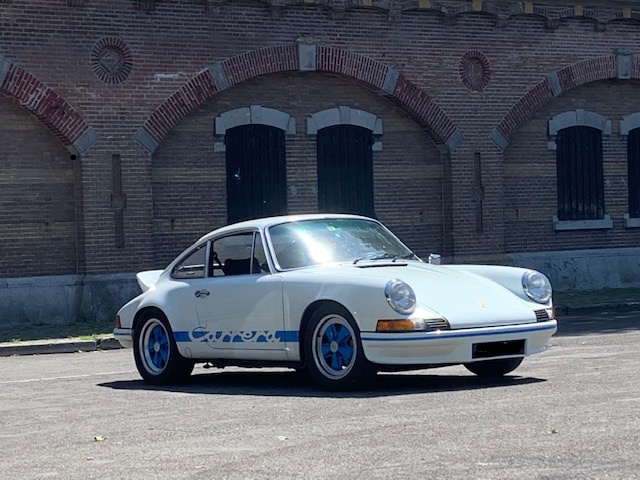 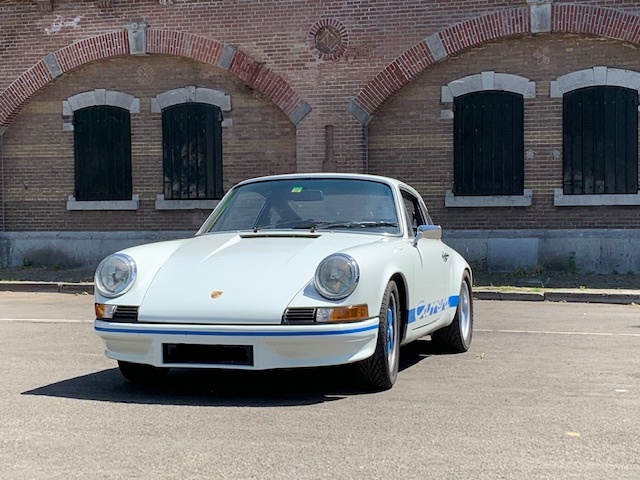 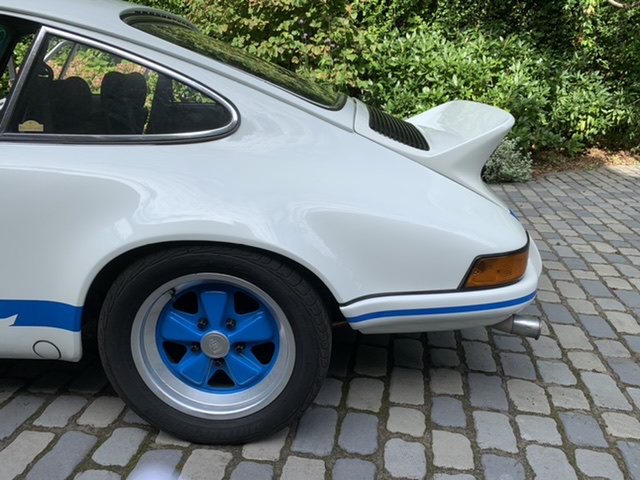 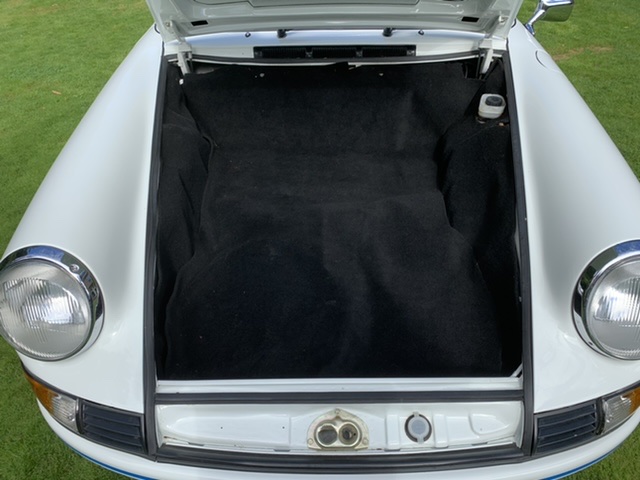 Driving this car always puts a smile on your face. A manual non sunroof lightweight car, with power and torque, very nimble and accessible to drive, elegant and without the headaches of its age. A documented bare metal restoration, an engine rebuild, a period recaro interior that seats 4. At her recent valuation she was reiterated at €140,000 given her restoration quality, period correct foundation and state of the car. To put things in perspective, take a 911F, be it a T, E or S and it drives like an old and tired car.  Restoring a 911 costs €50k at a bare minimum.

The car comes with its complete historic log of foto’s, documentation, correspondence and parts lists which details the depth of the restoration process. Also all period valuation reports since restoration are provided.

Owned since 2000, this car started life in September 1971 as a 911 2.4T, one of the first 1972 ölklappe, buildnumber 112. In December 1999 it was imported from Italy to the Netherlands and remained with the current owner. End of 2004 it was decided this lady needed some attention to take away some of the wear and tear that she had collected over the years. She was sporting an aftermarket RS front bumper which planted the seed to restore the car and build a great and usable period correct recreation of a 2,7 Carrera RS Leichtbau. The objective of the restoration was to create a daily driver with uprated engine and suspension for comfort and usability, yet maintaining the classic experience. Weatherproofed to withstand the northern climate and accommodating a family of 4.

The car was stripped to a bare shell and media blasted. Body work was done by a Dutch ex rallydriver who suggested enforcing the body for structural rigidity. As such the front inner wings were replaced, and structural enforcements were seamwelded below the A pillar. Inner and outer sills were obviously replaced and front quarter panels and boot lid were replaced with original Porsche body panels, KTL treated and primed. The steel rear panels are also original Porsche. Unlike many backdated G models, no cheap flimsy plastic quarterpanels on this car! Replacement doors were sourced from a late car which benefit from galvanized treatment and have the side impact bars for safety. Painted in 3 coats of Grandprix white, and having sourced the perfect quality fiberglass front and rear fender that separates the Leichtbau from the Touring, the rebuild process started in 2008.

In 2010 the project was handed to a private RS expert in the south of Holland – who had supplied the fiberglass RS parts. Given his experience of restoring multiple F types including two originals RS’ses and one RS in waiting, he was chosen to finish the project to the right specification and build quality. A rebuilt 3.0 liter 204 HP engine was chosen for its torque range and mated to the original 915 gearbox with new gearlinkage. 2.7 SSI heat exchangers were fitted to allow the engine to breath more freely, gaining 10hp. The CIS injection system was rebuilt making this engine responsive and it starts on a twist. The engine was equipped with the more durable 930turbo rocker covers. Brakes and suspension from an 1984 SC were rebuilt and fitted. Bilstein dual action shocks ensured sportiness as well as comfort.

The interior received black Recaro style front seats with corduroy inserts, a new dashboard and the correct headlining, lightweight doorcards and carpets in black and original style rubber mats. The steering wheel is a correct RS original 38cm hockey puck sports version. Keys were handed back in 2014. Since then the car has been mostly driven in family trips and clocking 14,000 km, including a trip through the Swiss Alps. Upon return she received new tires around her 15” Fuchs wheels , 7j and 8j and racing brake pads around.

With its structural rigidity the car steering feel and cornering is like no other early Porsche, the engine has an abundance of torque and horsepower to push forward its lightweight clothes, offering a superior drive sensation to most early cars, including the revered “S” cars. This elegant Porsche is built to enjoy, raises thumbs up from fellow drivers, doesn’t lose you sleep (as “real” cars bought for investment purposes have just dropped €100,000 or more from their 2017 highs. This is an all rounder that loves revving through the Alps as well as pootling around town to get an icecream with the family.

The car is registered in the Netherlands ready to drive and located 25 minutes from Amsterdam airport.

Correspondence in English, Dutch, German or French. Complete foto documentation and invoices from the restoration process come with the car as well as all valuation reports after restoration. 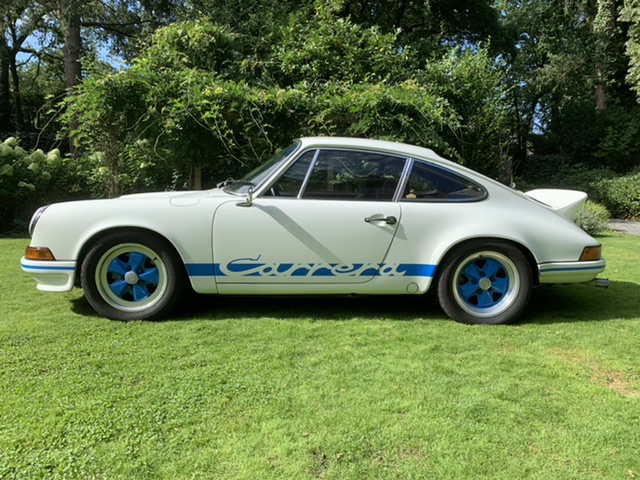 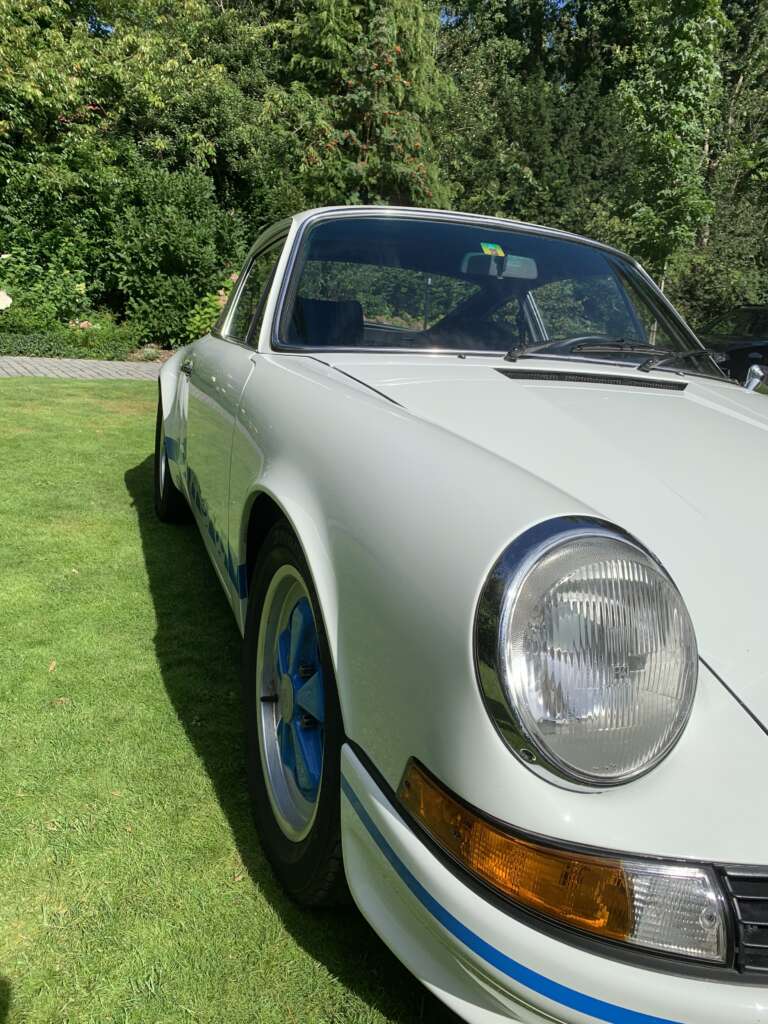 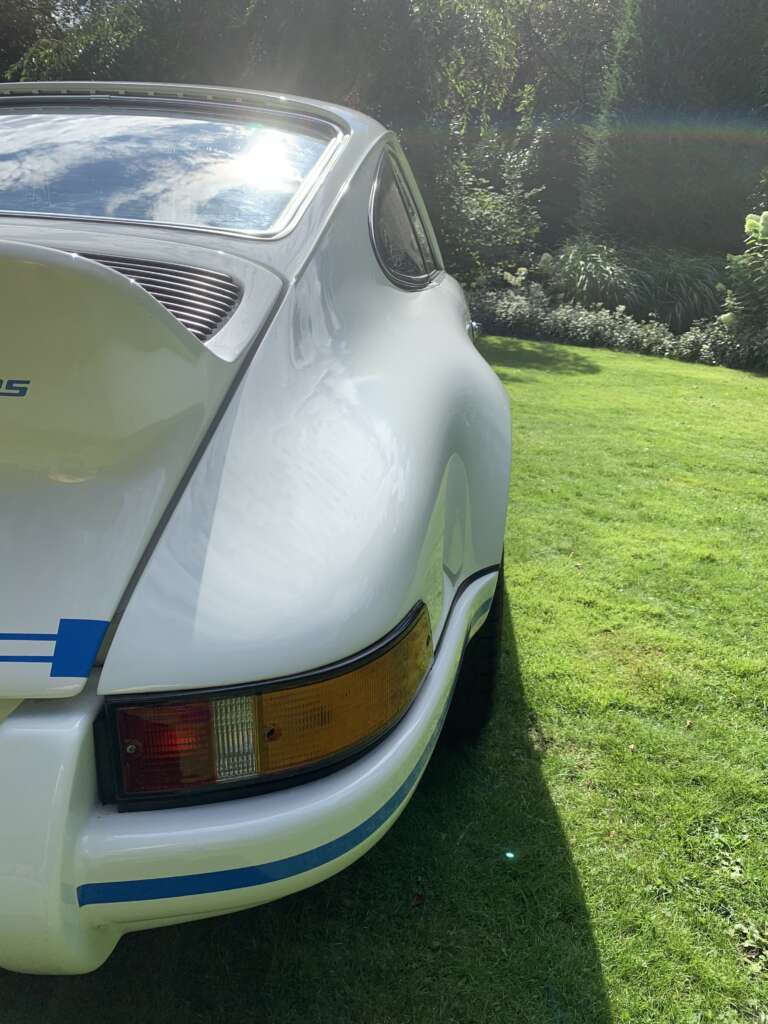 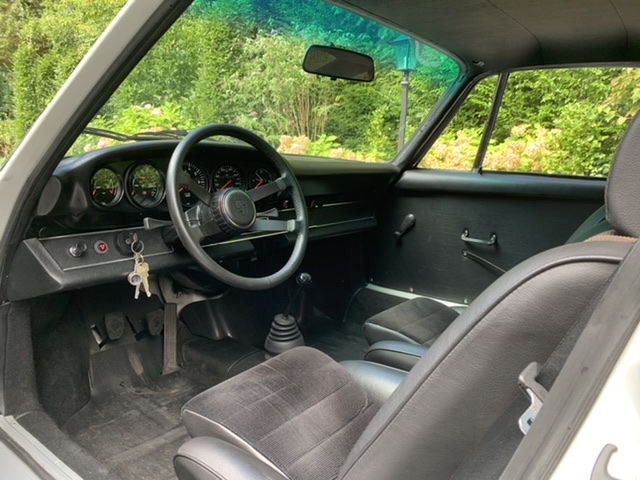 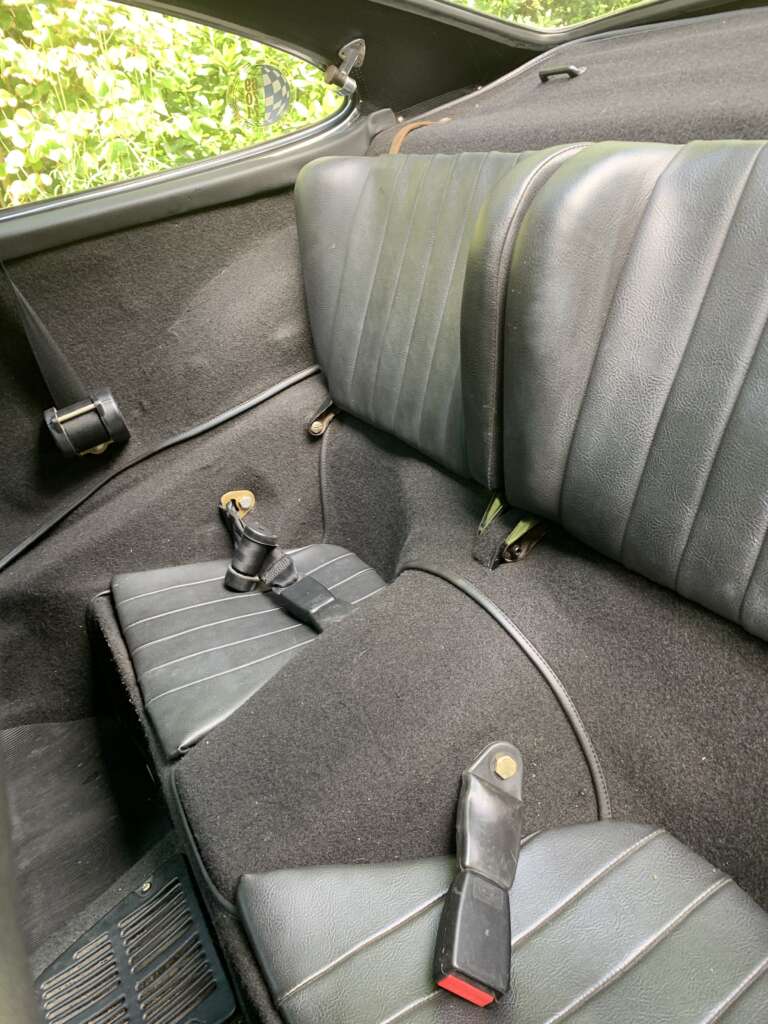 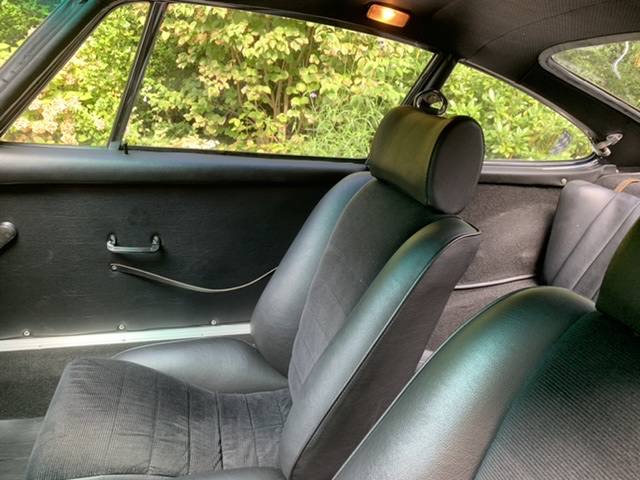 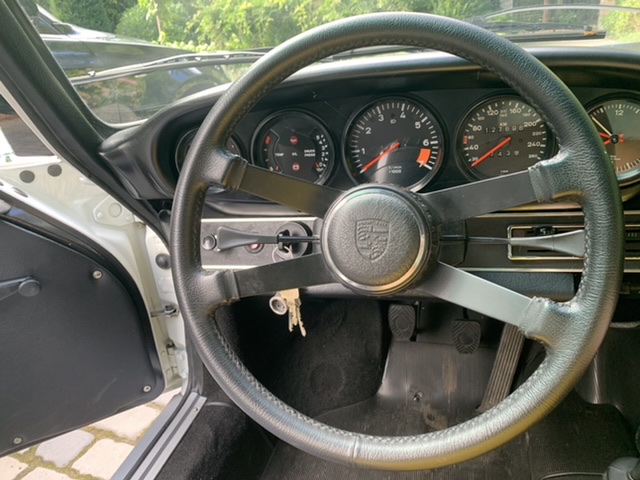 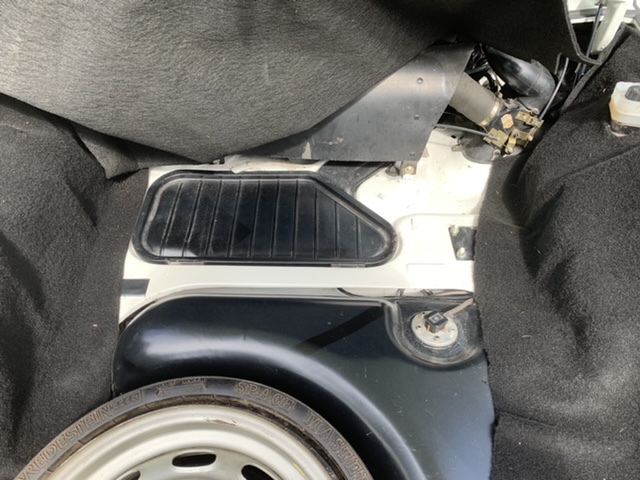 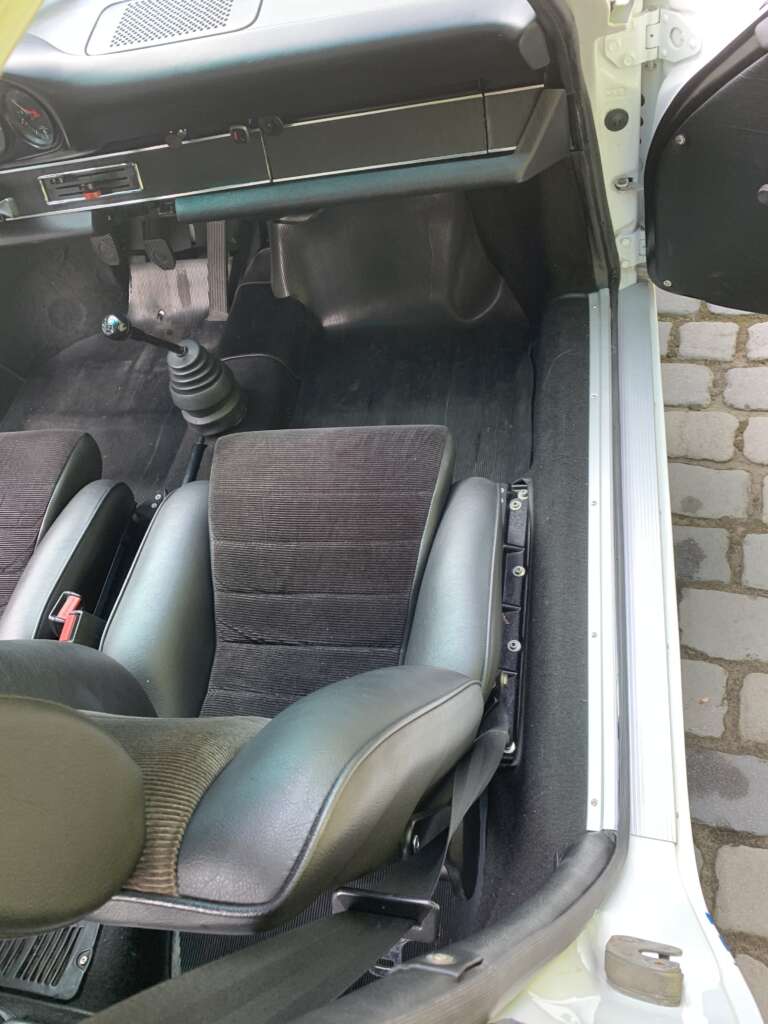 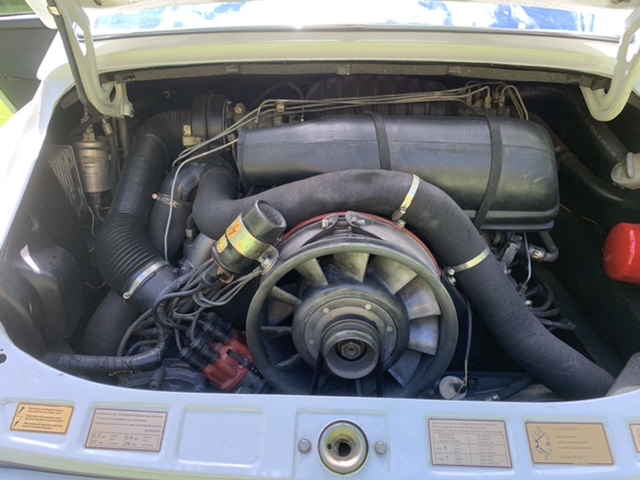