Any car enthusiast with an ounce of petroleum in their veins will be aware of the 1973 Porsche Carrera RS, nearly every journalist waxed lyrical about it when launched and it was no coincidence that several formula 1 drivers had one for commuting to the circuit for their day job, ensuring its legendary status was sealed.

Amazingly for a car that cost circa £6,000 when new, you will now likely require north of £500,000 to secure a RHD example, particularly in LWT form, meaning these wonderful cars remain in the ownership of the lucky few today. However, all is not lost for those wanting to enjoy some of the attributes of this iconic model on a more realistic budget, as the 911RS was based on a regular model allowing reproductions to be easily created. These fall fundamentally into two categories, the first being based on a period car with period mechanicals and the second being based on a later 80s car donor car with the attributes of stronger more reliable components. The decision whether to stick with a period conversion or opt for a later more reliable and more useable car is a personal decision, however, what is common to all is how well the car has been executed. A well-built example will be a joy to own, whilst a poorly created car will always be that one you wish you had never found. Today if you were to create either from scratch and have it built to a high standard from a reputed specialist, it will cost in excess of £150,000.

The car we are offering for sale here was built by classic 911 specialists Historika and if unfamiliar with the name, a quick check on Google will confirm they know how to build an air cooled 911, particularly the early motorsport variants. This example is based on a chassis identity from a 1981 911 SC, however, features most of its components from the later 3.2 Carrera. It was originally created/ fully restored from a RHD shell in house at Historika from the ground up and features correct 1973 front wings, front slam panel, steel bonnet, lightweight bumpers and ducktail rear spoiler. The interior was finished fundamentally to LWT specification but still retained electric windows and sunroof for comfort on longer road trips.

Mechanically the suspension and brakes were correctly refurbished with the Bilstein dampers being built to Historikas own fast road specification, a fully rebuilt 915 gearbox with additional oil cooler and a 3.2 litre engine again rebuilt with 964 cams, an early style exhaust system and Jenvey throttle bodies to produce 250BHP. Lastly, the genuine 7” x15” and 8” x 15” Fuchs alloys were correctly finished as per a 70s Touring model.

Since being purchased in 2018, the current owner has replaced the originally fitted fixed sports seats with new Desa fully adjustable Recaro style items, finished in black leather with dark red corduroy inserts. At the same time, he replaced the vinyl door cards with new leather items and new leather door straps. All of this was supplied by Southbound Motor Trimmers and fitted by another renowned Porsche specialist Gantspeed who are nearby to him, with great attention to detail given to making sure the driving position was `absolutely correct` At the same time the window frames were re anodised and a 2.7 engine lid badge together with a new set of correct profile Pirelli Cinturato tyres were also fitted as per an original period car.

With just over 2,000 miles recorded since completion, this 911 feels nicely run in and an absolute joy to drive, offering the steering feel and ride quality of a genuine car. With a similar kerb weight to an original Touring RS and its 250BHP motor offering some 40BHP more together with a stronger braking system, it probably comes as no surprise that it is usefully quicker than the holy grail down your favourite B road too.

A rock solid, well-built recreation by a respected specialist, that would make an interesting addition for those wanting to preserve their valuable original, or for those less fortunate, a real slice of period 911 motoring, for a fraction of the investment required to enter that exclusive owners club today. 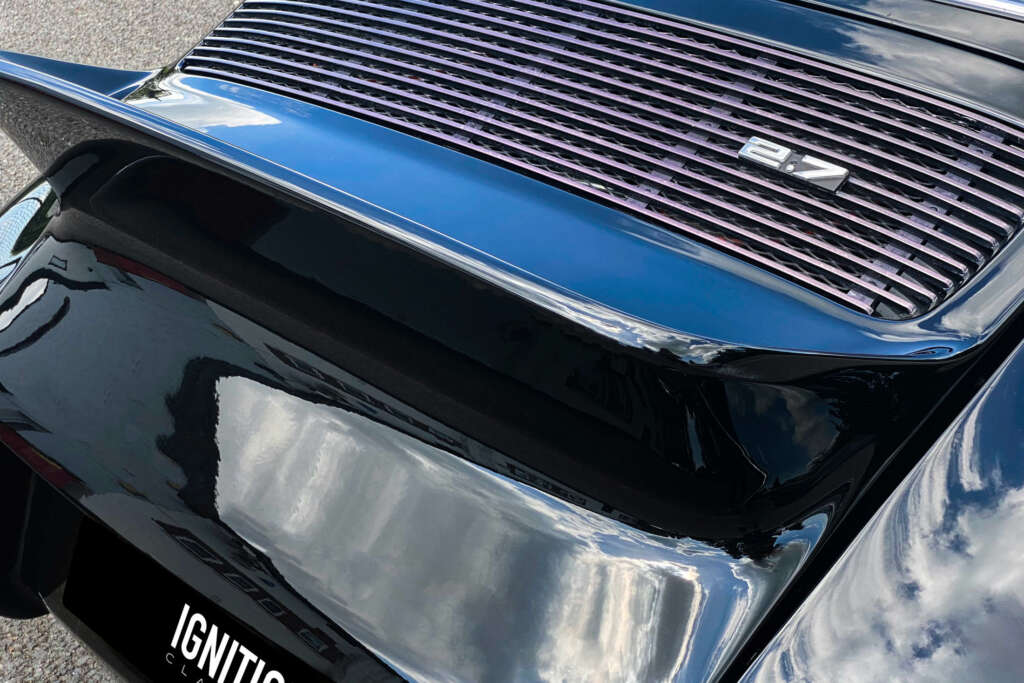 Carla Godfrey from Ignition Classics looks forward to your questions and is happy to help you.