In 1967 Porsche released the first “S” example of the venerable 911. Setting the stage for all subsequent S and RS models over the next 50+ years, the recipe was simple to follow:  Add power, remove weight, and enhance handling.

The 1967 car achieved this through the tweaking of the 2.0L 6 cylinder engine to produce 160hp, a healthy jump from the base 911 at 130hp. Ventilated brakes were added at all four corners (rare in 1967), and for the first time, the iconic Fuchs wheels were offered as standard on the Porsche 911. Front sway bar diameter was increased, and a new rear sway bar was factory installed to sharpen the handling on the 911S.

Enter the weekend gentleman racer. Porsche has a long history of motorsport, and there are numerous paths to take street cars and make them competitive in various classes and competitions. This is part of the reason that the Porsche 911 has endured for decades as such a competent platform; the constant evolution and pushing of the envelope both by the factory and the privateers. This 1967 Porsche 911S followed in those footsteps during the recent restoration. Some simple modifications in tune with the “sports-purpose” mantra for many early 911s.

Beginning with the engine, a complete overhaul was specified. The factory original engine case was damaged many years ago, so a replacement blank case was used for the restoration, which has been re-stamped as 960617. The original engine case (#960617) is included with the car, and upon inspection and discussion, it may still be possible to repair it if desired. Furthermore, the car has just finished it’s 500-mile break-in period and has just had an oil/filter change in May 2019.

The car features the original numbers and type matching 901 transmission case (#103618), fully rebuilt with stock internals, plus the addition of a Quaife limited slip differential. It shifts smoothly into all gears and is a treat to drive on back roads.

For the wheels and tires, the sports purpose theme continues, and the car is currently running a set of Fuchs sized 15×6 and 15x7R, finished in a frosted RSR look by Harvey Weidman. Michelin TB15 tires in a slightly staggered set-up were chosen to wrap around the Fuchs – 15/60 R15 up front, and 18/60 R15 out back.

All bare metal was restored and replaced as needed before the original shade of Polo Red was applied once again to the car. All trim and rubber is new and/or refurbished and Sekurit original glass is in place other than the front windshield. Deco trim, bumperettes, and all the lights are new as well during the restoration. Currently featuring fog/driving lights under the bumper, the cover plates are included and have also been restored and painted Polo Red at the same time, providing you the option for either look.

The interior is all fresh as well – carpets, headliner, seating surfaces, dash, gauges, door panels. All stock other than the later style seats that feature houndstooth/pepita inserts. The upgraded seats are very comfortable and could easily be switched for standard seats as desired. For interior comfort, the car was optioned with a factory Webasto heater. The heater has been restored and is in place, but not connected at this time due to safety concerns. The large diameter steering wheel keeps the SWB flavor alive during the driving experience.

Why We Love This Car

Porsche 911 based cars have a history of blurring the line between road and race examples. The factory themselves delivered numerous publications to help owners convert and upgrade their personal cars for the local rallies, hillclimbs, and racing events in the 1960s and 1970s. This was the true “sports-purpose” look that many 911s have seen and enjoyed over the years. This car was restored from the ground up with a bit of both street and race – the essence of the weekend gentleman racer in our opinion.

The modifications from original are all reversible as desired for the next caretaker. Many of the original parts are included with the car upon sale, and where they are not, the parts are readily available in the current market.

This car has written several great chapters in its own book over the decades. Sold as a street car to a Porsche enthusiast in 1967 as the first “S” model of the 911 series, later used as a race car for a number of years, and then restored back to street duty as seen here. The upgrades are tasteful and highly usable. The car provides one of the most enjoyable driving experiences from an early 911 we have sampled. There is something about a SWB car that is special, even more so with this dedicated and thoughtful build.

This wonderful numbers matching 1967 Porsche 911S is fresh from a multi-year restoration, having just covered 500 miles. It is now fully sorted and ready for a new caretaker to use and enjoy the subtle upgrades to one of the most desirable early Porsche 911s. The car comes with a tool kit, jack, books/manuals as pictured, original engine case, original suspension components, and numerous boxes of spare/original parts. 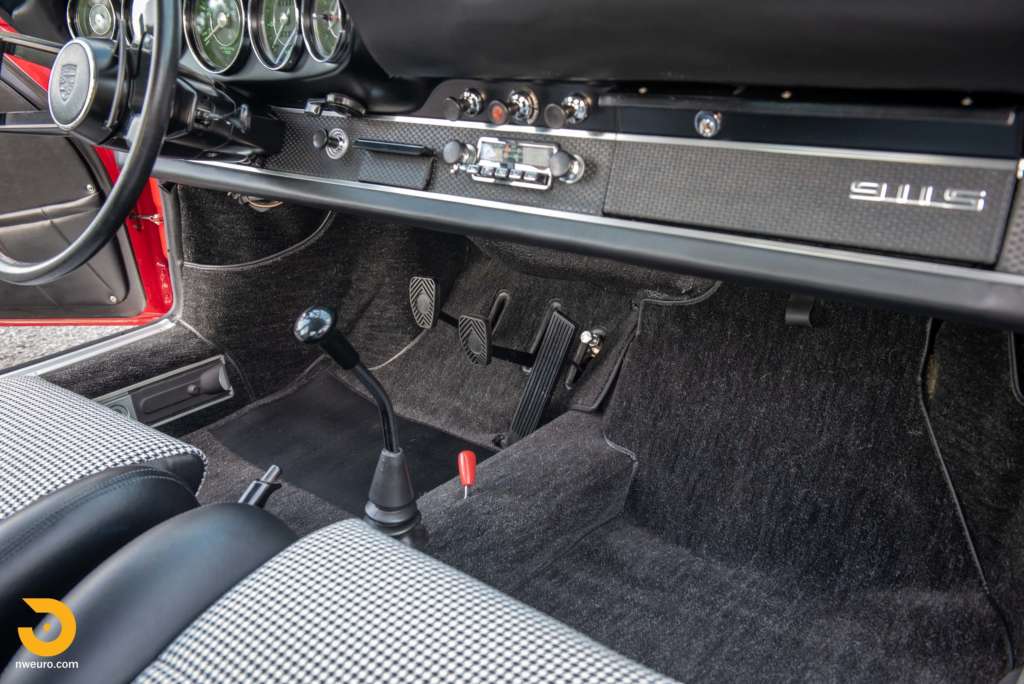 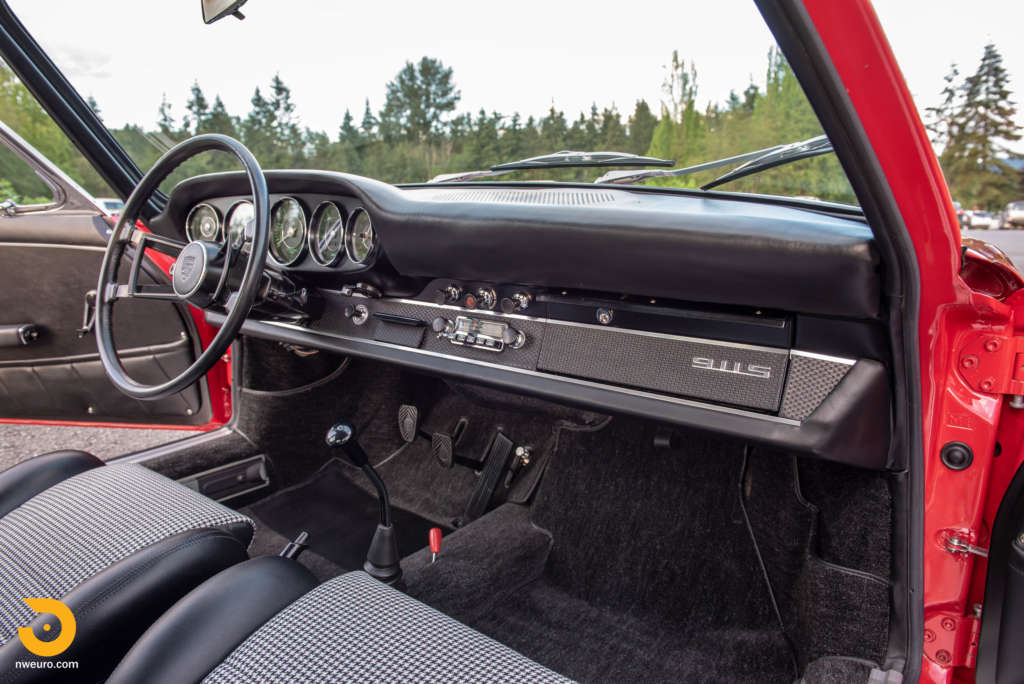