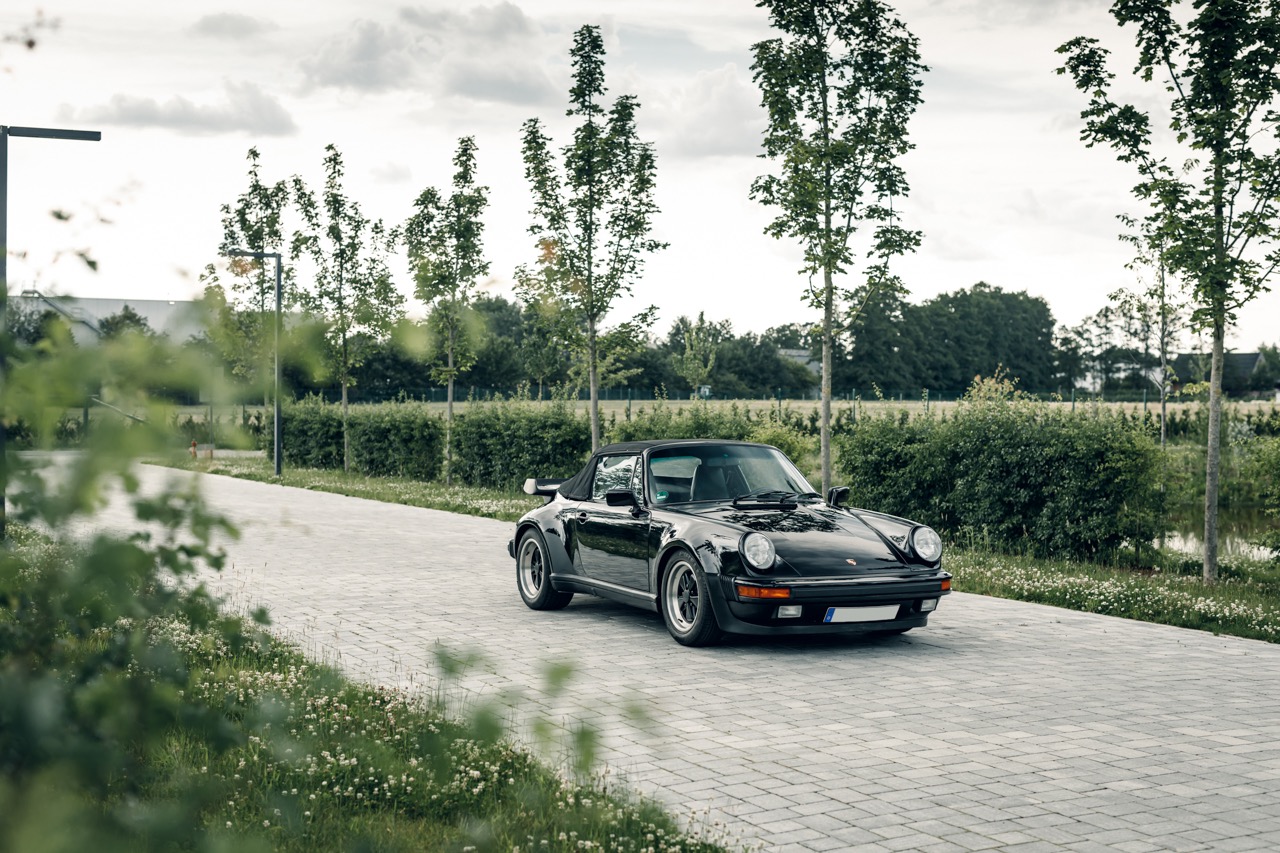 The 930 Turbo launched by Porsche in 1975 was a revolution and immediately became an icon. The Turbo was the top model at Porsche and combined brute performance with very good equipment. Thanks to its significantly wider body, the wide rims and the striking turbo spoiler, it was immediately recognizable.

It was the first production sports car in which Porsche installed a turbocharger and, when it appeared, the fastest production car on German roads. With its high output of 260 hp (191 kW) and comparatively low weight, it offered performance that was previously only known from pure racing cars.

At the end of 1979 the new 3.3 liter turbo, a completely newly developed turbo came on the market, which now reached the magic number of 300 hp (220 kW) and thus served the wishes of the performance-hungry customers. The new “Super Turbo” was the result of long development work, not only to enable the increase in performance, but also to technically tune the car as a whole to the higher performance. Increasing the displacement to 3,298 cc made a number of new components such as the crankshaft, connecting rod, piston and cylinder and oil pump necessary. The Turbo 3.3 is also the first series engine to have its charge air pre-cooled. By reducing the temperature, there is more air mass in the supplied air with the same volume. This allowed more fuel to be burned and the efficiency to be increased.

The optimized shape and angle of attack of the new spoiler ensured less lift and thus better power transmission of the rear wheels with the same air resistance. At the same time, the new design with the raised edges ensured a better flow to the new charge air cooler.

The braking system has also been improved in the 3.3 Turbo: on the one hand, thicker brake discs at the front and rear made it possible to have larger ventilation channels in the discs. In addition, the brake discs were now perforated, which is why they responded better when wet.

The model year 1989 was the last model year of the so-called "G-model" of the Porsche 911. In the same year the successor 964 came on the market.

For this last model year, Porsche equipped the 930 Turbo with the modern and reinforced 5-speed G50 transmission and also equipped the car with a hydraulic clutch. These changes once again significantly improved the driving behavior of the 930 Turbo. The now narrower gearbox leads to smaller speed jumps, so that the turbocharger can build up pressure faster. The hydraulic clutch can be operated with significantly less power and also with more precision, which enables more comfort and better starts.

The mileage also improved with the new transmission.

The suspension set-up was also thoroughly improved with larger torsion bars on the rear axle, modified stabilizers and harder shock absorbers for the 89er.

This car is one of the very last vehicles built with a very high chassis number among the last 15 vehicles of this type.

As the successor 964 Turbo also built only 6 convertibles and the subsequent 993 Turbo also only 14 convertibles, an air-cooled Porsche 911 Turbo Cabriolet is an extremely rare proposition.

The original checkbook is not available, but the Carfax report with 12 entries shows that the mileage is well documented and is just over 30,000 miles or just under 50,000 km. According to the available papers and discussions with the previous American owners, the car had only two owners in the USA. The first owner bought the car in California and then moved to Aspen, Colorado in 1996. At the first emissions test in Aspen in 1996, the car had driven 21,251 miles. In 2000 he sold the car back to California to the second owner from Santa Barbara. In 2003 he sold the car back to the first owner from Aspen. At the time, the car had a mileage of 27,713 miles.

In 2007 the current German owner bought the car with 28,272 miles and imported it in Germany. The car has a German H registration.

The car is in a very well-kept condition with a very nice, almost new original interior.

The paint is largely original and in a remarkable condition for a 33 year old black solid paint.

A stainless steel sports exhaust and a larger andial intercooler are installed in the car. The turbocharger is the original KKK turbocharger from Porsche.

In addition to the original hood, there is also a complete cover to cover the interior.

The car can be viewed by arrangement. A lift is of course also available for this.

We create our descriptions and advertisements very conscientiously and carefully. Nevertheless, we ask for your understanding that the information given here is non-binding descriptions that do not represent guaranteed properties. We are not liable for errors, input errors and data transmission errors and reserve the right to make changes and prior sale. In this case, the sale is made on behalf of the customer by private customers without proof of VAT. 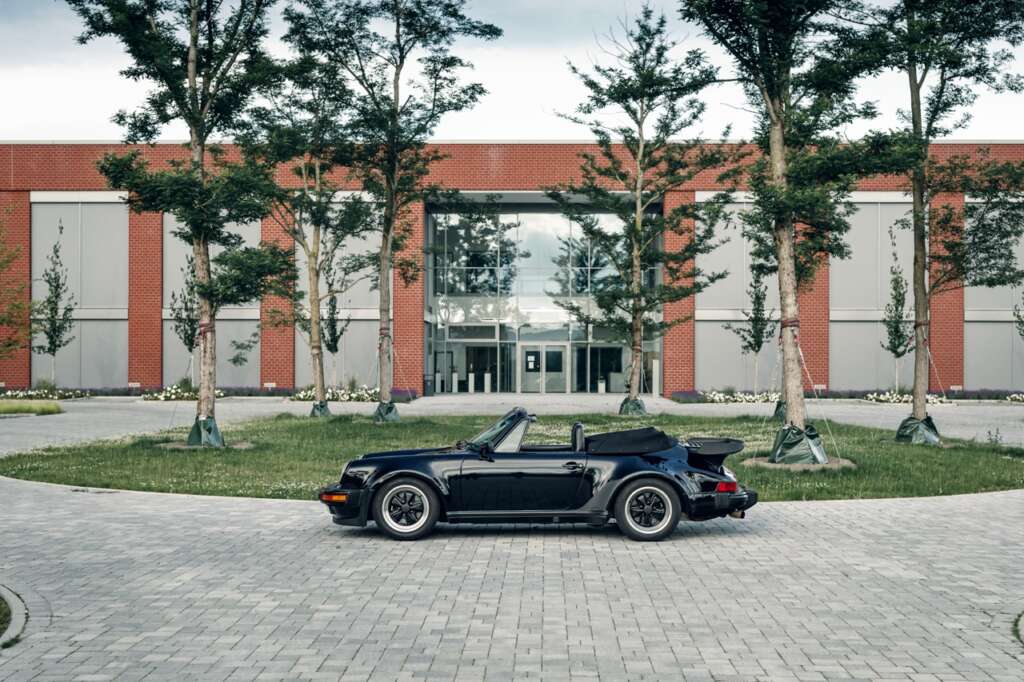 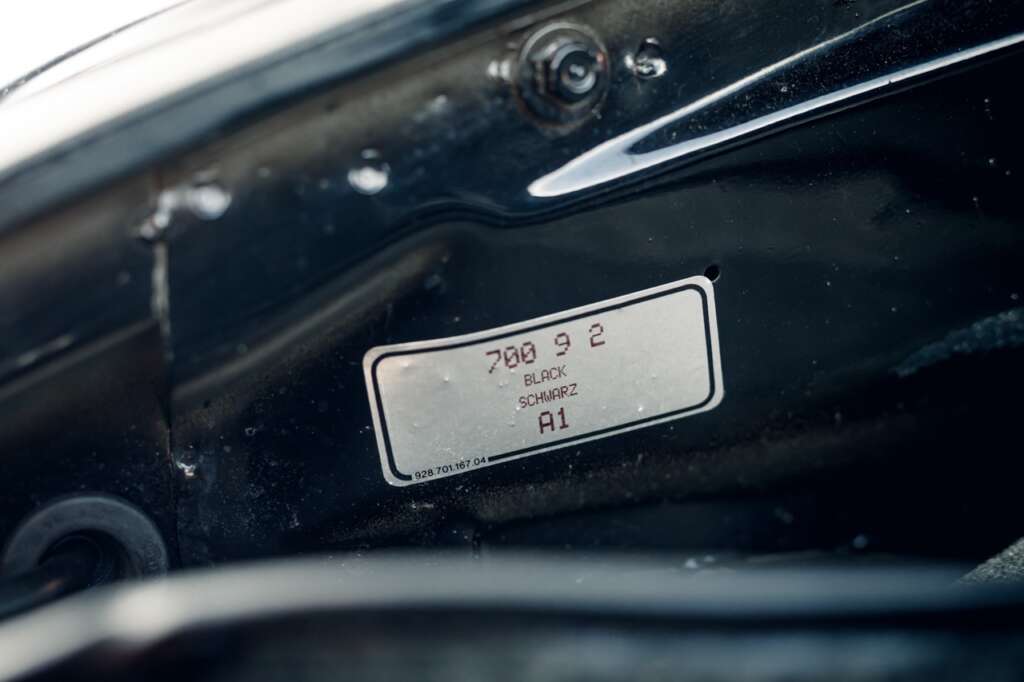 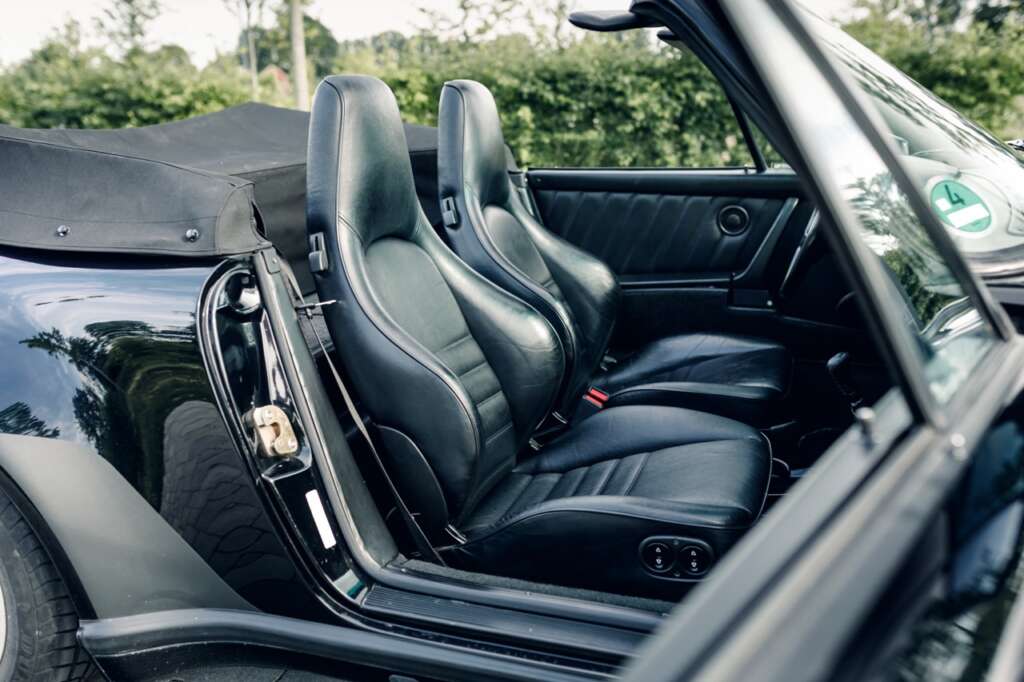 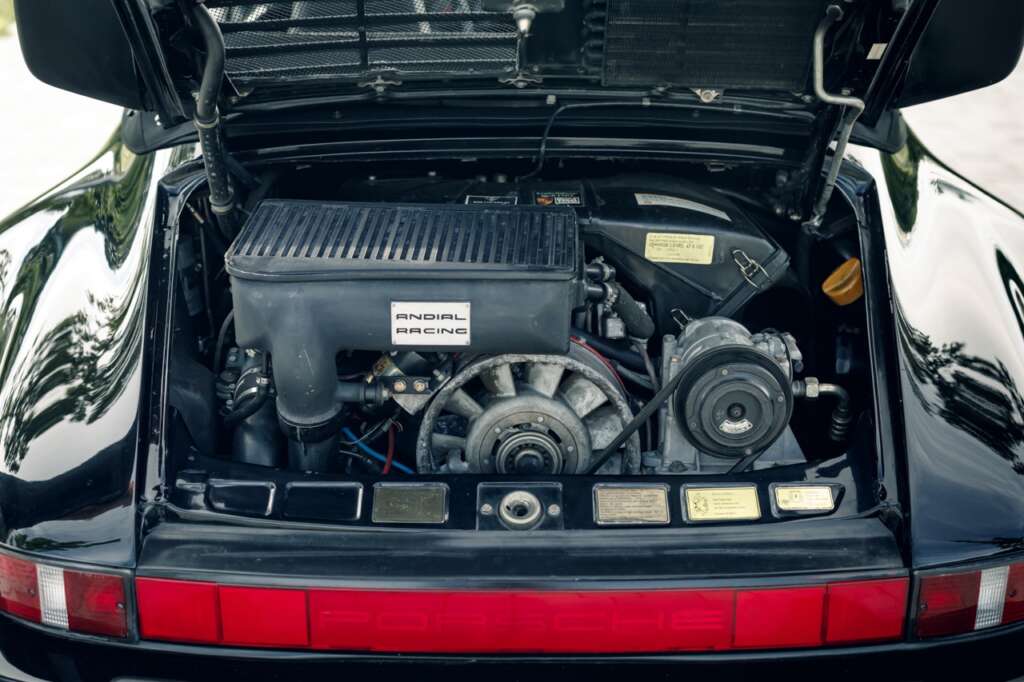