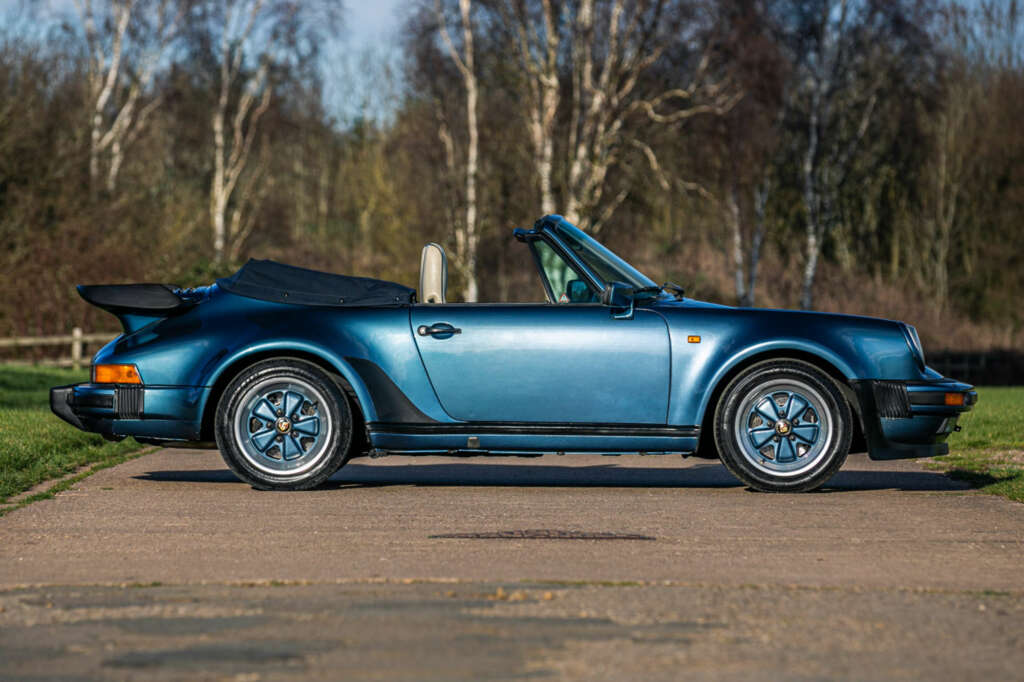 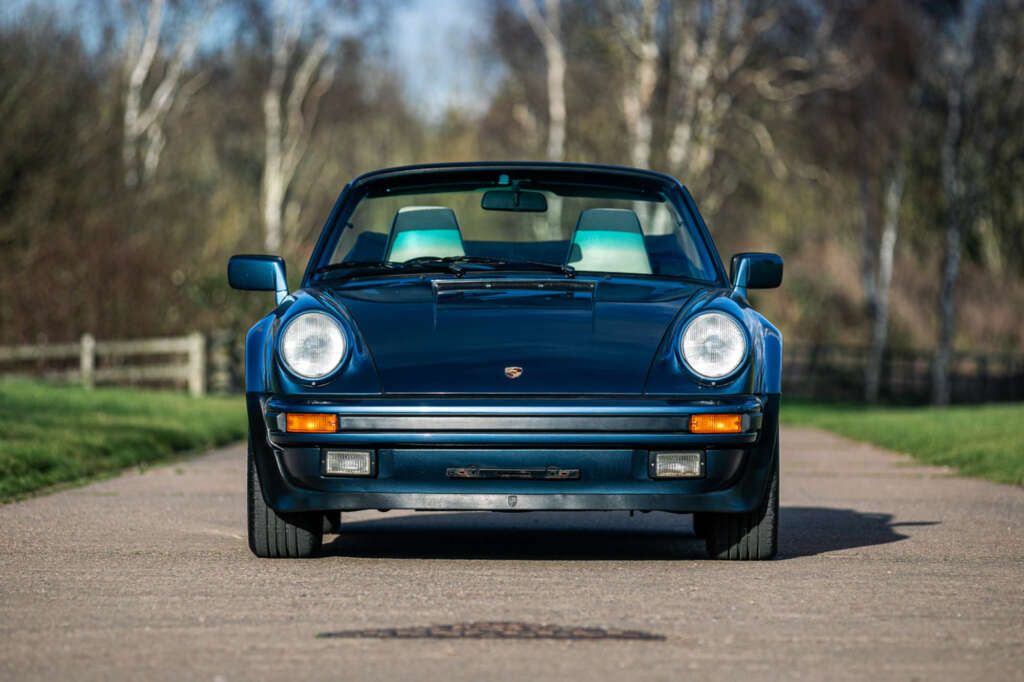 First introduced in 1975, the 930 Turbo version of the amazing Porsche 911 evolved every few years to maintain its position as one of the fastest and most desirable sports cars of its time. By 1989, the final versions were offering 330bhp, which when coupled with the new G50 5-speed gearbox, propelled the car up to a top speed of 162mph and a 0-60 was covered in just 4.9 seconds. Porsche enthusiasts often consider the 930 of 1989 to be the ultimate incarnation, as it was the only year that this model was fitted with the 5-speed G50 gearbox which offered ratios better suited to the Turbo’s power delivery, and 1989 was the last year of production of the iconic which makes it just that bit ‘special’ .

This particular, privately owned, car was acquired by our vendor in 2013 since which time it has covered just 2,200 miles. The total mileage of 57,888 is confirmed and backed up by previous MOT Certificates in the comprehensive history file which accompanies the car.

It was supplied new as a UK C16 car through Maltin Porsche of Henley on Thames on the first of August 1989 to a Mr John Glashan from Liverpool, but was then registered to a Mr John Rix of Bridgend very shortly afterwards. The original maintenance/service book is very well stamped throughout and reflects a full service history with main dealers and recognised specialist dealers. In addition to the full original book pack there are many invoices on file, one of which confirms an engine rebuild with new Porsche original pistons and liners in 2004 at 43,000 miles, costing £7,568 at the time.

More recently the car has returned from MLR Independent Porsche Specialists where work has included stripping out the interior and fitting new carpets as well as retrimming damaged and faded panels inside the car. Additionally, the roof has also been stripped, fitted with new motors and realigned and at the same time the engine was removed for a service and various seals and gaskets replaced. The total expenditure in 2021 on these various items adds up to over £4,500 and the detailed invoices are on file.

Available now – with a fresh MOT and all outstanding work completed – and at an attractive guide, this is a great car with which to enjoy the forthcoming Spring and Summer weather as we emerge from lock-down and start to enjoy using our classics once again with a guaranteed smile-a-mile in this final evolution of the legendary 930 Turbo. 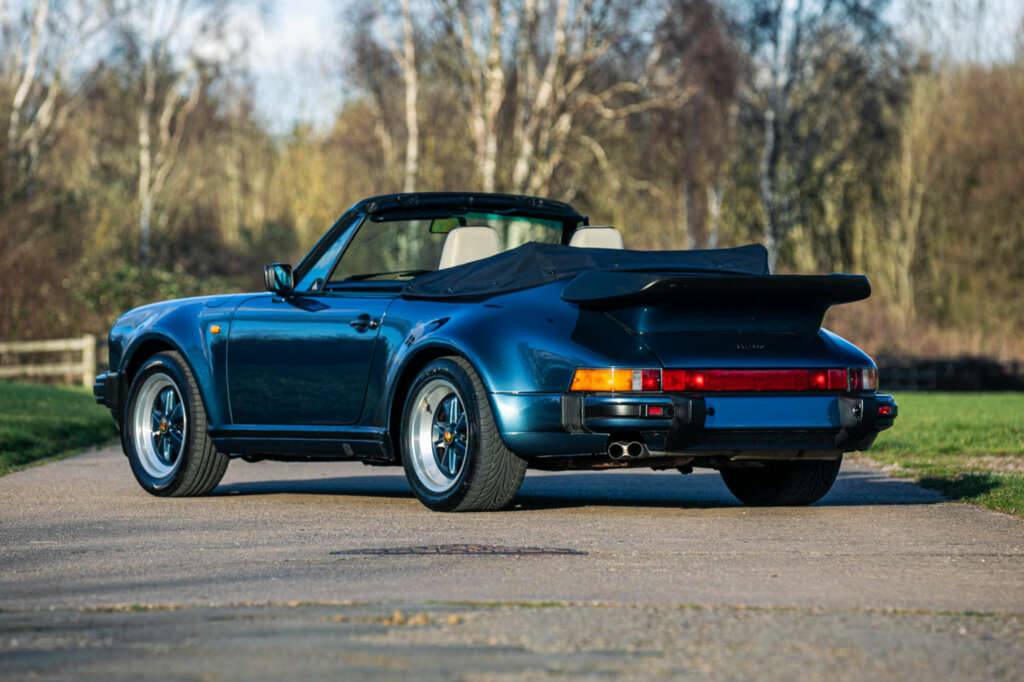 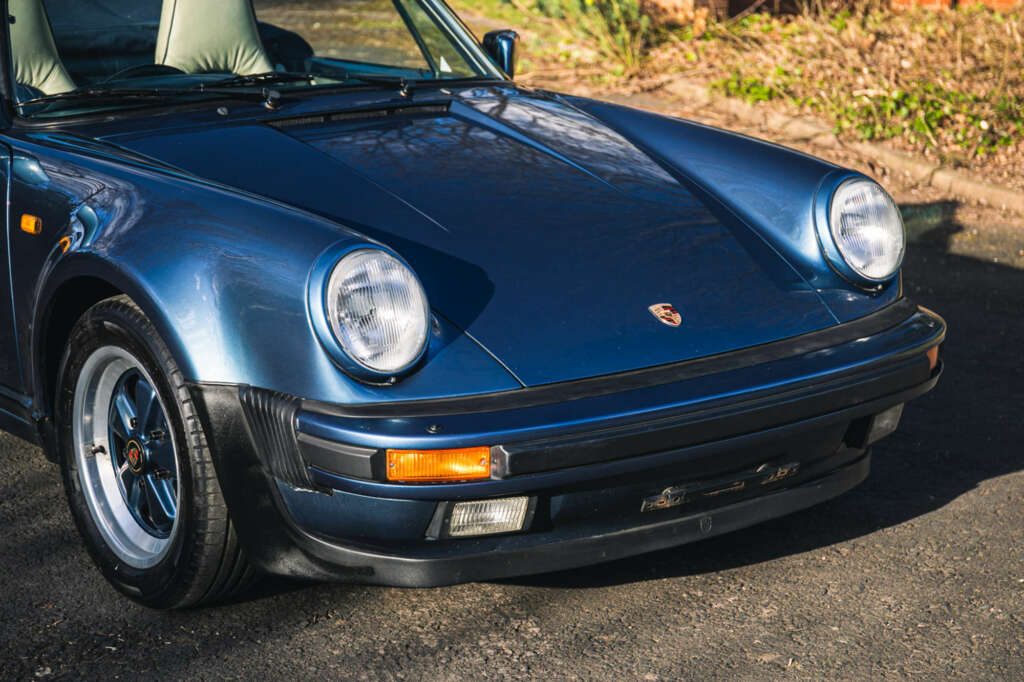 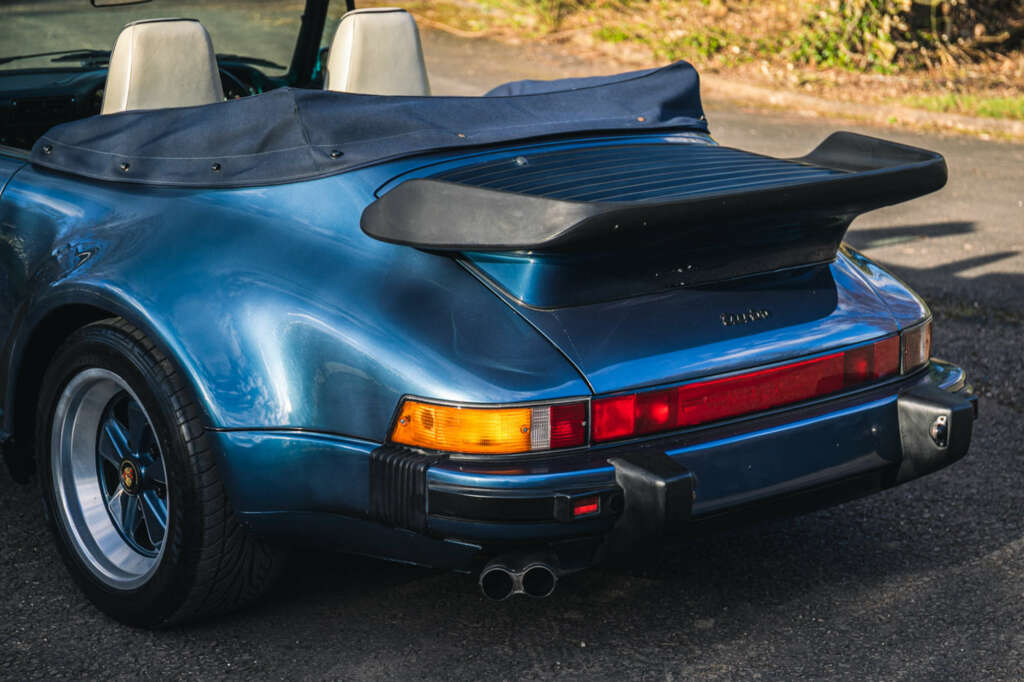 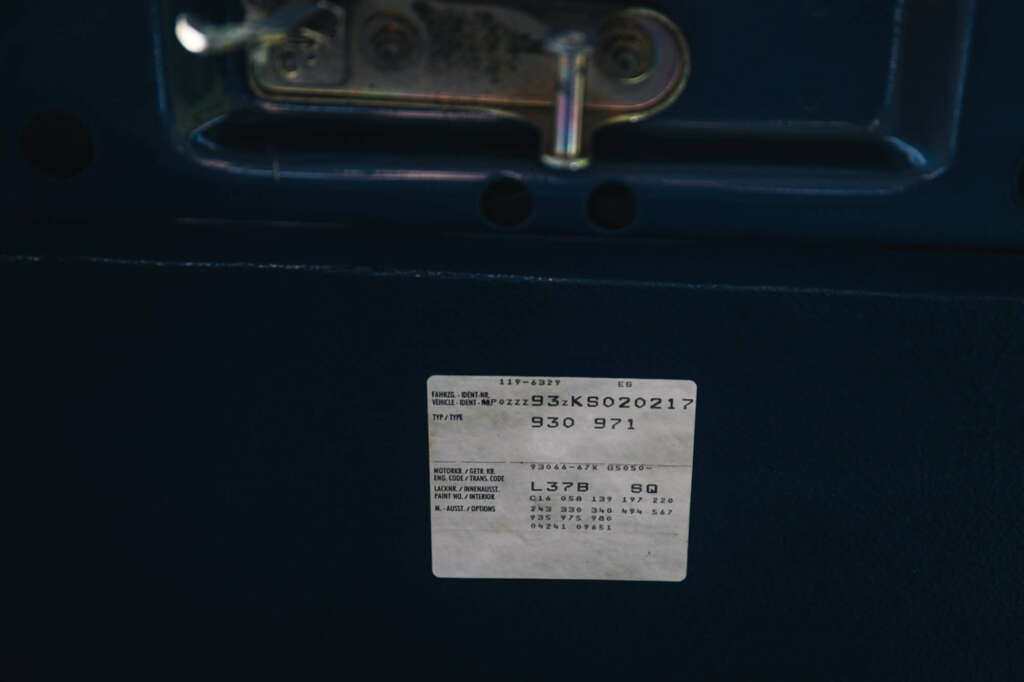 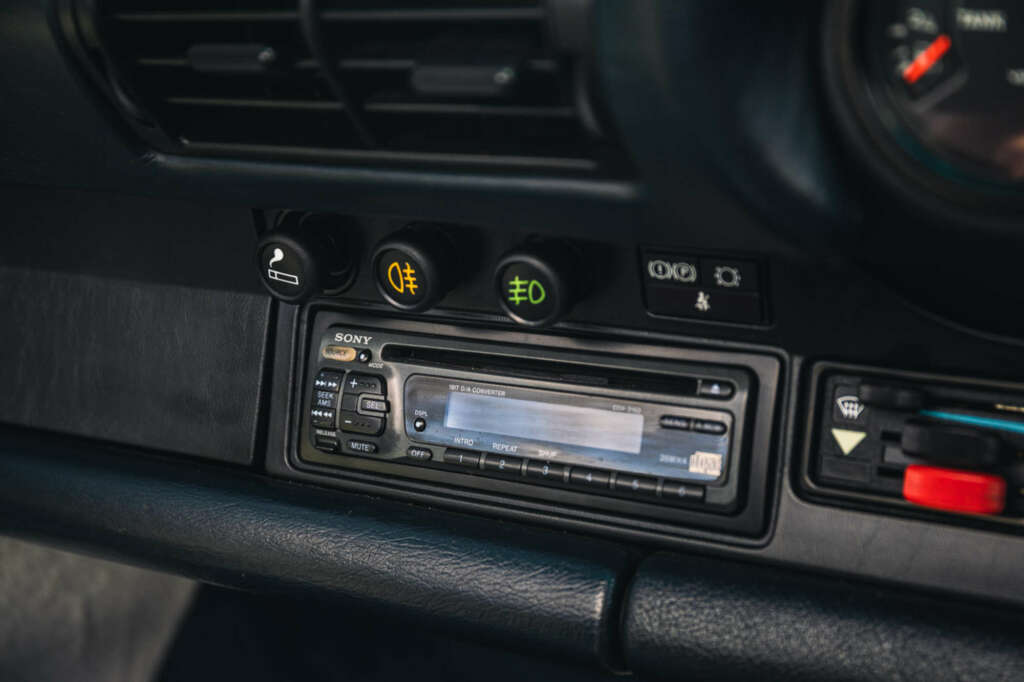 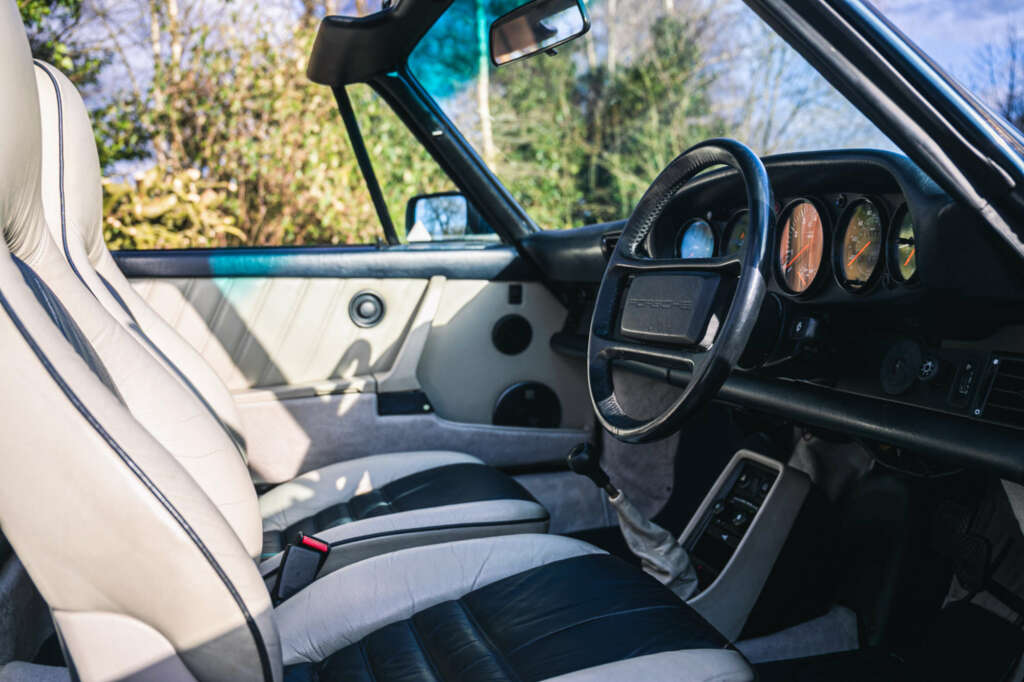 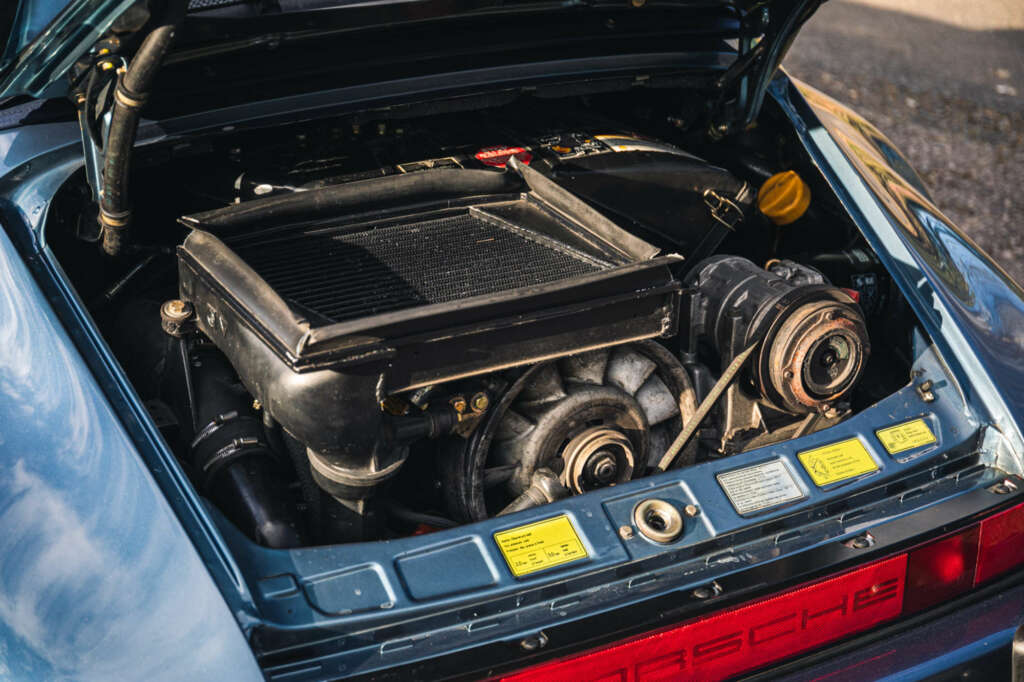