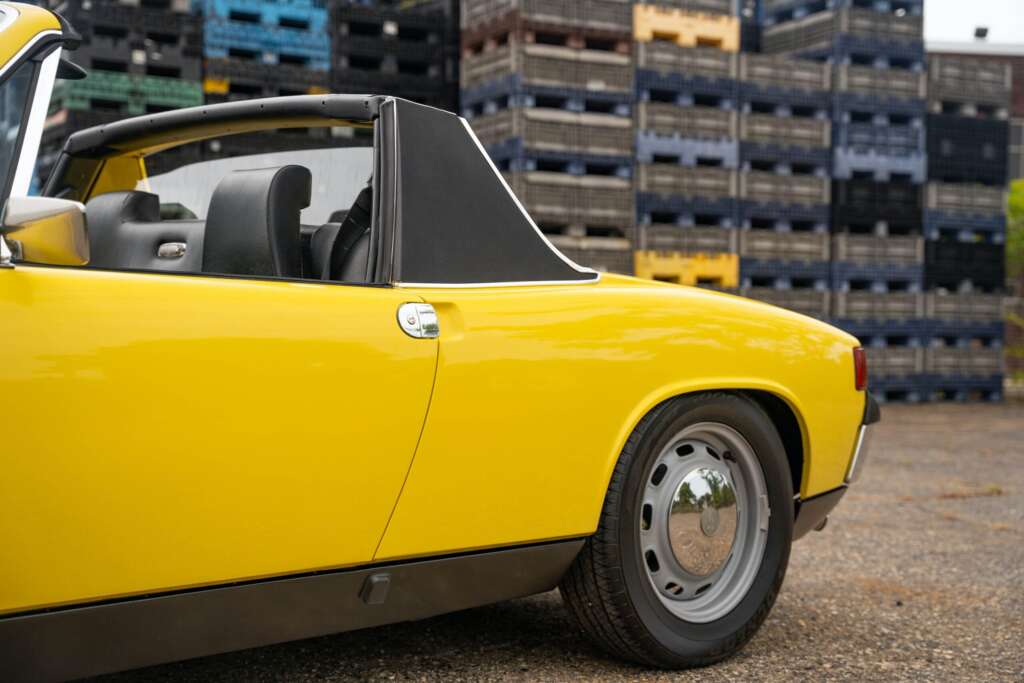 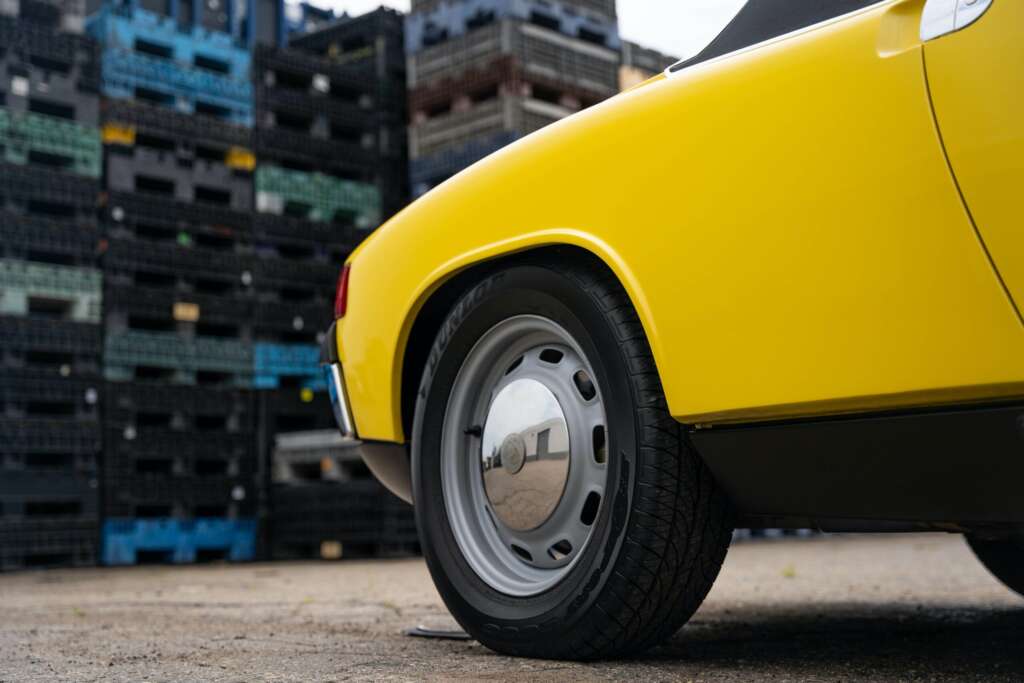 In the mid-1960s, an interesting joint venture between Porsche and Volkswagen was beginning to brew. Porsche was on the move to replace their 4 cylinder powered 912 with something less “911 like” and Volkswagen was conjuring up their own ideas for a halo car that wasn’t the Beetle or the Bus. With both companies in need of a new car, the timing could not have been better and so, the 914 was born. It was a mid-engine design, two-seater, with a targa top. Originally, it was agreed that Porsche would produce a 6 cylinder version of the 914, while Volkswagen produced one with a 4 cylinder. In an interesting marketing move, the 914 would be sold as a Porsche in the United States, and a VW-Porsche in Europe. In 1969 the car debuted as initially described, but received some initially harsh criticisms due to its funky styling, perverse shift linkage, and its slow acceleration in the 4 cylinder model.

Volkswagen’s deal with Porsche meant that the 914/6 was almost as expensive as the entry-level 911, and after selling a mere 3,349 copies, Porsche ended production of the six-cylinder variant in 1972. In its place, the ’73 914 got an optional 100-hp 2.0-liter four-cylinder along with a smoother-shifting transmission, and in 1974 the 1.7-liter engine was replaced by an 85-hp 1.8-liter, with all four-cylinder engines featuring fuel injection. This means that for the US market only around 1788 914/6s were built, with the surviving total being likely much lower today. With total production numbers for the 914 eclipsing 119,000 that means only 2% of the total 914s are 6 cylinder models.

The period directly following the 914s production enthusiasts, particularly Porsche enthusiasts worldwide, generally dismissed the 914 as a glorified Volkswagen. As of late though, the 914 has finally begun gaining popularity by collectors and younger enthusiasts for what these cars are, an unrepeatable roadster that’s fantastic to drive and relatively easy to maintain given it is still a Porsche.

The example on offer here, chassis #9140432050, is a three-owner example, starting its motoring in Hermosa Beach, California after being delivered to Vasek Polak, one of the first exclusive Porsche dealerships in the United States. From there it went through only one other home before arriving with its current owner who fully restored this 914/6. A full engine rebuild was done with extensive paperwork to follow. As a nod to the originality of this example, the factory heat exchangers are still on this car, and not the Danko branded ones that typically end up on these after a restoration. The chassis is showing around 114,000 miles, painted in its original color, canary yellow. It has been repainted only one time since. A keen eye will note that all of the carpets throughout the cabin are the correct for the 1970 model year along with the Porsche branded mat on the driver side. All new brakes and upgraded fuel lines from plastic to stainless steel to increase longevity connected to the original fuel pump. Continuing the theme of originality, the consignor decided to keep the 1970 shift linkage as well, which was updated in later models to be slightly easier to live with. It certainly takes a little getting used to, but when done right it is very rewarding and engaging. This restoration spared no expenses and the results are apparent when heading out for a drive. Today, the car presents very well showing minimal scuffs on the exterior while being 100% sound mechanically.

Included in the sale are its original tools, manuals, restoration receipts, and targa top.
The Details
EXTERIOR
Body And Paint
The canary yellow paint is consistent with the good depth and shine throughout. Upon closer inspection, there are a few blemishes and chips over the rear trunk as well as on the edges of the doors. The body and panels are completely straight. The gaps are all well-aligned as expected. Given its age, this car presents extremely well thanks in part to its recent cosmetic refreshment.
Glass And Trim
Based on the markings, the glass all appears to have been replaced, likely during the repaint. The brightwork in this example has certainly seen better days but appears to still be original and in good condition considering its age.
Wheels
The steel wheels on all four corners are in great condition with the exception of the center caps which have very minor scuffs in the chrome. These are the original, non-refurbished, wheels that came with the car.
Notable Flaws
A few chips on the paint, with some areas appearing to have touch-up paint that does not quite match the paint on the body. The brightwork and roof area where the targa top connects show some additional wear.
INTERIOR
Seats And Surfaces
The original seats and carpets are in great condition, especially when considering the age and mileage on the chassis. The interior dash and controls are all in good order, showing no peels or cracks.
Functionality And Accessories
All switches and controls appear to work as they should.
Notable Flaws
ENGINE BAY AND TRUNK
Engine Bay
Coming off of a fresh mechanical restoration the engine bay is extraordinarily clean showing no signs of age or wear. All original service stickers remain in the engine bay throughout and present like new.
Trunk Area
As for the front trunk, it is completely original with the correct carpets present and the spare tire beneath. The rear it is more of the same, while also including the factory tool kit and a place to store the targa top.
Underside
The underside of this example presents wonderfully showing no signs of leaking or any other issues. It also benefits from having the underside recently detailed prior to being offered for sale.
MECHANICALS
Engine
Engine springs to life and runs great as expected. The car revs freely with no hiccups throughout the rev range and sounds great doing so.
Transmission
The gearbox is in great order, it retains the original linkage and really warms up the more you engage with it. No signs of any mechanical issues are present.
Brakes And Suspension
All new brakes and rebuilt calipers were fitted to this car during its restoration. The bill to rebuild the calipers alone was $3600, so brake with confidence!
Tires
The tires are Dunlops, sized at 195/65/R15 and have plenty of tread and the life is reasonable as well. To our knowledge, there are only 800 miles on these tires. 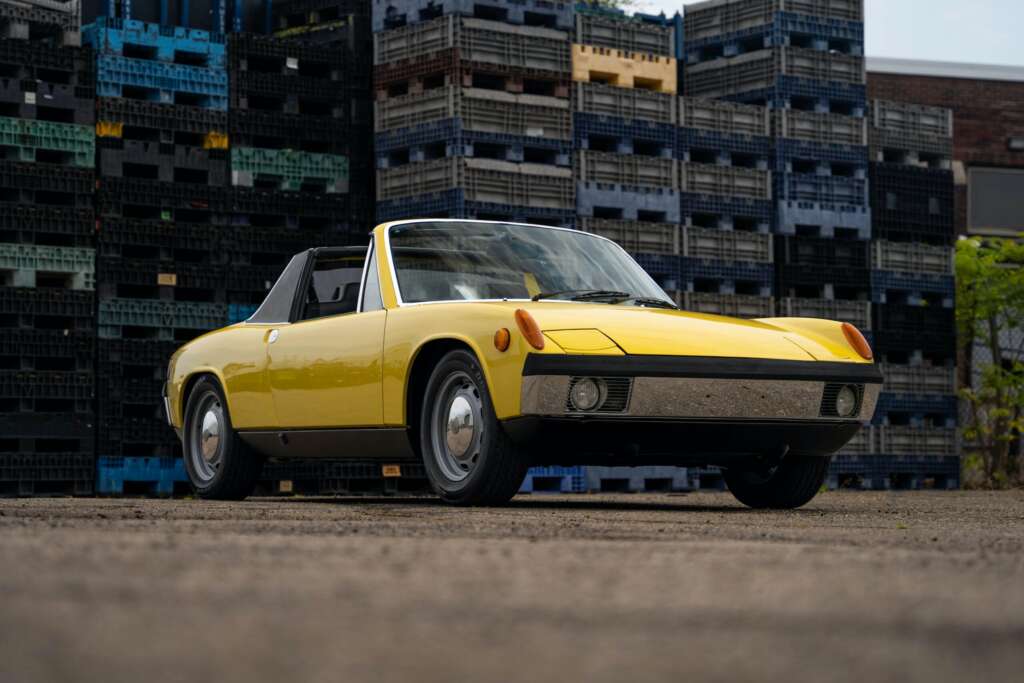 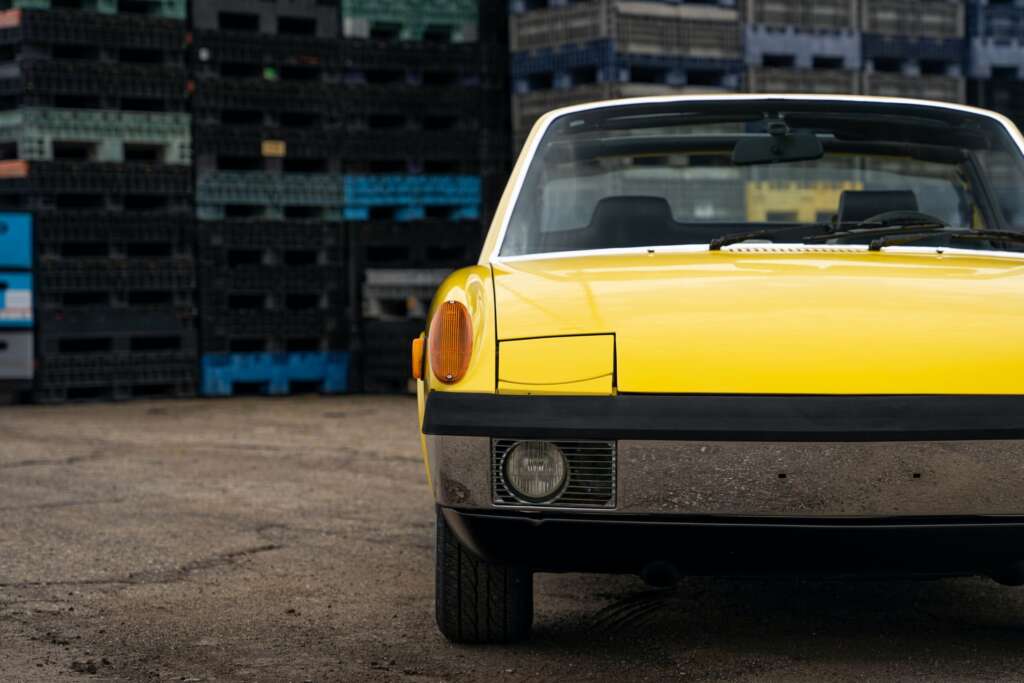 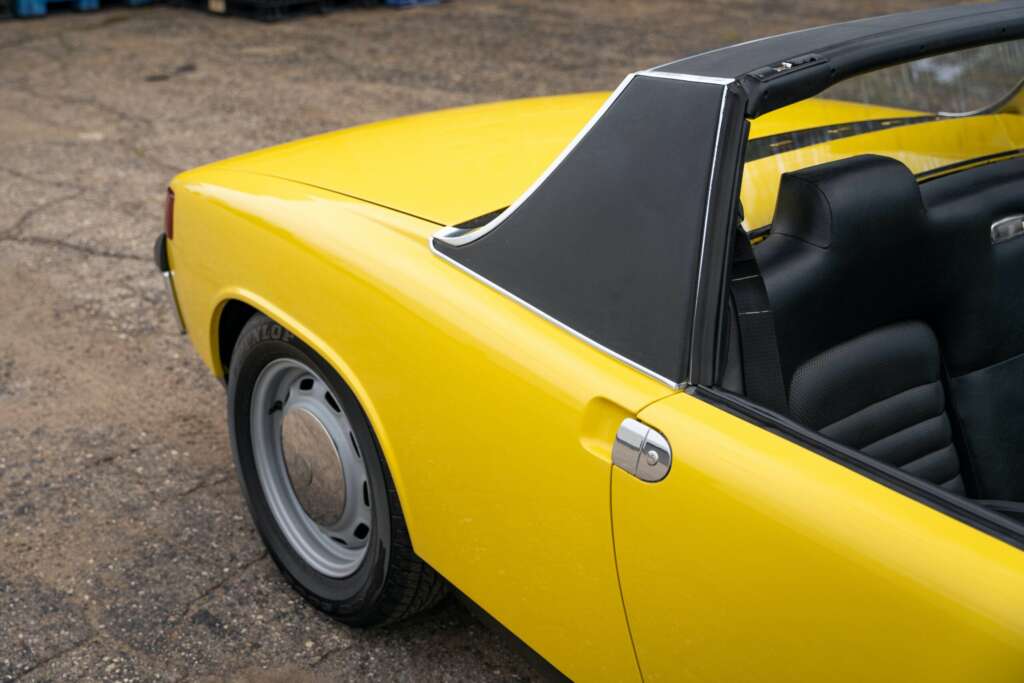 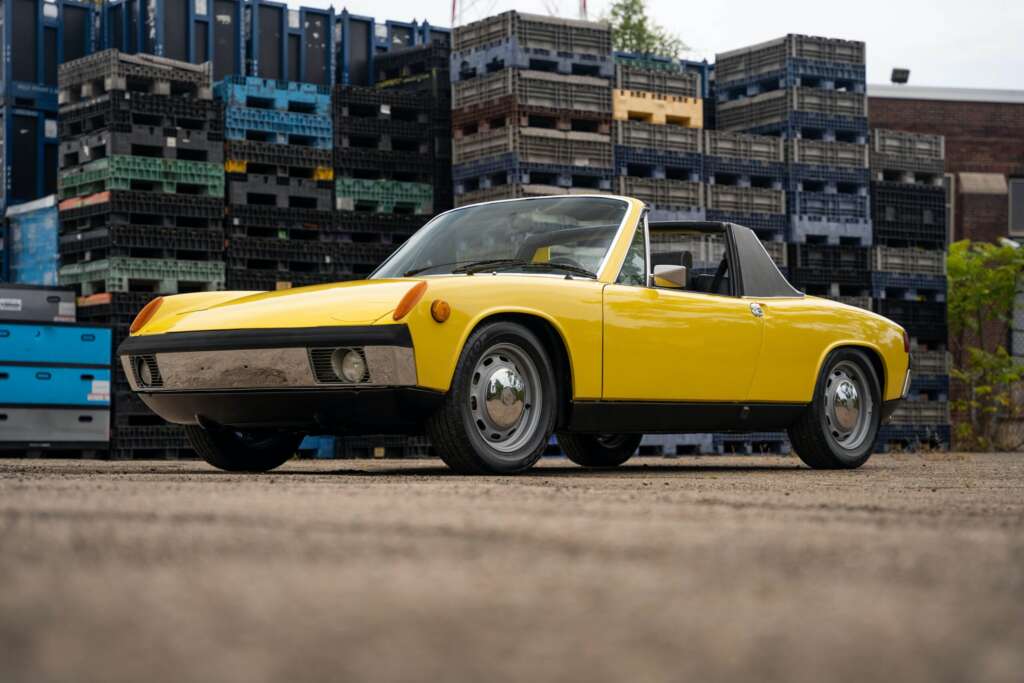 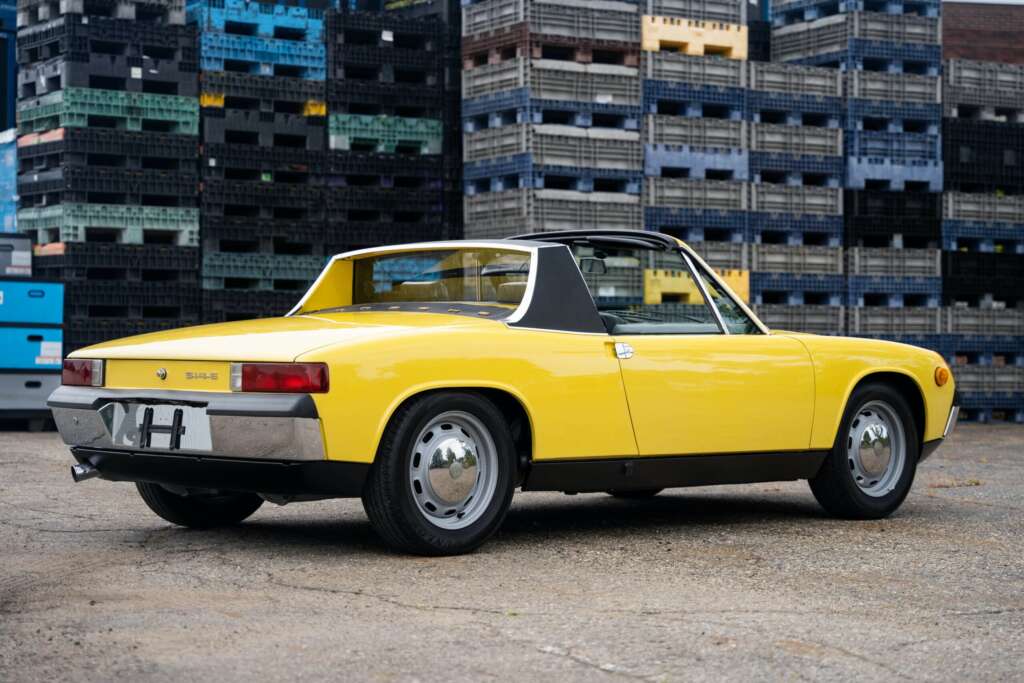 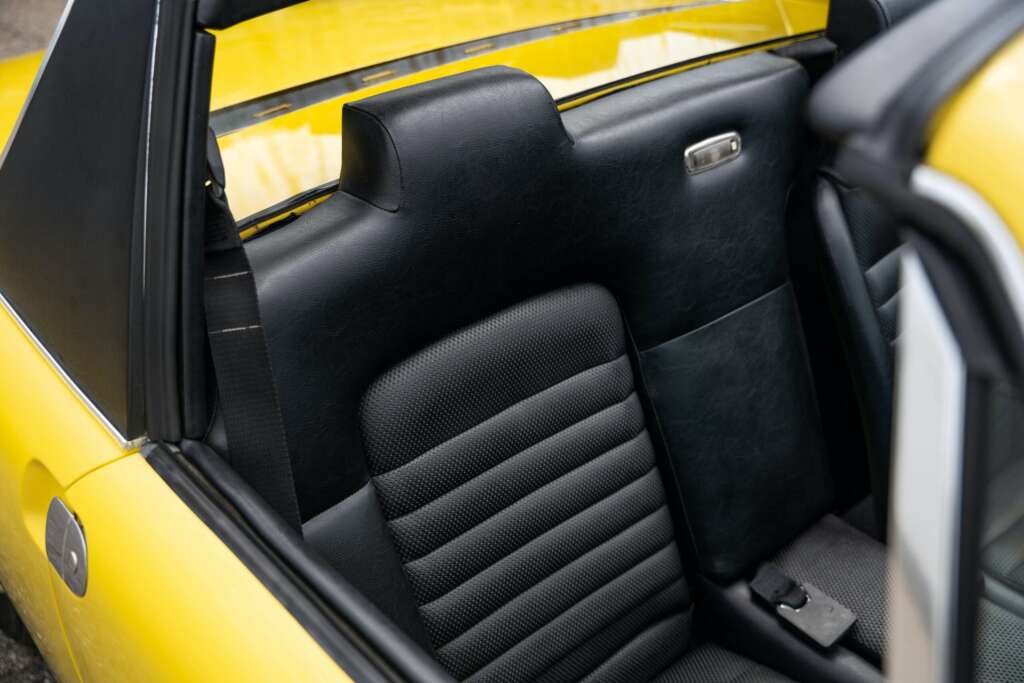 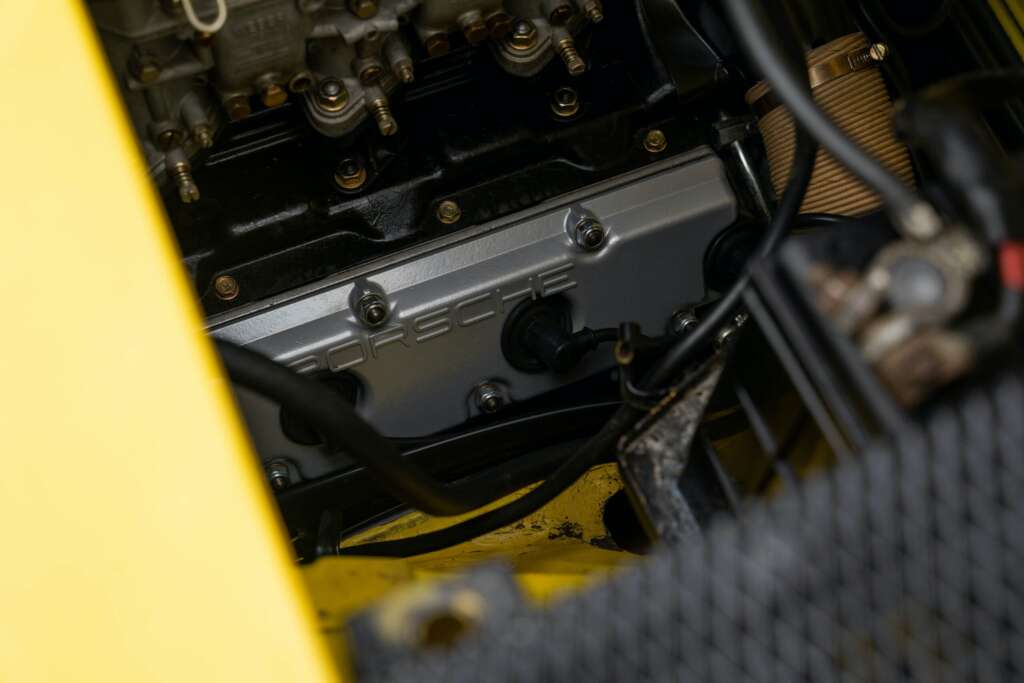 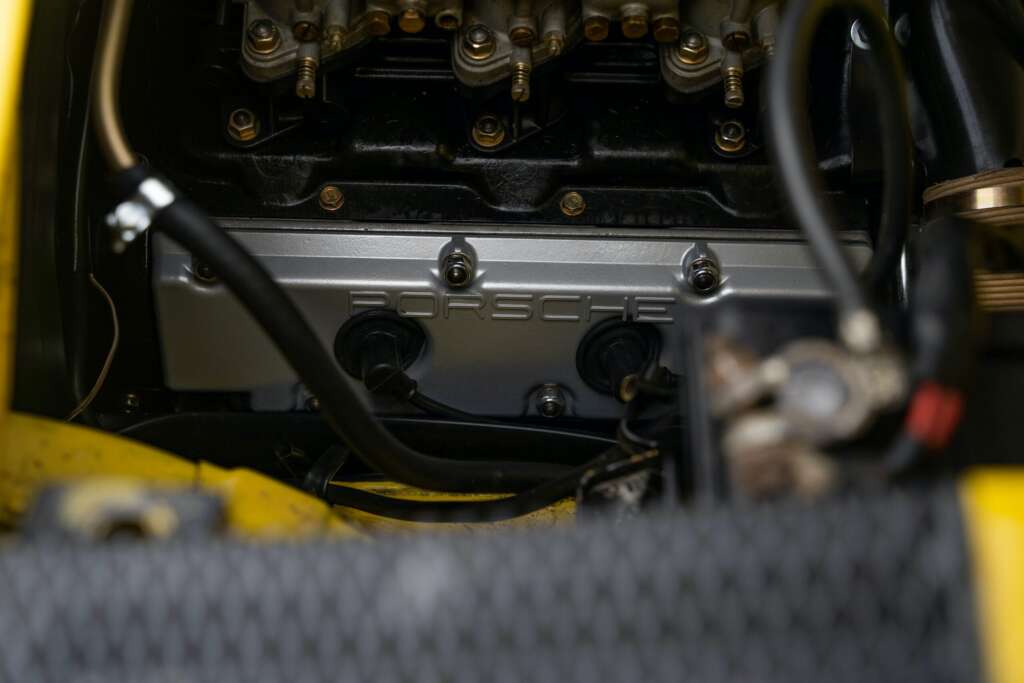 Adolfo F. Massari from LBI Limited looks forward to your questions and is happy to help you.