This example is a first-class representative of the 928-S model , which is interesting for everyone who prefers the (only slightly modified) original look of the 928, but whose performance is insufficient.

A 1981 Porsche 928 S with interesting equipment and history in excellent condition is being auctioned. The vehicle presumably has four previous owners and has only been proven to have driven 89,000 km. The 928 rolled off the assembly line as a German country version (C00) and was then exported to South Africa. 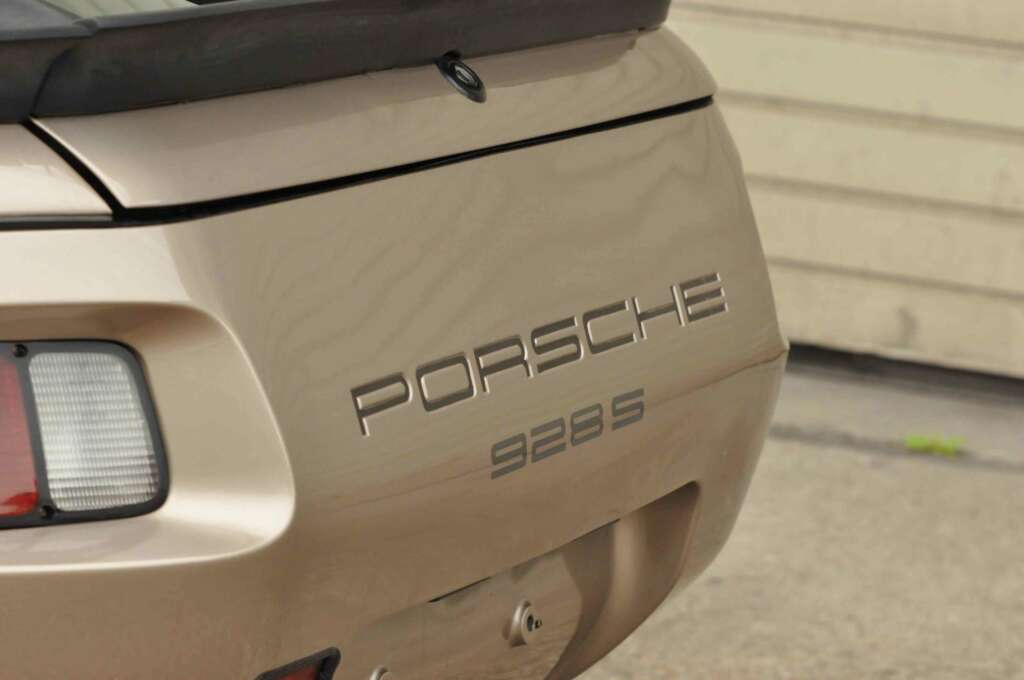 The vehicle was imported as a new car from the well-known Porsche importer Lindsay Saker. Among other things, the name of motorsport fans is well known because Lindsay Saker was advertised as a major sponsor of Racing Team Joest on several racing cars (936C, 956K). It is noteworthy that they imported this left-hand drive vehicle, as South Africa drives on the left.

Over the years there have been four variants of the Porsche 928 S; this copy with year of construction 1981 is to be assigned to the first version - called S1. In this configuration, the 4.7 liter V8 with two valves per cylinder develops 300 hp at 5900 rpm. In addition to the standard 5-speed manual transmission, a 3-speed automatic, which was obtained from Mercedes-Benz, could be ordered for the S1. This 928 S is equipped with the automatic. The optional limited slip differential was not specified.

The vehicle is in good condition for its age. As it should be for an accident-free, galvanized vehicle, there is no rust to be found on the body. The paint in light bronze metallic (Porsche color code 966) is in good condition, only a few minor paint defects can be found. The distinctive spoiler and the 16-inch forged wheels distinguish this vehicle from the 240 hp Ur-928. The spoiler is also in good condition. There are no cracks or brittle areas, only the front spoiler lip was repaired in one place. The headlights as well as the all-round green tinted windows have never been replaced. The dealer sticker from South Africa is still in the rear window.

The already mentioned 16 ”forged wheels are free from damage and major paint defects. They have tires made by Continental ContiSportContact 5 in size 225/50 ZR16 on both axles. The DOT number indicates that the tires were manufactured towards the end of 2016.

The interior is in a neat, unrestored condition. It is kept in a rare color combination: beige leather is paired with red carpets (Z100) and red piping (Z06) from the special request range. The headliner, the A and B pillars are also covered with leather (XMA). The leather has a subtle patina; the only major flaw is a spot on the dashboard where the leather has peeled off. As is typical for this model series, this vehicle also has extensive equipment, including an automatic air conditioning system (M573) and cruise control (M454). A list of all equipment can be found at the end of this advertisement. The only modification to the interior is to replace the original radio with a contemporary one. All displays and comfort functions are functional.

Technical deficiencies are not to be reported; According to the previous owner, neither the drive nor the chassis have visible, audible or tangible defects. When sold, the 928 is handed over with a fresh general inspection, which confirms that the technology is in perfect condition.

The history of the Porsche is well documented. After it was imported to South Africa, the vehicle was driven 60,000 km there and was maintained by the importer. From there the 928 found its way to Portugal, where it remained for 23 years. In that time only 13,000 km were covered. The Porsche was then sold to Germany and registered as a historic vehicle. In this country, the last owner of the vehicle benefited from a comprehensive overhaul of the technology, the scope of which is documented by the enclosed invoice for 7,656 euros. All three original keys, the original checkbook, on-board tools, the original spare wheel and the original tire compressor are still there.

The 928 S is particularly interesting for anyone who prefers the (only slightly modified) original look of the 928, but for whom its performance is insufficient. This 928 S is a first-class representative of its class. He is blessed with a remarkably low mileage and an exciting history. With the 3-speed automatic, it is ideal for strolling, but still not averse to sporting activity - as it should be for a Porsche. The beyond doubt quality inherent in every 928 should be able to please the next owner for a long time to come.

XMA - headlining, A- and B-pillars in leather 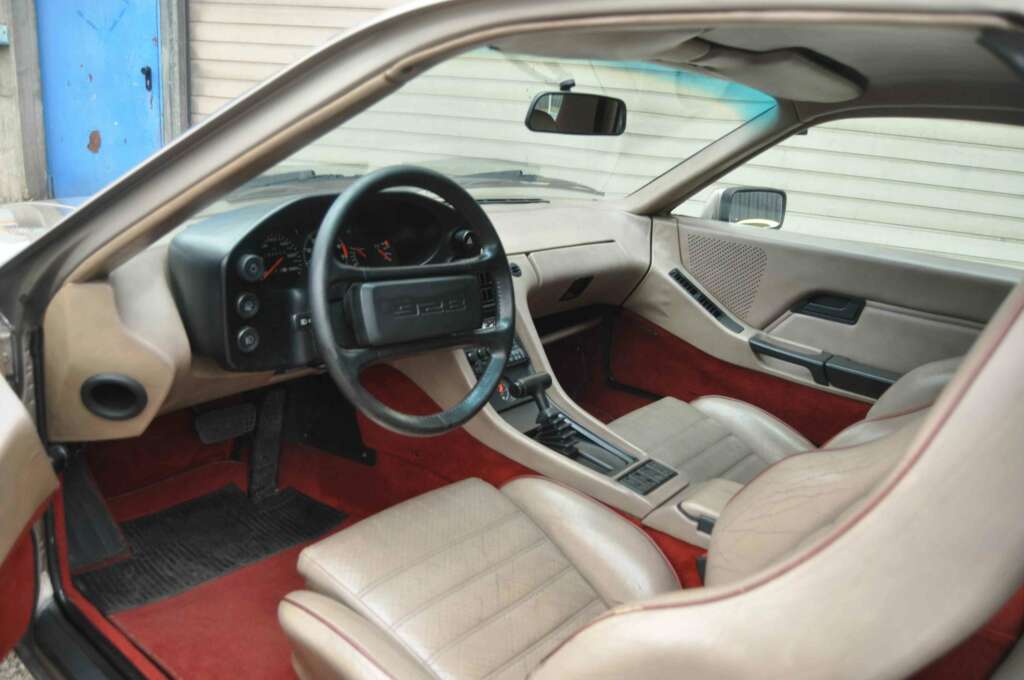 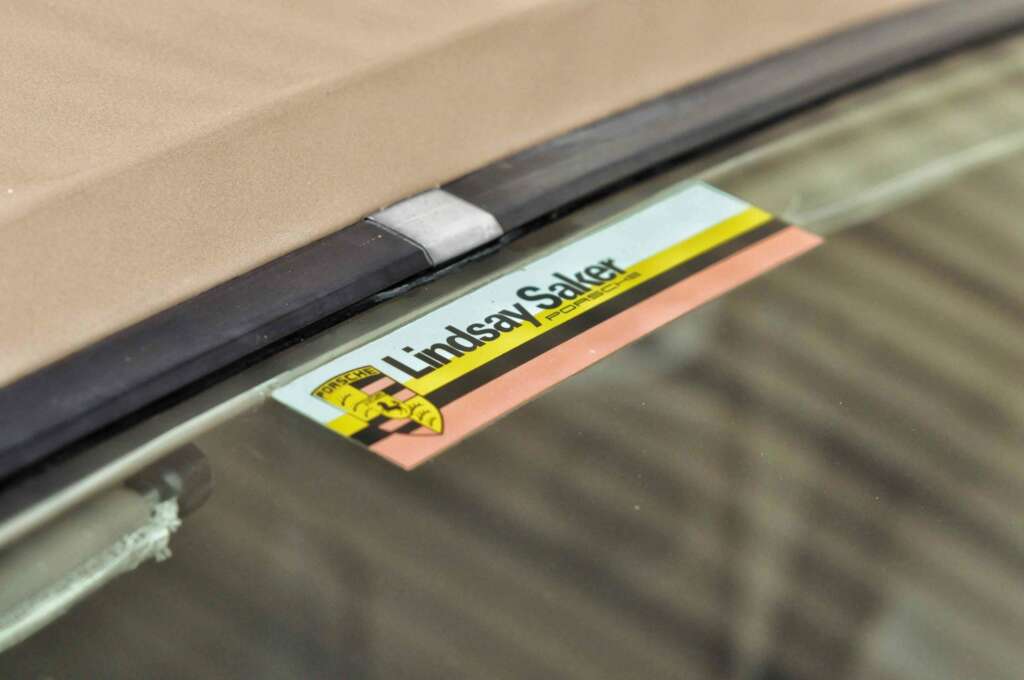 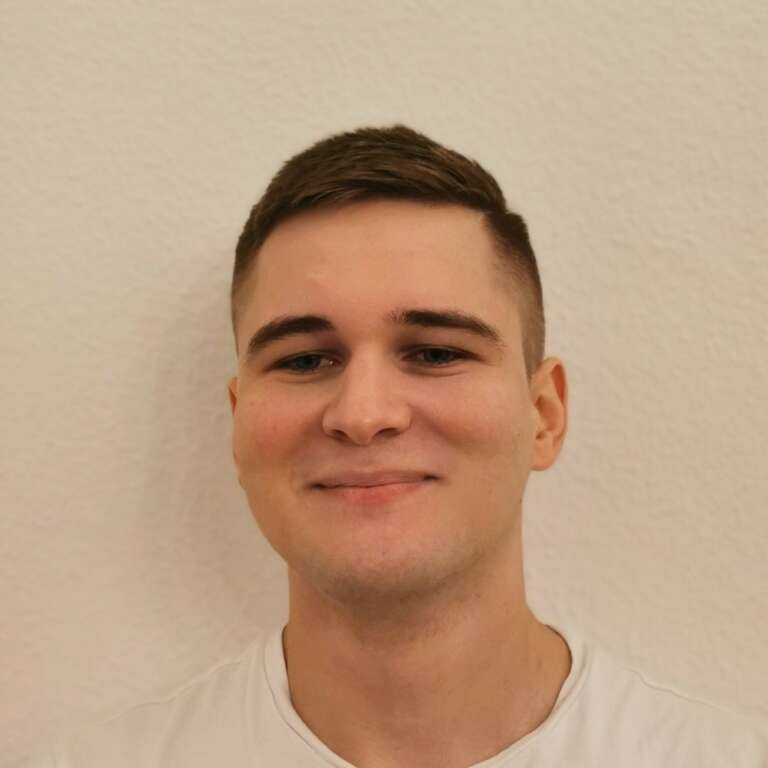