The Vagabund Safari Porsche 944 is the spectacular result of the collaboration between Vagabund and NINE ELEVEN Outlaw. The two Graz-based companies have combined their respective competencies and impressively demonstrate how much design expertise, technical know-how and innovative spirit there is in the creative scene of the automotive industry metropolis.

The 944 Safari shown here is a reference vehicle for illustration! Car not included in the price. 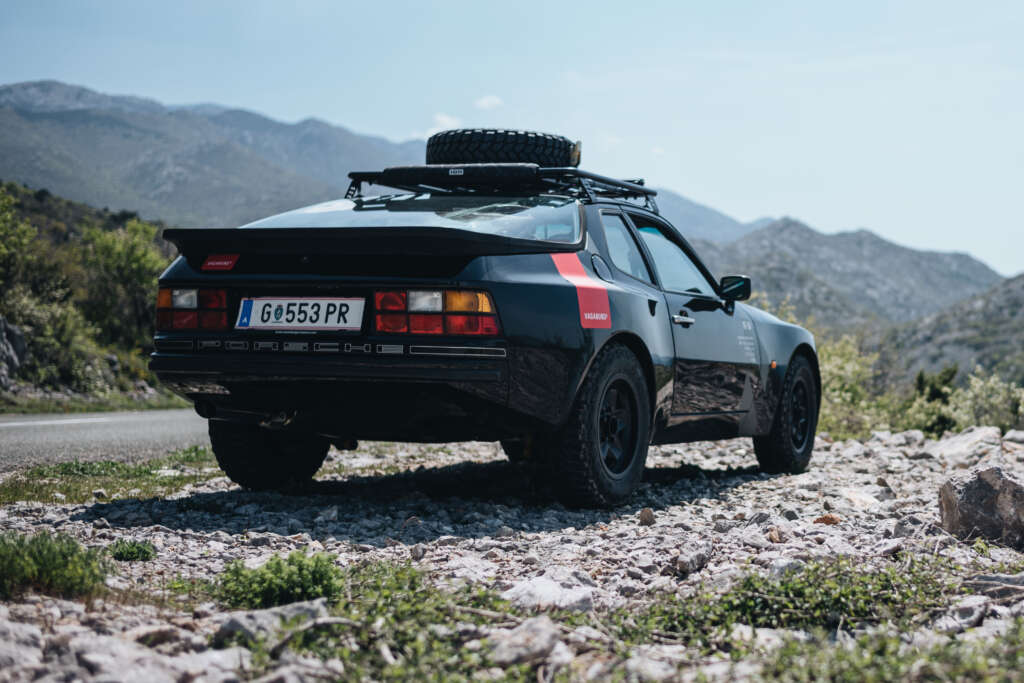 Base vehicle: All generations & variants Porsche 924(S) and Porsche 944!

Conversion kit price does not include a vehicle or any necessary repairs to the customer’s vehicle!

At least those who are interested know that the Styrian state capital of Graz is generally regarded as Austria’s epicenter of the domestic vehicle industry. Two young companies from the Mur metropolis are now demonstrating how much innovative strength and competence there is in the area of “Transportation Design” but also beyond the well-known areas with their first joint project. The Vagabund Safari Porsche 944 was born out of a shared passion for machines and adventure. A vehicle that can be driven on any road, on any surface and in any season.

On the one hand the automotive design studio Vagabund Moto, on the other hand the parts inventor and producer as well as the project initiator NINE ELEVEN Outlaw. The brains behind it: young creative people from Graz, who came together for their first joint project thanks to their enthusiasm for unusual (car) vehicles. The two project partners – on the one hand the founding duo Paul Brauchart and Philipp Rabl with their brand “Vagabund” together with mechanical artist Thomas Boder, on the other hand entrepreneur Joel Kernasenko with his brand “NINE ELEVEN Outlaw” – actually have it easy different approaches to the topic.

Vagabund all started with motorcycles, but they never wanted to be just another design studio. Rather, one accompanies the entire product process, i.e. from the idea, conception and design to technical implementation. A key difference to virtually any other creative agency or design studio. However, right from the start the company was open to everything that fits into the vagabond world, and so the first automobile projects soon followed. The Lada Niva called “Vlada” in the unmistakable vagabond style achieved international fame in this area.

All around, new projects kept popping up and at some point the guys were faced with the decision to water down Vagabund or to focus. Of course they chose the latter. “It’s all tempting and our followers, our customers think the brand and a lot of what we do is cool.” But as I said, focus has to be, and so a new automotive project came at just the right time.

The idea for this came from NINE ELEVEN Outlaw, whose focus so far has been on high-quality, exclusive custom parts for 911 Porsches, from which the brand name is derived. Whether leather bib for Porsche 964 fuel filler neck, 917 tribute shifter for practically all Porsche generations or – the latest product and almost ready for the market – bullet mirrors in the style of the Porsche 356: Porsche aficionados know and love the brand that appears under the catchy “IX XI” logo. In the background, one or the other conception for Porsche special conversions was also thought up and coordinated. In the end, this is exactly what gave rise to the idea for a Safari Porsche 944. “I wanted a car that I could drive at any time of the year, at any time of the day or night, in any weather, on any road, whether on gravel, sand, asphalt or snow and ice cream, can really use. A car that allows us to escape and at the same time experience pure driving pleasure, a car that takes our minds off things and with which we can conquer new territory.” The NINE ELEVEN Outlaw idea for the Safari Porsche 944 was born and it was clear that a partner like Vagabund on board would give the whole project the best possible boost.

So it was good that Paul, Philipp, Thomas and Joel already knew and respected each other from another project. We got talking and the enthusiasm was great on both sides, as was the agreement on the most important questions on the topic. On the one hand, that the Porsche 944 as a basis is a completely underestimated car that has a great future, a strong increase in value and an existence as a classic in the coming years. On the other hand, as an unshakeable requirement, the 100% reversibility of all changes made – quasi once Safari and back, without leaving any visible traces and thus ultimately ensuring the value of the basic 944er for the customer. Thomas Boder played a very special role in this.

He has been dealing with the topic of transaxle Porsches for years and so it was immediately clear that he not only had a very special weakness for such a project, but above all that he also had the necessary know-how. It goes without saying that he was more than enthusiastic about the idea and thus helped the whole project to finally go. From then on everything went in quick succession. In 2021, ideas were rolled out, discussed and drawn, sketched and designed, constructed and welded, suitable parts were searched for, but most of it was then developed in-house – and the first car was ready just in time for the turn of the year. The Vagabond Safari Porsche 944 now stands for the mantra “there are hardly any cool things, so you have to make them yourself”. It is the successful proof that a good design that matches the product and puristic technology freed from any frills enable an extraordinary look as well as an extraordinary driving experience. The best thing about it: The price of the Vagabund Safari Porsche 944 remains reasonable and – for all those who call a 924 or 924 S their own – these two models can also be converted! What does that mean specifically? As a rule, the buyer brings the basic vehicle with him, i.e. he gives his Porsche 944 to Vagabund in Graz – in exceptional cases, however, the team can also help with the procurement of a suitable basic vehicle. The conversion is then discussed in Graz, any special requests are clarified and the conversion begins. The changes to the 944 are as small as possible, but as emphatic and high quality as necessary. Only the best parts from well-known companies (mostly suppliers of motorsport components) are installed, but many parts are of course developed and built in-house. And of course the entire package is permit/approval ready. The individualization mentioned at the beginning can be easily described: everything is possible, let’s mention the key words lacquer, wallpapering, technology, and so on, and so on. The only restriction: as long as it looks and drives great – everything else falls victim to the vagabond taste veto, and rightly so.

A waiting period of two months must be allowed for after the car is handed in. A maximum of ten vehicles can be converted in the first year, after which the aim is to increase to a maximum of 20 vehicles per year. A real and quite exclusive small series, 944 lovers, vagabonds and car guys with taste and longing for automotive freedom should be quick. Technical details and the price can be found in the appendix, as well as an exact list of components for the complete conversion. 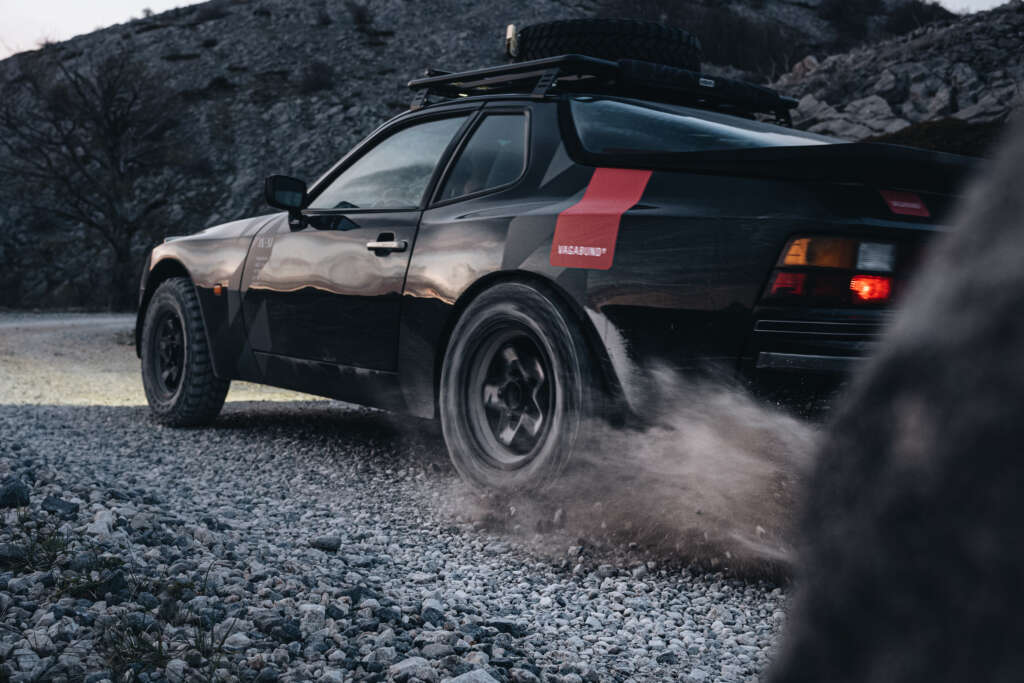 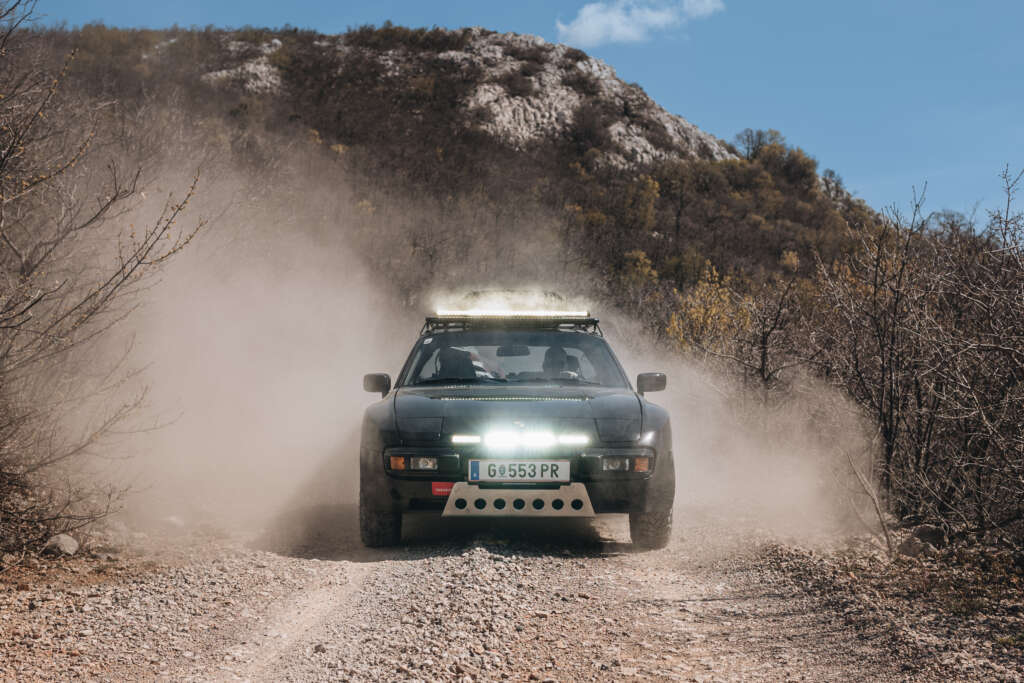 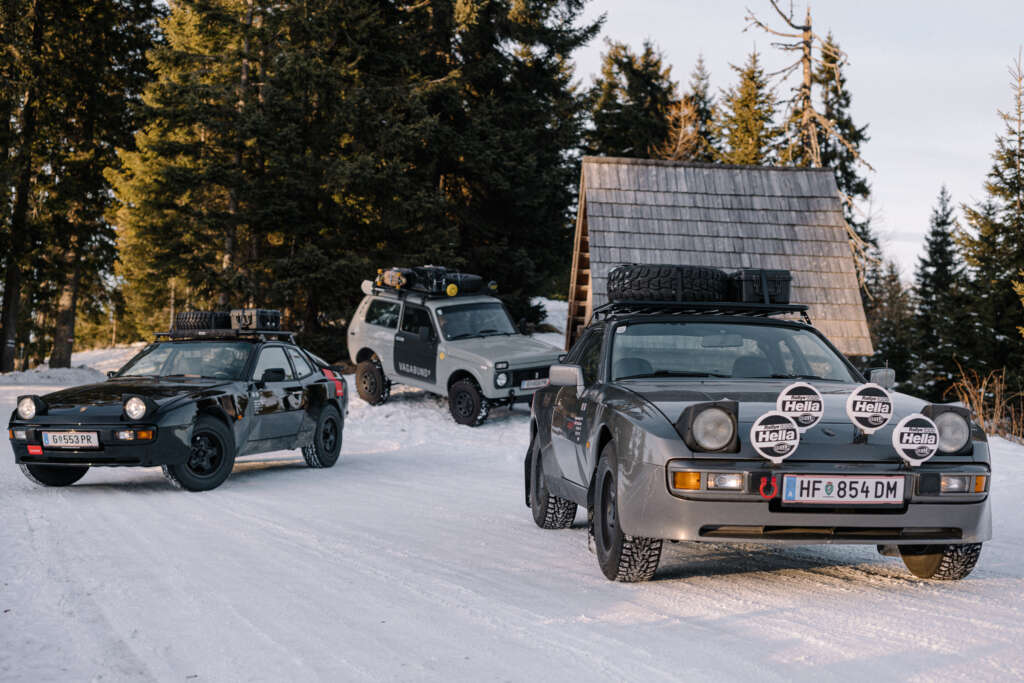 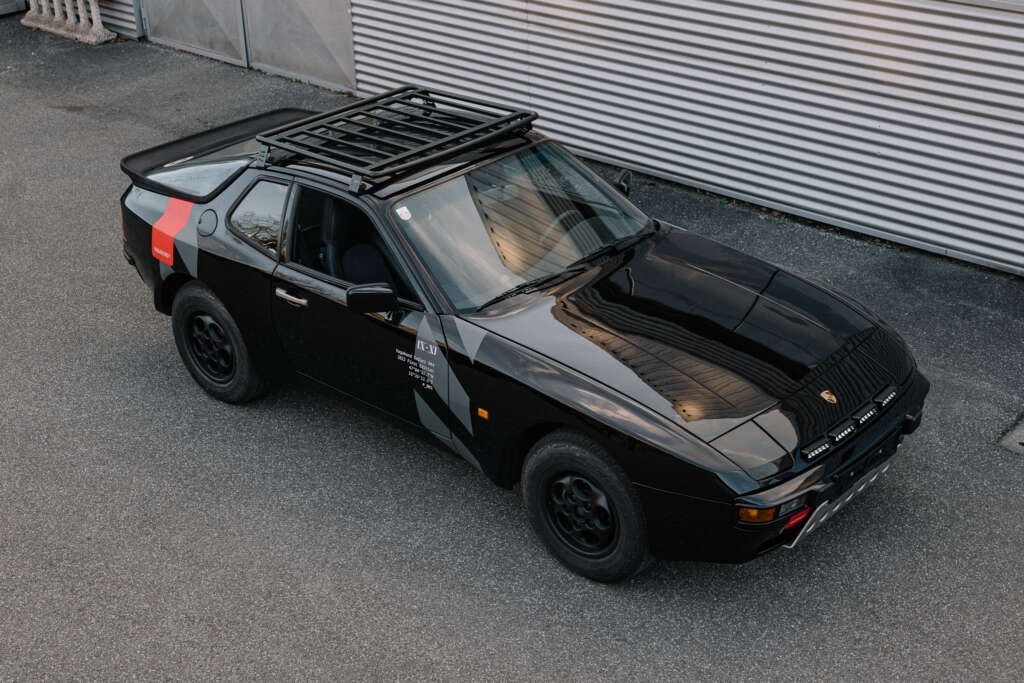 Joel Kernasenko from NINE ELEVEN - Outlaw Parts looks forward to your questions and is happy to help you.