Simply lovely example of one of the rarest (1 of 100 worldwide in RHD) and most sought-after Porsches from the 1990s.

The 944 Turbo Cabriolet combined the Turbo S’ 250bhp engine with the strengthened cabriolet body built by ASC at Weinsberg – Only 625 were built, with just 100 examples produced in right-hand drive for the UK, Japanese, Australian and South African markets – Finished in striking Cobalt Blue Metallic with matching interior and hood
Excellent maintenance history, recent £4,000-plus worth of work done at Porsche specialists ‘Autofarm’ – Letter from the original owner stating that they used AFN Reading for servicing and passed the car on to their son Following the international success of their nimble 924, Porsche designed an all-alloy, 2.5-litre, inline-four for their new 944 which they planned to introduce in 1982. Their talented engineers were able to produce a very smooth running four-cylinder engine by utilising two counter-rotating balance shafts running at twice engine speed. These carry eccentric weights which produce inertial forces that balance out the unbalanced secondary forces, all a bit technical but the result is a large four-cylinder engine that feels as turbine-smooth as a six. Cosmetically, the 944’s bodywork was revised with wider wheel arches (similar to that of the 924 Carrera GT), a fresh interior and upgrades to the brakes and suspension. With greater visual presence and the performance to match, better handling, stopping power and more creature comforts, the 944 was a natural step forward. A ‘turbo’ version of the 944 was always on the cards, and the forced-induction boosted the 2.5-litre engine by a healthy 60bhp, necessitating an upgraded clutch and gearbox. The chassis was further developed and thicker anti-roll bars and four-pot brake calipers were fitted to deal with the significantly increased performance. Externally, a smoother nose panel and a larger rear spoiler distinguished it from its lesser siblings. In February 1991, the final year of 944 production, Porsche released the 944 Turbo Cabriolet which combined the Turbo S’ 250bhp engine with the strengthened cabriolet body built by the ASC-American Sunroof Company at Weinsberg. Compared to the Coupe, the Cabriolet’s windscreen is lowered about 6cm and raked back to reduce the wind noise when the top is down. Porsche initially announced that 600 would be made, but ultimately 625 were built, with just 100 examples produced in right-hand drive for the UK, Japanese, Australian and South African markets. These are rare cars, produced for just one year, with only 32 examples believed to still reside in the UK.

The car presented here is a UK-supplied, right-hand drive, 1991 Porsche 944 Turbo Cabriolet finished in Cobalt Blue Metallic with matching interior, a combination a 944 from the nineties pulls off with aplomb!

It has covered just 78,000 miles (approx.) and remains in very good condition. In the early days it was regularly maintained at, amongst others, Porsche AFN of Reading, Porsche specialists ‘RSR Engineering’ of Hampshire and later ‘Northway Porsche Ltd.’ of Berkshire. In August 2020, our vendor entrusted it to renowned Porsche specialists ‘Autofarm’ of Oxfordshire, where a full inspection and follow-up work was carried out.

The car is supplied with an original driver’s manual, numerous invoices for regular maintenance (including cam-belt replacements), and older MOT Certificates, which help corroborate the indicated mileage.

Now being sold from part of an enthusiast’s collection, we are informed the car has recently benefited from a full service (including cam-belt) in 2020. Bought by our vendor from a Porsche specialist, unfortunately, a change in circumstances now means he must sell the car. This fabulous, open-top, Porsche has obviously been well-maintained and presents, both mechanically and cosmetically, really well. This is a simply lovely example of one of the rarest and most sought-after Porsches from the 1990s. The 944, the 968 and even the 928 are seeing their values rise in the wake of the ‘911 explosion’ and front-engined Porsches are having the Renaissance they richly deserve. This great example, whilst being competitively guided, opens the door into a very exclusive club.

(N.B. the registration number of E8 RPR will not come with the car, it will revert to J45 MJR ) 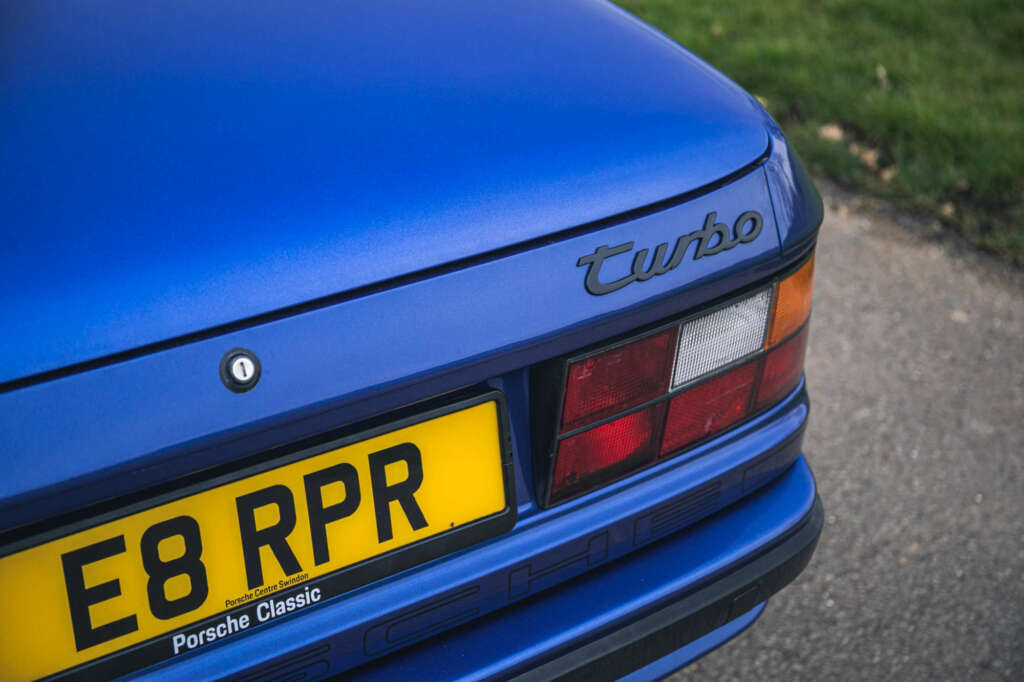 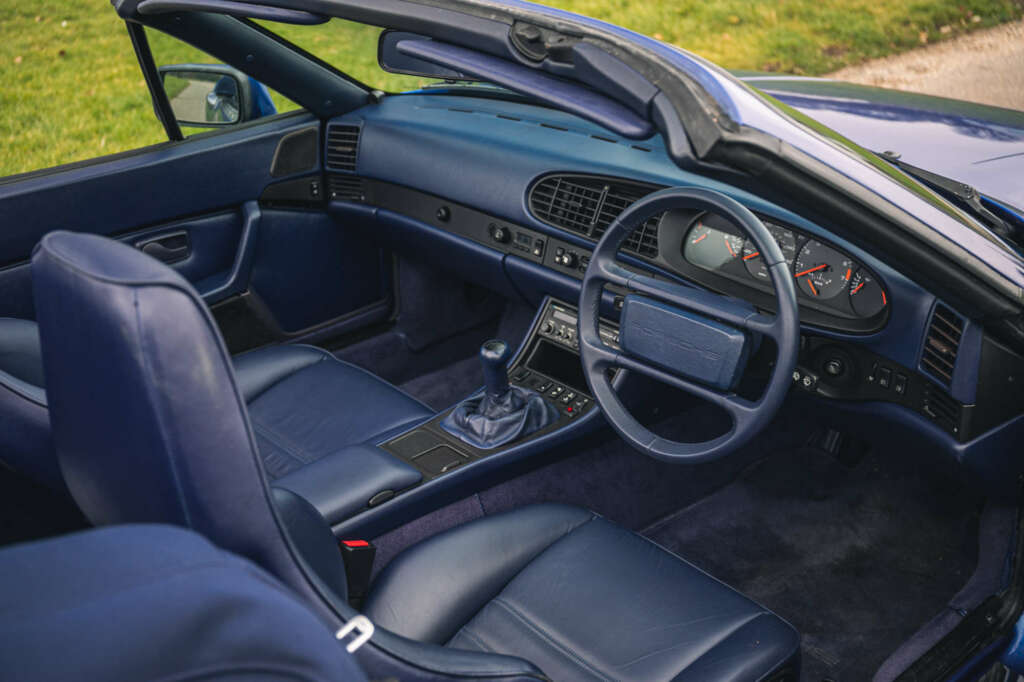 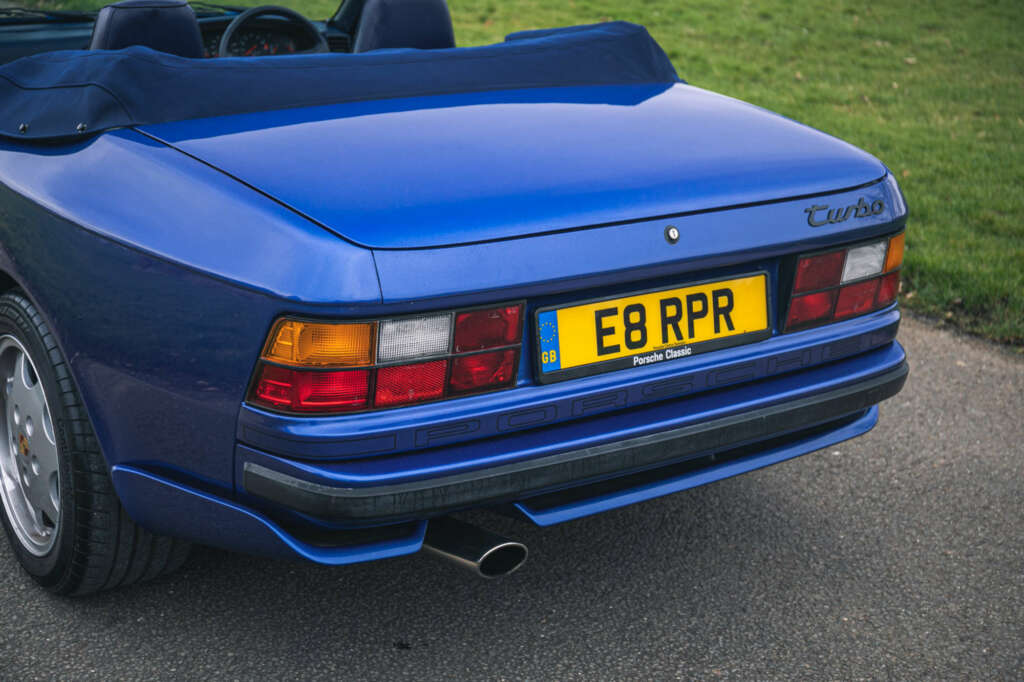 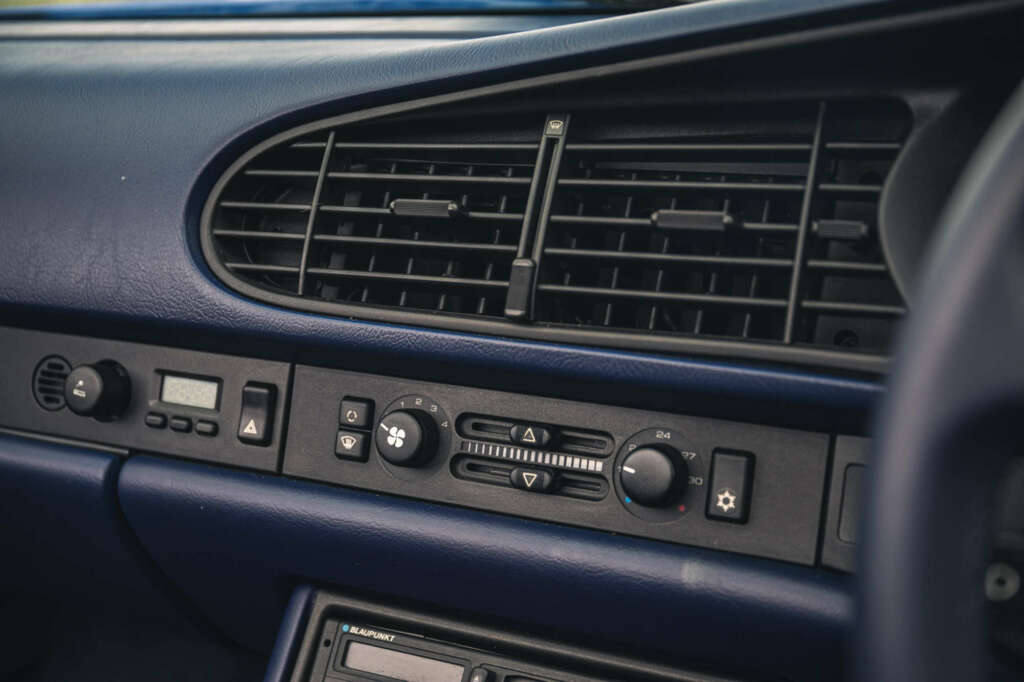 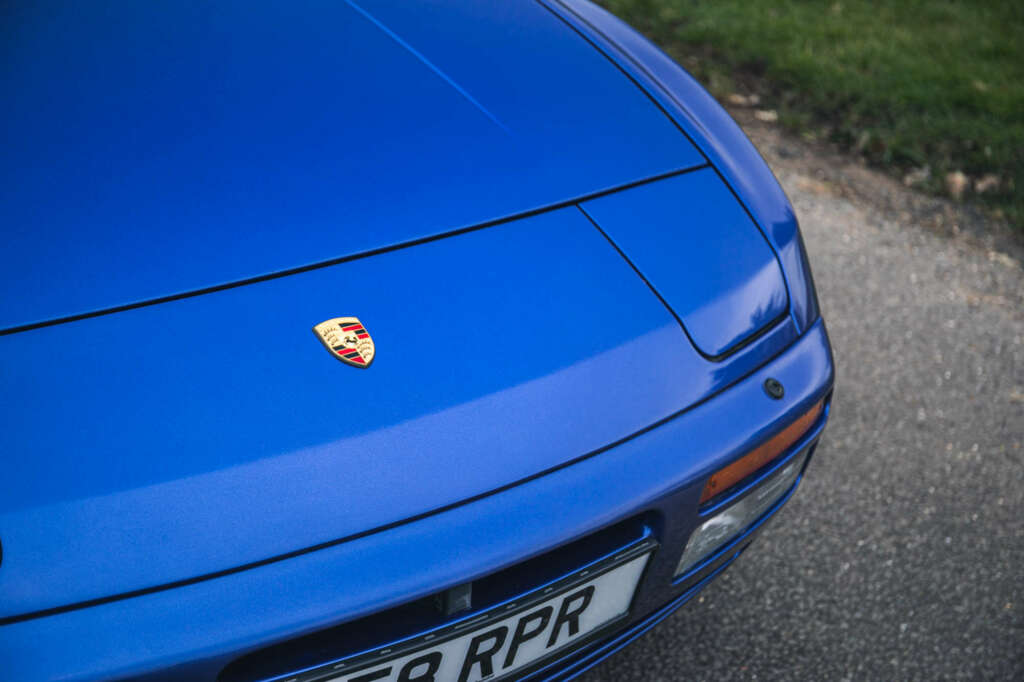