One of only 40, 944 Cup cars built in 1986 and originally supplied to Porsche Orlando – Raced in SCCA events in 1986, then stored until 2019 prior to being imported to the UK. Lightly used since and currently showing 14,615 miles – Subject to a thorough mechanical recommission by The Body Werkes in October 2020. Invoice on file – Supplied with two keys, driver’s manual, history file, MOT and UK registration – We welcome inspection of this very rare, exciting and desirable road-legal Porsche racer In 1986 Porsche launched its very first one-make series, the Turbo Cup. Privateers could purchase a Porsche 944 Turbo with option codes 220-LSD, 666–without body preservation, and 751–Motorsport preparation. The Cup cars were powered by the same 2.5-litre four-cylinder engine found in the road cars and the power and torque figures were broadly similar.

It is estimated that there were some 250-300 Turbo Cups made between 1986 and 1999 to race in various series all over the world, however, only 40 were made in the first year 1986 and these cars unlike ‘87-88 cars were more road-friendly. Unlike the later cars, not all the changes are as well documented, however, the following are key identifiers of these cars.

According to a letter from Porsche in the accompanying history file, this particular left-hand drive 944 was manufactured on the 25th February 1986 to USA-specification. It goes on to say that the car has the following equipment: Locking differential, without lacquer and chrome presentation, Motorsport vehicle ‘Type 951 USA’.

Our vendor explains that this Cup Car was originally supplied to Porsche Orlando in 1986 and was never actually titled but raced in SCCA events throughout 1986. It was subsequently stored for many years until the current owner, a private UK collector, bought it and imported it to the UK in 2019. The odometer shows 14,615 miles which could well be correct given the amount of time this particular example has spent in storage.

Upon arriving here, the 944 was sent for a thorough mechanical recommission by Steve Monk at ‘The Body Werkes’ in October 2020. There is an invoice on file showing the details, which includes new tyres, an MOT, and an engine service including cambelt, water pump etc. The car has covered just 800 miles in the UK and the most recent MOT was passed on 11/01/2021 at 14,592 miles.

UK road registration was also successfully obtained, all of which means that this very rare car is ready for its next owner to join a very exclusive club of ‘86 944 Turbo Cup cars, whose flexibility and usability provides the option of being able to drive to the track, enjoy a dynamic drive around a circuit of choice, and drive home again. 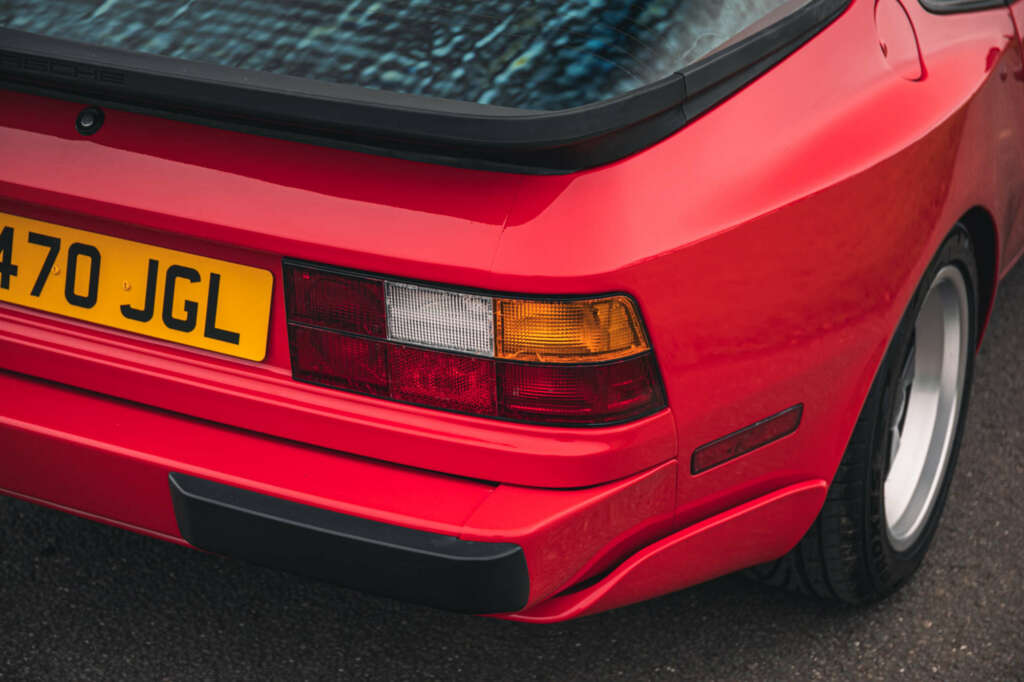 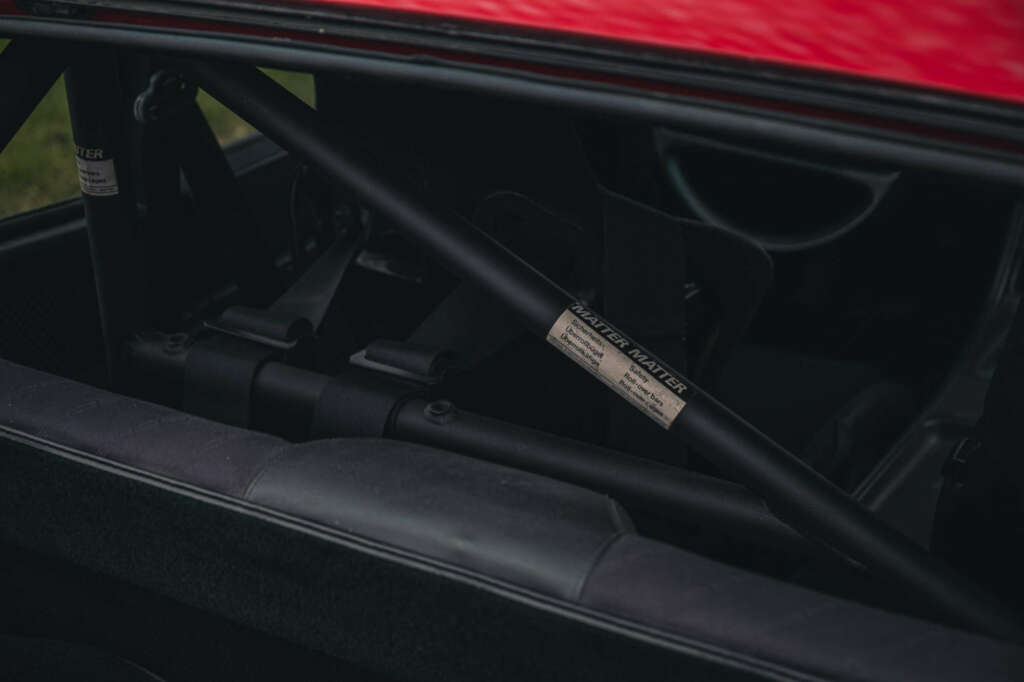 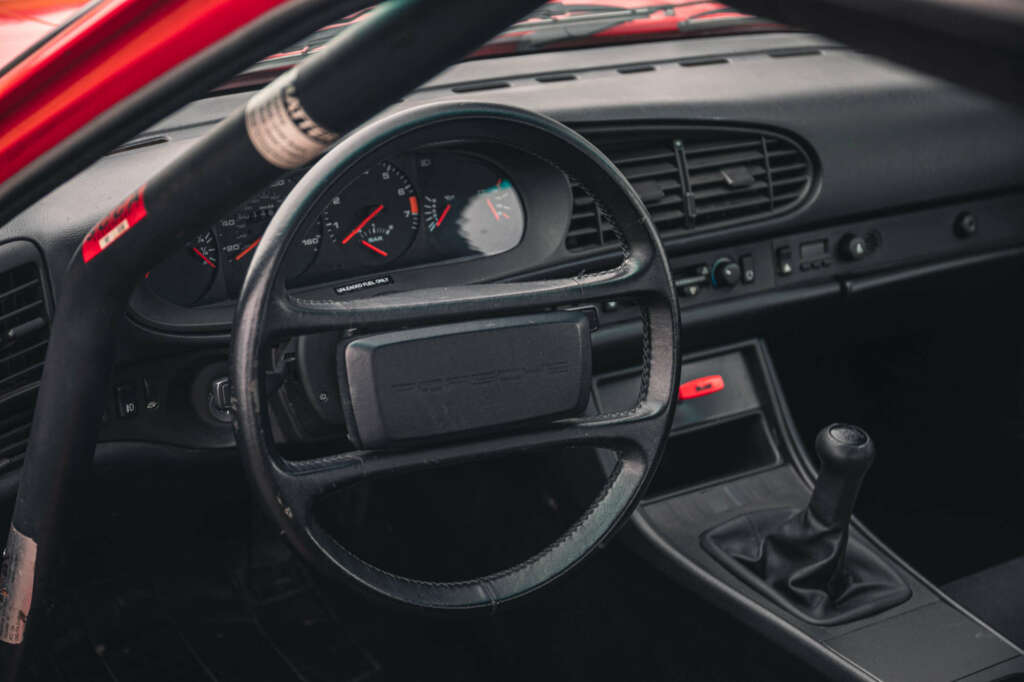 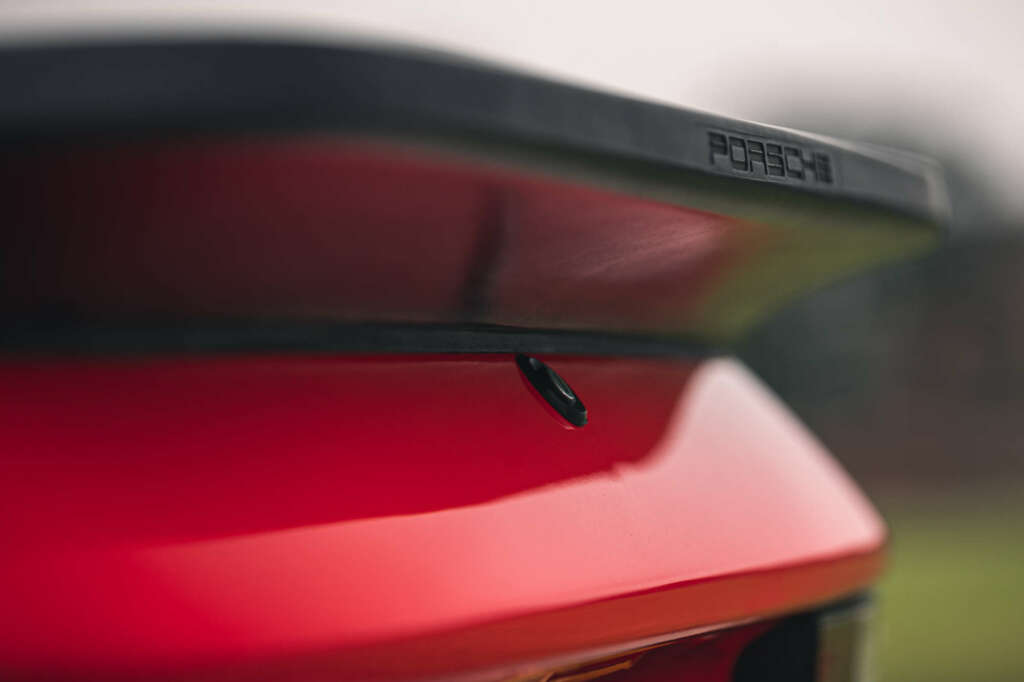