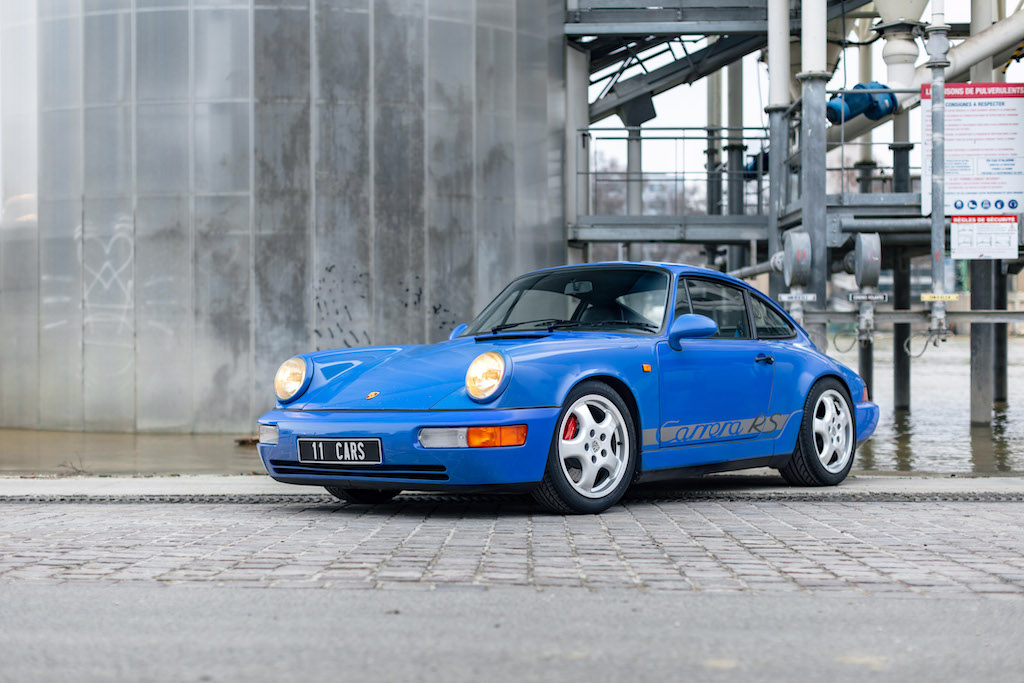 This 964 RS has been delivered new in France and has had 5 owners. It is in a good state of presentation, like many RS it has been on the track and bears some stigmas, with some gravel on the front hood and rear wings. The car has never been in an accident. It is slightly prepared in engine with large camshafts, a cup exhaust and develops about 300 hp. A huge file of invoices accompanies the car with almost all the invoices since the origin. The mileage is traced with not only the maintenance invoices but also all the technical inspections. The car is in perfect working order, the engine is full and really running strong. It has of course its RS attributes with the aluminum hood, the magnesium rims being carefully stored next to the car. It is visible by appointment in our premises. 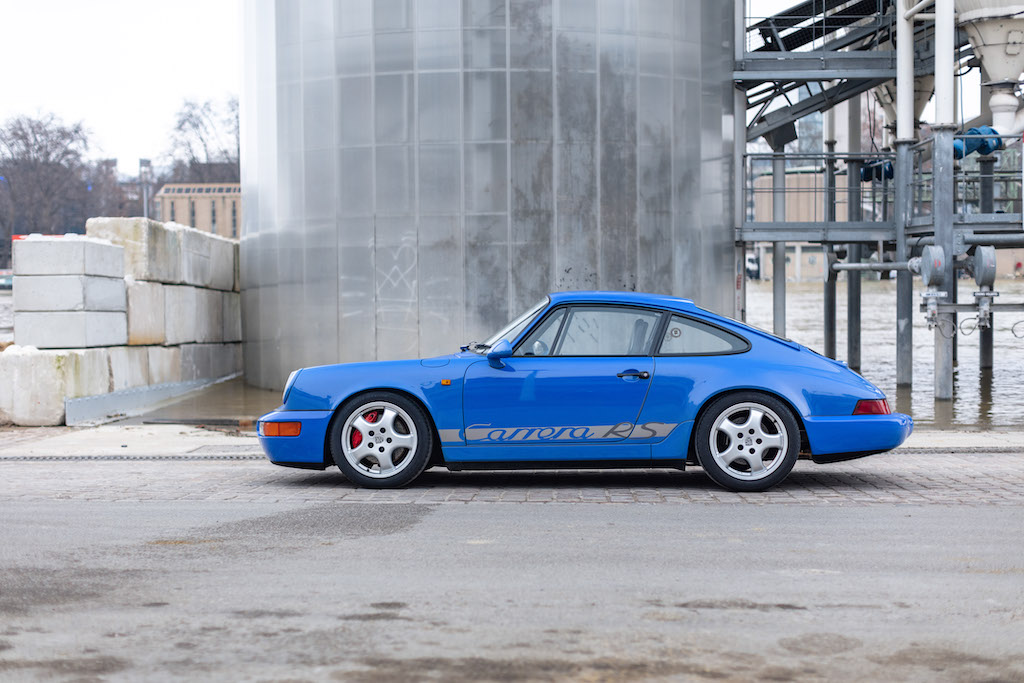 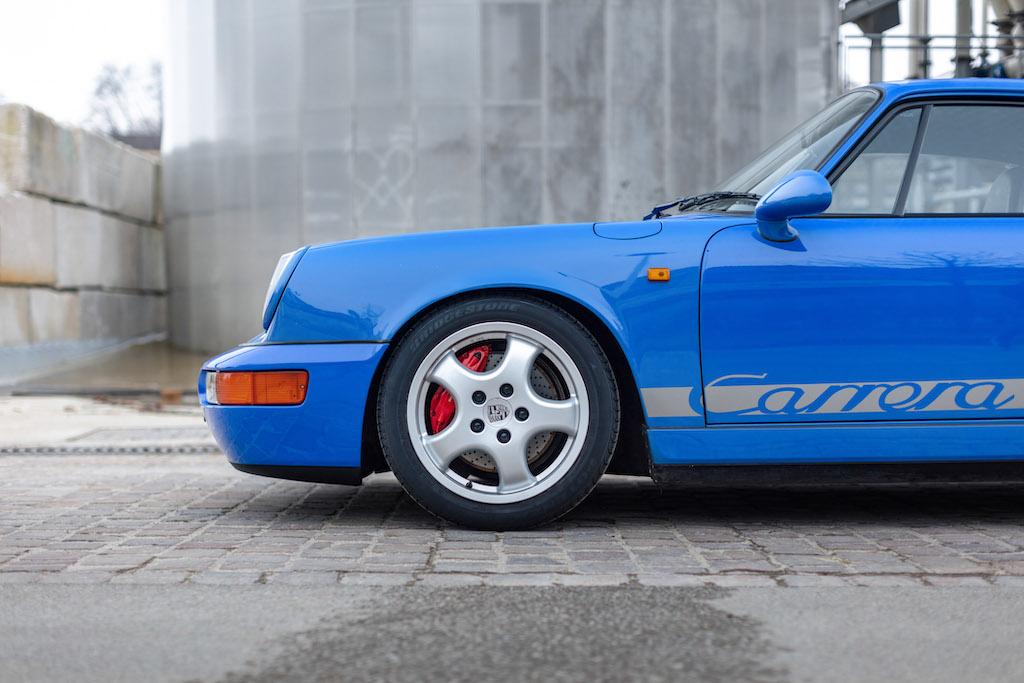 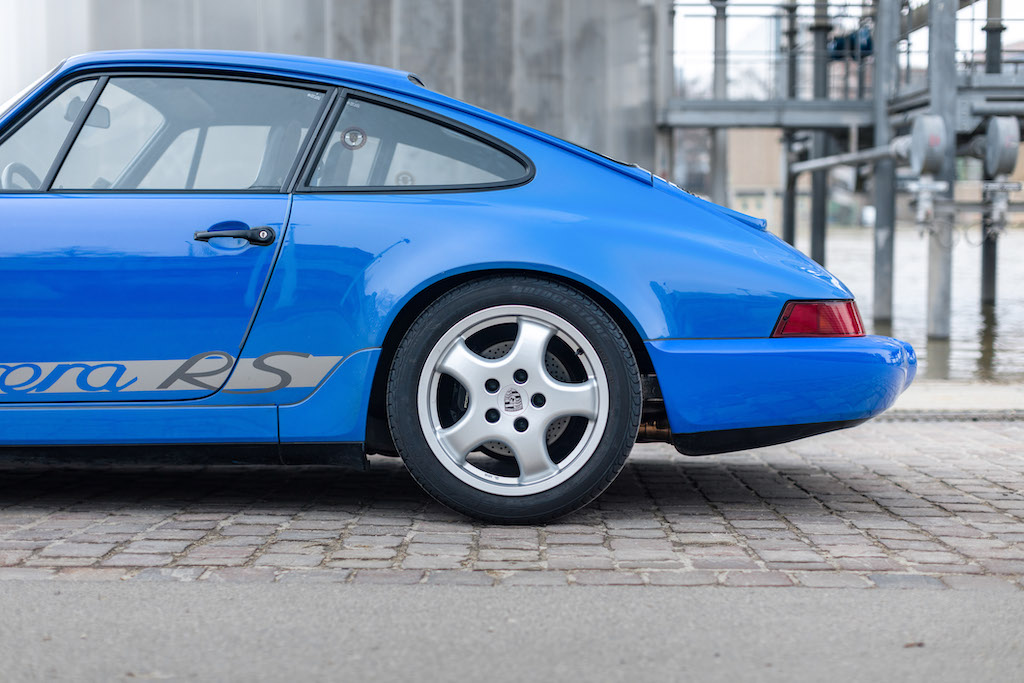 Identified as type M64/03, the engine of the Carrera RS 3.6 achieves 325. The Porsche 911 (964) Carrera RS, after almost 20 years of waiting, is the successor to the legendary Carrera RS 2.7 from 1973. Designed for private motorsport, it is the new weapon of choice for club enthusiasts: everything unnecessary is eliminated, while the engine and chassis have been optimized for sporty use.

Externally, the Carrera RS 3.6, or simply RS “92”, is a sober car, unlike its ancestor, the 2.7 RS 73, which had bright colors with colored stripes and a very characteristic spoiler. They both clearly reflect the spirit of their generation. Among the visible modifications made to the 911 RS compared to the Carrera 2 which serves as its base, one notices first of all the specific rims, in 17″ of diameter, and the tapered retros of the 964 “Cup”. Then, the expert eye will stop at the lowered body (-40 mm) and the lightened rear bumper, with its side plate lighting as on the 965 Turbo and the absence of front fog lights, replaced by simple translucent covers.

The RS, available only as a coupe, is available in 3 versions: the “light” (M001 identification), the “touring” (M002), and the Clubsport (M003), not officially imported into France. The bodywork could be colored in a choice of 8 shades, some specific. These are ruby red, amethyst metallic, black patent, maritime blue, midnight blue metallic, Indian red, grand prix white and polar silver metallic. Regarding this time the invisible modifications, first of all there are thinner glass than on a C2, except for the windshield and the aluminum front hood. It no longer has jacks, but a stand to keep it open. Inside, the armrests and empty pockets have disappeared to make way for a nearly stripped panel. The opening handles are replaced by a fabric strap, the electric windows are replaced by two good old cranks, the same for the mirrors, and the concern for lightness even goes as far as the removal of the plastic cap on the closing indicator! A small breach of security, the interior door reinforcements are also removed. To continue with the “Cup” spirit, the front seats are replaced by very light Recaro buckets with composite fiber shells. Each one weighs only 4.5 kg instead of 25 kg on a Carrera 2… In the end, the RS 92 is 130 kg lighter than a C2 Coupé.

Nm at 4,800 rpm, compared to 310 Nm for the Carrera 2, and its technical data sheet mentions 260 horsepower delivered at 6,100 rpm, 10 more than the Carrera 2. However, despite this gain in power, which may seem modest, the engine of the Carrera RS is not really identical to that of the 964 Carrera 2 and weighs only 226 kg. There is a specific injection box (Bosh Motronic) with a cut-off speed above 7,000 rpm, which is not the same as the 964 Carrera 2. 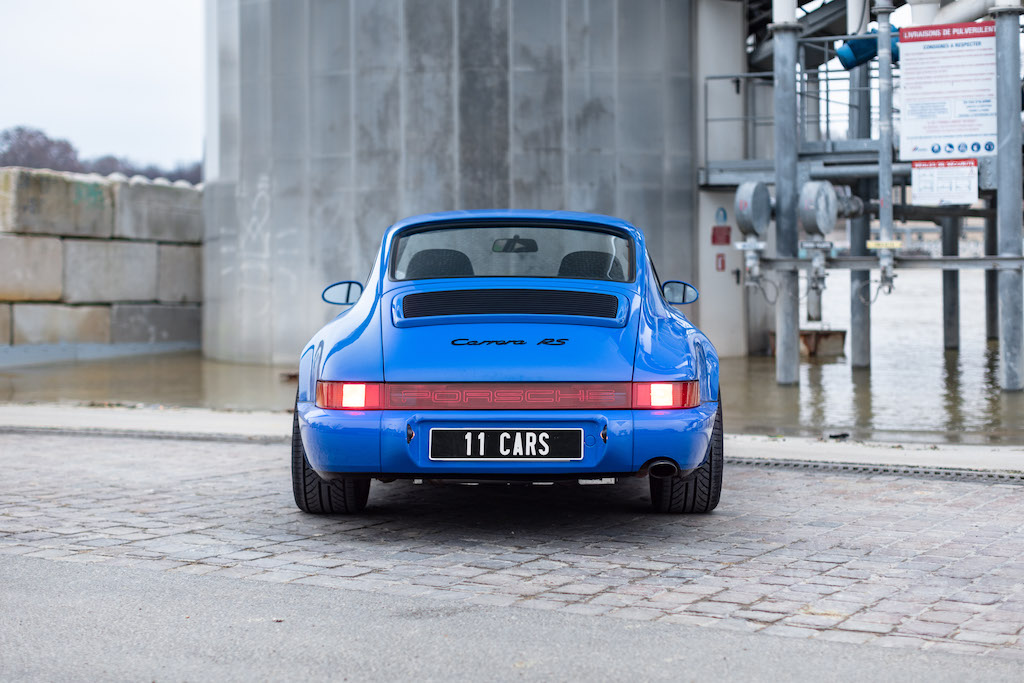 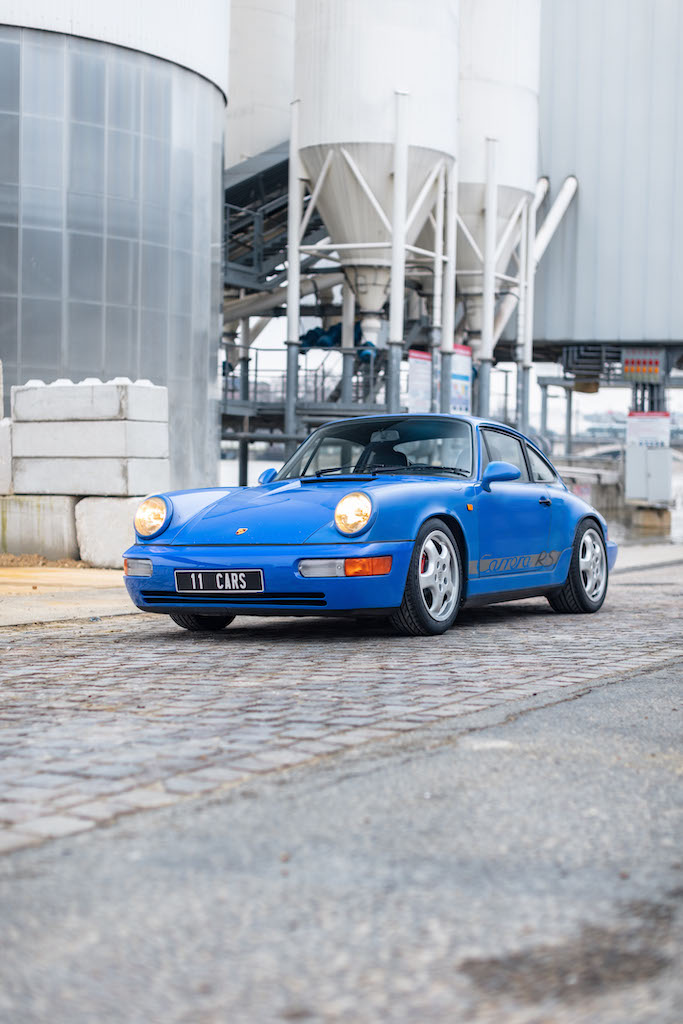 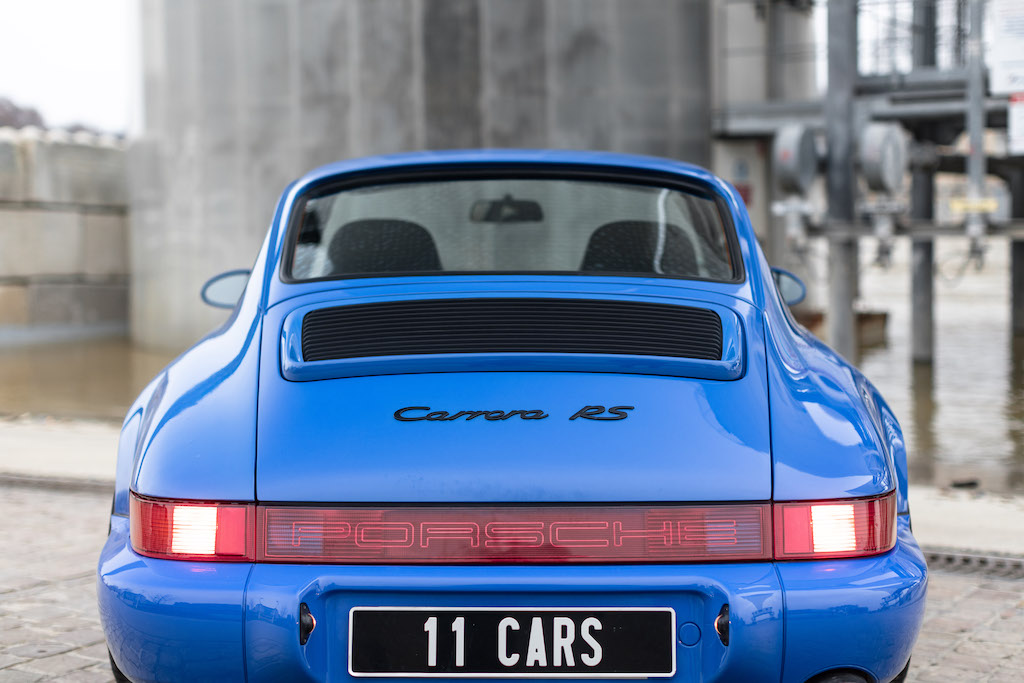 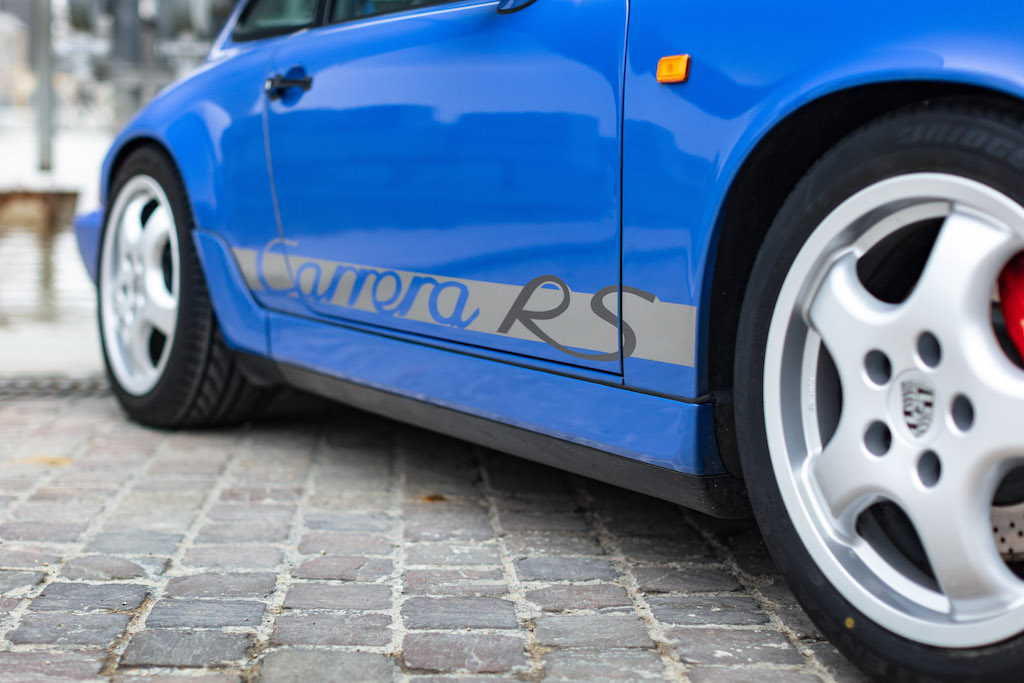 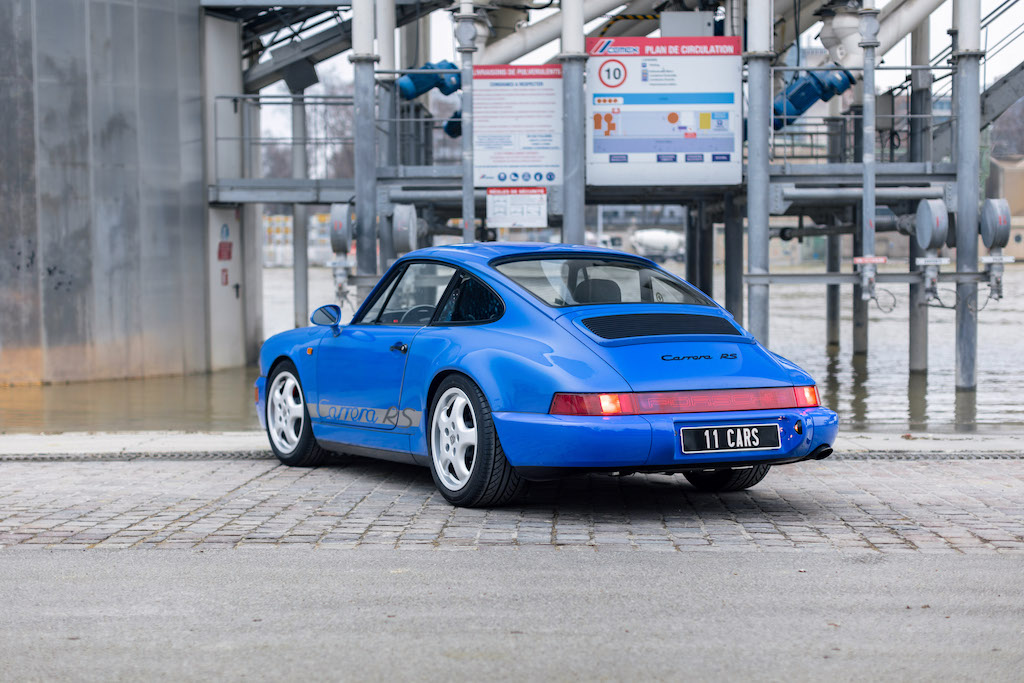 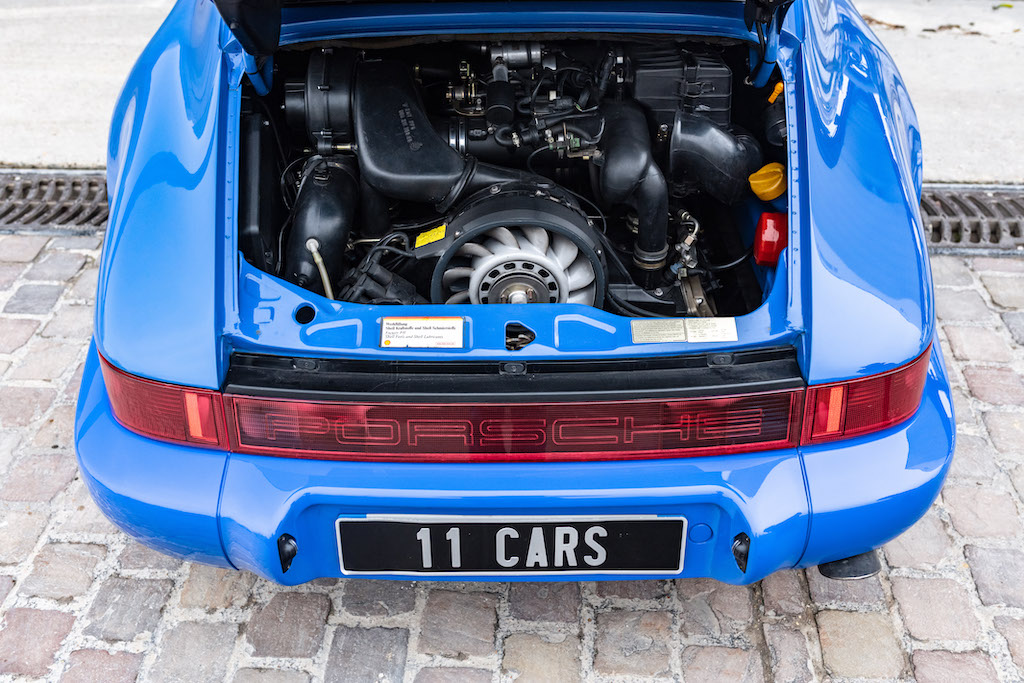 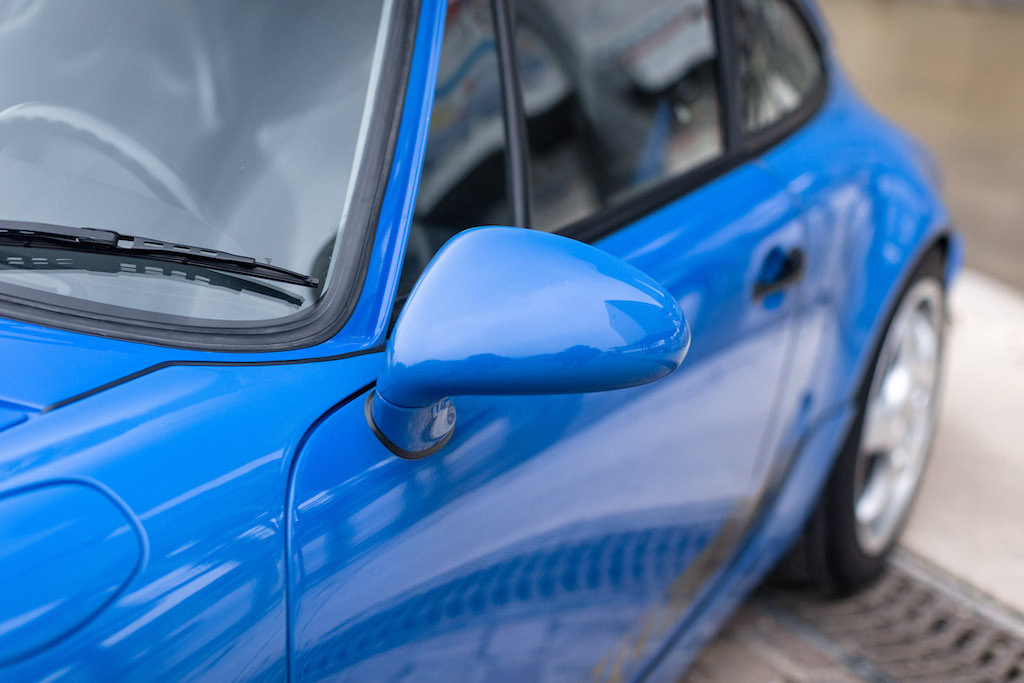 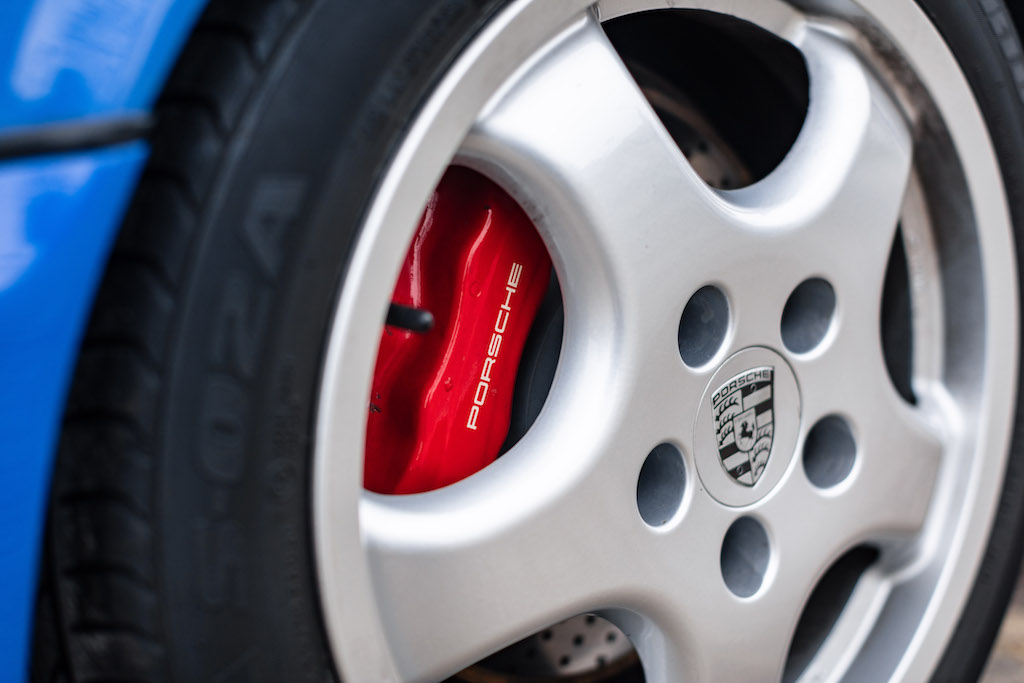 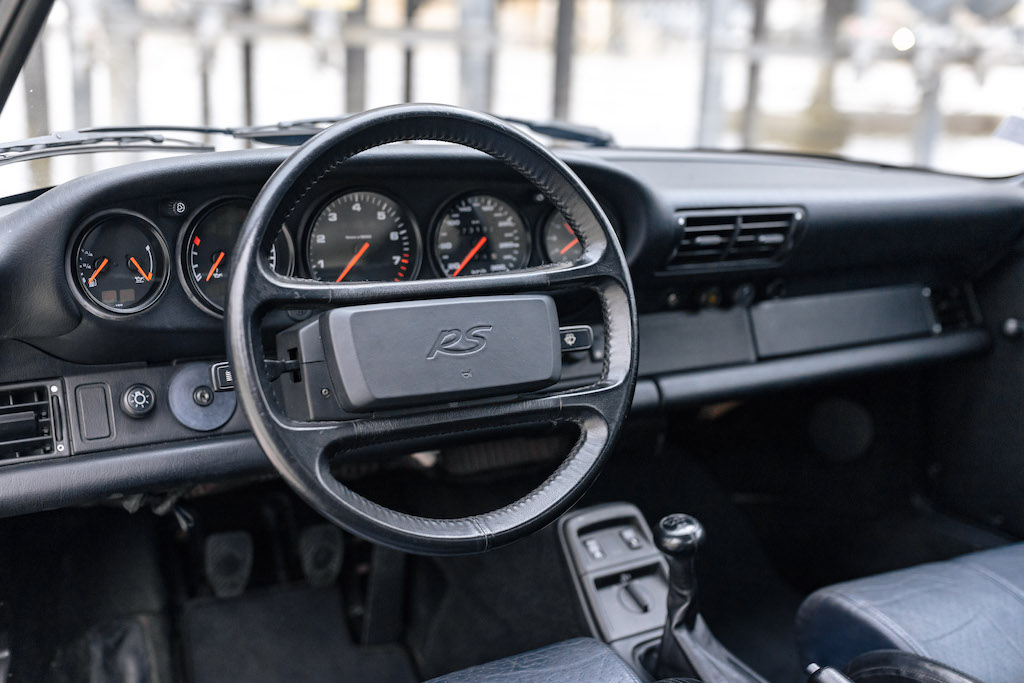 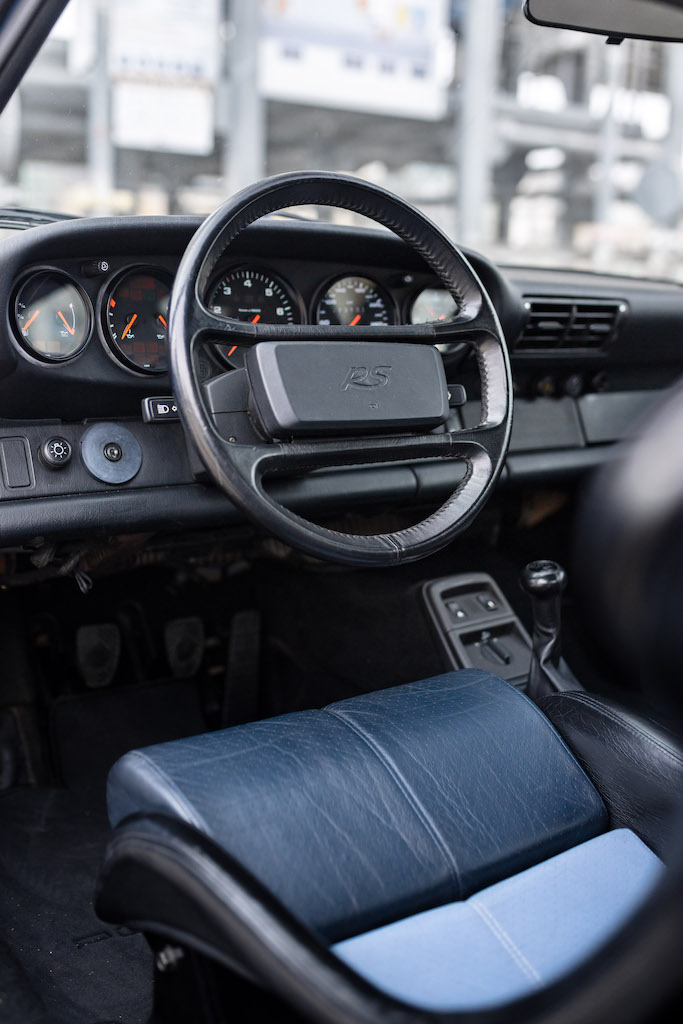 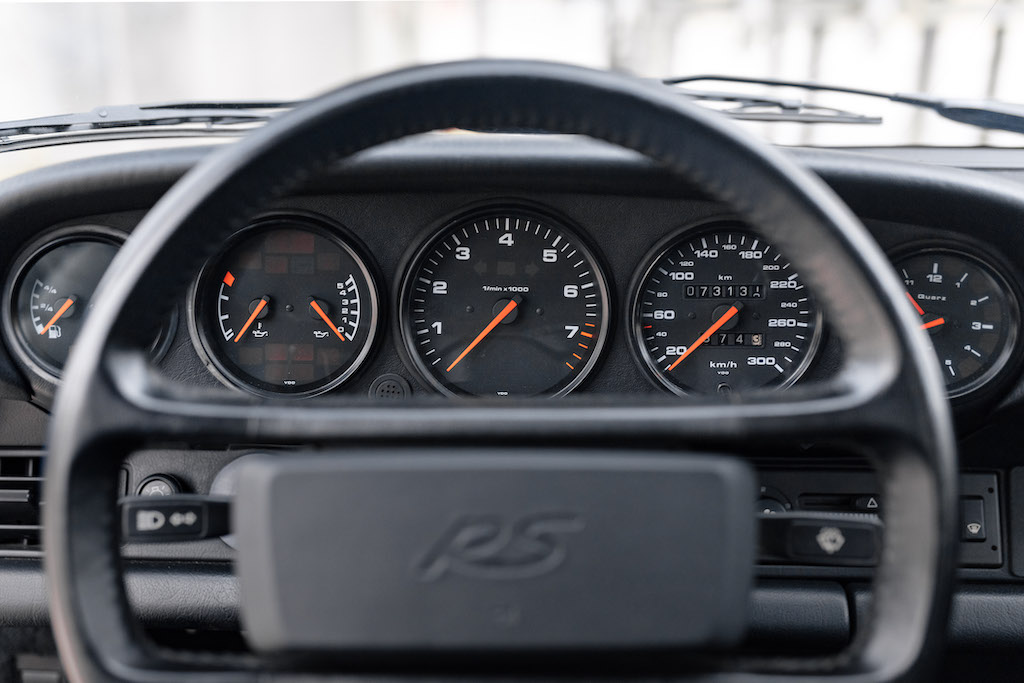 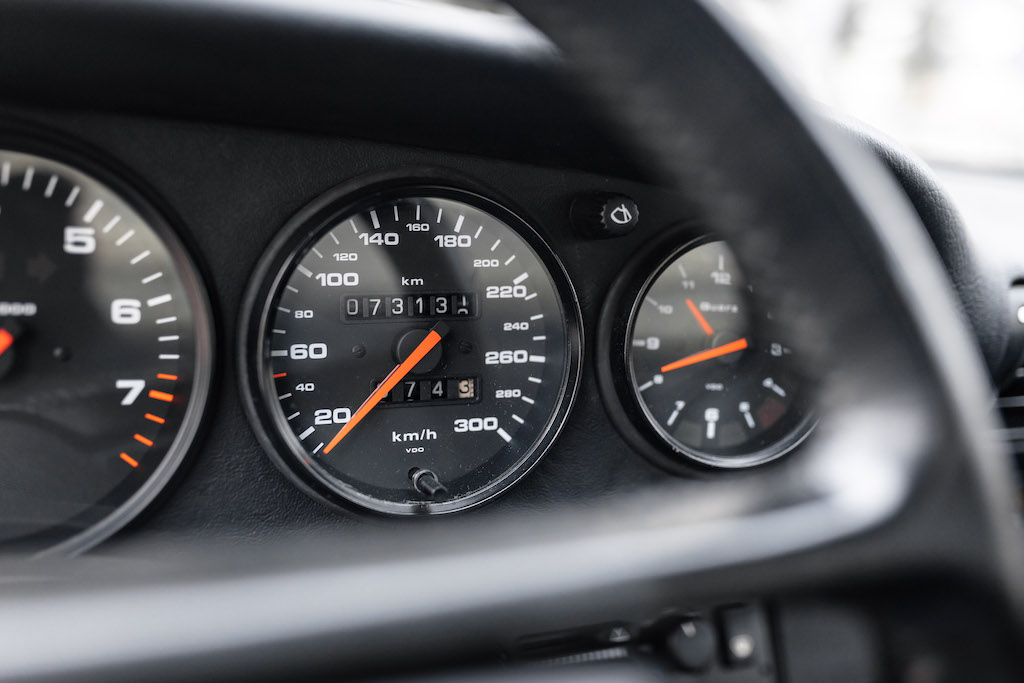 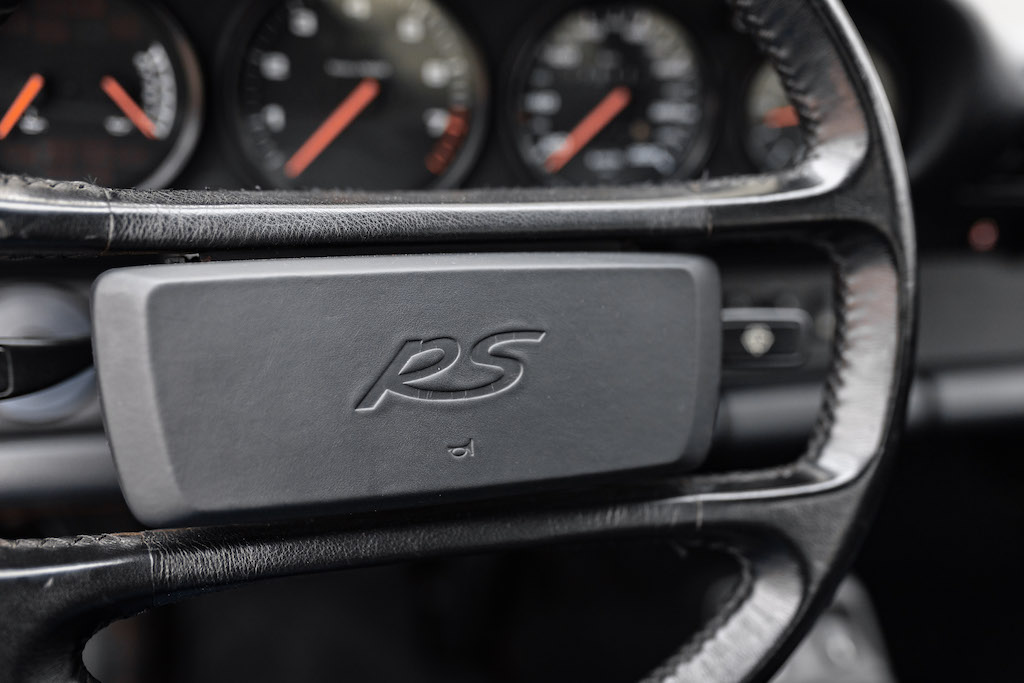 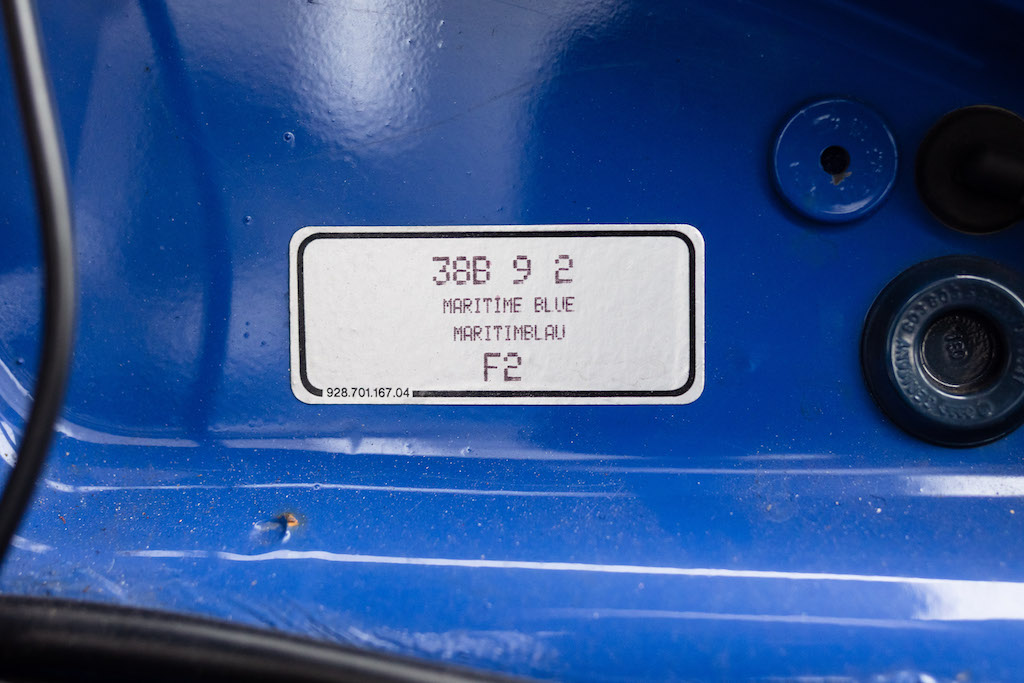 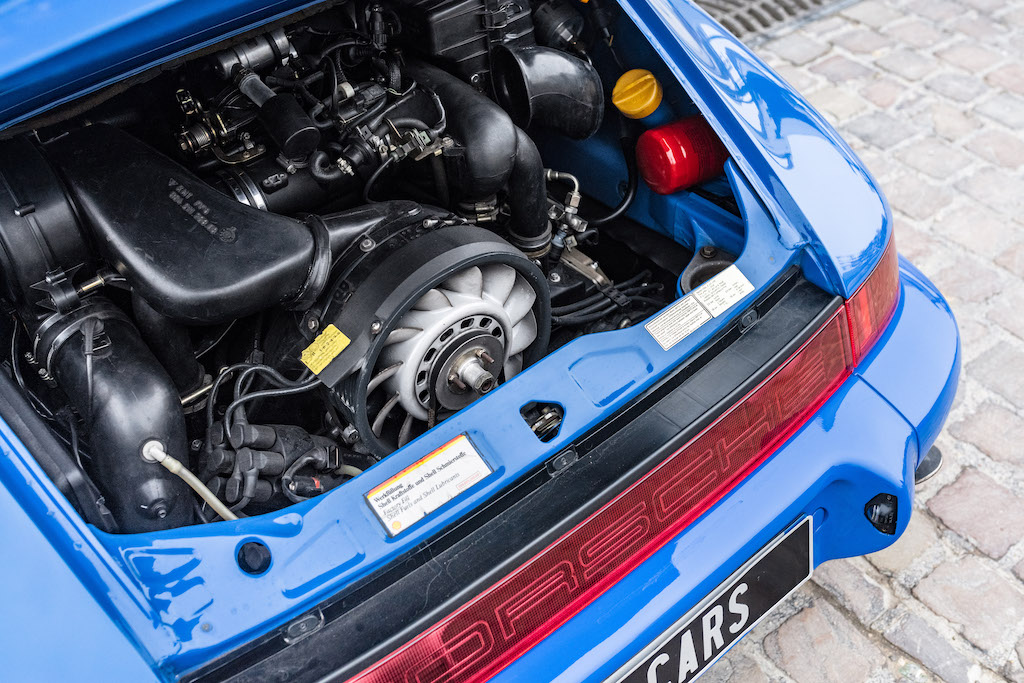