This 1994 Porsche 968 Club Sport is a sought-after model in very good condition, which remains in original factory specification. The odometer now shows 88,627 miles. It is powered by the all-aluminium 3.0-litre four-cylinder engine, driven through a six-speed Getrag manual transmission.

Understood to be one of just 179 cars originally delivered to the UK, it was supplied new via the Lancaster Cambridge main dealer and was first registered in September 1994.

It is presented in the popular Guards Red colour coupled with black cloth upholstery on the red Recaro bucket seats.

The engine bay is clean and tidy, and reflects the conscientious maintenance from new. This 968 benefits from a fresh service/MOT and renewed cambelts ready for the new owner. 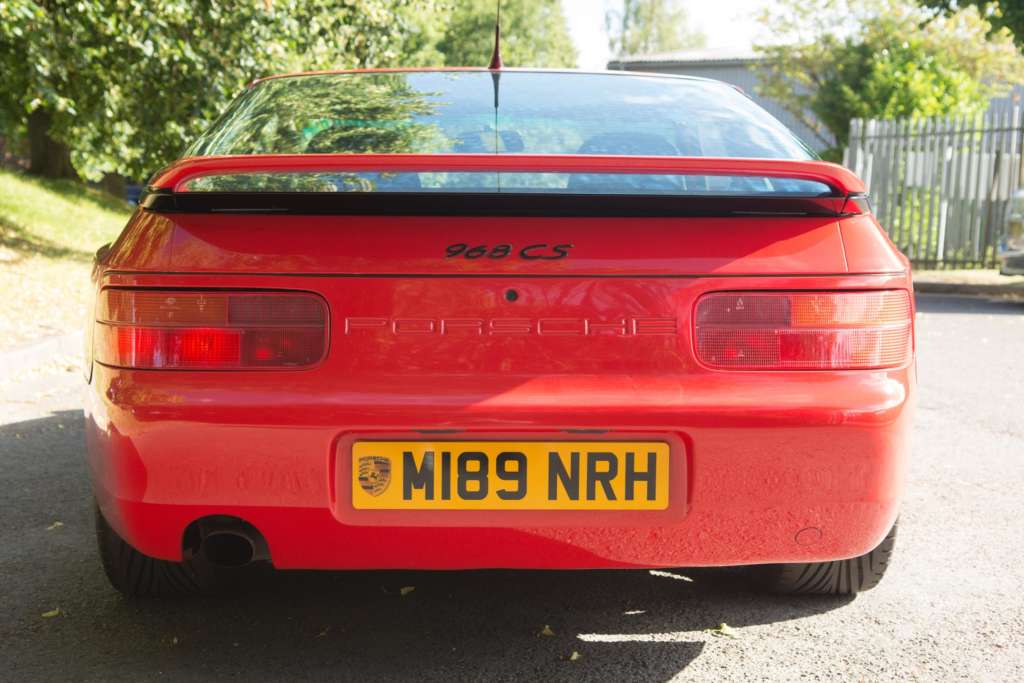