For sale is my 1994 Porsche 968 Club Sport six speed manual in black with black lightweight interior. This is a Japanese specification 968 Club Sport with hard-backed Recaro racing seats, no sunroof, no rear seats, no rear wiper, no factory radio, no electric hatch release, no airbag, reduced soundproofing and with “ClubSport” in silver script on both sides. The only concessions to comfort are electric windows and very effective air conditioning.

From its arrival in the UAE I have detailed records of all work performed. I do not have a service history from Japan.

As an avid collector myself I can assist with pre-purchase and export arrangement to Europe or the USA. 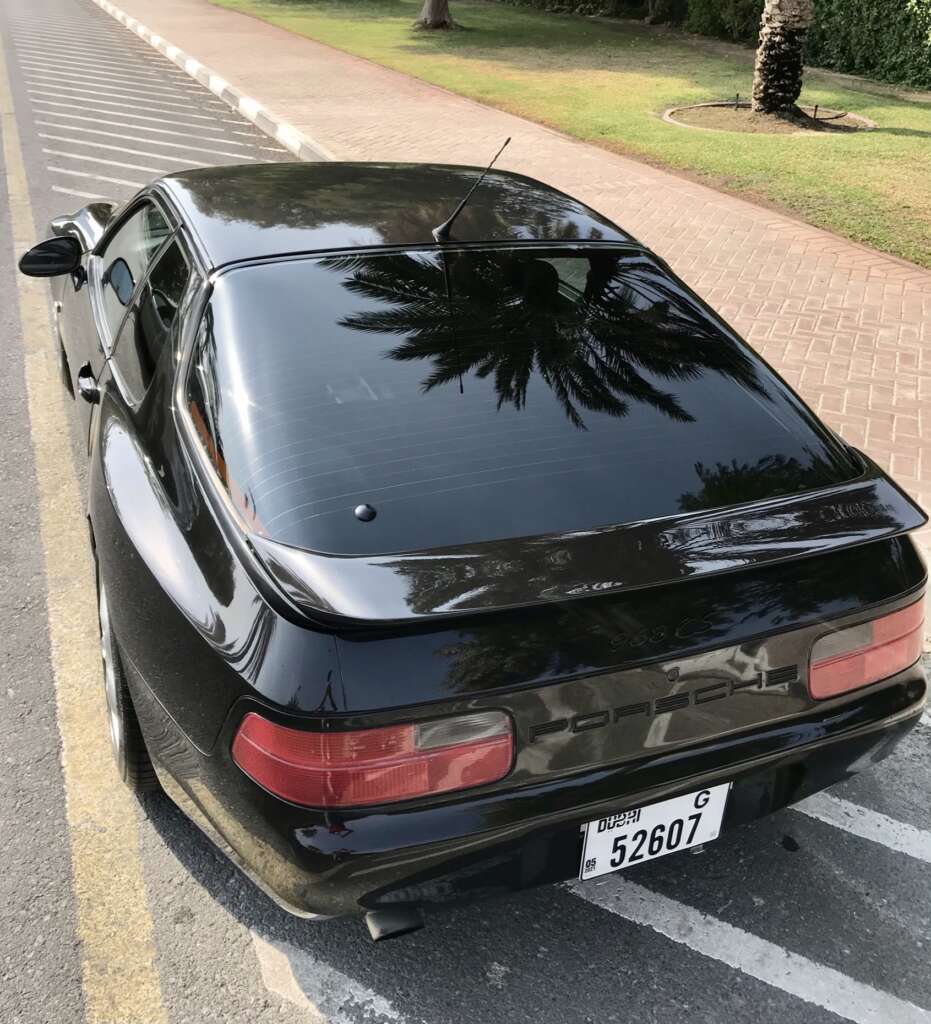 This is a brilliant driver quality 968 Club Sport for an enthusiast who enjoys driving. It is cosmetically original with no corrosion and is mechanically excellent.

The coil over suspension is tuned and damped for fast mountain roads with roll and diving well controlled. Steering has linear feedback through the aftermarket Momo steering wheel and the car is far easier to place precisely than 911s of that era due to the engine transaxle arrangement and resulting nearly perfect weight distribution and low center of gravity. Brakes are confidence-inspiring. You can brake hard and late and carry speed through curves without concern of snap oversteer. When the break happens it is predictable and controllable.

Michelin Pilot Sport 4 tires were fitted in late 2019 and pair well with the 968 Club Sport spec Cup 2 wheels on the car.

There were only 1923 Club Sports constructed between 1993 and 1995. Even by Porsche standards this is a fairly rare car.

I imported this car from Japan in 2019. The car has 78000km on the odometer. I have replaced the original Japanese metric instrumentation (included in the sale) with North American specification so the car reads speed in mph and km/h. The odometer was set to the equivalent distance in miles. I am American and intended to return with this car to the USA. I am selling this car to continue funding of several other restoration projects.

I have steadily improved the car over the past 20 months. Any worn or damaged parts were replaced (for example the lower control arms, which are unique to the Club Sport with extra brake ventilation scoops).

As noted, this is a Japanese specification 968 Club Sport. Japanese Club Sports did not come with the desirable M030 suspension and brake upgrades. I wanted to achieve the same or better than M030 performance and the following was installed:

The underbody aerodynamic trim on this car is all present and correct.

Some history of the Club Sport: from 1993 through 1995, Porsche offered a lighter-weight “Club Sport” version of the 968 designed for enthusiasts seeking increased track performance. Much of the 968’s luxury-oriented equipment was removed or taken off the options list; less sound deadening material was used, upgraded stereo systems, A/C and sunroof were still optional as on the standard Coupe and Convertible models. Porsche installed manually adjustable lightweight Recaro racing seats, a revised suspension system optimized and lowered by 20 mm for possible track use, 17-inch wheels (also slightly wider to accommodate wider tyres) rather than the 16-inch as found on the Coupe and wider tyres, 225 front and 255 rear rather than 205 and 225 respectively. The four-spoke airbag steering wheel was replaced with a thicker-rimmed three-spoke sports steering wheel with no airbag, heated washer jets were replaced with non heated, vanity covers in the engine bay were deleted, as was the rear wiper. The Club Sport has no rear seats.

Club Sport decals were standard in either black, red or white but there was a ‘delete’ option.

All Club Sports had black interiors with the 944 S2 door cards. Due to the reduction in the number of electrical items the wiring loom was reduced in complexity which saved weight and also the battery was replaced with a smaller one, again reducing weight. 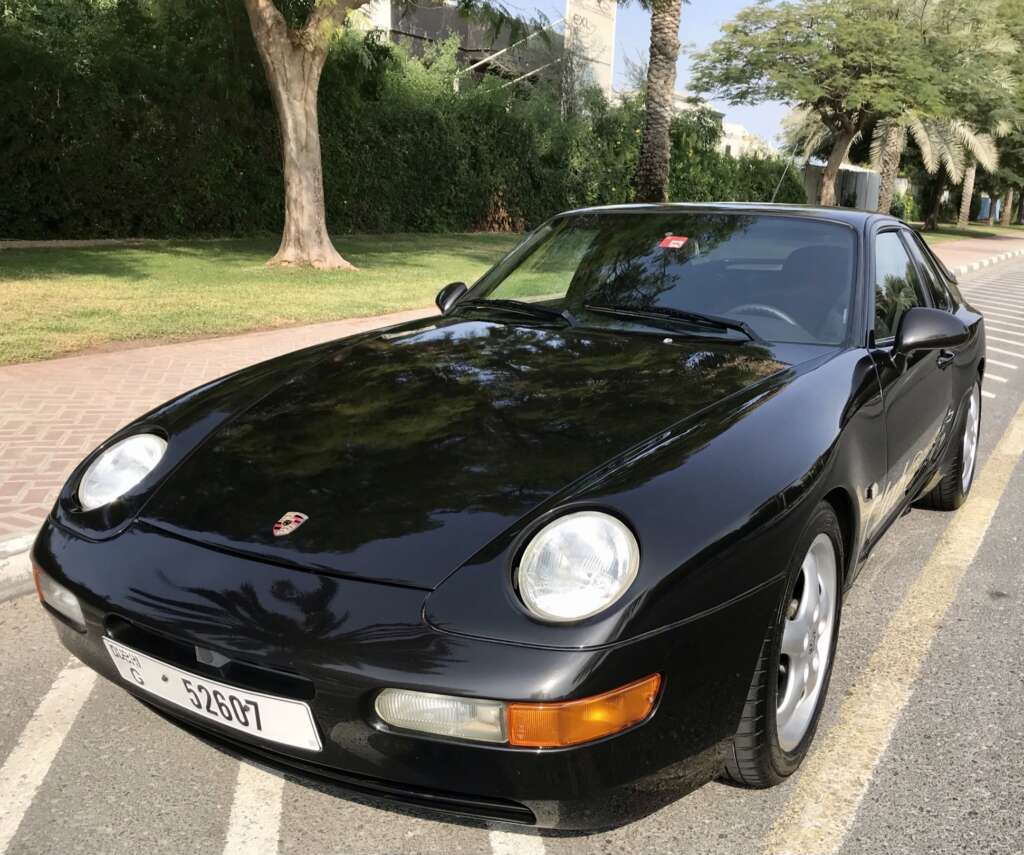 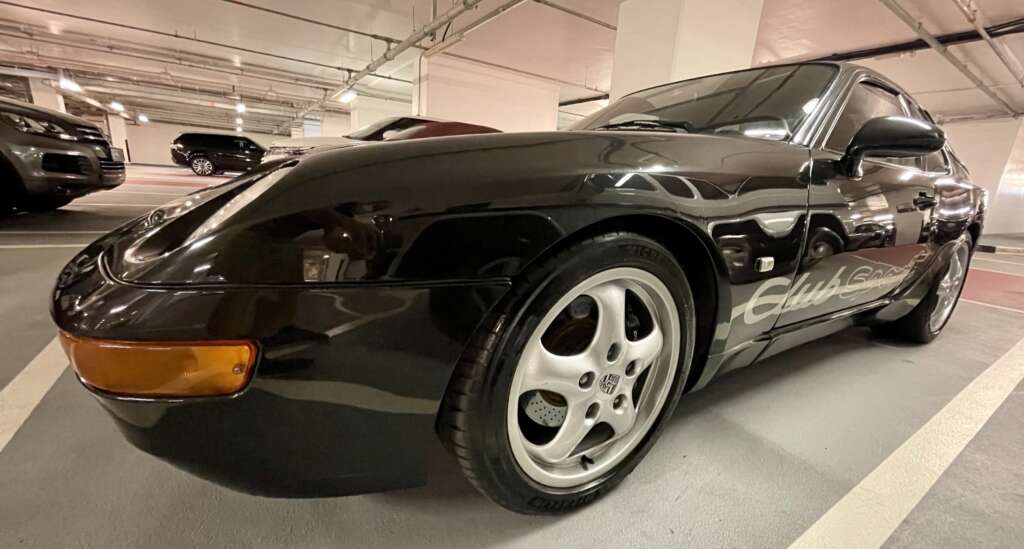 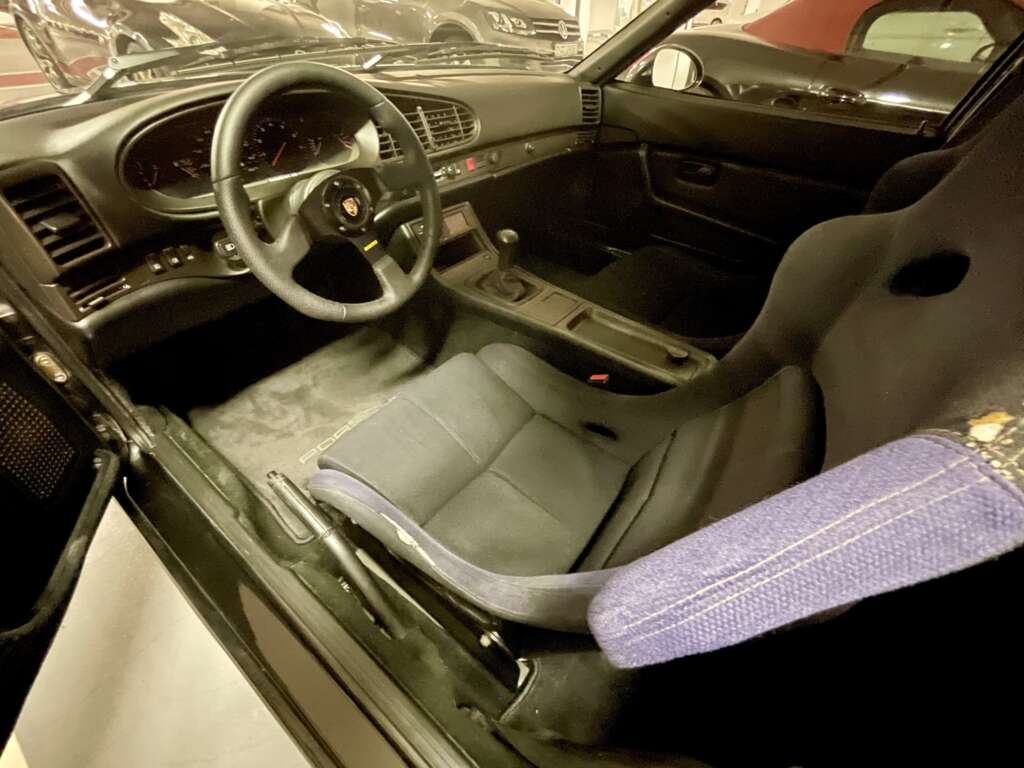 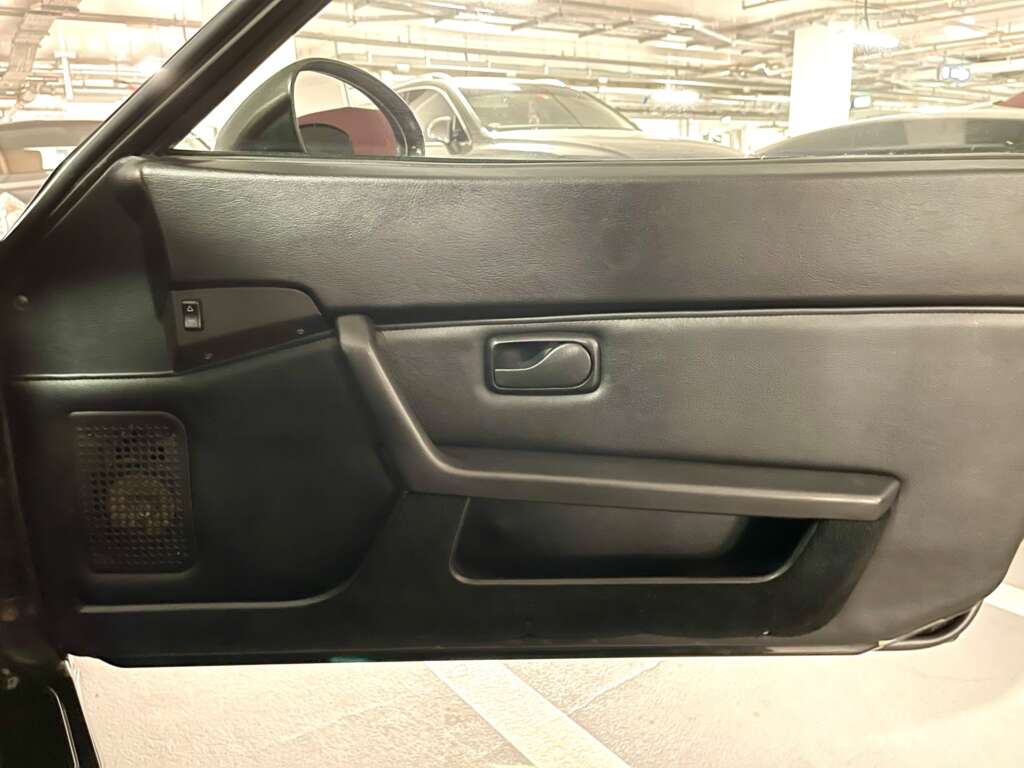 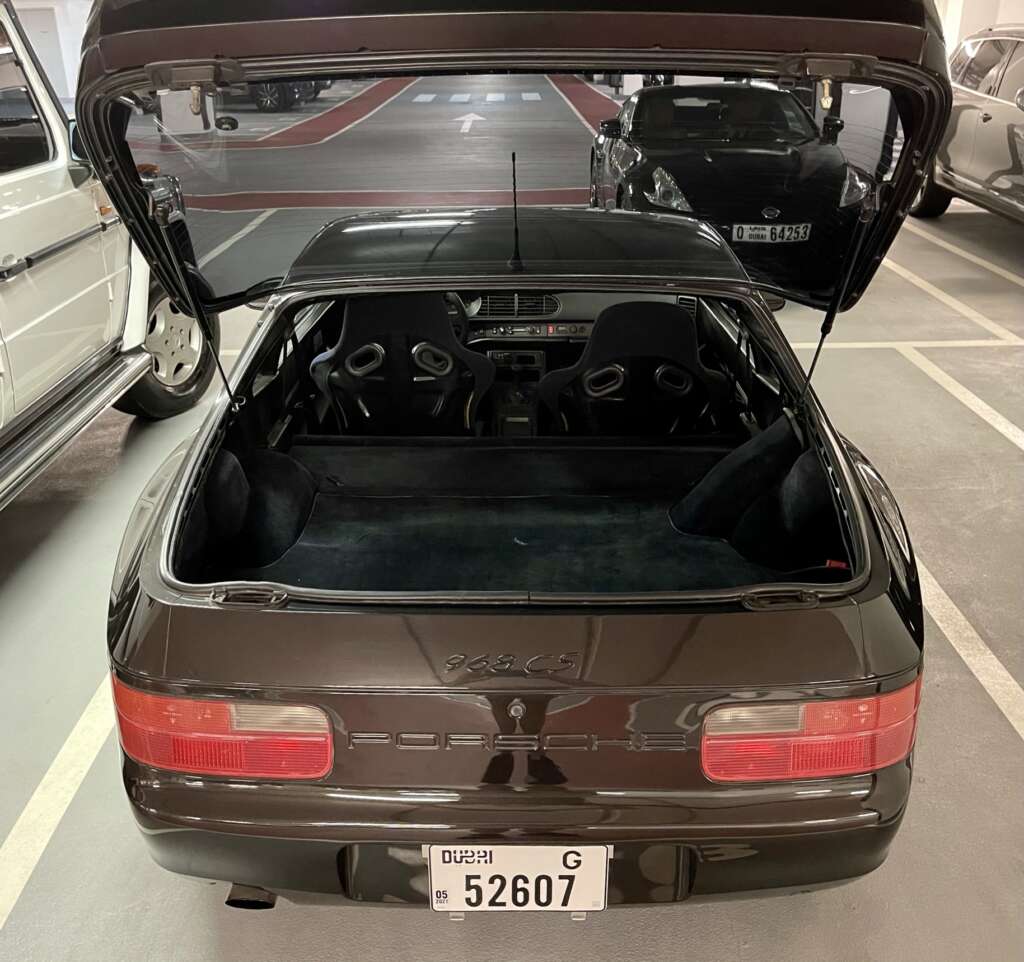 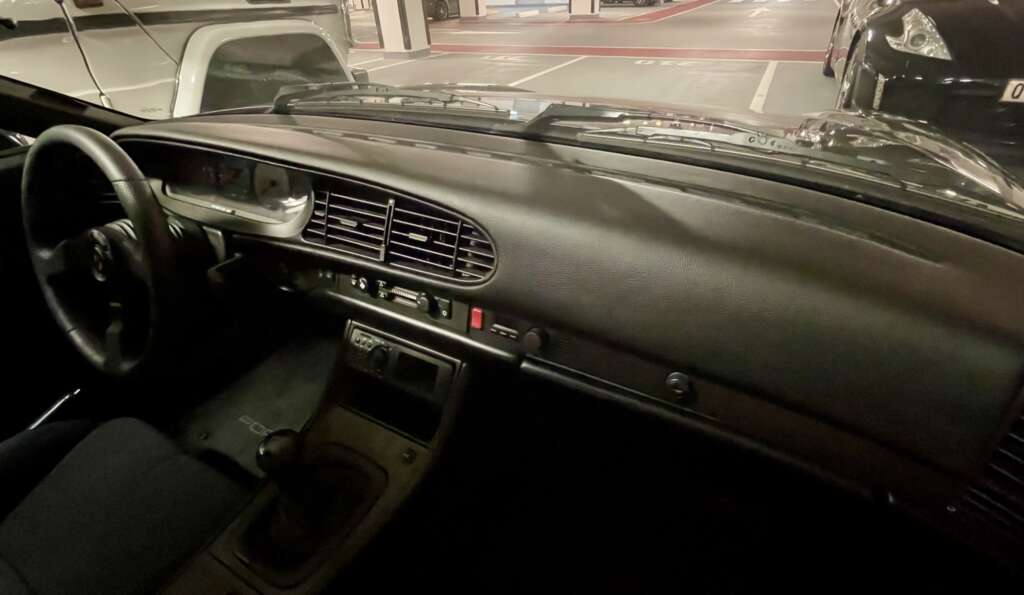 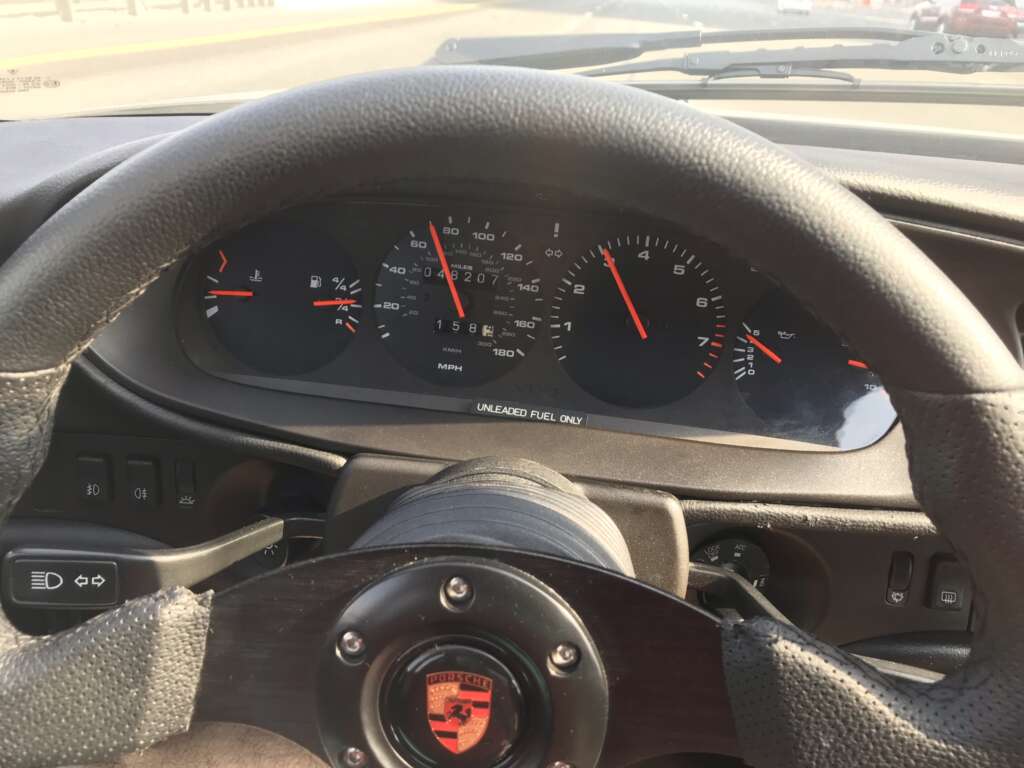 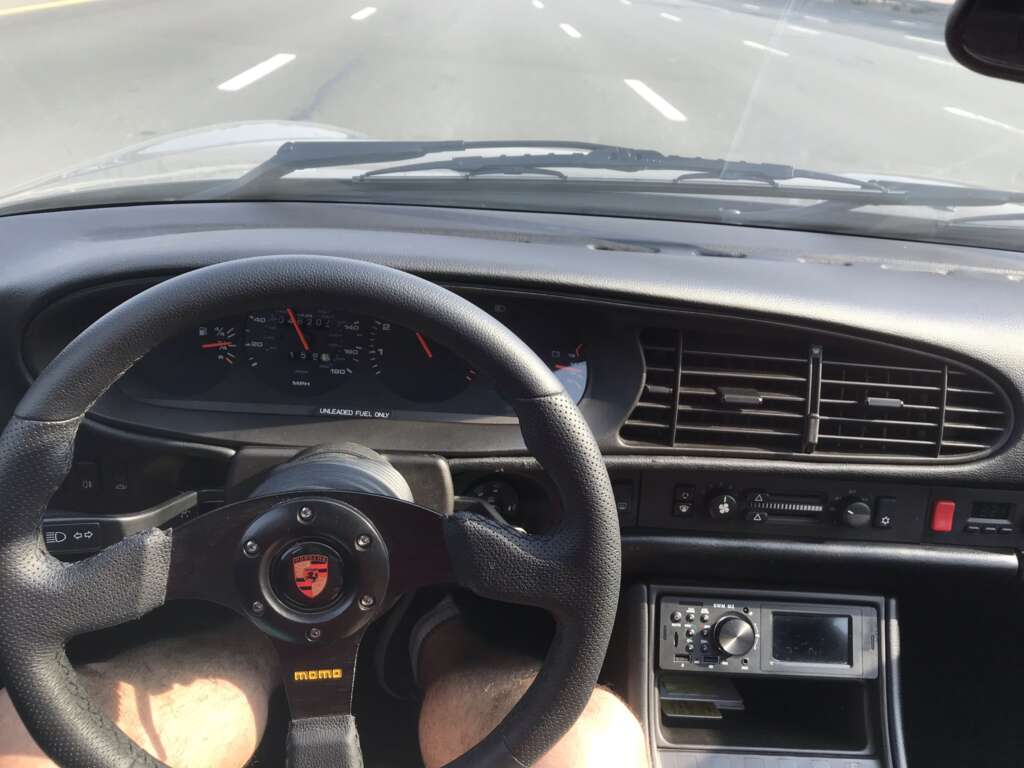 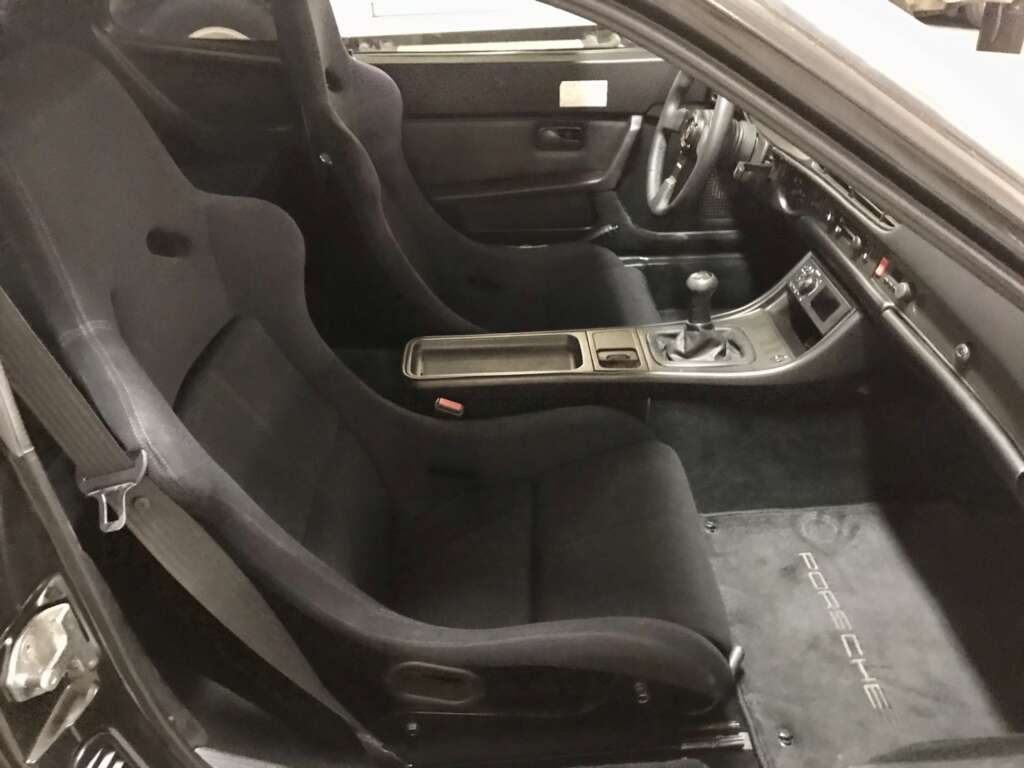 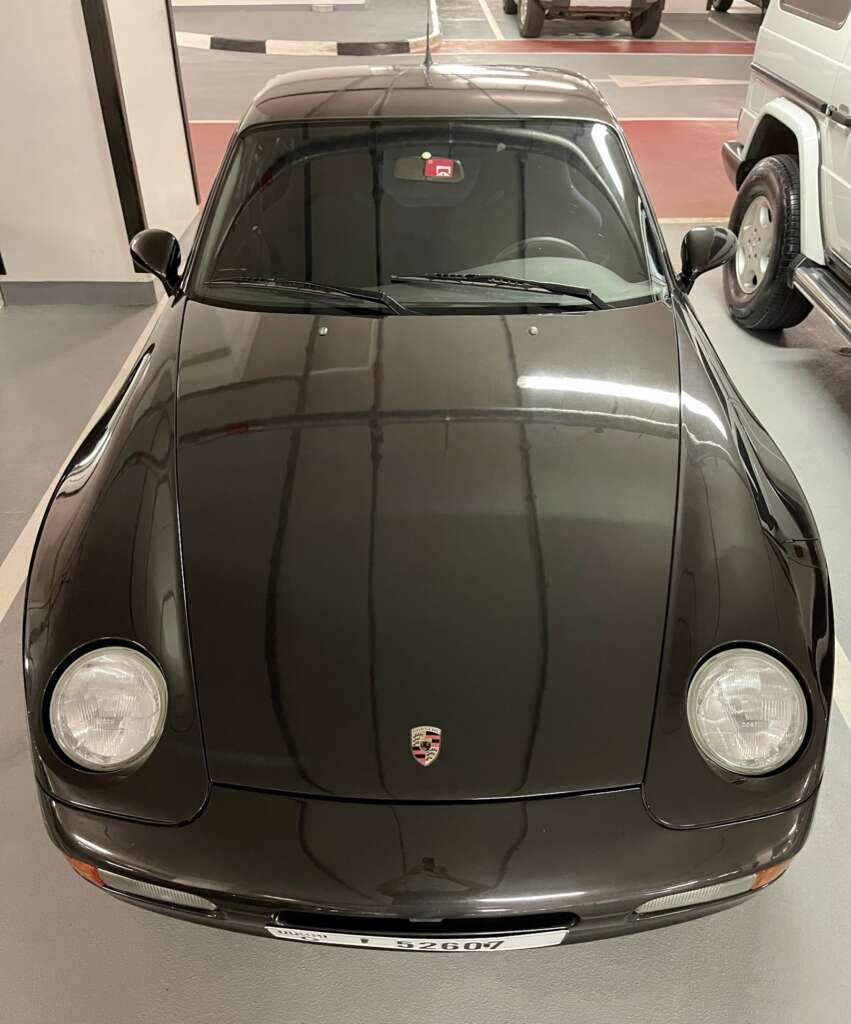 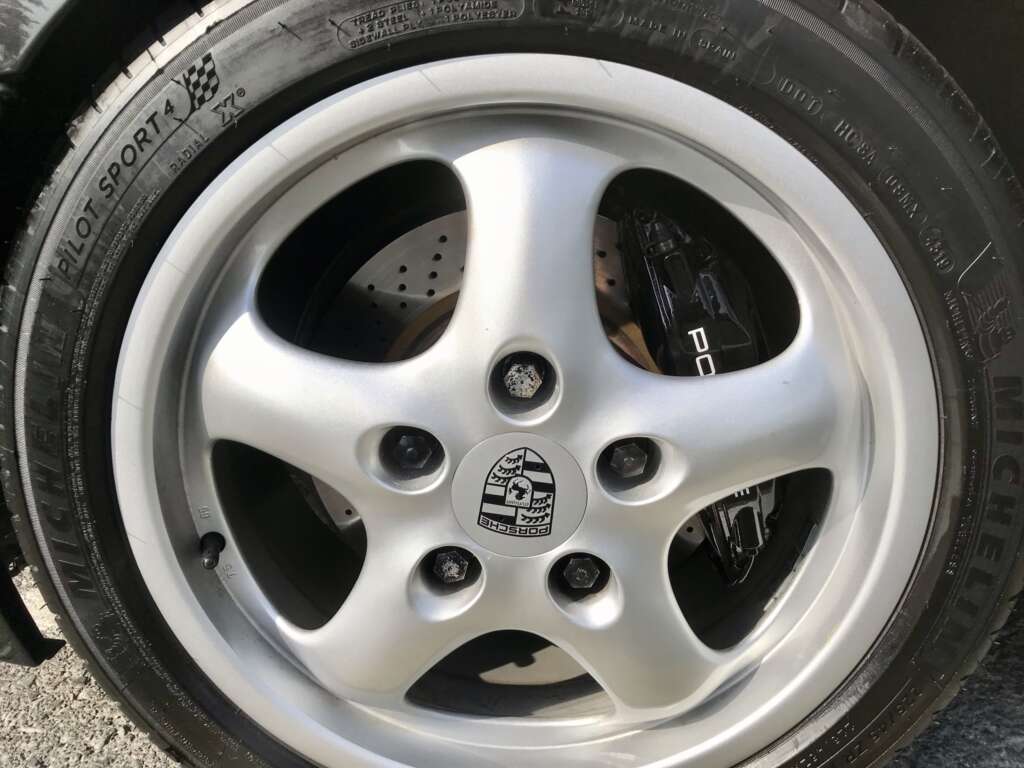 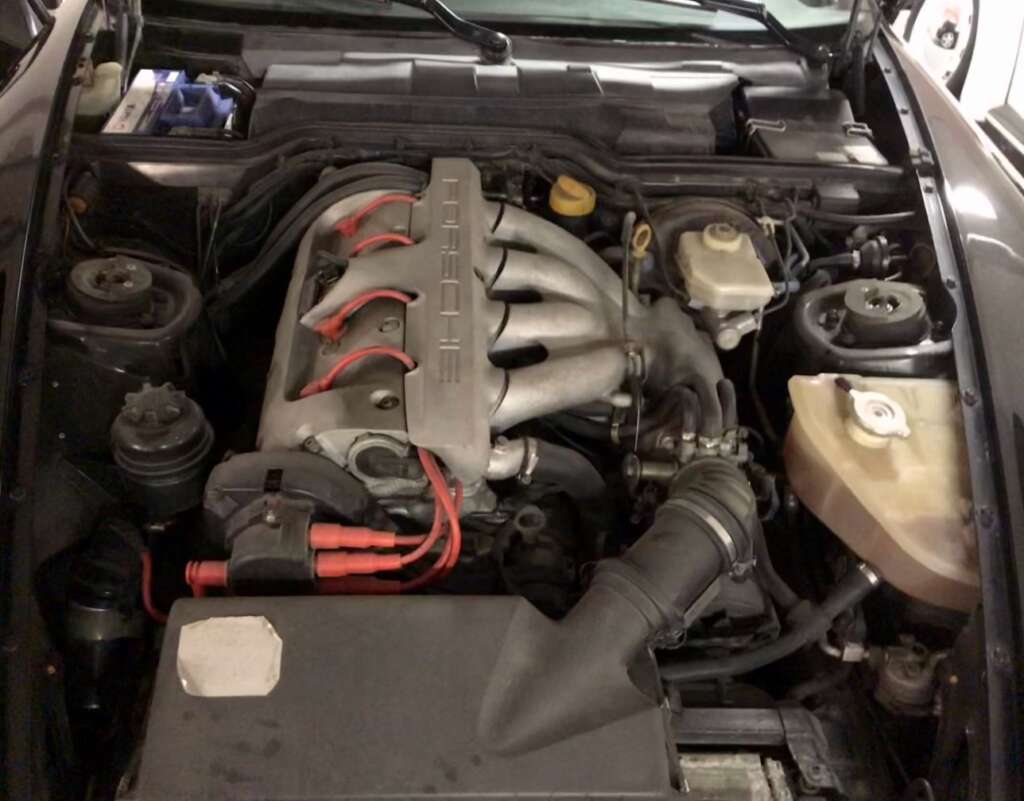 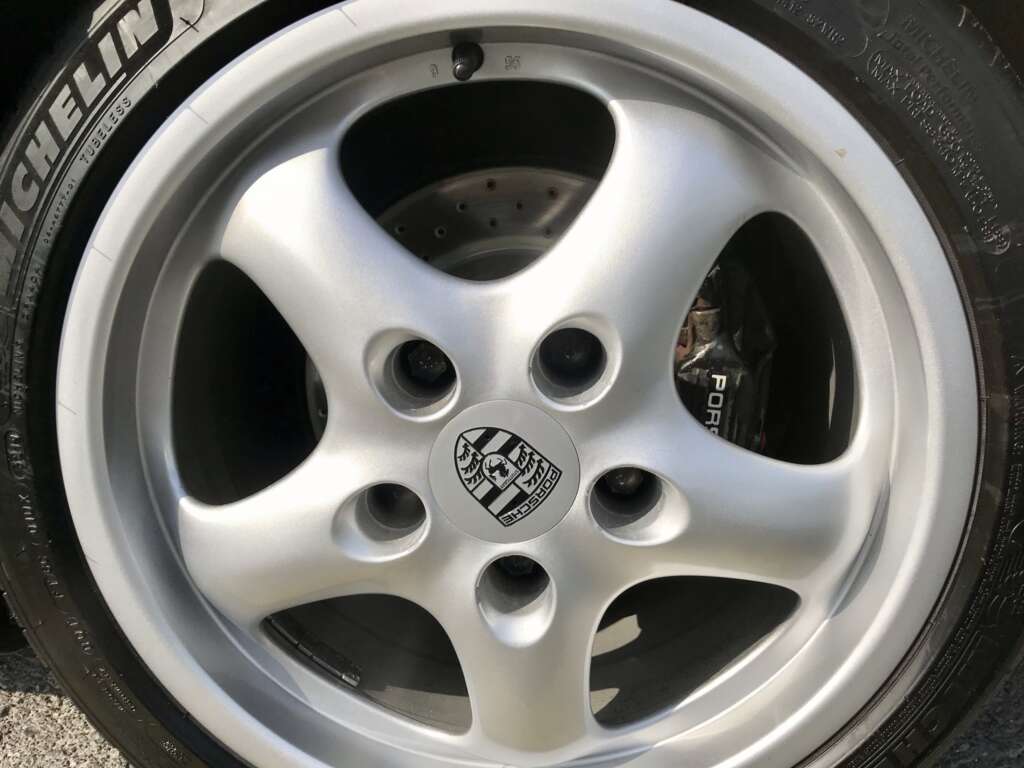 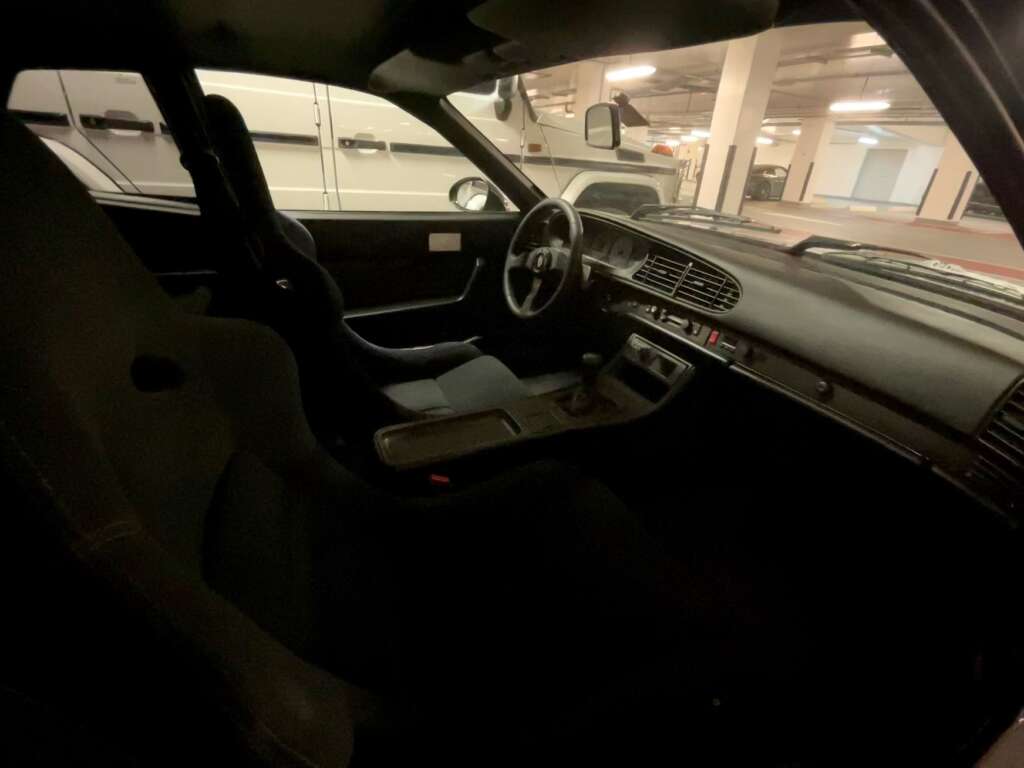 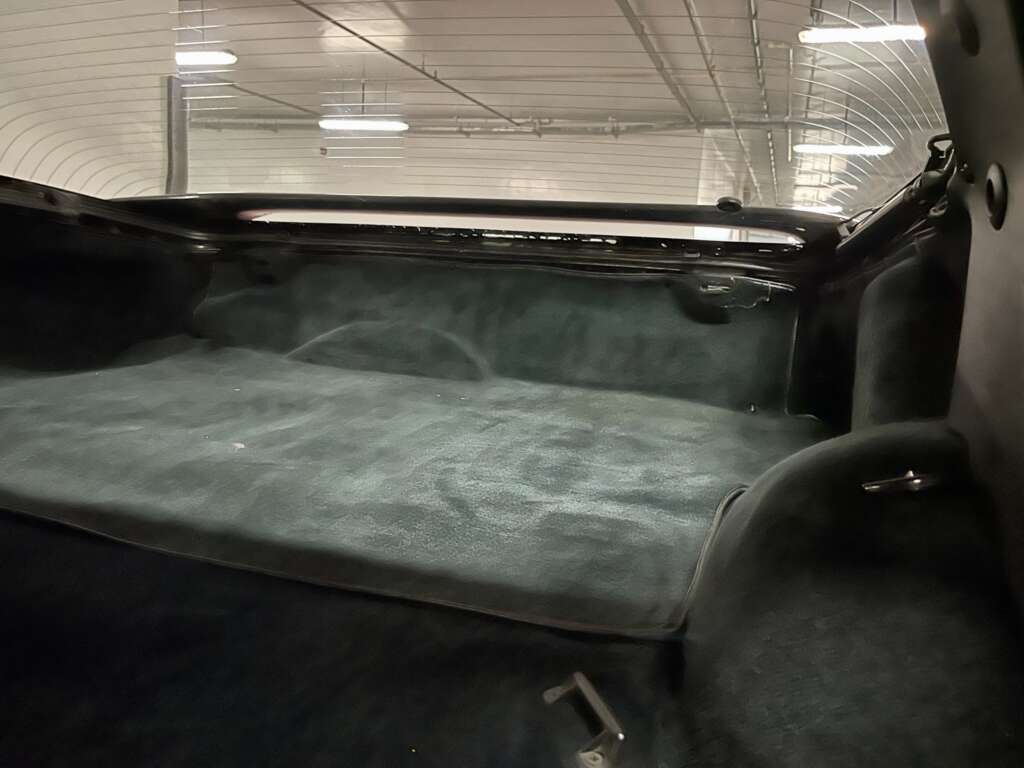 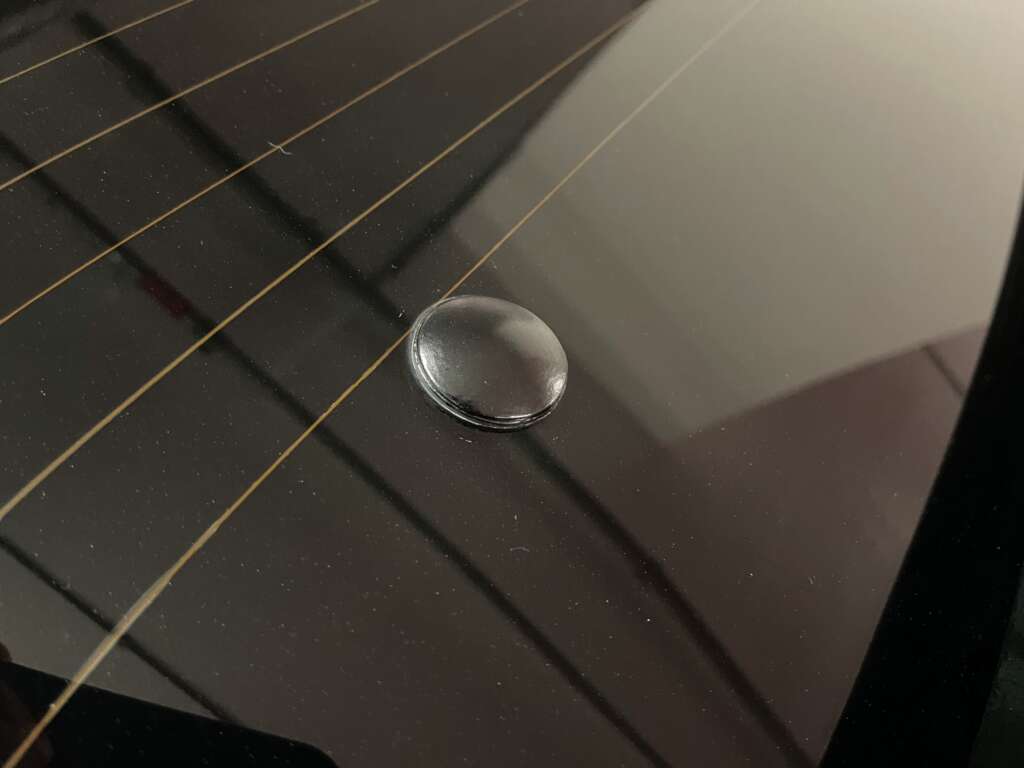 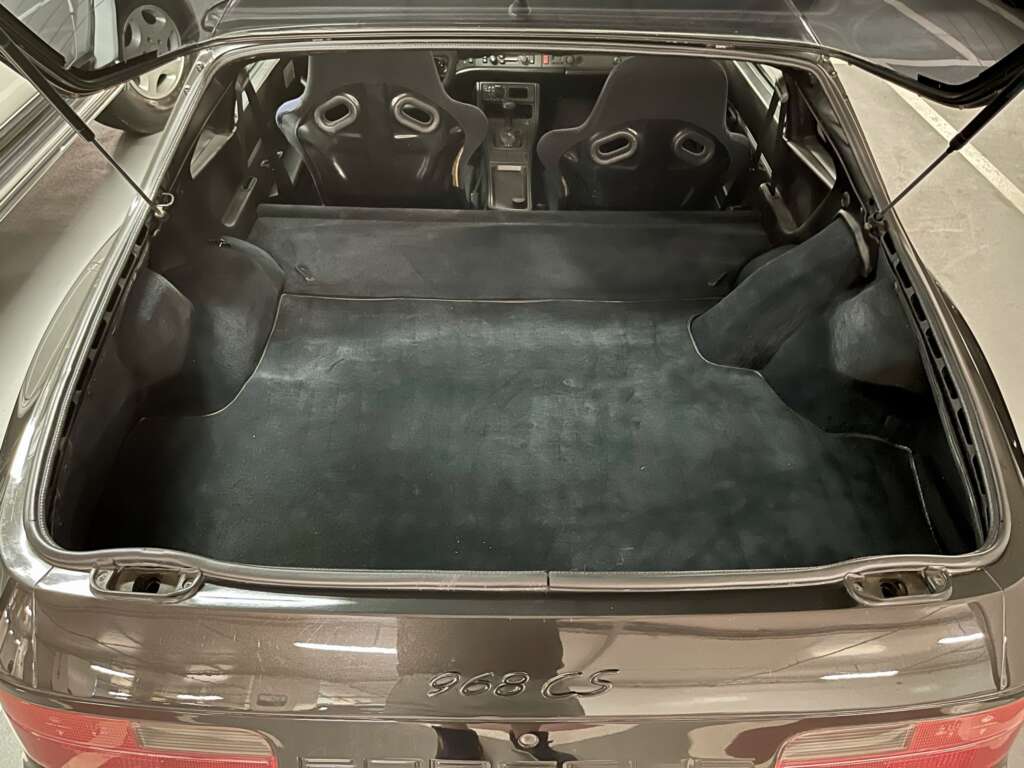