This Graphite Blue Porsche 991 GT3 Touring is a real driver. Carefully and stylishly modified, it offers the ideal spread of performance for the occasional trackday and drivability for everyday use. A total of over 50,000 euros was invested in perfecting this GT3 Touring. The conversions were carried out by none other than Manthey Racing. Only absolute reference products were installed. It thus represents the ultimate package for sports drivers.

As one of only 1,084 examples, this GT3 Touring was ordered from the Porsche Center Lisbon in 2017. Since delivery in 2018, it remained with its single owner. The initial registration was in Germany, where the owner had his primary residence at the time. In the meantime, the car has been customs cleared, taxed and registered in Portugal. 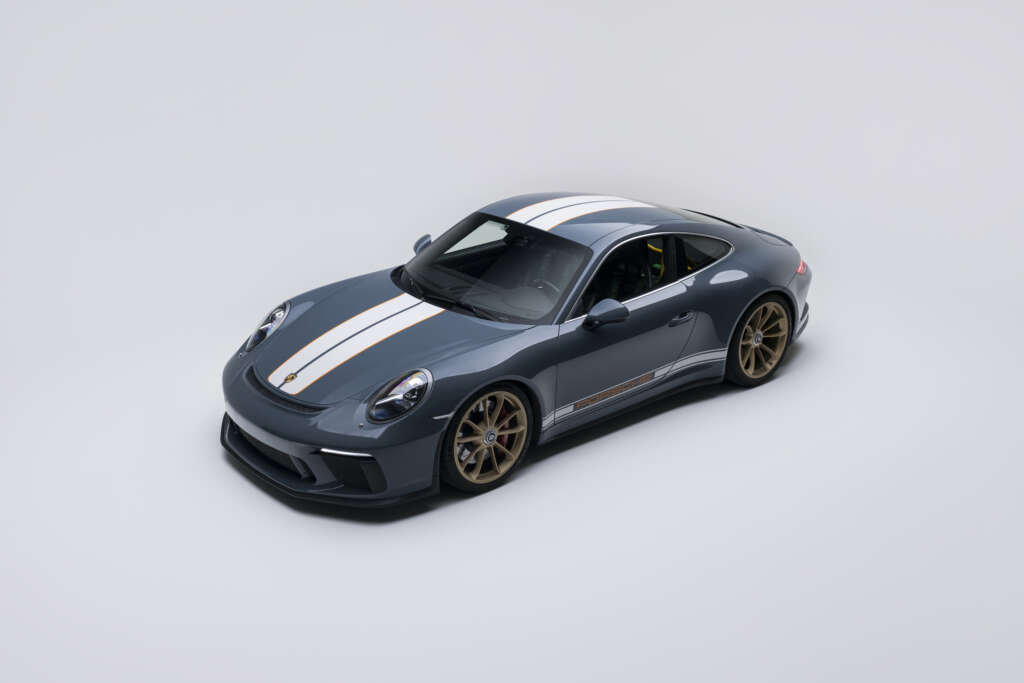 The Touring is in excellent technical and optical condition. It has not driven a single meter in winter and therefore never seen salt. The Touring has never seen city driving or short trips. Recently, the car received another general inspection at the German TÜV – without any faults found. The Touring is of course accident-free.

In the past four years, the owner drove well-documented 64,000 kilometers. Most of it on country roads in the Portugal. He also took part in a total of twelve Gentlemen’s Trackdays in Estoril, Braga, Portimao and the Ascari Driving Resort.

At 31,000 km the car received a (new) replacement engine at the Porsche Center Berlin Franklinstraße as a result of a blown engine due to a mis-shift. This Porsche Center has the special GT-certification to professionally handle all work on vehicles from Porsche’s GT department. As a precautional measure measure, a new transmission was also installed in the course of the engine replacement. The entire drivetrain was therefore renewed so that the future could be looked forward to without any worries.

This makes it the ideal collector’s car. Due to the relatively high mileage, it is no longer a museum candidate itself – although you wouldn’t guess the mileage on it, as it looks mint. So it can be used without remorse, while your can save some mileage on the other cars in the collection. And this with a car that is almost as rare as the 991 times built Porsche 911 R.

All in all, this Porsche 991 GT3 Touring leaves nothing to be desired. The conversions do not distort its character, do not make it a pure trackday car. Rather, it is the logical further development and accentuation of its strengths: a sound to die for, enough grip for your occasional trips to the track, beguilingly beautiful appearance.

In detail, the following work has been carried out:

Over the years, the car was visually and technically transformed into the perfect Porsche 991 GT3 Touring for the owner. The color scheme is a tribute to the American muscle cars. In addition, it received 997 Sport Classic style decals as a contrast to the graphite blue paint. The trim stripes running almost over the entire vehicle were created by Carrara Design. Towards the outside, an orange edging runs along the stripes.

In addition, the Touring was completely wrapped in paint protection film from Xpel. This has a self-healing coating that reacts to heat. This “refills” scratches, preventing the film from scratching permanently. Unlike most PPF films, its special composition also prevents it from yellowing.

Three sets of wheels are included with the Touring: Its original wheels, powder-coated in Satin Aurum Metallic, a set of bronze-coated Vorsteiner VCS 003 (“Fuchs-inspired”), and the currently mounted Manthey magnesium wheels in gold with Michelin Pilot Sport Cup 2 tires, manufactured to order by BBS.

Fans of bucket seats with six-point harnesses and rollcages were left out in the cold with the 991 GT3 Touring. It was not possible to order a Touring with one. That’s why a bolted-in roll bar, powder-coated in RAL 1028 “Melon Yellow” from GMG Racing was installed as an upgrade. This has no cross behind the backrest, so that this area can still be used for travel bags. The bar itself can be removed again without leaving any evidence.

Its factory comfort sport seats gave way to heated and folding bucket seats with green Takata six-point harnesses. They are mounted on sub-plates, also from GMG Racing. This is necessary because the GT3 Touring, unlike the GT3 and GT3 RS, has no provision for mounting six-point harnesses. The two color accents provide a nice contrast to the Touring interior. This is otherwise in classic black leather, without Alcantara.

The exhaust system was refined with an Akrapovic titanium slip-on exhaust and matching tailpipes. It saves 4.7 kilograms of weight compared to the OEM exhaust and also provides an extra 15.2 Nm of torque and just under 9 hp at 4,400 rpm.

A suspension specially developed by Manthey in cooperation with KW for the Porsche 991 GT3, together with the lighter wheels, provided for further improved handling. It offers more reserves on the race track with sufficient comfort on the road. Harder bushings were therefore deliberately omitted. There are probably only a handful of GT3 Touring in the world that have this suspension.

The brakes were also improved. Manthey Racing fitted steel braided lines and the same combination of brake discs and pads used in the Porsche GT3 Cup. This is the so-called Zero Failure line from PFCbrakes.

As a result of the 991-generation Porsche 911 R’s success and the ever louder calls for a wingless GT3, the Stuttgart-based company presented the Porsche 991 GT3 Touring at the 2017 IAA. Strictly speaking, it is not a model in its own right but a Porsche 911 GT3 with a Touring package – at no extra charge, by the way.

Two things were considered as the main goals: the omission of the carbon rear wing and a six-speed manual transmission. With the latter being developed specifically for the Touring. The rear section received the automatically extending rear spoiler with a gurney-flap at its edge. This trick makes it almost indistinguishable from an “ordinary” Carrera S for the layman.

On the one hand, Porsche presented the GT3 Touring as the perfect super sports car for connoisseurs. Incomparable, analog driving with an engine revving up to a 9,000 rpm redline, producing 500 hp mated with a manual transmission. On the other hand, the Touring could also be seen as Porsche’s reaction to the highly speculative market for the 911 R. Unlike the R, however, the Touring was not subject to any limitations. Nevertheless, with a total of 1,087 models sold, it is almost as rare as the 911 R, which was built 991 times. That should make the Touring an even more interesting acquisition. 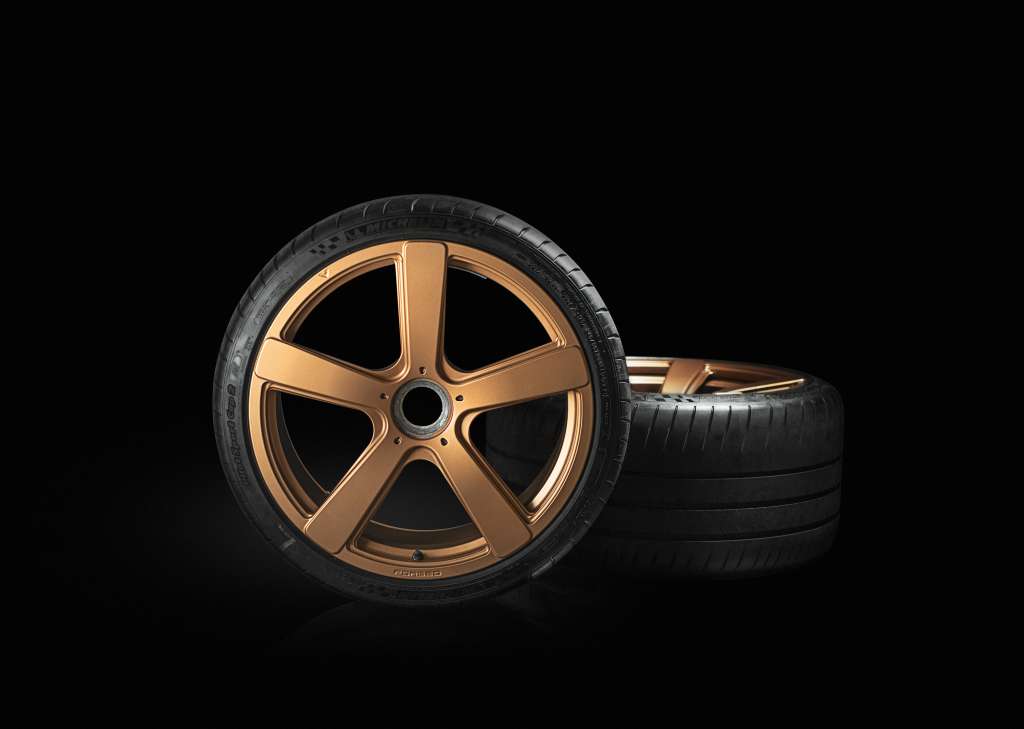 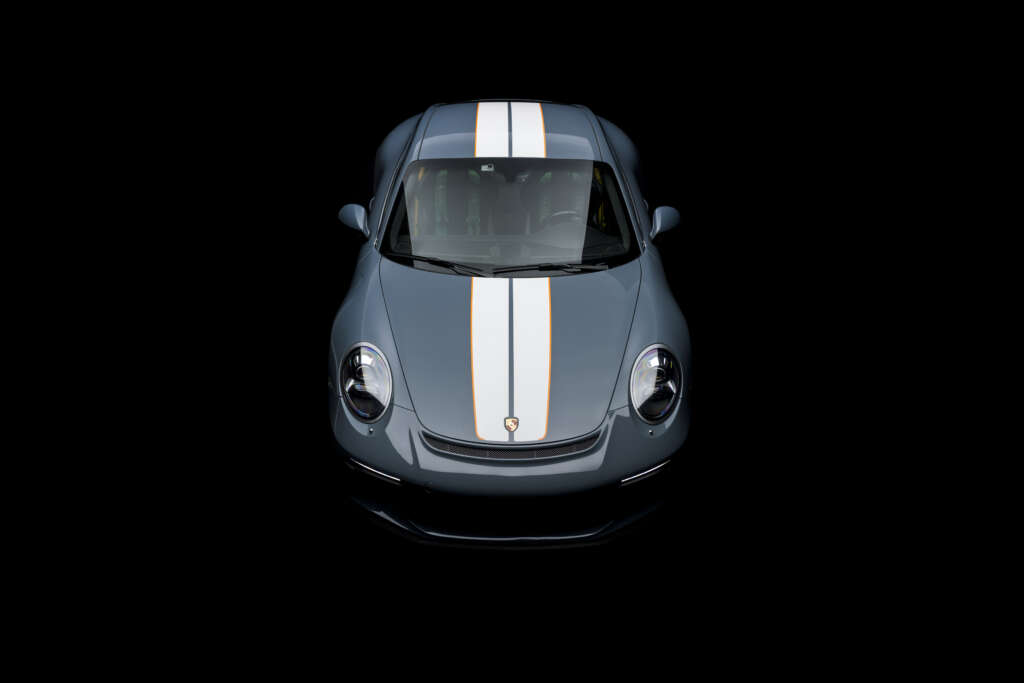 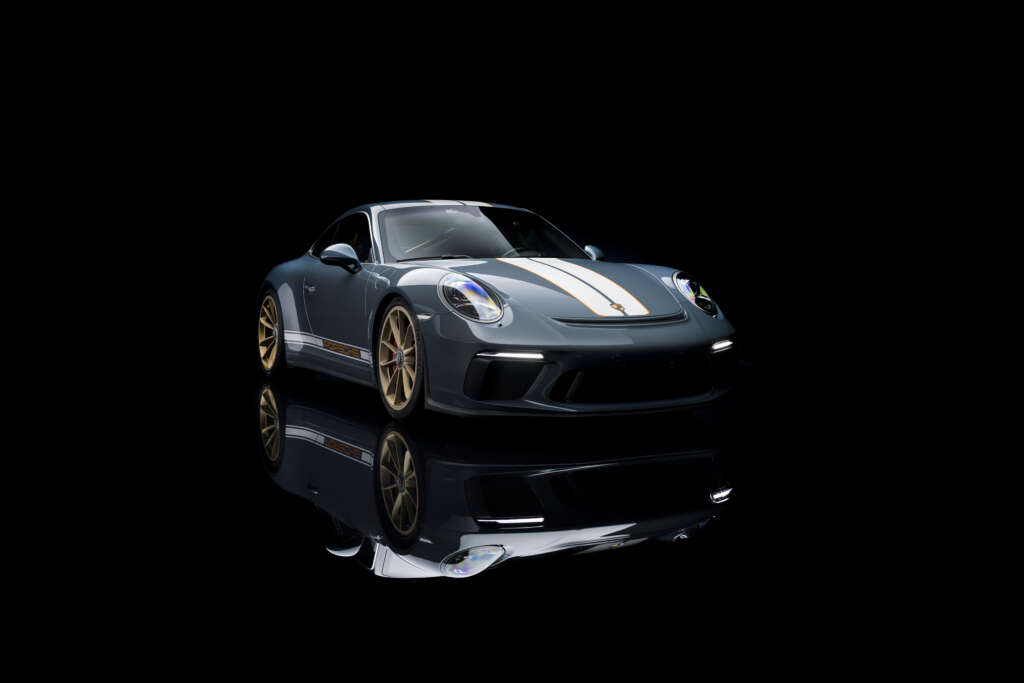 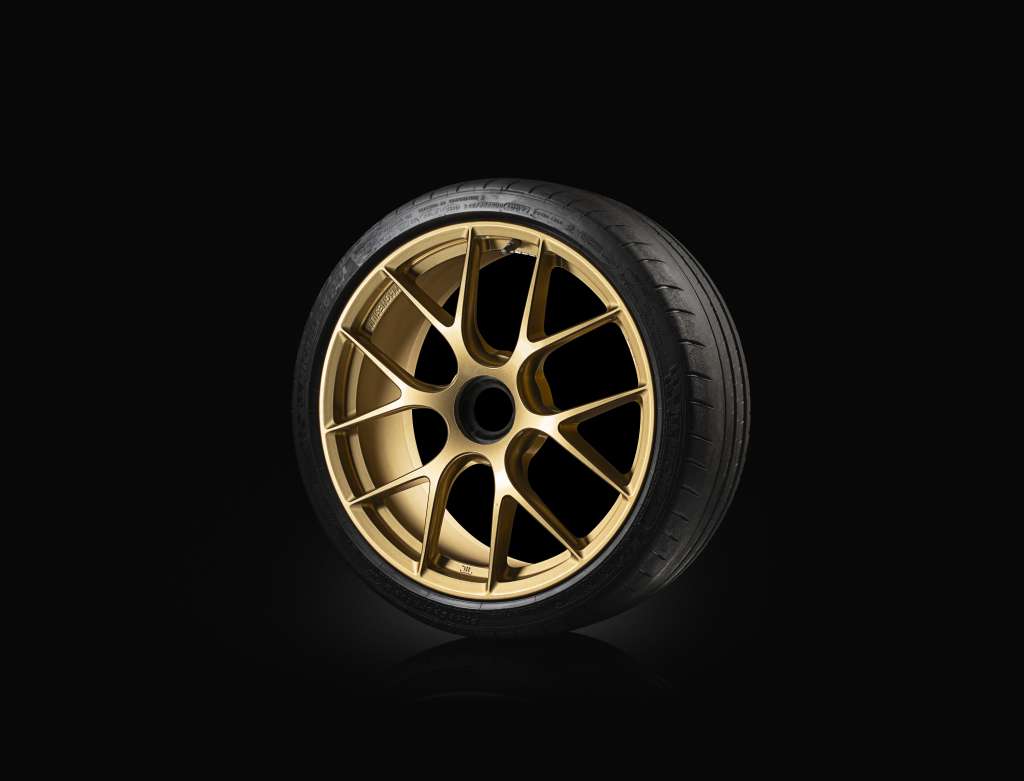 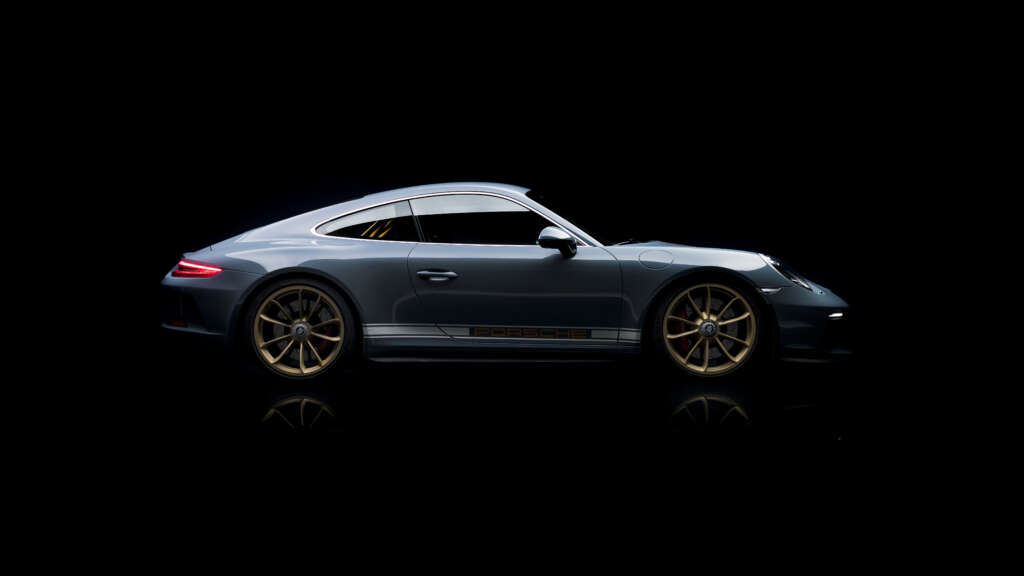 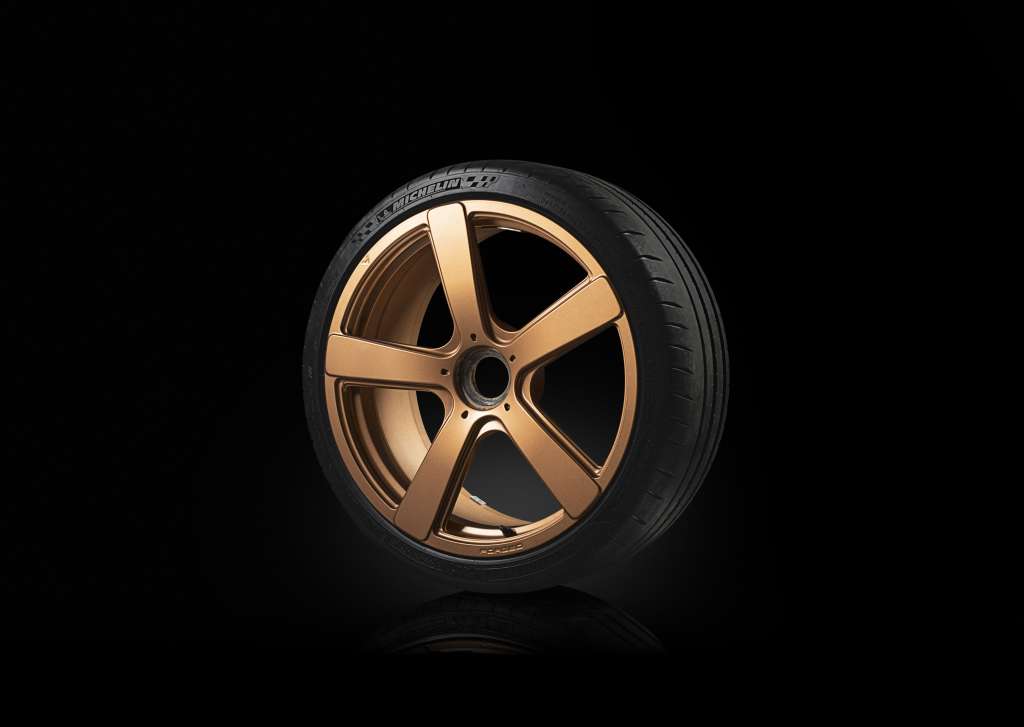 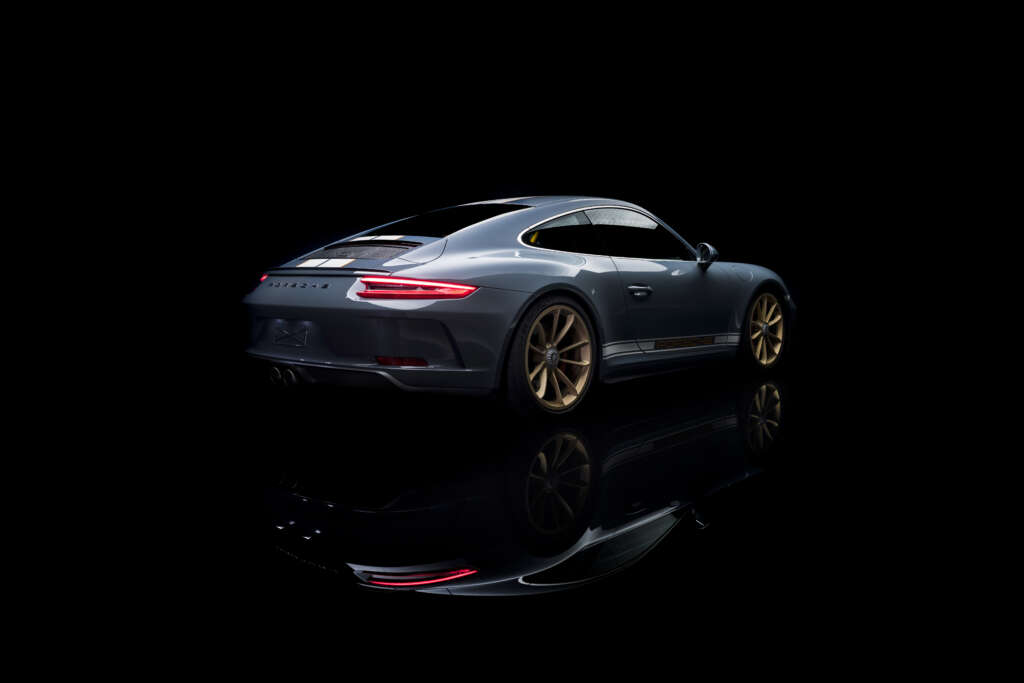 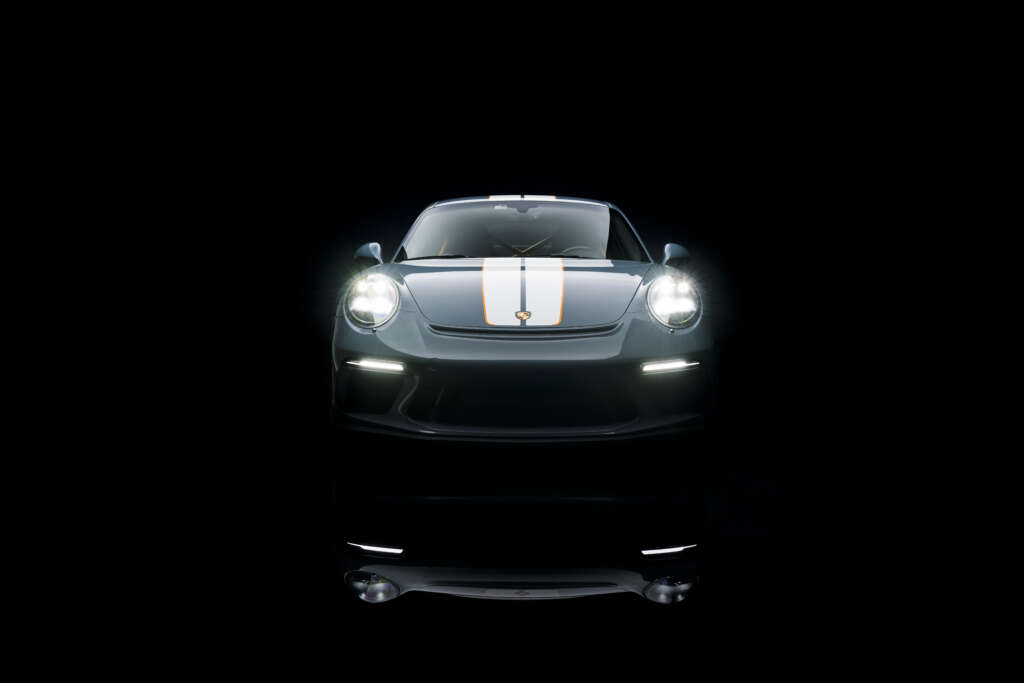 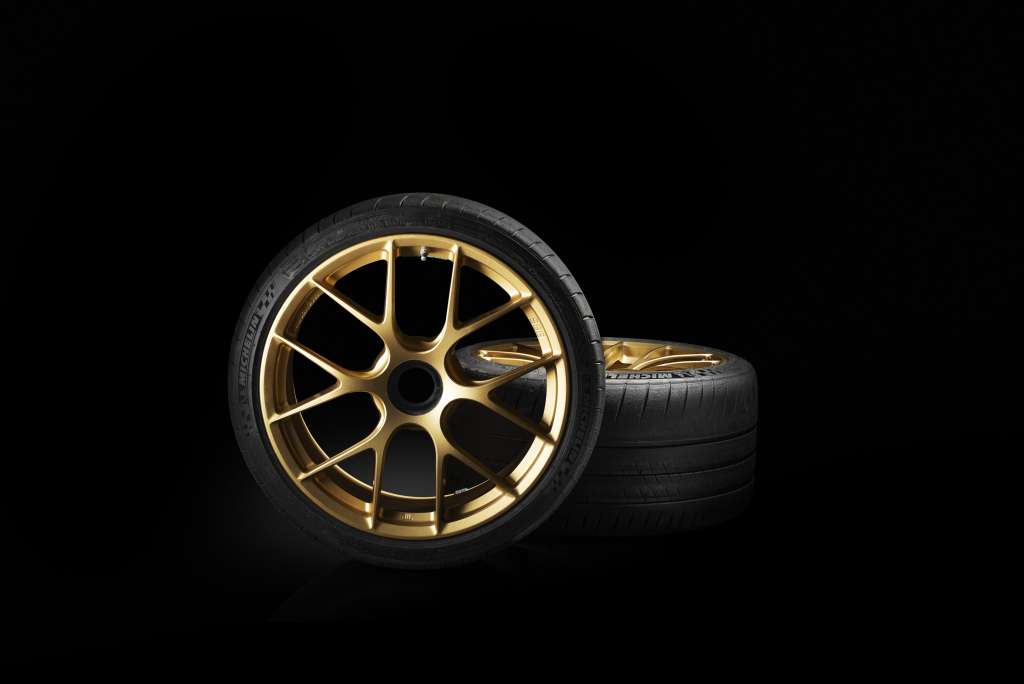 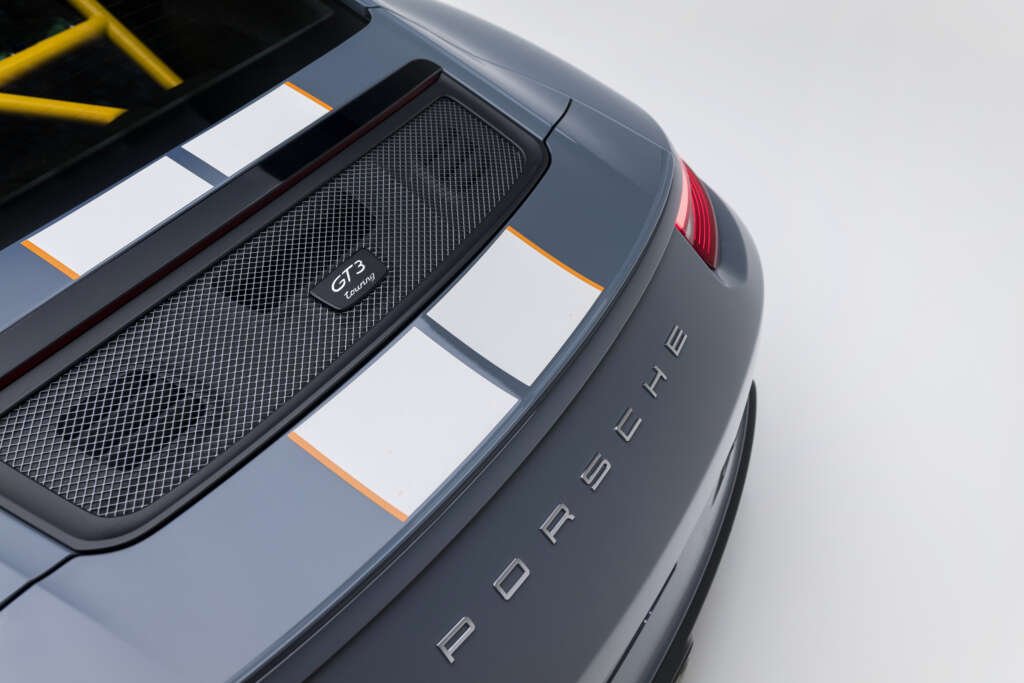 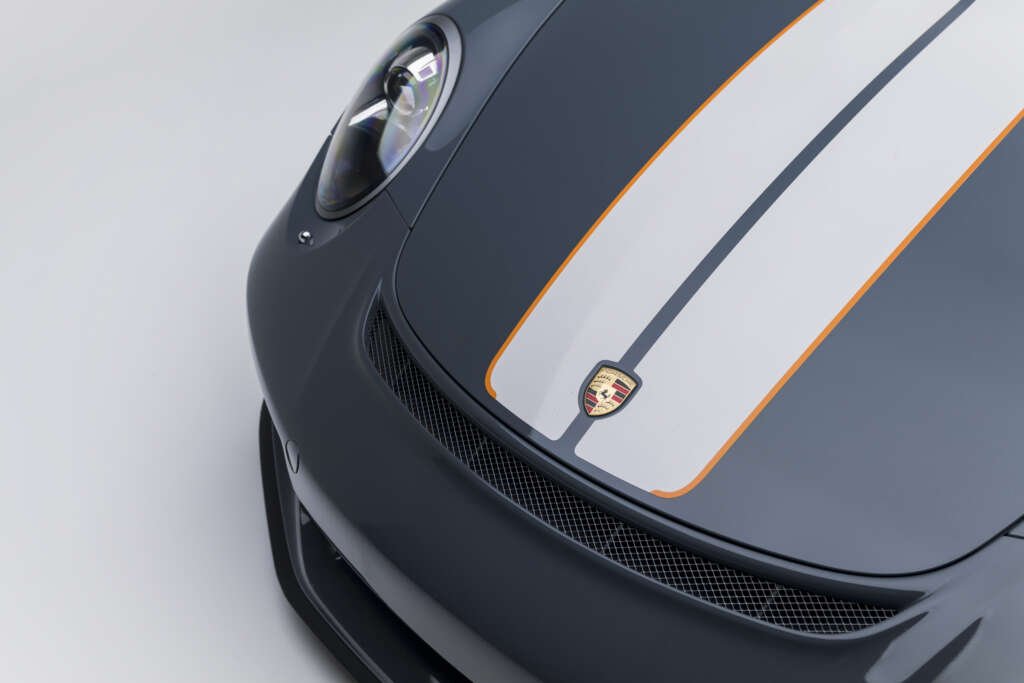