Saturation has made it very easy to be blasé about the Nurburgring, about the claimed lap times and about what it takes to triumphantly get round there. In 2019 so many very quick cars exist, claiming seven minute this and new record that, all with accompanying videos that make it look so easy, that anything lapping in more than eight minutes looks a bit sluggish. When it most certainly is not.

Combine all that with various theories about hooky tyres, sped up footage and the sheer irrelevance of it all, and what was once seen as a staggering technical achievement for a car is now regarded as little more than a willy-waving PR exercise. There are now hundreds of very fortunate people in the world in possession of cars that can lap the Nordschleife in less than seven minutes. Which is bonkers.

It wasn’t always like this. Once upon a time, before YouTube and Gran Turismo, the Nurburgring was a mystical, unfamiliar place; a racetrack of great infamy that precious few knew about. And anything that lapped the track in less than eight minutes was truly a mad machine indeed.

Step forward, then, the Porsche 911 Black Snake. Now, we’re all well aware of the innumerable examples of 911 capable of going very fast around you-know-where – a GT2 RS Manthey is the quickest production car there and even a 992 Carrera S will do 7:25 – but the Black Snake was the original pace setter. 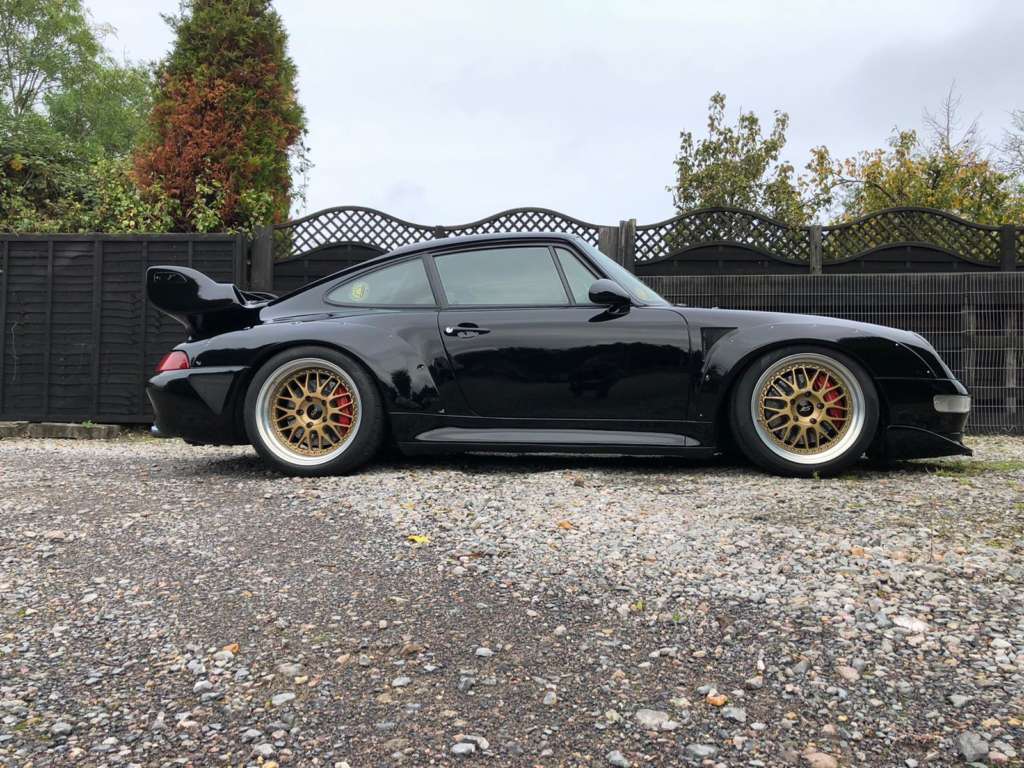 Devised by SHK Motorsport in the 1990s, it took a 993 Carrera RS – already a very focused 911 – and swapped its engine for the twin-turbo flat-six as found in the GT2 Evo. The gearbox and four-wheel drive system were from a Turbo, the outrageous arch extensions pinched off an RSR and all unnecessary weight jettisoned: the windows were Lexan, the interior stripped and the wheels swapped for these gorgeous Cargraphics cross-spokes.

The Black Snake was less than 1,400kg at the kerb – and when you bear in mind that an outgoing 991 Turbo S was officially making 580hp, as well as weighing another 200kg, you get some idea of just how stupendously rapid a Black Snake must’ve been in relative terms at the time of the record attempt.

In 1998, with sportauto legend Horst von Sauma at the wheel, the Black Snake lapped the Nurburgring in 7min 46sec. Says a lot of what we’ve come to expect now that it doesn’t sound all that fast, but bear in mind this was with the tyre, suspension and brake technology of the mid-1990s; a set of stickier tyres – like the new unused Pirelli Trofeo Rs it now has, in fact – and more modern brakes would surely make the Black Snake quicker still

The base Porsche 993 Carrera RS was a lightweight variant of the Carrera that was produced between 1995 and 1996. It was stripped of anything that was deemed unnecessary including soundproofing and rear seats, shaving 100kg off the standard Carrera weight. The RS featured a naturally aspirated 3.8 litre air cooled flat-six engine which produced 300bhp and powered the car from 0-60mph in 5 seconds flat through a 6-speed manual transmission.

The 993 iteration of the 911 is seen as the last ‘true’ 911 by many Porsche enthusiasts as it was the last of the air-cooled Porsches, with the 996 generation that followed featuring a new water-cooled engine. In addition to the RS model, Porsche produced a GT2 and a GT2 Evo variant of the 993 911 which introduced turbochargers to the flat-six engine and saw power increase to as much as 600bhp in the ‘Evo’ version designed for the GT1 race series.

The car represents a significant piece of Porsche history codenamed ‘The Black Snake’. The car was born in 1995 as a Black Carrera RS but was transformed in 1998 by SHK Motorsport in Germany to a one-off customised GT2 version with the sole aim of setting a new lap record on the famous Nurburgring Circuit. The car utilised a 4-wheel drive system and transmission borrowed from the 993 turbo, fully adjustable Bilstein suspension, 18 inch Cargraphic wheels, and an uprated 650bhp twin-turbo GT2 Evo engine. The car was then lightened further by using carbon fibre RSR arch flares, front and rear bumpers and bonnet, a GT2 rear wing, Lexan windows, and a fully stripped interior and roll cage. These modifications were all original Porsche motorsport parts and meant the car now weighed under 1400kg wet and would push on to over 210mph!

The car was piloted by Horst von Saurma in 1998 and recorded an incredible time of 7 minutes 46 seconds, setting a new road-car record for the Nurburgring and establishing the legendary status of the Black Snake.

Since this record breaking run, the car has been fitted with a new 530bhp engine, was built by SHK for a very wealthy owner of a German company that supplied components to the motor industry, SHK are the go to company for Porsche RACE engines and was specifically built for fast road and track use whilst maintaining good manners, this unit produces a wall or torque which can be used and enjoyed.

The car maintains an extensive history and service file and has featured in several magazines of which are also included in the file. This car a great opportunity to obtain a momentous piece of Porsche history and would be a fantastic addition to any Porsche collection or make an excellent track focused road car.

The car is located in Scotland with easy international flight connections.