Presented at the end of 1994, shortly after the launch of the Carrera RS, the 993 GT2 confirms Porsche’s commitment to the Grand Touring category. Derived from the 993 Turbo, the 993 GT2 was only developed for competition homologation purposes, particularly in the GT2 category, for which it will retain its nickname, its official name in the Porsche range being only “GT”. Capable of breathtaking performances, the 993 GT2 is a true racing car. Its exterior appearance is reminiscent of its sporting destination with its rear wing, whose upper blade is adjustable, or its specific aerodynamic spoiler with its moustaches that channel the air, providing additional support for the front end.

But the most spectacular thing is without a doubt the wheel arches extensions that increase its hips. In addition to the shape, the function of these extensions is above all to allow the mounting of the new 18-inch diameter Speedline wheels.
It is considered that the sporting potential of the Porsche 911 reaches its peak with the GT2 and GT2 Evo cars, designed for customer competition in the purest Porsche tradition.

Due to its success in various GT championship a later version is also developed for the Le Mans GT1 class: the 911 GT2 Evo. Weighing only 1100 kilos. The power of the Flat 6 3.6L biturbo climbs to 600 bhp at 7000 rpm with the KKK K27 turbos (40.4 mm flange) and propels the GT2 into another dimension with its power-to-weight ratio of 1.8 kg/bhp. The regulations also allow a wider tire fitment, resulting in a slight widening of the rear wings.

The car we are offering today was ordered new at the Porsche factory in 1997 by the Estoril Racing team.
It ran the Le Mans 24h in the GT2 class in 1998 and 1999, under Estoril Racing name.

Faithfull to its initial purpose of being a racing Porsche dedicated to gentlemen drivers, it was driven by father and son Manuel and Michel Monteiro. In 1998, with Michel Maisonneuve as third pilot, after running fourth in its category during the majority of the race, the car had to retire after twenty-three hours when the engine blew up. In the following year, again with Michel Maisonneuve, it was eliminated in an accident after twelve hours.

Further to two Le Mans outings, this car has been raced in various FIA events from 1997 until 2002 where it appeared, technically unchanged, in Monza FIA GT race and in the Spanish GT round in Estoril. After that period, the Monteiro family car was eventually sold to a French enthusiast who resprayed the car to its 1998 livery and used it regularly for trackdays and demonstrations. He finally sold the car to the current owner.

From then the car has been prepared with the strong intention of being competitive and raced hard again in the growing Global Endurance Series. A huge amount of work and invoices proves that nothing was overlooked during the preparation of our car. Complete engine rebuild, wheels, shock absorbers, safety… everything is fresh for the 2020 racing season.It is obvious that it would be a very good addition to the field of cars already entered in Le Mans Classic. 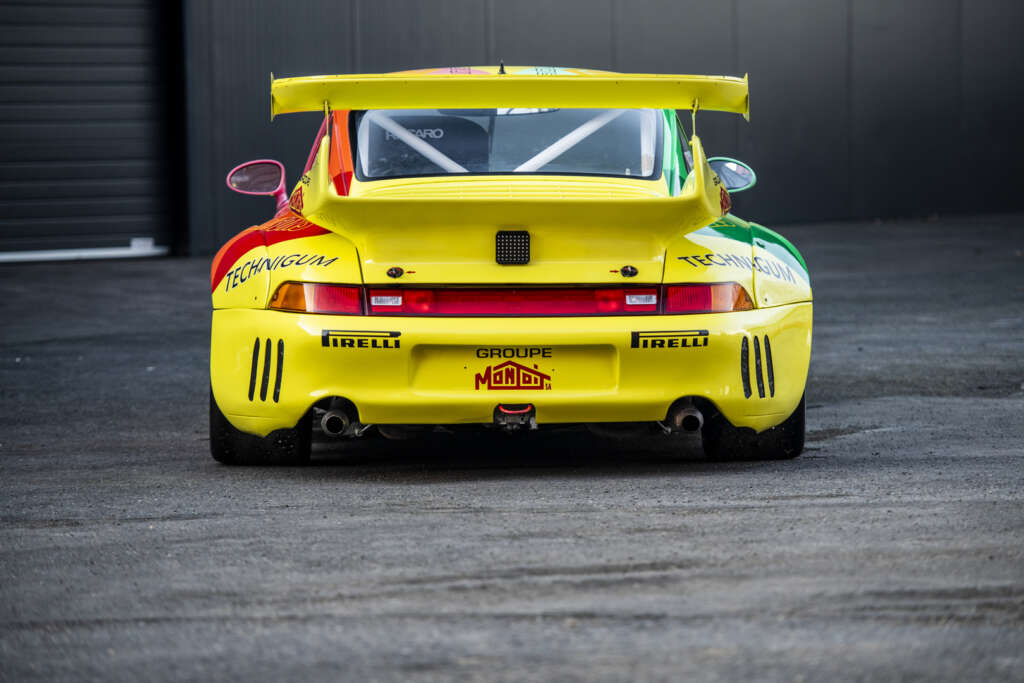