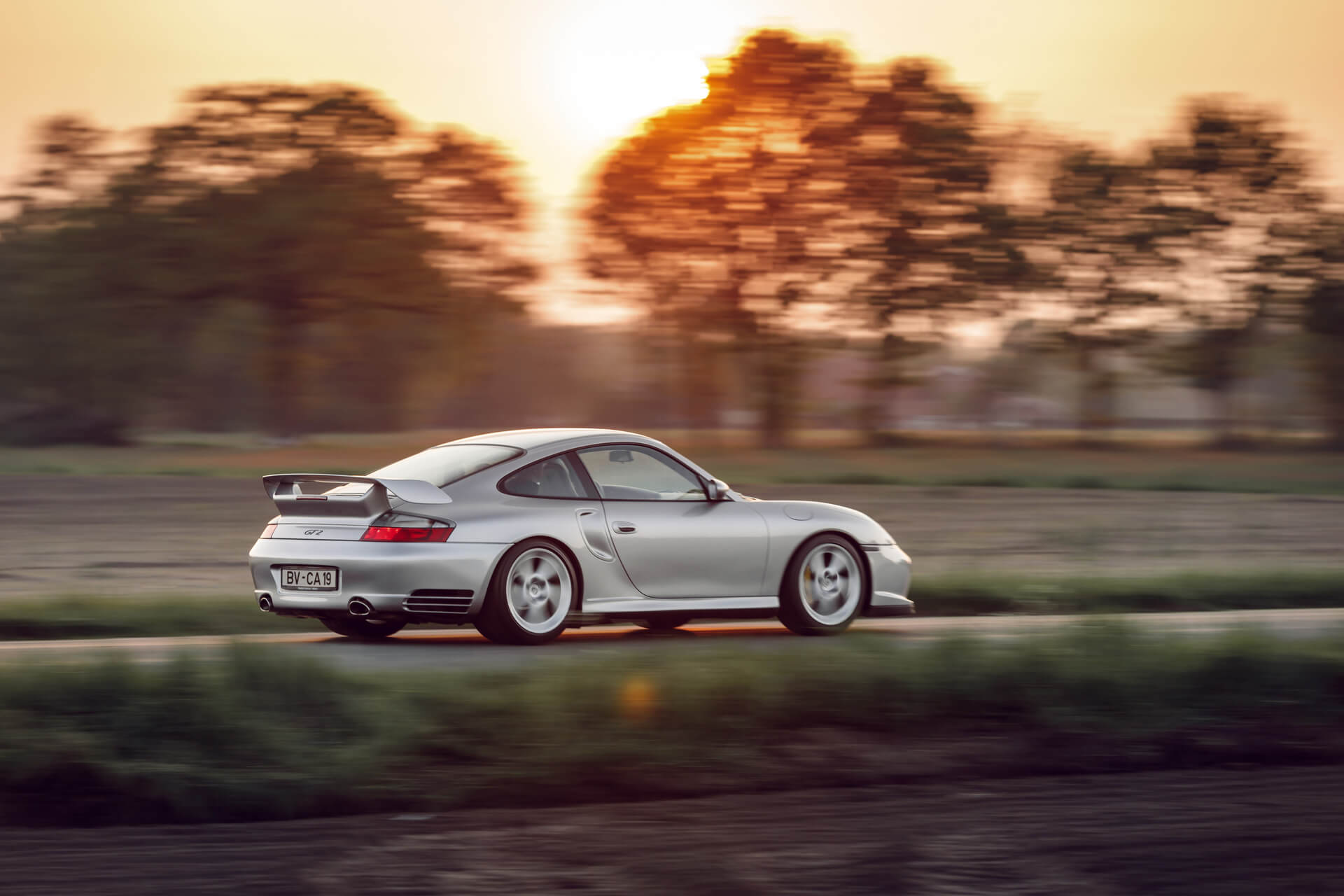 In 1997, Porsche presented the new 996 series of their iconic 911 lineage. This was the first fundamental redevelopment of the 911 since its introduction in 1964, which carried the 911 forward to a modern level of technology. The top model of this series, the GT2, was then first presented in 2001.

Compared with its predecessor, the 993 GT2, the 996 GT2 was not a thoroughbred race car built for homologation purposes. Instead, it had been explicitly developed to be an extremely powerful road car from the offset. Some features of the GT2 that distinguish it from the 996 turbo it was based on include: rear wheel drive, different front spoiler and larger rear spoiler, wider wings/fenders, no rear seats, and carbon-ceramics-brakes. The chassis of the 996 GT2 shares many attributes with motorsport. Unlike its more docile siblings, the GT2’s chassis is not mounted in rubber, but instead sits on uniball-joints. This makes the chassis more rigid and the steering more precise. In addition to this, the chassis can be adjusted in track and camber.

As for the engine, different from the standard 996-motors, the GT2 is turbo-charged. The GT2 was ranked higher than the naturally aspirated GT3, with nearly 100 PS more. Compared with the 996 turbo, up until 2001 the most powerful 996, the GT2 had around 10 per cent more power, making for a total of 462 PS (338 kW). The turbo came as an all-wheel drive car, however, the GT2 was delivered with a rear wheel drivetrain.

This example of the GT2 was first registered on 1st of August 2001 in Vicenza, Italy. It has 3 owners from new and now resides in Germany, after importation by the 3rd owner. It was recently inspected by Jochen Bader who was the manager of the factory’s own Porsche Classic Workshop and as such responsible for the factory restorations. He is one of the most experienced and knowledgeable specialists in the appraisal of Porsche cars and travels worldwide for Porsche collectors to evaluate the condition and the originality of special examples of the Stuttgart-based brand.

September 2003 at 5,800 km by Porsche Carrera Service in Vicenza

April 2014 at 11,278 km by Porsche ATC Sportwagenservice in Duisburg

March 2016 at 12,346 km by Porsche ATC Sportwagenservice in Duisburg

August 2018 at 12,860 km by Porsche ATC Sportwagenservice in Duisburg 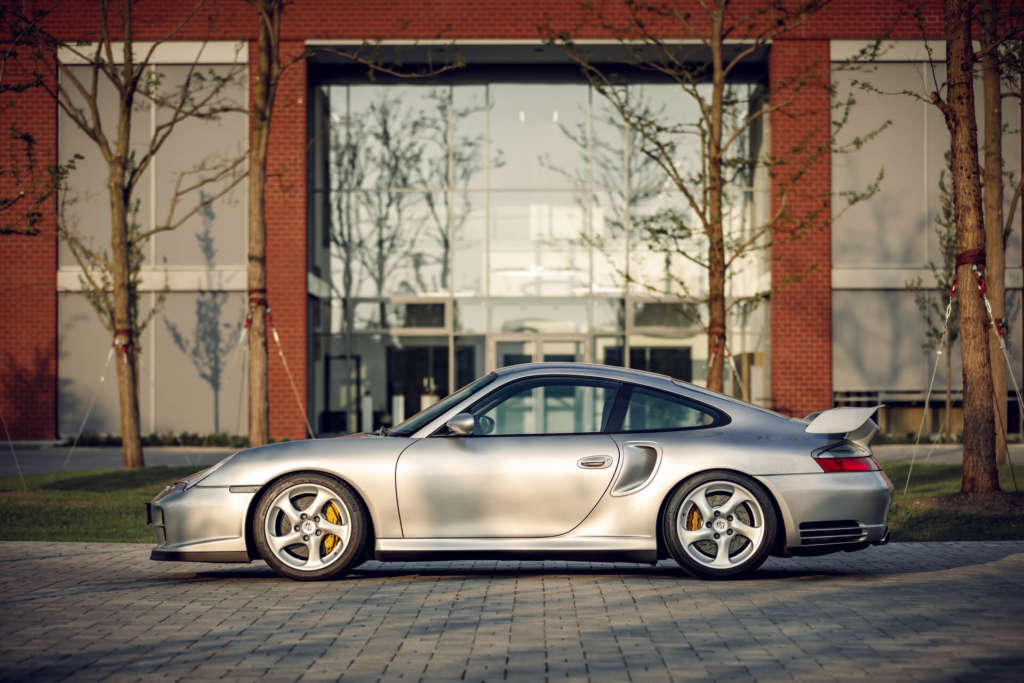 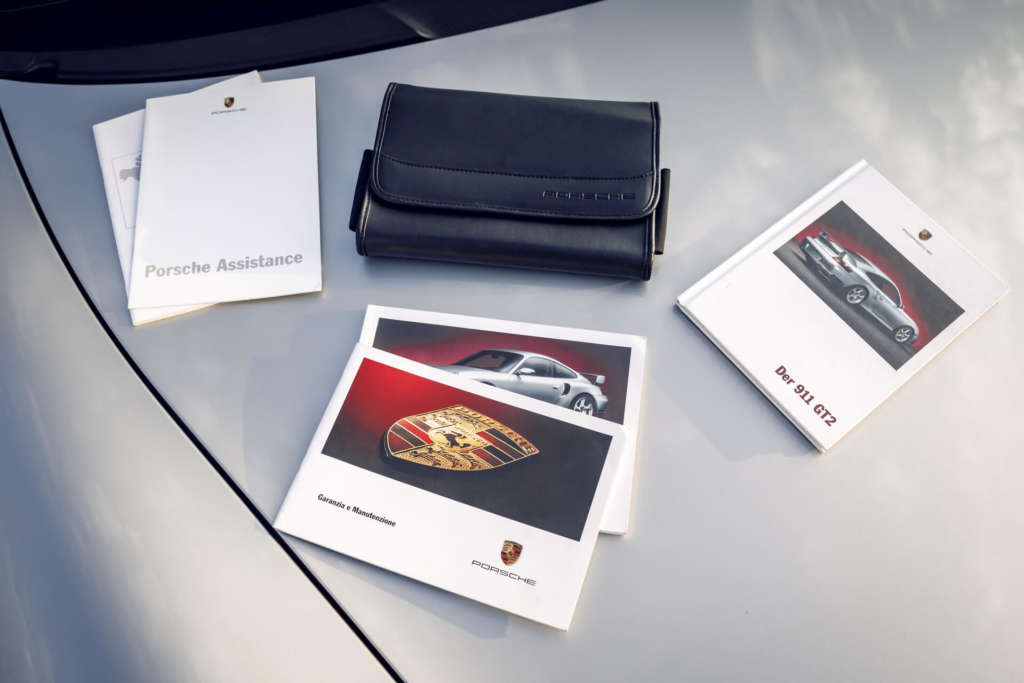 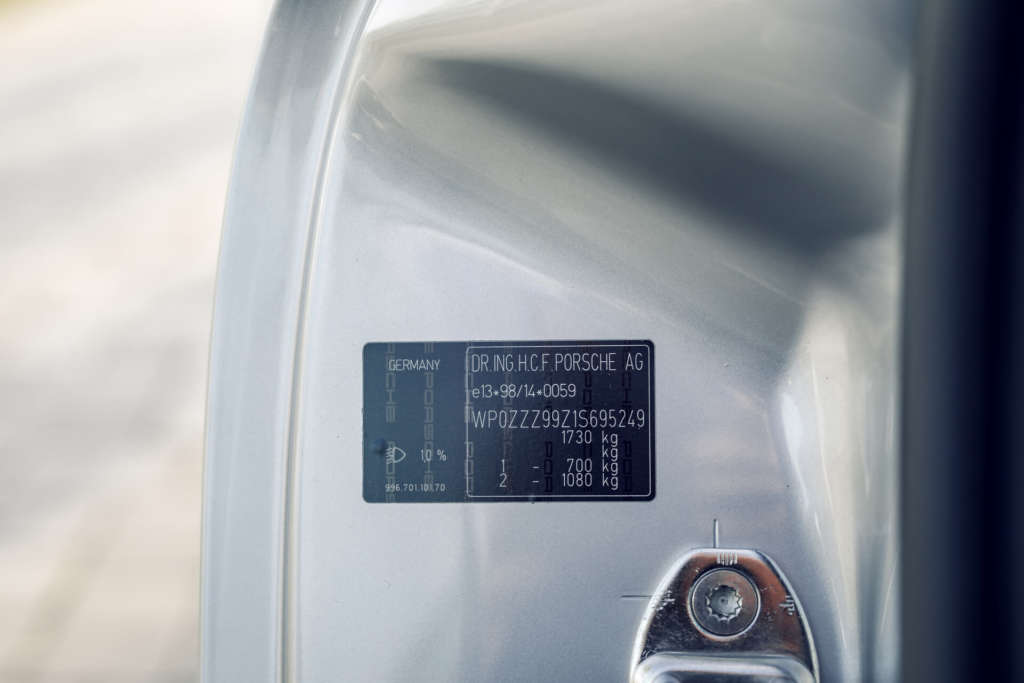 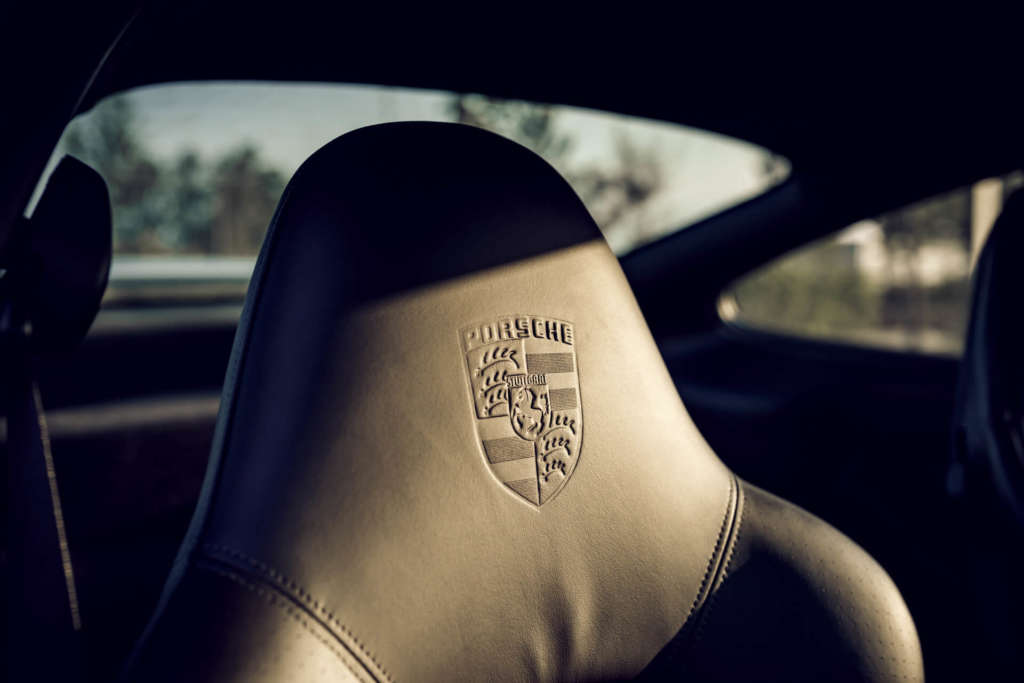 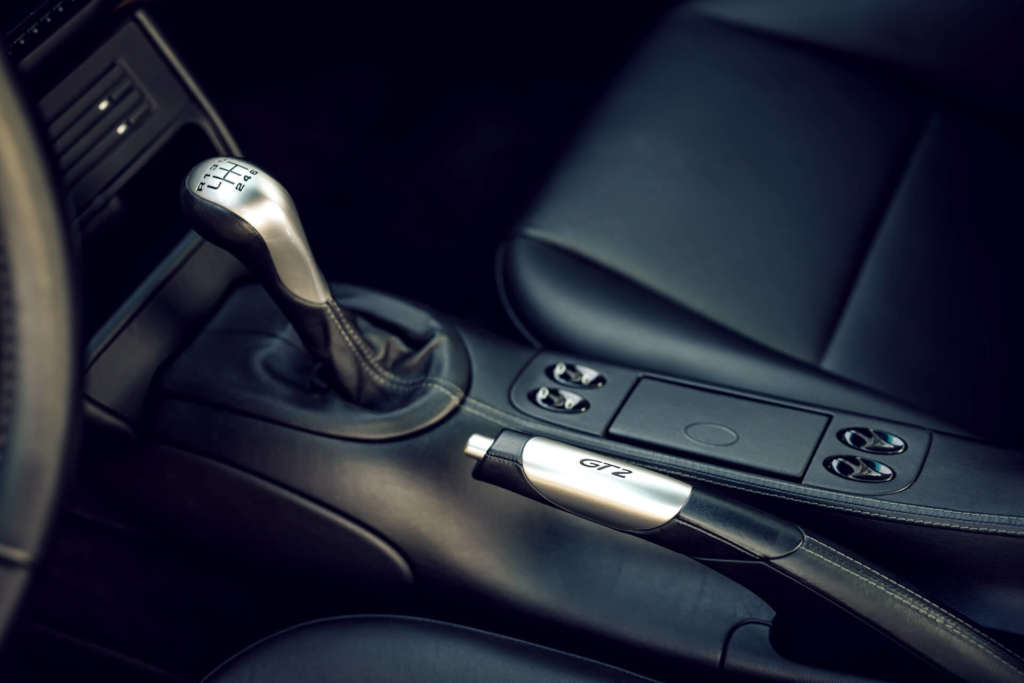