Whereas the N-GT Porsche 996 GT3-RS is an original Porsche product, the water-cooled 996 Biturbo has never received any official race developments. Despite not being supported by the factory, this car has been seen in different national and international GT championships throughout Europe.

Several teams tried to run this powerful car but few succeeded: running against cars developed for the GT class, such as the Viper, Ferrari 550 and Lister, certainly remains a very demanding challenge. The most successful preparation and development work on this car has certainly originated at PSI in Belgium. The PSI Porsches were seen in national championships in Belgium, France, Spain and the Michelin Porsche Open UK. During the 2001 and 2002 season, the team also ran in the FIA GT championship. 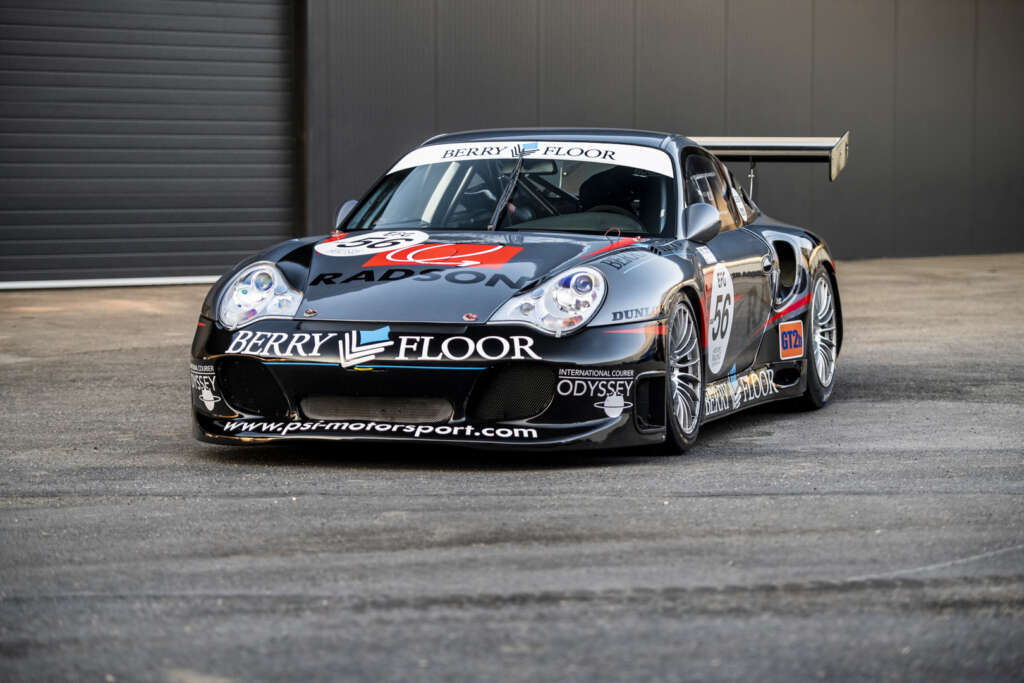 Christian Schumacher founded PSI in 1994. In the beginning it was orientated towards GT and Touring races and prepared Porsche, Honda, BMW etc…But one make quickly had his preference: Porsche.

A total of nine Racing Porsche GT2-Rs have been built for racing by PSI in period.

The #1 car was built in 2001. Chassis #2 car was seen in FIA GT races and won the Belcar Racing  Other cars were involved in the Spanish championship, FIA GT, Belcar, The Porsche Michelin Cup and have seen some serious drivers at their wheels such as Markus Palttala, Leo Van Sande, Fred Bouvy … 996 GT2- R were notably entered in some major endurance races: Spa, Nürburgring…

Technical data
Building nine cars in three years has generated a lot of experience with these turbo machines. PSI has taken the task very seriously and started the GT2-R project from a 996 dismantled in bits.

The heart of every racer is the engine. To beat the big engines in GT, PSI really pushed the water-cooled engine towards its limits. Here are some of its specifications:
– Six cylinder water cooled 3.600 ccm3 bi-turbo engine
– Basic compression ratio: 8.5: 1
– 575 hp at 5.500 rpm, with 33.3 mm restrictors
– 720 Nm torque at 4.400 rpm with 33.3 mm restrictors
– 700 bhp at 5.750 rpm without restrictors
– 820 Nm torque at 4.600 rpm without restrictors.
Of course, power is one thing, getting the power on the track another. Like all the other 996 Porsches, the 996 GT-2 R is rear wheel drive, and with the engine at the back, traction isn’t a problem. The customer could either opt for a classic PORSCHE G-96 six speed H-gearbox or for a Ricardo sequential 6-speed gearbox.
The body of the PSI Porsche was based on the original factory 996 Bi-Turbo. The roll cage is welded-in over multiple points. Several parts are made out of carbon, such as the front, the front fenders, the front and rear hood, the doors, the tail and the diffuser. The car is also aerodynamically optimized.
Markus Palttala, official driver for PSI, found that this machine was really challenging to drive at the limits:
“It requires real race skills because of the powerful turbo engine at the rear. That leads to weight balance typical for any Porsche, only with greater power. Also the nature of 3.6L biturbo, comparing to 7 or 8-liter atmospheric engines with similar power, is raising the challenge. But when taken to its limits, this car is really fast, and I like the challenge it gives.”
Road Car
Not only does PSI developed a tremendous racing machine, but also decided to offer a road legal version of the GT2-R: the Porsche 996 Biturbo RTS. This road car was offering over 620 bhp and more than 800 Nm torque at 7400 rpm. The latest version of the car, RTS 4, even pulverizes these figures and produced over 740 bhp.
Our car:
Produced at the end of 2001 on the basis of a 996 Turbo shell, our 996GT2-R PSI001 was the first car entered in the PSI team. It will participate in the FIA GT championship in 2002 and more particularly in the rounds of Silvertsone, Jarama, Anderstop, Oschersleben and Donington. The car entered some Belcar races and especially the Spa 24h in August 2002 with Kurt Mollekens (B)/Markus Palttala (FIN)/Eric Geboers (B) at the wheel. 10th on the starting grid, PSI had great ambitions, unfortunately it will not finish because of electrical problems. It will return to Belcar at Zolder with the same livery it has today : RADSON/BERRY FLOOR, still with Palttala at the wheel.
The car was then sold to Noury Competition for the FFSA GT season in 2004 for Jean-Claude Police (F) and Laurent Cazenave (F). A few years later, the Almeras brothers were entrusted with the maintenance of the car for the owner.
Bought 2 years ago and meticulously maintained by the personal workshop of the current owner, this rare 996 GT2-R bi-turbo is a superb weapon for the Endurance Racing Legend championship of Peter Auto and more particularly a clever entry for the opening race of the Le Mans 24h 2021 in August… Crack tests and security being up to date the cracks the only thing you have to do is to… start your engine! 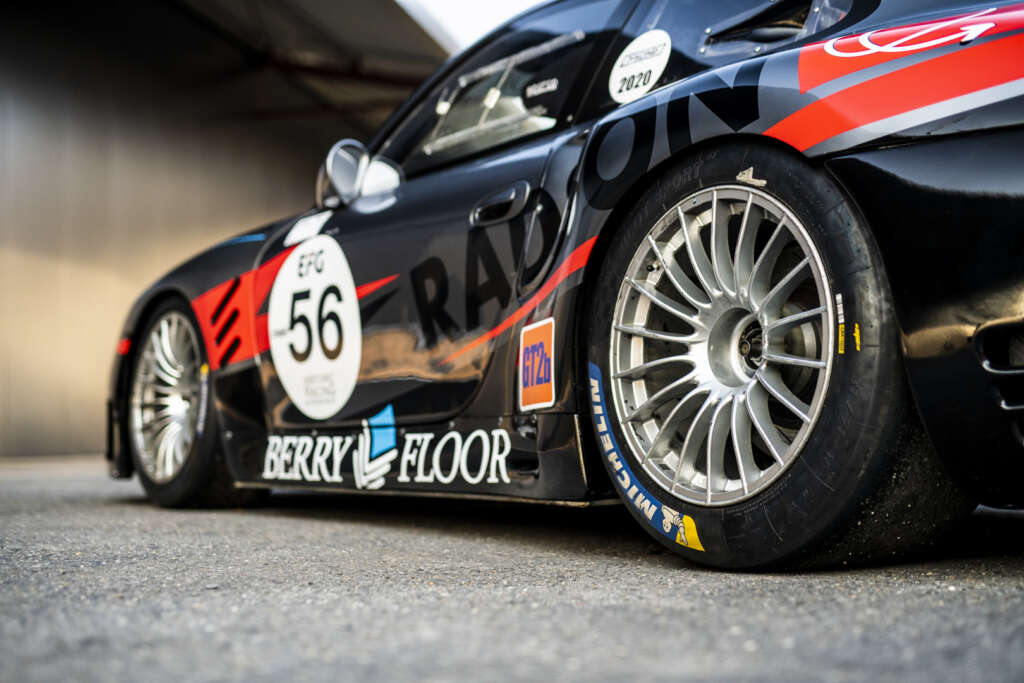 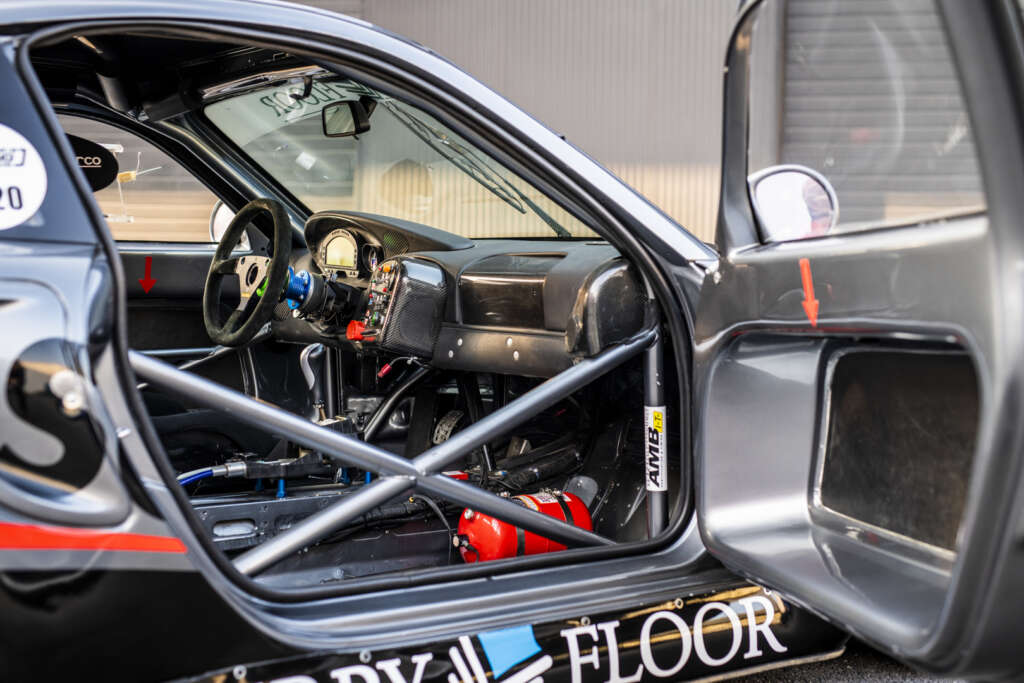 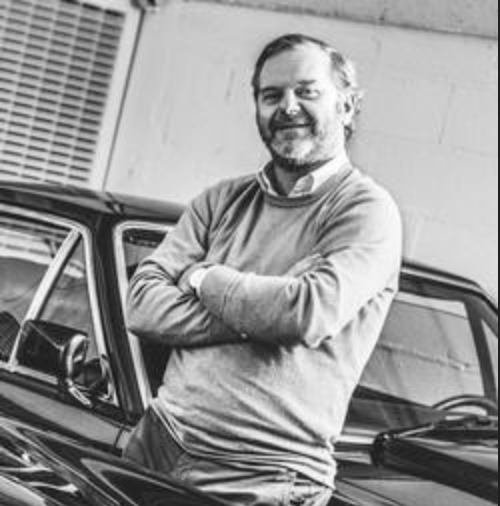