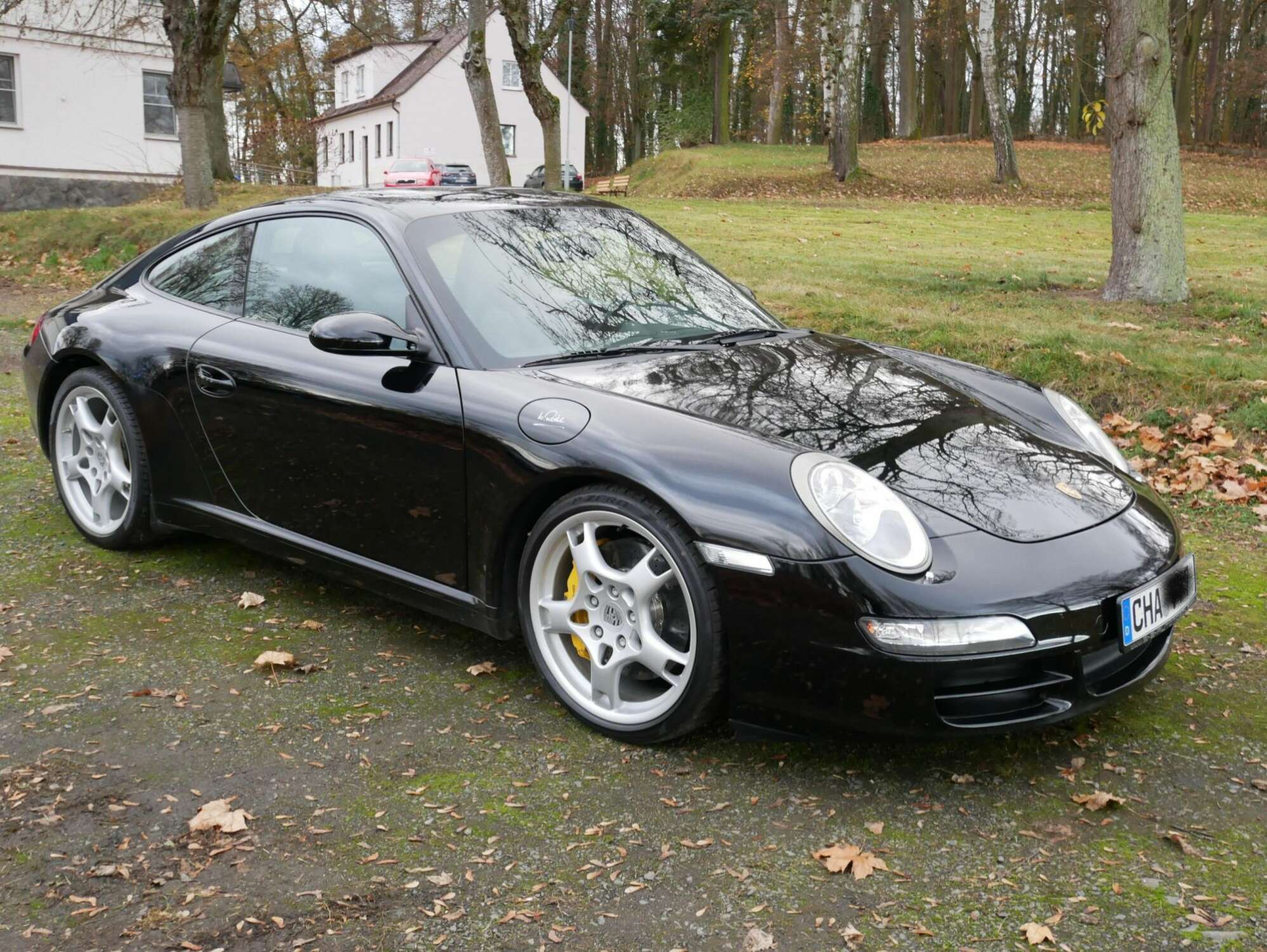 Other features: possibility of assisting with registration, transport, storage and Trusted Checkout payment The 997 was an evolution of the preceding 996, with the most significant changes being interior and exterior styling, the most notable being the replacement of the “fried egg” headlamps used on the 996 with the classic “bug eye” units. Larger 18-inch wheels were fitted as standard, and other engineering changes include slightly increased power; however, the car is technically very similar to its predecessor. A new S version was offered, with additional power from a slightly larger engine, sports suspension, and sports exhaust.

The 997 received mostly positive reviews from the worldwide motoring press; even British motoring journalist Jeremy Clarkson, a known detractor of Porsche cars, noted that the 997 will “make love to your fingertips and stir your soul.”

For the first time, development of the cabriolet version of the 997 led the design and engineering effort at Porsche with the coupé following. Porsche applied the logic that if you started with the more difficult cabriolet challenges (for chassis stiffness) the coupe version would simply be more rigid. Despite additional weight, the cabriolet versions attain nearly the same performance figures as their coupé counterparts. Even the rear tail comes up slightly higher on the cabriolets to compensate for differences in drag over the canvas top vs. the smoother coupé shape.

Following the success of the earlier 996 Carrera S Porsche introduced the Carrera S in 2006 which had power output increased by 29 PS (21 kW; 29 bhp) as compared to the base Carrera with the following additional features: increased displacement of the engine (3.8 L vs 3.6 L) with increased power, lowered suspension with PASM (Porsche Active Suspension Management, i.e. dynamically adjustable dampers), 19-inch wheels, upgraded braking system from the 911 turbo, sports exhaust, Bi-Xenon headlights and aluminium trim in the interior.

The car has an autograph of Walter Röhl with documentation. Registered on seasonal license plates in Germany.

The car has covered about 500 km since last technical inspection. The car has a spray-painted front bumper. At the handover, an oil service will be done.