In 1997 Porsche launched a new sports car named the Boxster powered by mid – engine 2.5 flat six engine and clear family styling details of its bigger 911 brother. At a stroke, Porsche had produced a benchmark sportscar by which others including some their own would be judged. The press praised the car for its fantastic handling, design similarity to the new 911, surprising practicality and price. The only real criticism, was most felt it could handle a bit more power and this was addressed for the 2000 model year with a revised 2.7 litre engine and new performance variant, the Boxster S. Today it’s hard to believe that the first 986 variants have passed their 20th birthday and are just on the cusp of becoming a modern classic, still offering an inspiring driving experience, with a refreshing simplicity that has long left the modern car.

Scour the classifieds and initially, they seem incredibly cheap too, however the term caveat emptor “let the buyer beware.” certainly applies, as these cheaper cars have almost certainly been maintained on a budget and the Boxster is still a genuine Porsche when it comes to its upkeep and maintenance.

We have recently purchased this quite remarkable example which has been annually maintained by a Porsche main agent since new and with just three former keepers, two of them long term and 37,000 miles from new. The last owner was a Porsche Club member who never used it in the rain and unlike most, because it has always been maintained correctly regardless of cost, it presents as well underneath as it does inside and out.

Supplied new by Rivervale Porsche on 20.05.2000, in special order rainforest green metallic with full black leather interior, it is supplied with a Porsche certificate of authenticity to confirm its factory specification together with a fully stamped service book showing main dealer services for every one of its 20 years and every service invoice / MOT from new.

In 2014 it received a new mohair roof with glass rear window, 18” genuine Carrera alloys and facelift light upgrade with all new parts.

This Boxster belies its 20 years by feeling, looking and driving more it may have done when it was just 2 years old and we feel a genuine time warp that will not only be a joy to own but a sound investment too. 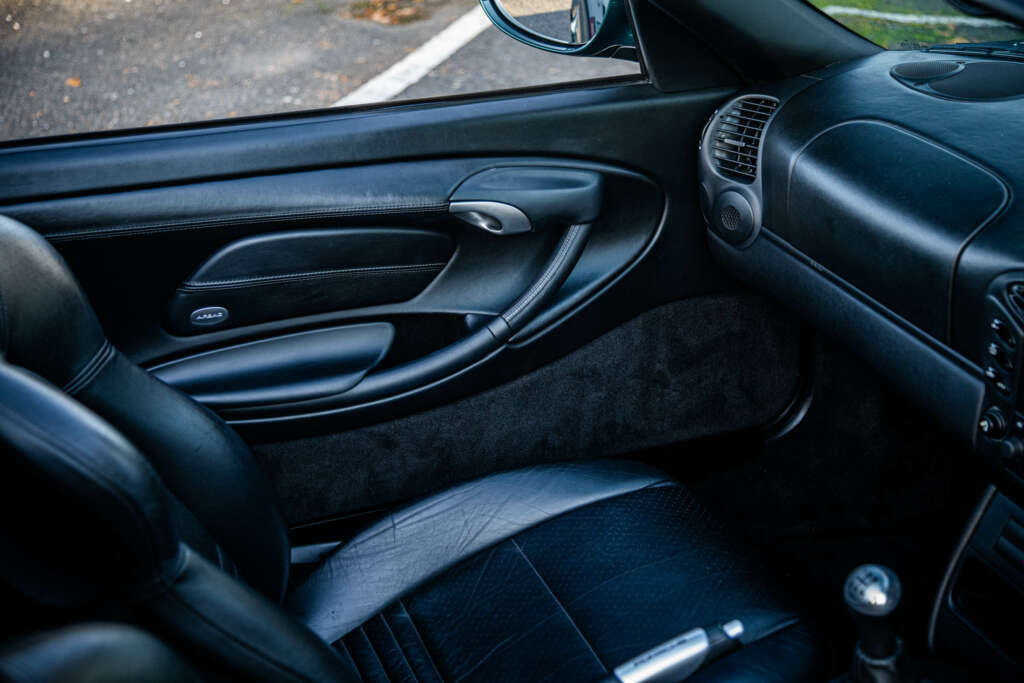