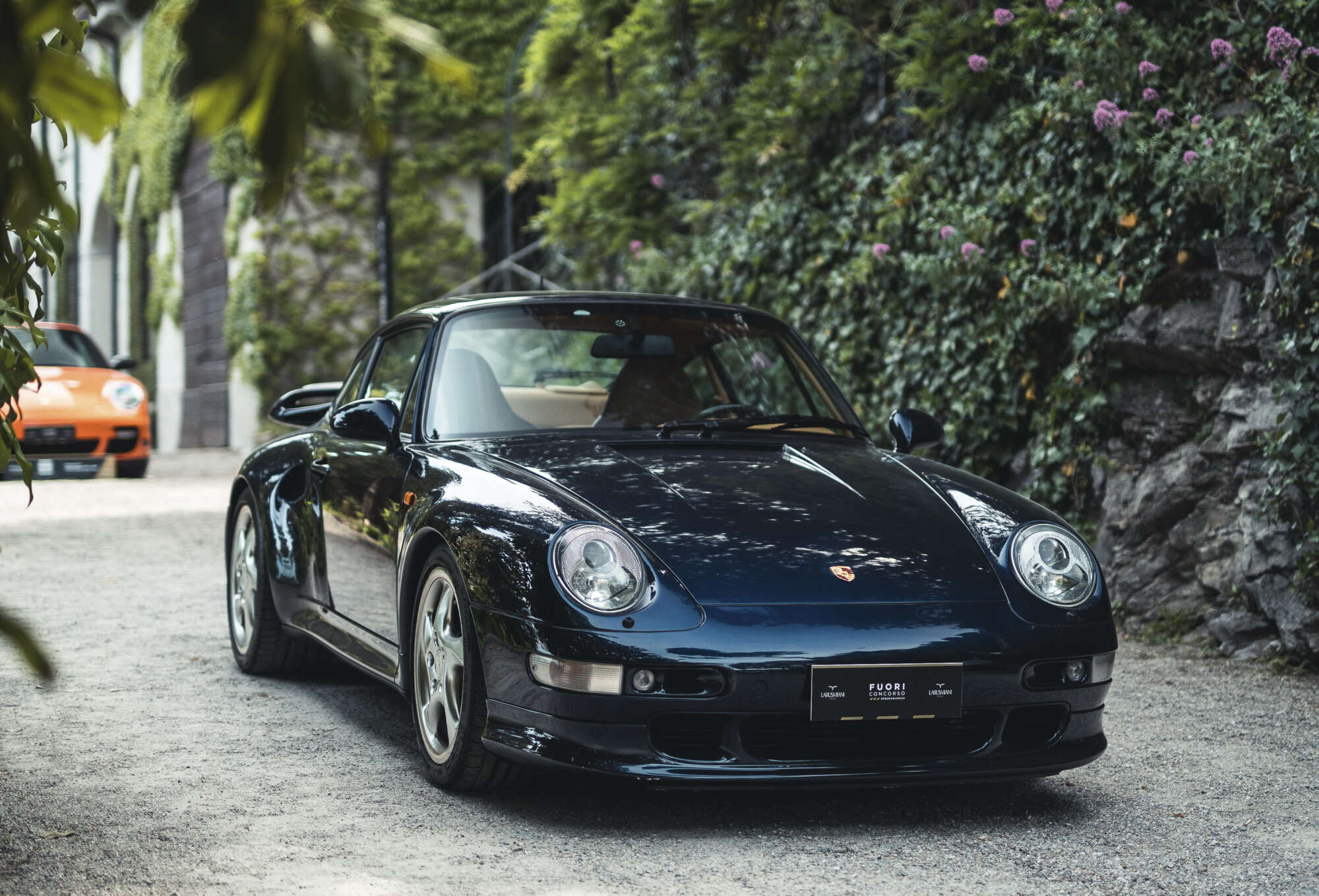 Since 2019, Lake Como hosts the Fuori Concorso. The car week was created by the fashion company Laurusmiani in close cooperation with the Turin Automobile Museum. In 2022, the event was held under a very special star. Larusmiani CEO and Fuori Concorso organizer Guglielmo Miani, with the support of Porsche AG, initiated an unparalleled exhibition on the theme of Porsche Sonderwunsch.

Lago di Como is the third largest lake in Italy in terms of surface area. Its 170 kilometers of coastline, however, is unmatched. Located in Lombardy, near the Swiss border, it offers a breathtakingly beautiful setting for exclusive vehicles with its prestigious villas. According to Miani, Lake Como is “the perfect place to showcase the best vehicles ever built.” In addition to the Concorso d’Eleganza Villa d’Este, the Lario now hosts the Fuori Concorso in its third edition.

Nestled in the gardens of the three villas del Grumello, Sucota and Olmo, the spotlight was on special sports cars from Zuffenhausen in 2022. “Because we are passionate about craftsmanship, we are presenting a unique selection of vehicles from the Porsche Exclusive Manufaktur, which represent the pinnacle of Porsche’s customization options,” Miani summarized.

Fuori Concorso 2022 – Ode to the most individual Porsches

The Sonderwunsch program launched for the Porsche 930 Turbo 3.3 opened up virtually unlimited possibilities. Even back then, in the late 70’s, buyers could individualize their cars in countless ways. Exterior and interior colors according to customer wishes, special materials, performance enhancements… everything was possible! Some filet pieces, like a Porsche 930 Turbo 3.3 slantnose cabriolet or a 964 Turbo S Leichtbau from this time were shown at the Fuori Concorso. We take you on a little trip through the front gardens of Como. 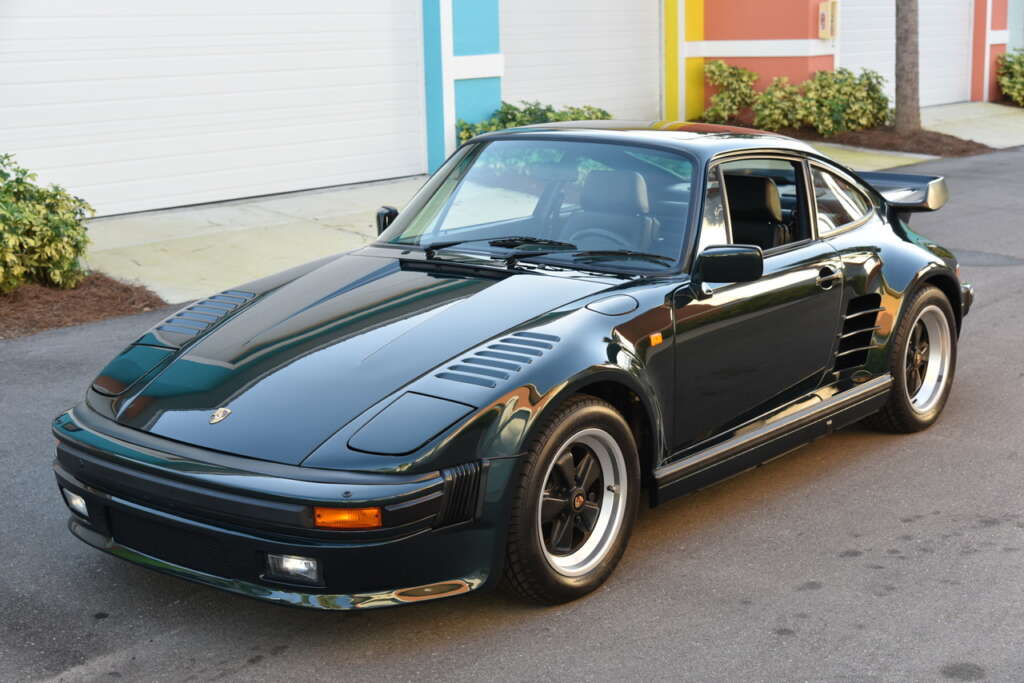 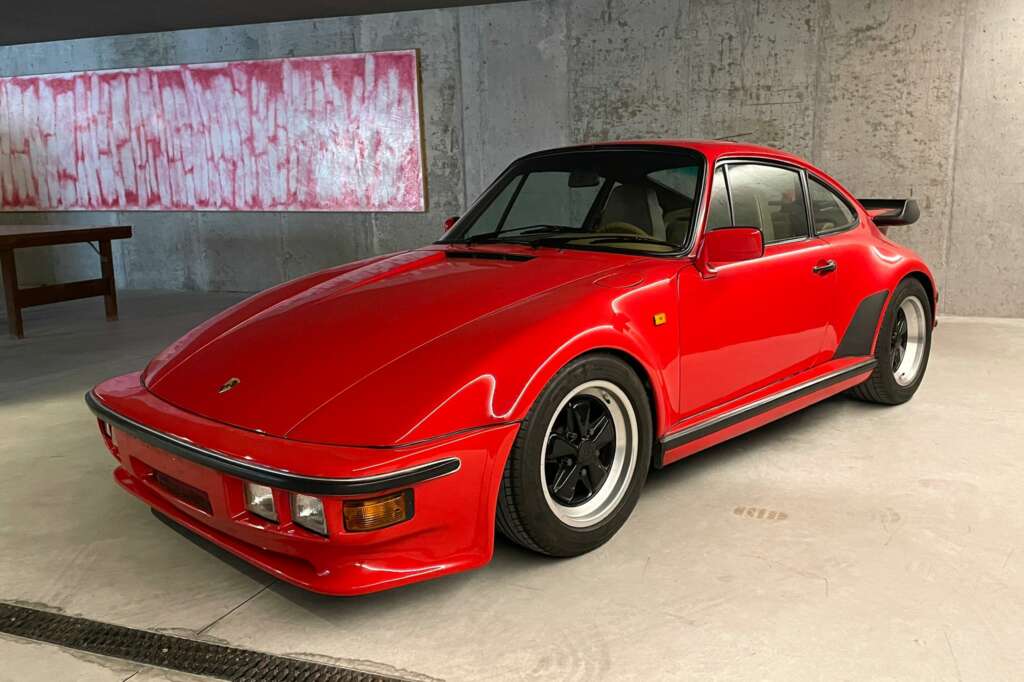 Individuality and uniqueness do not necessarily have to be loud. The Porsche 993 Carrera painted in brown-brass dark metallic takes this mantra to heart. The color is very reminiscent of the cognac brown offered on the Porsche 991. Incidentally, this color is also worn by our Elferspot Brownie. With the matching interior, this 993 once served as a boardroom car. A unique car in this color combination. That’s for sure.

Two Porsche 959s owned by the Qatari sheik Al-Thani showed that it can also be very flashy. The two of a total of seven 959s from the sheik’s collection were painted in orange and burgundy, respectively. Of particular interest were the three stripes to accentuate the body curves, which were also found on the leather seating of both cars. Incidentally, the Porsche emblems in the interior and on the wheels were replaced by 24-carat family crests. A Porsche 996 Carrera 4, discreet at first glance, was also a very exciting exhibit. Black exterior, purple leather interior with green wood accents. We were immediately reminded of Aleks Markovsky’s Joker.

Among other things, Porsche presented a 968 Roadster. It is even more straightforward in its design, than the standard version. With its lowered windshield and narrow frame, it is somewhat reminiscent of styling icons like the Jaguar E-Type and Ferrari Daytona, coupled with a bit of TVR. In its understated elegance, it’s a great fit for the scenery. It would also cut a fine figure as a Bond vehicle.

The pearl-white Porsche 911 Carrera 3.2 Speedster Clubsport was also an eye-catcher. It was precisely this Speedster Clubsport that was presented as a prototype at the IAA in 1987. One year later came the production version. In contrast to this concept, however, it had a windshield. Designed as a single-seater, it is reminiscent of the Porsche 356 Speedster. These are affectionately called “bathtub” by American racers.

From Cayenne Cabrio to 992 Sport Classic, everything was represented

After the new Porsche 911 (992) Sport Classic saw the light of day, Porsche did not miss the opportunity to show one on Lake Como. It was one of the first appearances of the Heritage Design vehicle from the Porsche Exclusive Manufaktur, which is limited to 1,250 units. The static display was rounded off by a first-generation Cayenne Cabrio Concept, and various other Exclusive models: A Porsche 911 Turbo S with “Chromaflair” effect paint in Urbanbamboo, a 911 Speedster with Heritage Design package, and the 911 Targa 4S Heritage Design Edition. We certainly don’t want to forget Paulo Barilla’s Porsche 992 GT3 in the design of the 1984 Le Mans winner. The yellow/black homage to Klaus Ludwig and Henri Pescarolo’s 956B was an absolute eye-catcher.

The event was rounded off by a very interesting panel discussion. Its illustrious panel included Alexander Fabig, Porsche’s Head of Individualization and Classic, Porsche Chief Designer Michael Mauer, and renowned car collector Luca Trazzi. Under the topic “The vision of Porsche Exclusive Manufaktur,” the three reported on unusual customer requests and the origins of the special request program. Starting with the rear window wiper ordered in 1955 for a Porsche 356.

The Fuori Concorso Sonderwunsch was a feast for all car lovers, not just Porsche enthusiasts. At the exclusive event, visitors had the feeling of being right there in a Hollywood movie. Scenery, vehicle selection, supporting program – breathtaking!