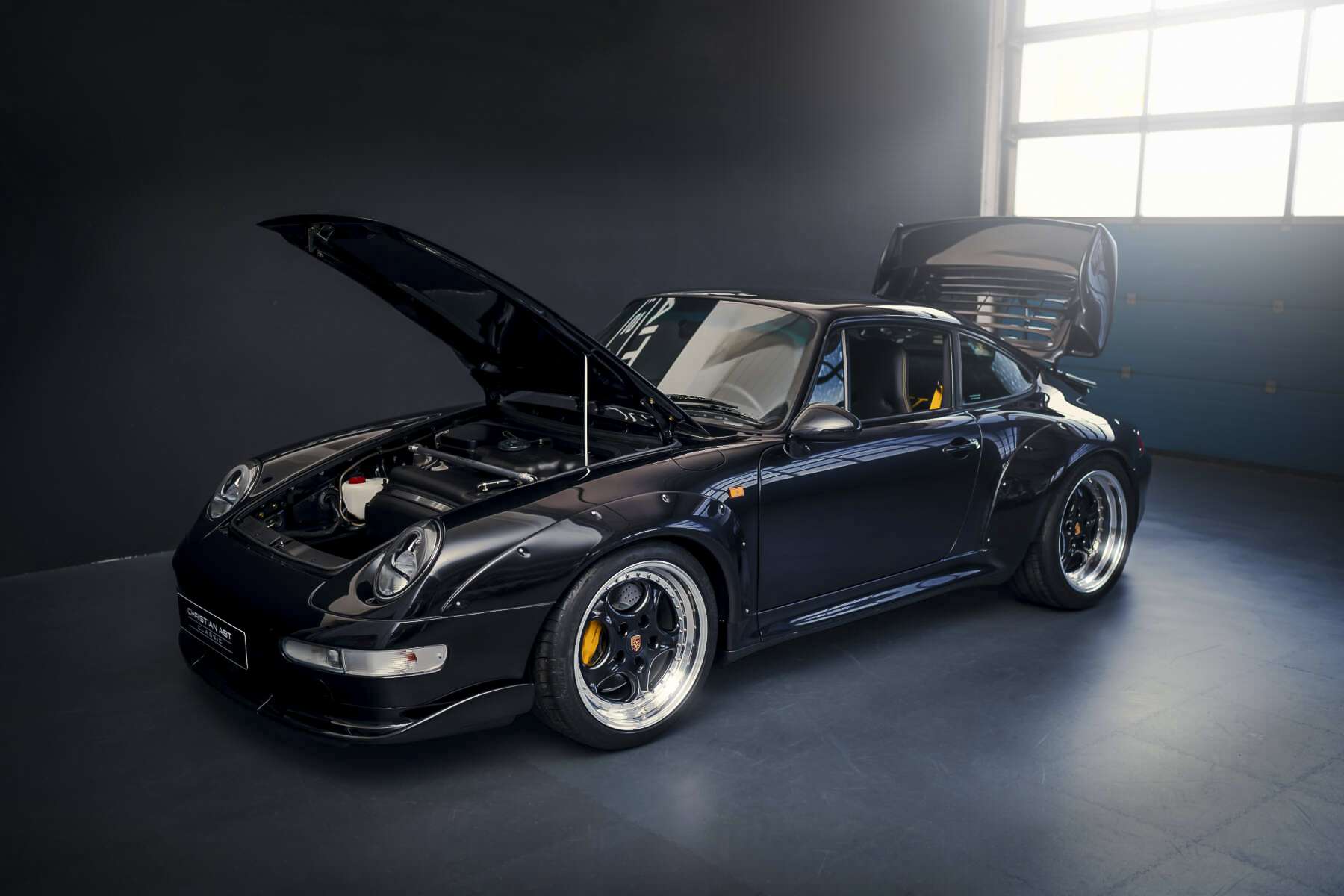 As the wildest iteration of the Porsche 993, the GT2 is commonly lavished with superlatives. Given its aggressive looks and even today’s remarkable performance, that’s not surprising. But few among us admirers have any idea what it actually means to maintain such a car. Not to mention restoring it. And that’s exactly what Sebastian Riedl, owner and managing director of Christian ABT Classic told us through. We talk about why the condition of the base car is so important and why this Porsche 993 GT2 is responsible for some gray hair.

Sebastian, thank you for the invitation to Christian ABT Classic! How did you come to restore a Porsche 993 GT2?

A warm welcome to you! I have to elaborate a bit on that. We at Christian ABT Classic specialize in the build and restoration of air-cooled Porsches. Furthermore, our technical director, Oliver Kulder, was already co-responsible for racing a Porsche 993 GT2 Turbo in the FIA-GT Championship in 1999. They are our core competence, if you will. A customer contacted us and said he had a Porsche 993 GT2 in mind and we talked about the possibilities. After a few conversations and a lot of research on our part, he commissioned us to restore it.

Nobody restores a Porsche 993 GT2 for the sake of it. So, what was the condition like?

One of the basic rules for a successful and plannable restoration is, after all, to always choose the best available base. With the Porsche 993 GT2 being built just 193 times, that’s a tall order. Especially considering that only 56 were road-legal. So the choice is naturally extremely limited. To make matters worse, some 993 GT2s were also used in racing, for example at Le Mans.

So it started with a body, an engine and a whole lot of boxes.

Sebastian Riedl, owner and managing director of Christian ABT Classic, about the start of a Porsche 993 GT2 restoration

This Porsche 993 GT2 was anything but the best base. Its condition was simply desolate. It stood partially dismantled in a hall, had almost 140,000 kilometers on the clock, no original wheels … It didn’t even have its engine in place! So it started with a body, an engine and a whole lot of boxes.

How did you approach this huge challenge?

First of all, we discussed with the customer in great detail how the vehicle should look in the end. He is a passionate collector and had extremely precise ideas. So the limits and goals were set very quickly. Since he values this car very high emotionally, its personal significance for him was a strong driving force for us.

After the order was clear and the car arrived, the work began with probing, documenting and sorting. For us, it was the first restoration of a Porsche 993 GT2 as well. While we have great expertise in the Porsche 993 generelly, a GT2 is no Carrera for which you can get all the parts or workshop documentation at your next Porsche Center around the corner.

It was clear, that this Porsche 993 GT2 should be brought to new condition from scratch, where possible even better than new. All while trying to refurbish as many of its original components as possible. Where replacements were necessary, only OEM parts were to be used. Sourcing these for such a rare vehicle is a challenge in itself, though. In the end, however, everything – right down to the keys – really came out at least as good as new.

Which way of restoration did you choose then?

Due to the poor condition of the bodywork – parts were already sanded down – it was clear anyway that we would have to strip the car down to the last screw. So we decided to chemically strip the paint. This allowed us to restore the sheet metal from the ground up. Finally, the car was cathodic dip painted (CDP). This protects the car against corrosion for decades. An upgrade to new condition.

On this occasion, logically, the entire wiring harness was also checked and renewed where necessary. Same applies to all chassis parts and, of course, the interior. The carpets had partially come loose, seats and steering wheel were not in good condition. Several hundred hours of work in the areas of sheet metal, paint and saddlery came together before the GT2 was completely like new in its substance. 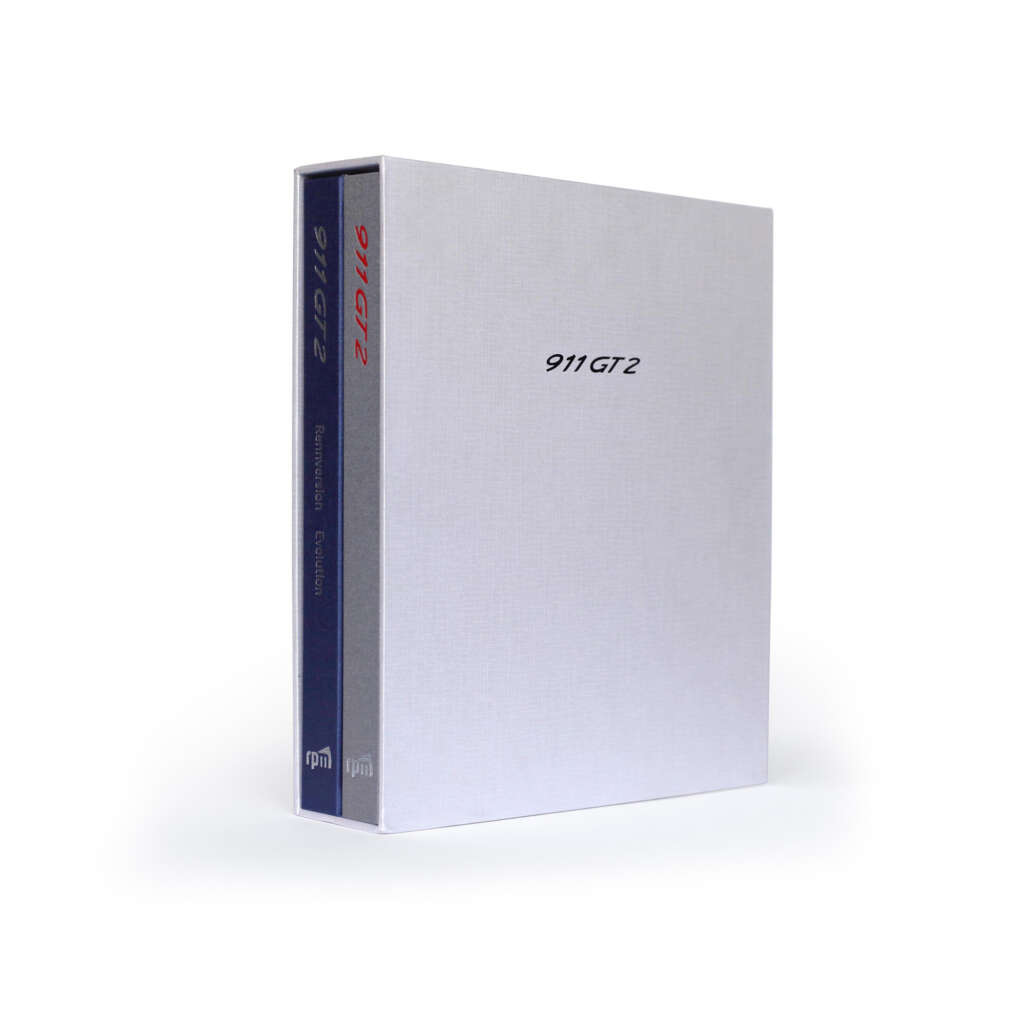 Particularly in terms of paint quality, I can safely say that we are above Porsche’s delivery level of the time. Same is true to its panel gaps. Where previously there were deviations of several millimeters across a single body panel, now everything is smooth and consistent, the appearance flawless. The customer chose the classic Porsche black metallic as the color. To our knowledge, this was not available on the 993 GT2. The paintwork itself is of absolute top-notch quality and cost over 30,000 euros alone.

But surely the GT2 restoration wasn’t all plain sailing?

Not at all! The engine caused us some headaches and is probably responsible for lot of my gray hair. It wasn’t complete, many small parts were missing. The research effort was immense. And to make matters worse, a special “feature” of the Porsche 993 GT2 is that its engine compartment is more crammed than on any other 911. Even before the engine can be installed, all wires and hoses must be in their final place. With the engine installed, there is simply no more room for adjustments.

In total, we had to remove the engine again three times. I was particularly worried when the engine suddenly stopped after an initial start and nothing more than a “clack” came out, when we tried to restart it. At first I feared that the engine had seized up. In the end it was a very minor defect, with the culprit not even being worth 25 cents. But nevertheless, that issue alone set us back a week. Another time, the oil tank ran dry and the engine was full of oil for no apparent reason. But in the end, our expertise in engine building allowed us to fix all the technical problems. The engine now runs like clockwork.

That sounds like a very educational project. Were there places where you gave the Porsche 993 GT2 upgrades?

We certainly learned a lot in the process. I’ll give you an example from the brakes. The customer really wanted yellow brake calipers to match the interior accents. To achieve this, the calipers were powder-coated. This is a very important process, because if the work is not done cleanly here, you have a problem later on: the brake fluid can crystallize in the caliper, causing it to crack. The adaptation of the ABS control unit is also a science in itself, for which we had to call on external help.

Technically, we only made changes in a few places. While we completely overhauled the engine using only original parts, the suspension received a functional adaptation. In cooperation with Bilstein, we developed and built original-specification dampers whose rebound can now be adjusted from below. With the original parts, this was only possible from above. Of course, this makes setup changes a lot easier.

How long did the project take in total? And what was the owner’s initial reaction to his finished GT2?

We started in August 2020, so the whole process took a little over two years. Like probably most other companies, we had to deal with delivery problems. Our customer and client is very emotional about this car. But when I sent him the first pictures of the finished car, he was at a loss for words, honestly. He didn’t get much more than a thumbs up out of it at first.

Share "A Porsche 993 GT2 Turbo that gave gray hair" with your friends!