Legendary, rare and sought after. The 1973 Porsche 911 Carrera RS 2.7. This 901 RS Limited Edition watch contains recycled parts from one of the most sought-after sports cars ever built. Especially special makes this clock also that the donor car can boast a very impressive racing pedigree. This fantastic watch is unique and limited to only 250 pieces!

The Porsche 911 Carrera RS 2.7 (RS stands for “Rennsport”) was a special model among the original models of the 911, which was developed with the aim of gaining a license (motorsport homologation) for racing. Only 1,580 pieces were built. The prices of still existing specimens of this coveted sports car are correspondingly high today, which is still regarded among Porsche enthusiasts as one of the best 911s ever built. The manufacturer of this watch has actually managed to find parts of one of these legendary Porsche Carrera 911 RS and integrate it into the latest Limited Edition. But this is not about any RS … 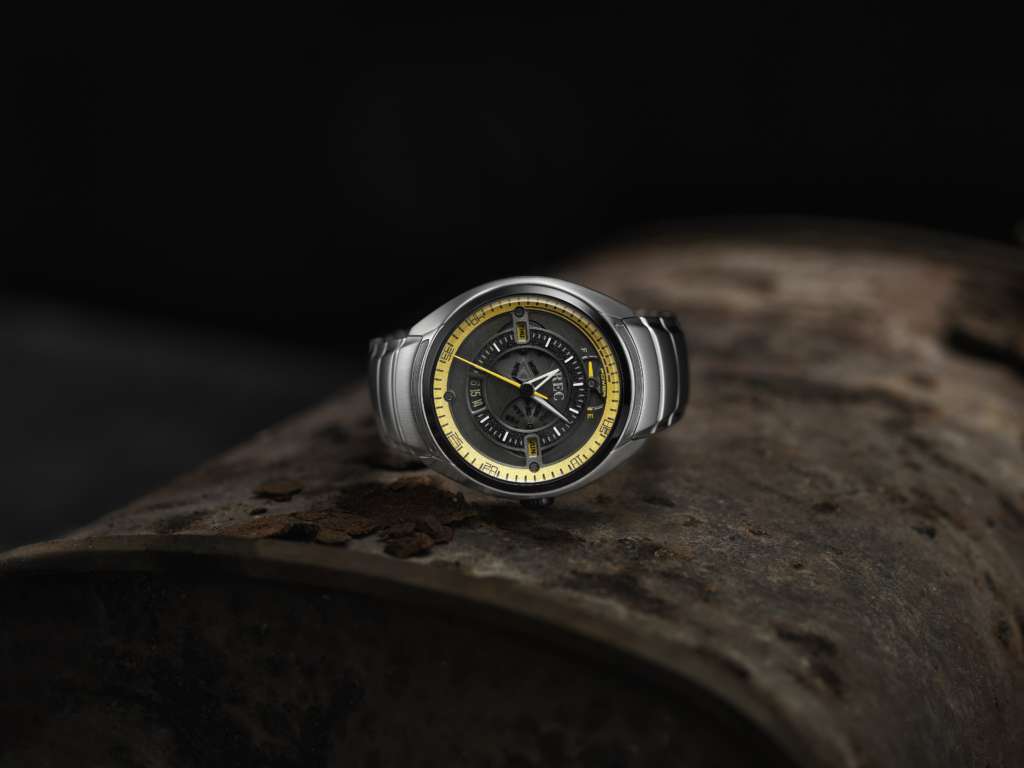 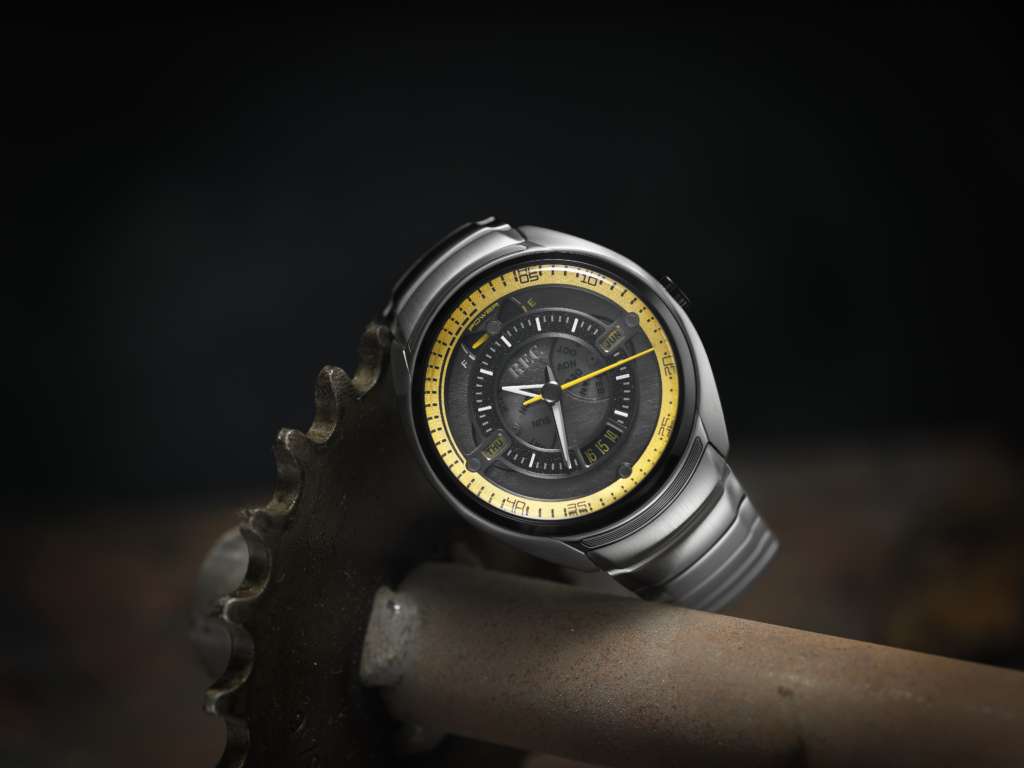 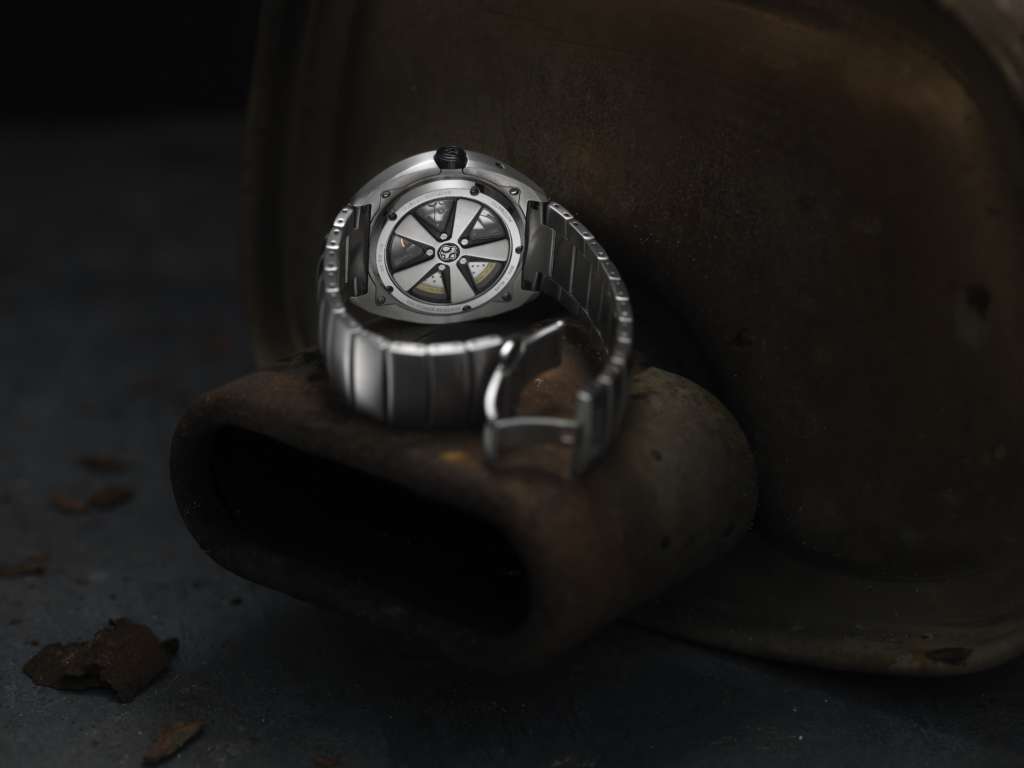 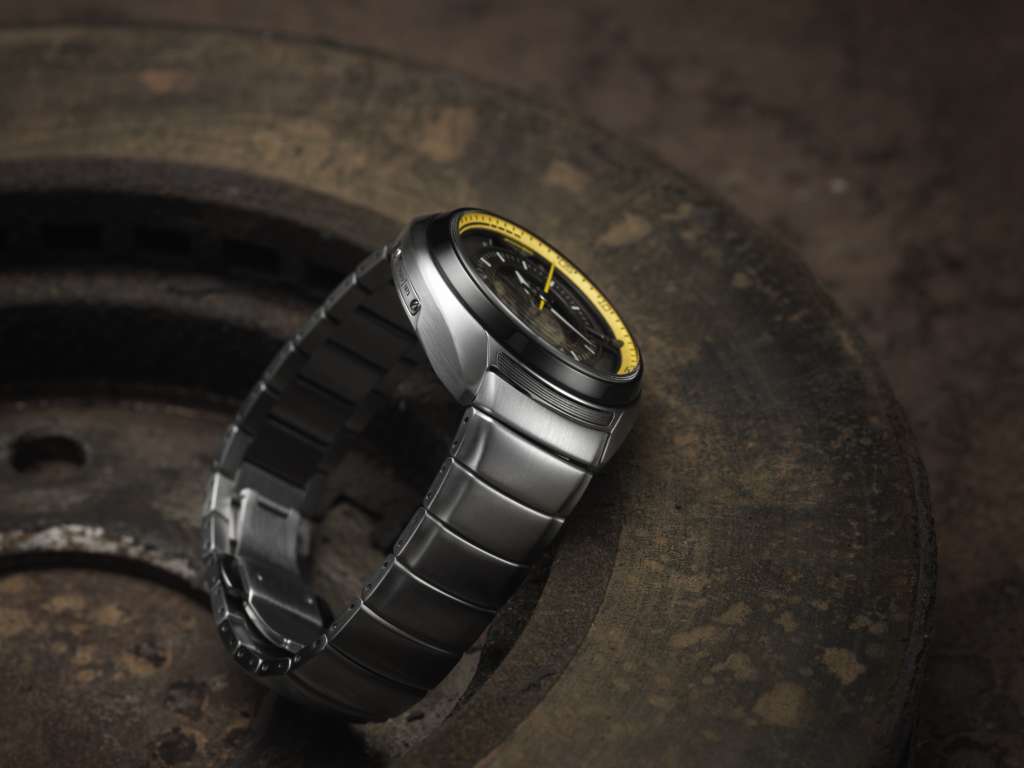 During the research on the origin of the car was found that the German rally driver Peter Rumpfkeil was the first owner. During the three years he owned the car, he participated in several rallies, including 1976 and 1977 at the prestigious Monte Carlo Rally and 1976 at the Lombard RAC Rally. In 1982, the now battered 911 RS was bought by a Danish car enthusiast named Jørgen Schultz. As soon as he realized that he had acquired an original Carrera RS, he devoted himself to his restoration in the following three decades until he finally sold it in 2015. He kept several unusable parts, which were now mostly processed in the Limited Edition 901 RS watch. This – and much more – is available on the scannable Story Card included with every 901 RS Limited Edition watch.

And usually the story ends here, but …

On June 26, 2018, the manufacturer received an e-mail from a certain Mr. Timo Rumpfkeil from Germany. By chance, Timo Rumpfkeil, the son of Peter Rumpfkeil, had learned that we were working on a limited edition collection based on this certain 911 RS. Timo Rumpfkeil could contribute much to the background of this unique vehicle. In addition to presenting a series of original photos of the car, he was able to report that the first owner of the vehicle was none other than the famous German racing driver Clemens Schickentanz, who won both the GT European Championship and several World Championships in GT. Class has won.

Timo Rumpfkeil and his father searched the original RS for decades – without success. And nobody knew what had happened to the battered 911 RS – until now. Although we could not help Timo Rumpfkeil get his father’s beloved 911 Carrera RS back, we’re delighted to pass on the DNA of the iconic sports car in the form of the 901 RS Limited Edition.

References to the design

The 901 RS is the first timepiece from REC Watches with stainless steel bracelet. This authentic bracelet follows the curvature lines of the 901’s body shape – and is inspired by the signature soft, curved corners of the classic Porsche 911. 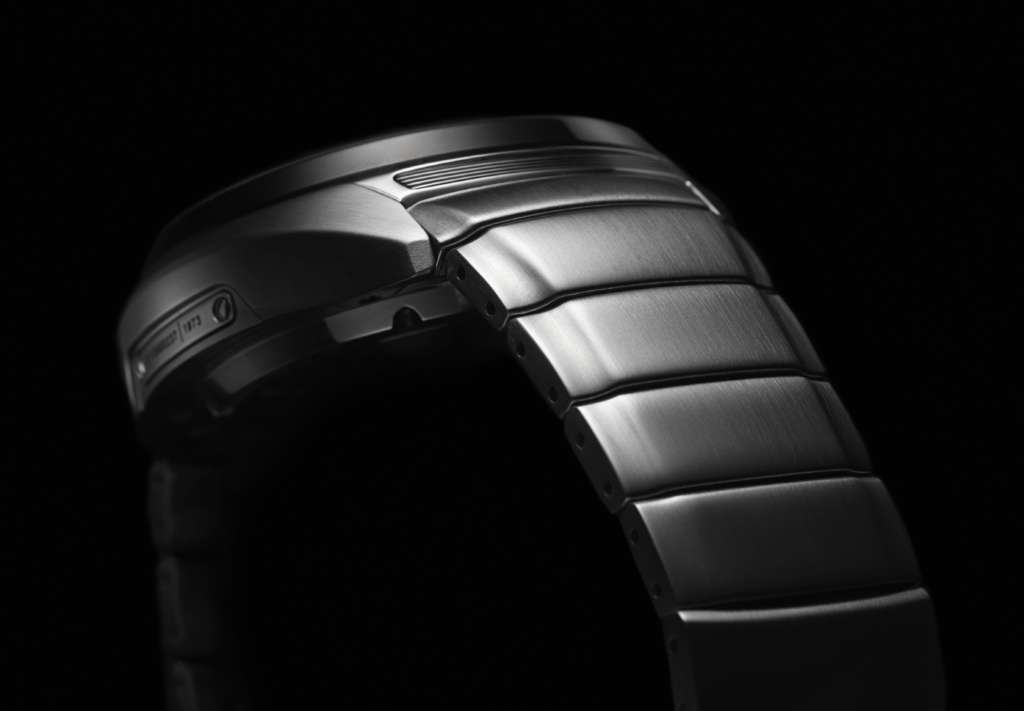 The shape of the 901 collection is strongly based on the soft corners and the characteristic rear grille of the Porsche 911.

The 911 is perhaps the most iconic sports car of all time, whose design has been subtly changed from then until now. A clear sign that the design of the 911 has proven itself. This will also apply to your 901s. 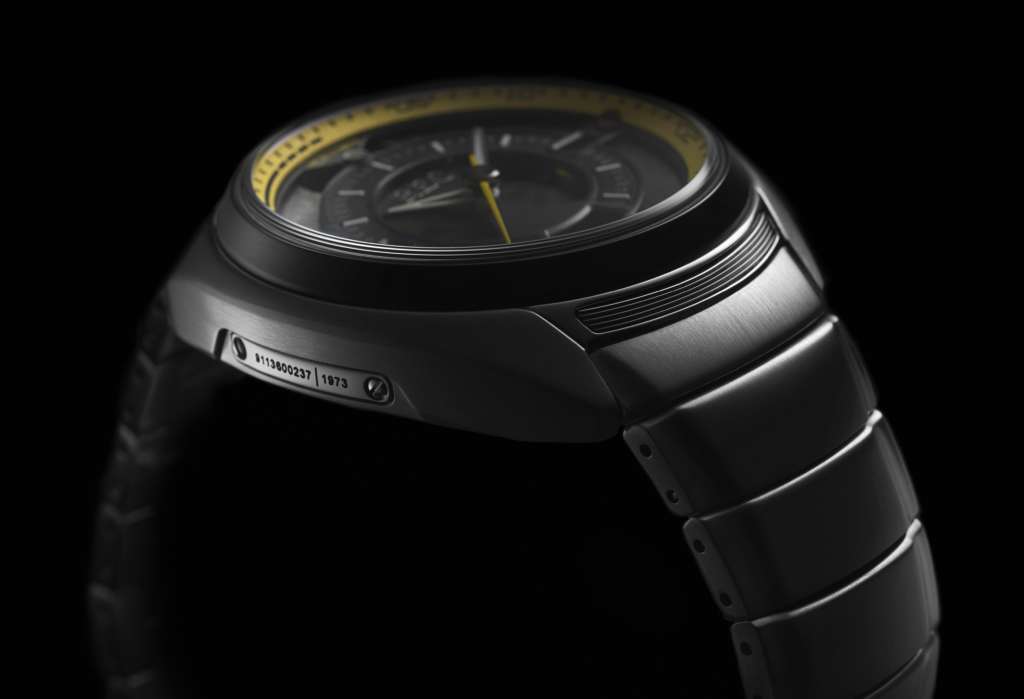 The caseback is inspired by the very distinctive rims of Otto Fuchs on the classic 911 – and the rotor is also prepared so that it resembles the perforated brake discs!

The legendary “Fuchsfelge” was developed by Otto Fuchs in the early 1960s, when Porsche commissioned the designer to design a very special rim for a prototype, which later became the 911. The rest is history.

The crown itself is designed to mirror the horn cap of the early 911 steering wheels. The REC logo on the crown has a story of its own. Look carefully and you will notice three gears: One for Recover, one for Recycle, one for Reclaim– the very DNA of the REC concept. 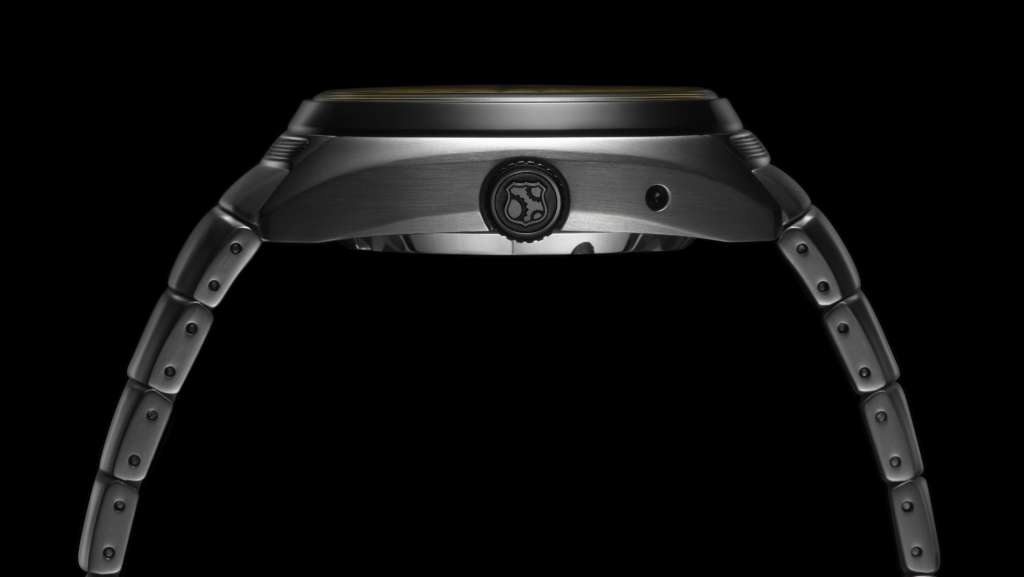 Every single watch is engraved with the Vehicle Identification Number (VIN) of the Porsche Carrera 911 RS: 9113600237 – not to be mistaken with the serial number of your watch which you find on the caseback.  The VIN plate cut-away area is a discrete reference to the number plate cut-in of the modern 911´s. 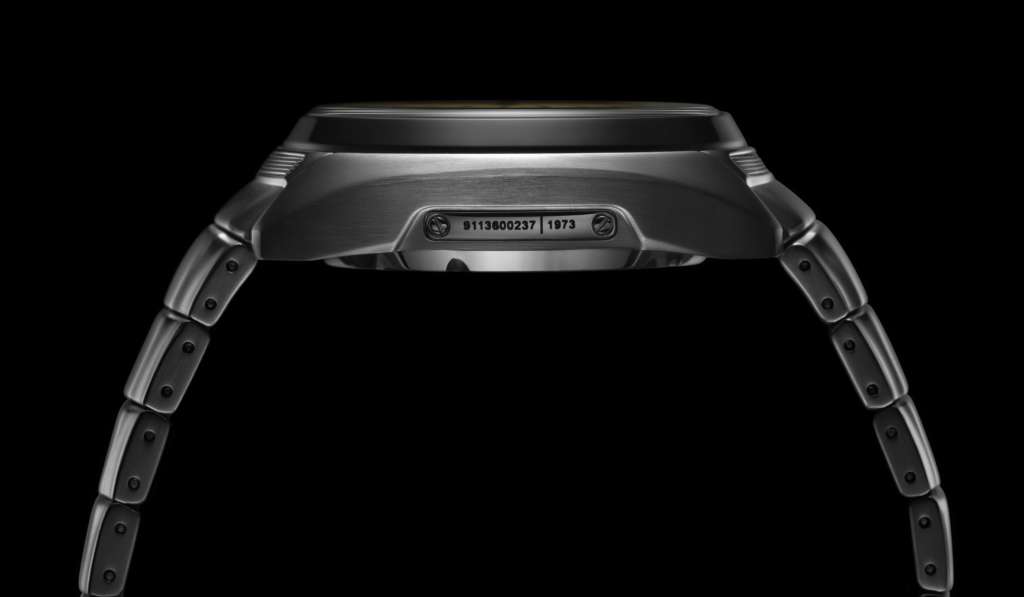 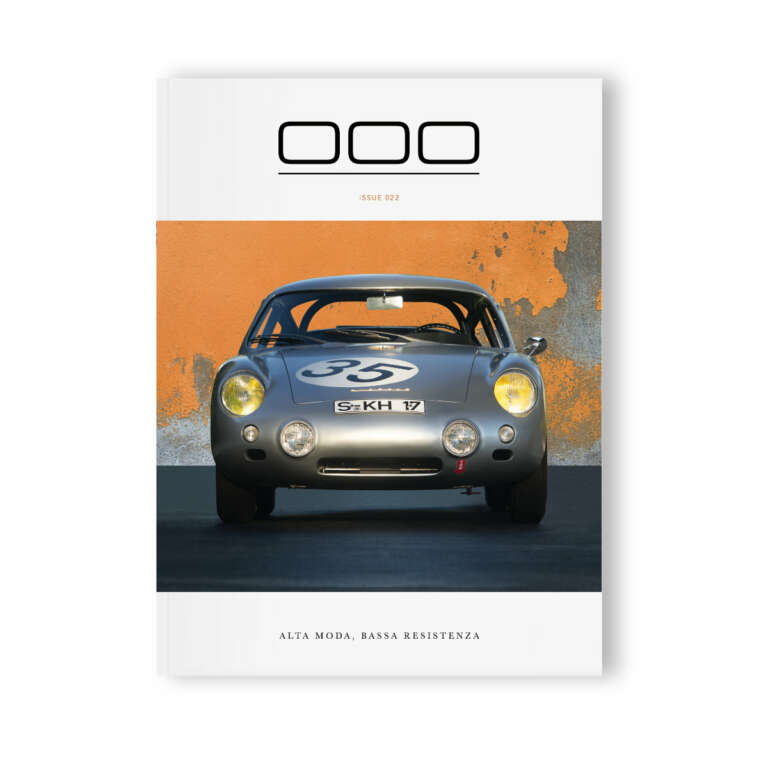 How can I track my order?

As soon as we have completed your order and handed it over to the parcel service, you will receive an email from us with the invoice and a link to the parcel tracking. Just follow the link and you can track where your Elferspot package is and when it will be delivered.

How do I reach the Elferspot customer service?

Just send an email with your request to shop@elferspot.com. We will take care of it immediately. If your request concerns an existing order, please be sure to include the order number.

What payment options are available to me?

We offer a wide range of popular payment methods. Among others, of course, Paypal, credit card, Apple Pay and many more. Direct bank transfer is also possible and can be selected as an option.

Is it possible to return purchased products?

Of course you can return purchased items within 14 days after receipt. To do so, please send us an email to shop@elferspot.com and let us know that you will be returning an item. We would appreciate if you could also give us a reason for the return. Please send the item(s) to the following address:

Here you can download a pdf with the return address:

As soon as we have received the return, we will check it and refund you the amount. Please note that the refund will take different amounts of time depending on the payment method.

Please note that you as the buyer are responsible for ensuring that the return is protected from damage and contamination. If you want to return a book, please make sure that it arrives in its original packaging (protective foil, slipcase).

Who pays the return costs?

With which parcel services does Elferspot ship?

Currently we mainly work with GLS (Europe) and DHL Express (overseas). However, depending on your needs, we can also commission other shipping service providers.

How long does it take to get my Elferspot products to me?

Our warehouse is located in Austria. Depending on the destination country, this takes different amounts of time. Usually it takes 2-3 days to Germany, 4-5 days within the EU. Overseas it takes between 7-14 days.

How much does it cost to ship to me?

The shipping costs are calculated by the system in the background individually depending on the total weight of your order. As soon as the address data are entered, the system creates a shipping forecast for your order.

Where can I enter my discount voucher code?

Directly in the shopping cart there is a link “Enter coupon code”. If you have a coupon code, you can use it there.

How can I cancel an order?

Please just send an email with the order number to shop@elferspot.com and let us know what you want to cancel.

Still have questions? We are happy to help you.