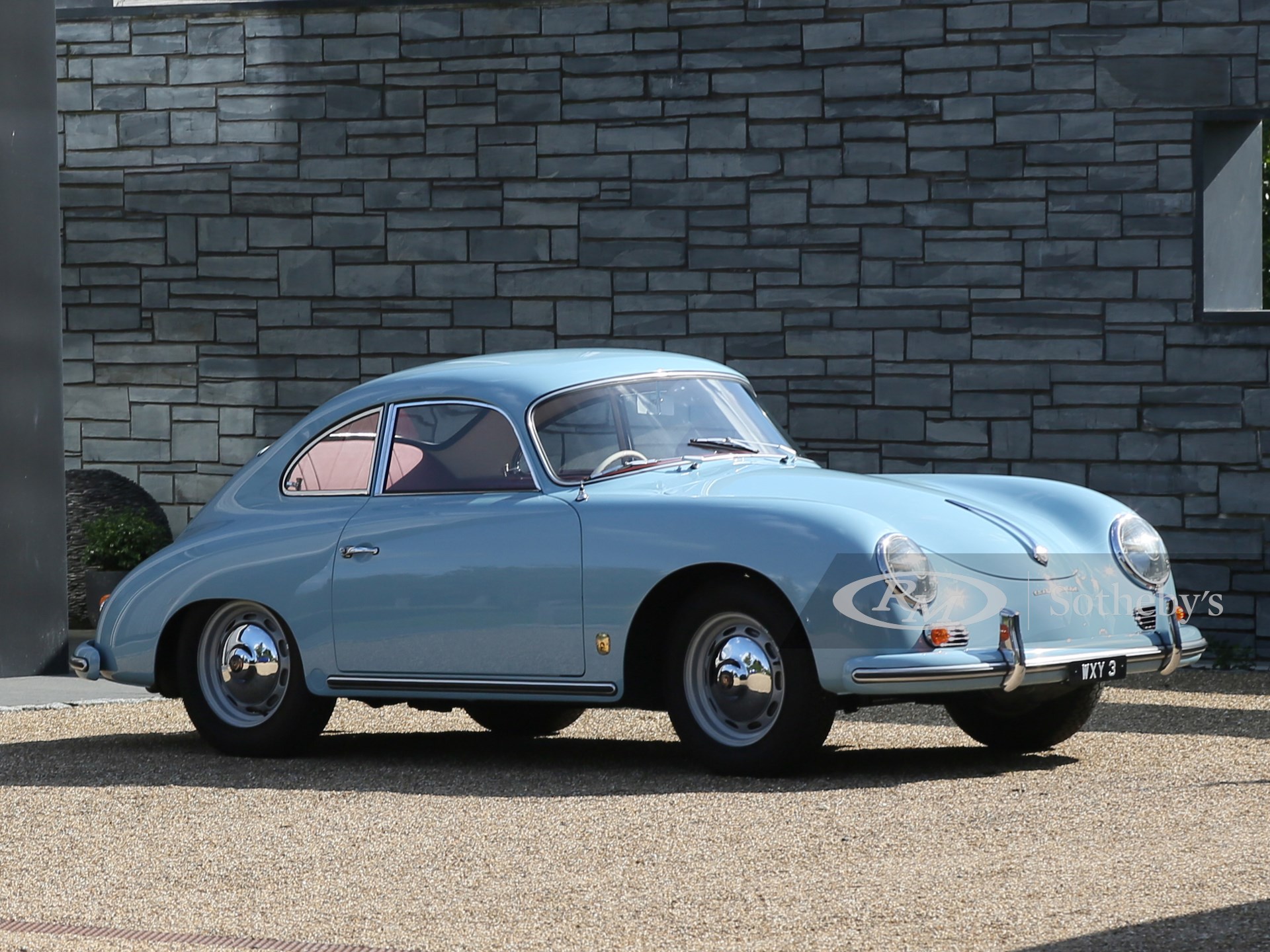 Imported by Archibald Frazer Nash (AFN) and delivered through Harold Radford, a coachbuilder and supplier of cars to the rich and famous, this 356 A 1600 Super coupé was sold to one of Britain’s most illustrious sportsmen, the late Donald Campbell CBE of Bluebird speed record fame. Finished in Meissen Blau with red leatherette upholstery and tan carpeting, it departed the factory 17 April 1959.

Mr. Campbell registered the car on 10 May 1959, being assigned number plate WXY3. Four days later, Campbell shattered his own world speed record over water, recording 260.35 mph at Coniston Water. As his late father Malcolm had done, Donald Campbell doggedly pursued speed records, first on water with his Bluebird hydroplane, and later on land with his Bluebird streamliner. Campbell set a world land speed record of 403.10 mph on 17 July 1964 at Lake Eyre, Australia. He died three years later at Coniston Water trying to break his own world speed record over water, crashing at a speed estimated at over 300 mph.

By then, the Porsche had been sold to Mr. Frank Masefield-Baker, who in 1969 was elected the Mayor of Brighton, East Sussex. Masefield-Baker was described by a local tabloid as “a fast driver…every lamp post between here and Rottingdean is in mortal danger when Frank gets on the road!” The Porsche seems to have survived that experience, and in January 1965 was acquired by Mr. Peter George Kelly, Esq., of Orpington, Kent. It has remained within Kelly’s family over the intervening 56 years.

A complete bare-metal restoration, including a full mechanical overhaul, was recently carried out. The car was found to retain all numbers-matching panels and drivetrain components. The shell enjoyed a full respray in its original color, and was reupholstered in red leather, with new carpeting and a new headliner.

The Porsche 356 A coupé is widely viewed as the most attractive of the series. This very handsome example, showing an odometer reading of 65,000 miles at the time of cataloguing, includes a correct spare wheel, jack, and a tool roll including a Messko tyre pressure gauge. Also included are an original driver’s manual, correspondence between Mr. P.G. Kelly and Porsche Club Great Britain, PCGB membership materials from 1967, a copy of the factory Kardex confirming Campbell’s ownership, and its original buff log book bearing the famous speed record holder’s signature. Historic images and video included with the car include a video reel of Campbell driving the Porsche at the 1959 Bleriot Anniversary Race, with Billy Butlin as a passenger.

Early right-hand-drive Porsches have always been scarce in England, and over time many fell victim to rust or lack of maintenance expertise and were sent for scrap. Today, survivors—especially those that have been properly restored—are highly sought-after. With its wonderful pedigree, this one is especially desirable. 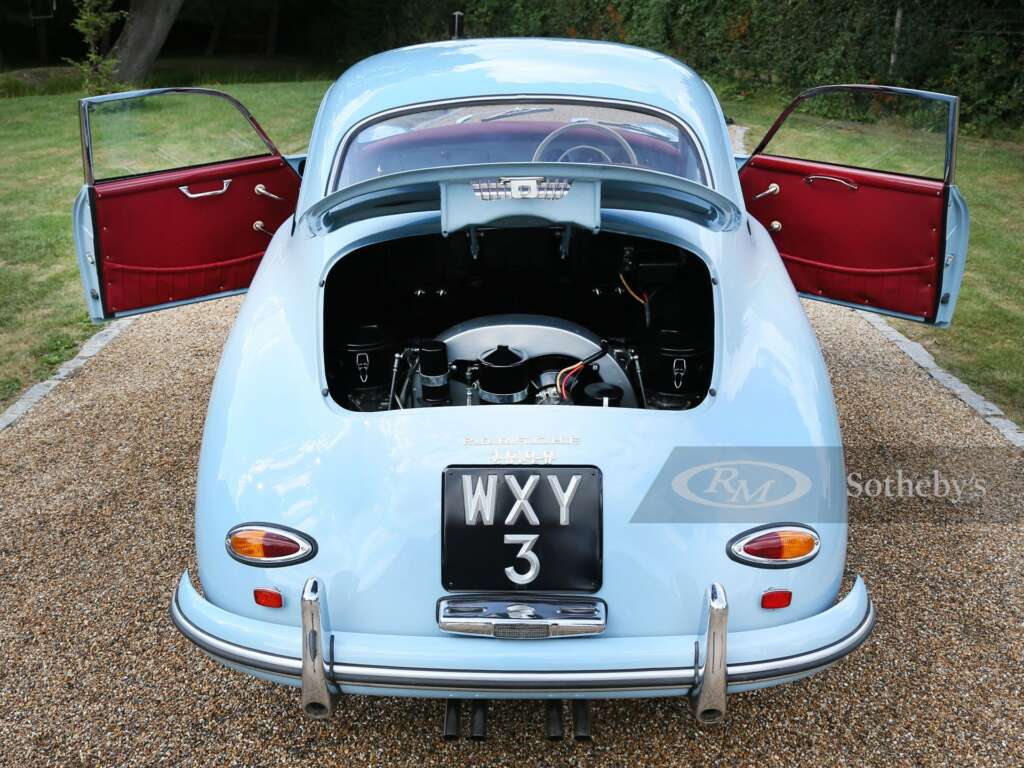 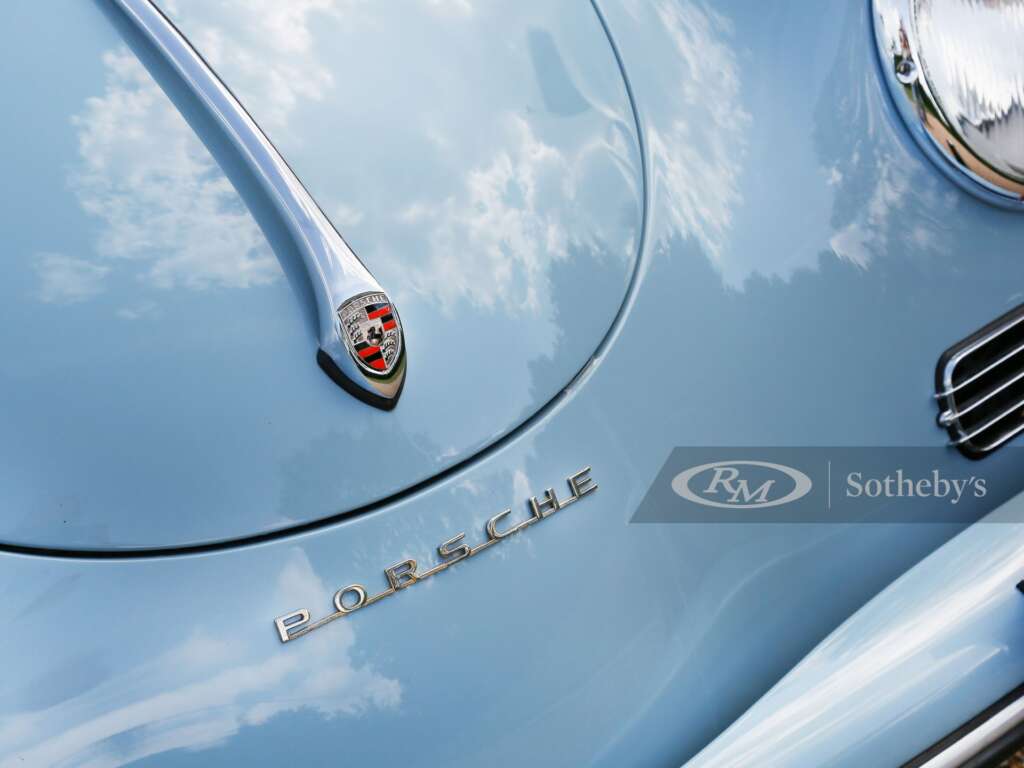