Over a 15 year production period at the Porsche Zuffenhausen factory, the 356 evolved from an aluminium bodied coupe with a 1.1L air-cooled flat four engine, into a four-cam 2.0L Carrera available in both coupe, cabriolet and speedster configurations.

The 356 „B“ was introduced in 1960 and continued production until 1963 with a host of both cosmetic and mechanical improvements. To comply with US specifications the front and rear bumpers were raised as well as raising the headlight height. Inside a new deep-dish steering wheel could be seen and to improve comfort new deeper front seats were installed. In addition to upgraded brakes, the biggest improvement came with the introduction of the Type 616/7 Super 90 engine. The 1.6L engine was fully revised with a newly designed intake manifold, an uprated Solex 40 carburettor, 9.0-1 compression ratio pistons, stronger valve springs, uprated crankshaft and Carrera air filters. The original 356 and its timeless appeal was more to do with less. Introduced in 1948, it offered a small, lightweight, slippery body to combat the low power output. Rear-engined and rear wheel drive, it was the first Porsche production car and started the iconic shape that has stood the test of time, through the 911 to the present day.

Such was the popularity of the 356 – some 76,000 were built – that over the course of the time, they have been a particular focus for owners to fettle, modify and ‘outlaw’ their cars. In fact the very term ‘Outlaw’ was given to Rod’s father Gary during the 1980s as he was first to push the boundaries of what the 356 could be. After joining the family business, son Rod continued the legacy, restoring, upgrading and preparing 356s so much so, they have now earned him international renown.

Starting life as a 1960 Roadster, this 356 B was treated to a comprehensive restoration by Rod Emory Motorsports in California over the course of nearly three years completing in 2011. The vision of UK based owner, Mr Koro, this Outlaw was refinished in Emory Fish silver, inspired by the 356 hue originally offered between 1951 and 1953.

Fitted to early Gmund coupes and Pre-A 356s, and later added to the factory accessory category, a bench seat replaced the two standard fit individual pieces. At the time of restoration, this charming Lincoln bench seat was fitted and refinished in leather in period Barstool red to form a fitting contrast. From the outside there are several noticeable changes. The movement of the fuel filler to the centre of the bonnet, and the subsequent removal of the chrome strip gives the car a much more sporting sense of purpose. The addition of the 16” wheel design specifically engineered to help with the offset help to fill the arches immeasurably. The rear grille changes from that of a traditional twin grille B to a sportier 356A Carrera Speedster piece. Other subtle changes and de-chroming and smoothing see the body cleaned up for a much more athletic appearance.

The car was fitted with an additional, upgraded Emory 912 engine with big bore pistons, Nuetec camshafts and Solex 40P11 carburettors. The original engine accompanies the car. Since completion, the car has covered no more than a couple of hundred miles a year and in fact, since 2018, the car has remained in storage. Today this Emory Outlaw Cabriolet presents as you would expect and is available to view at our showrooms outside London by appointment immediately. 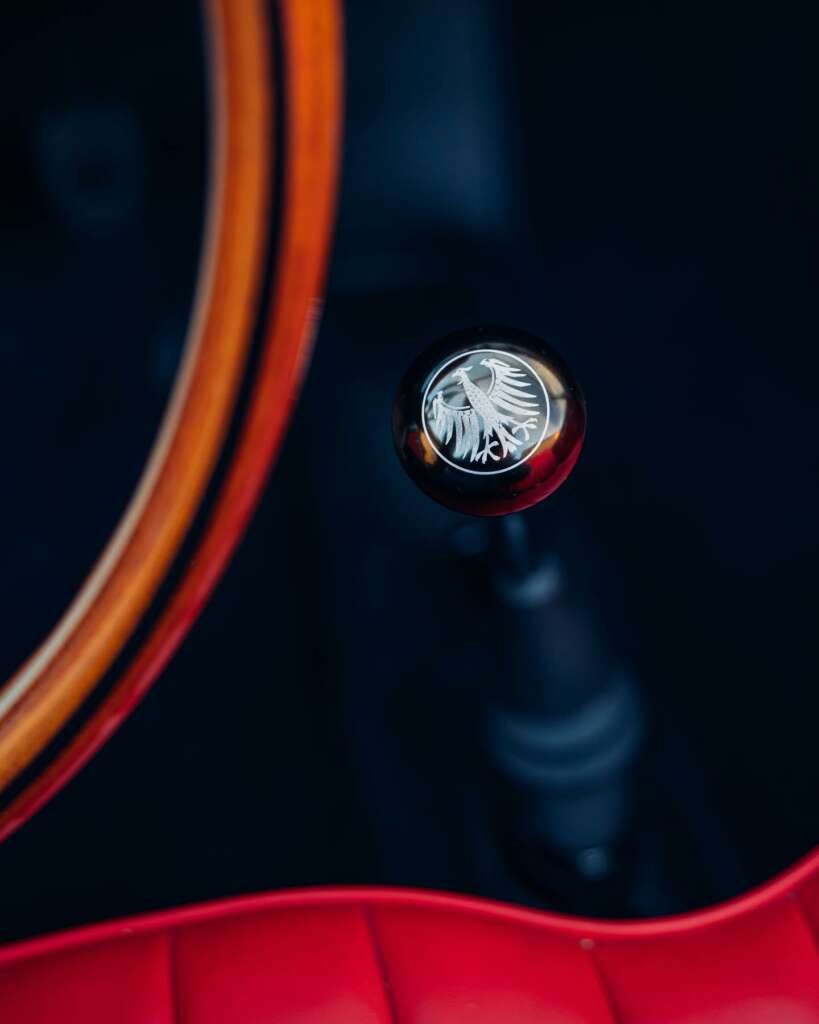 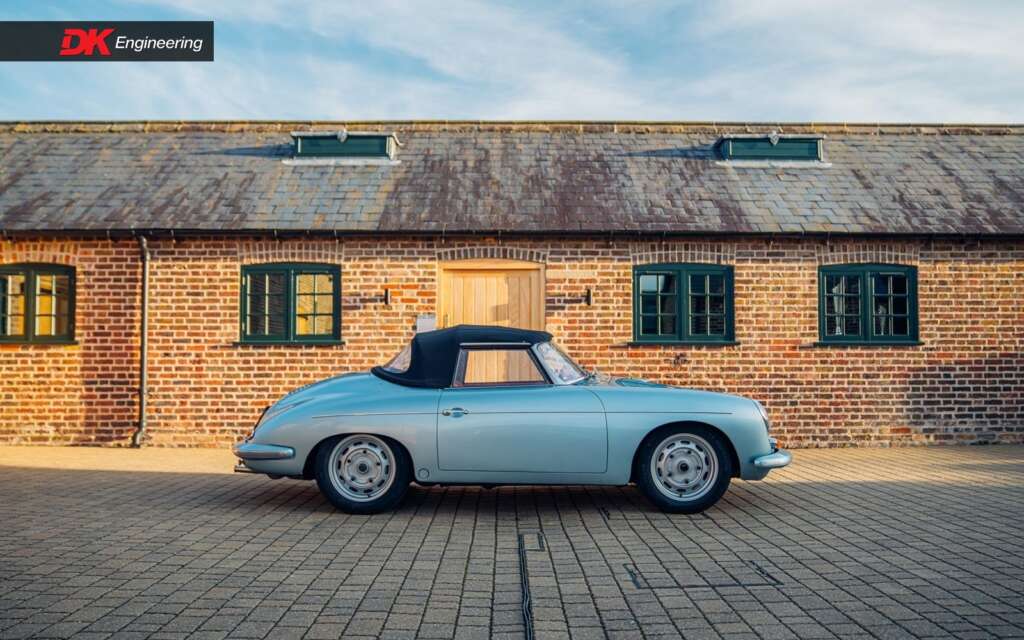 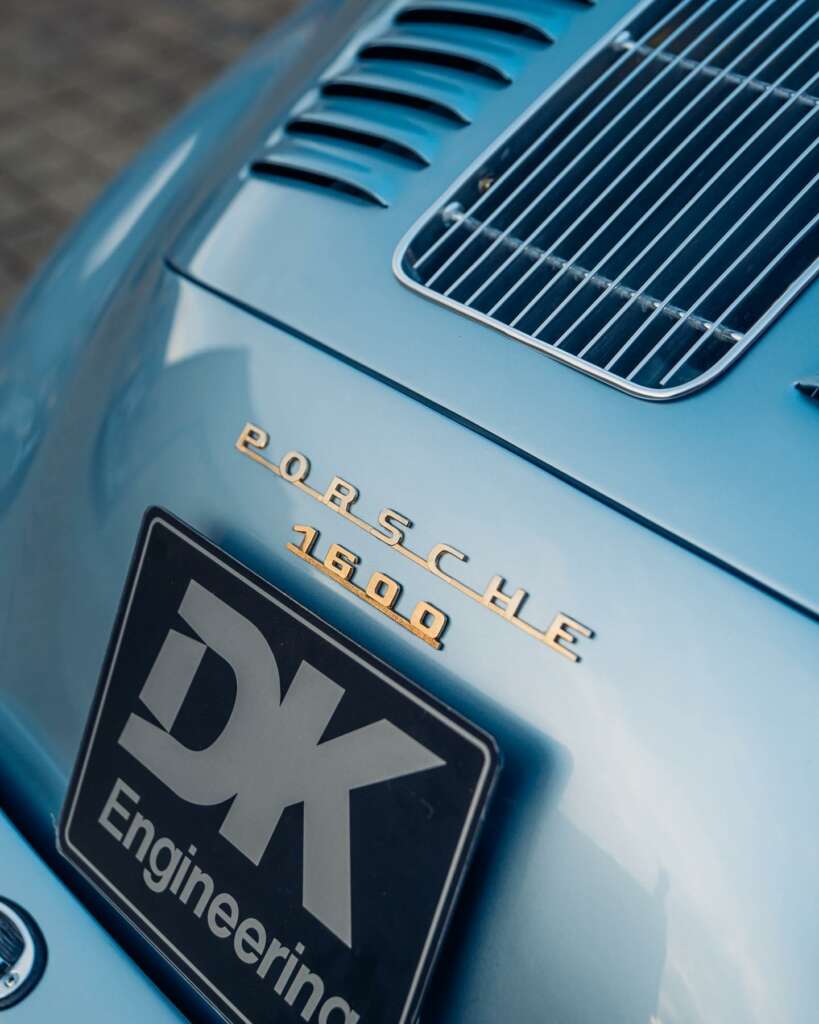 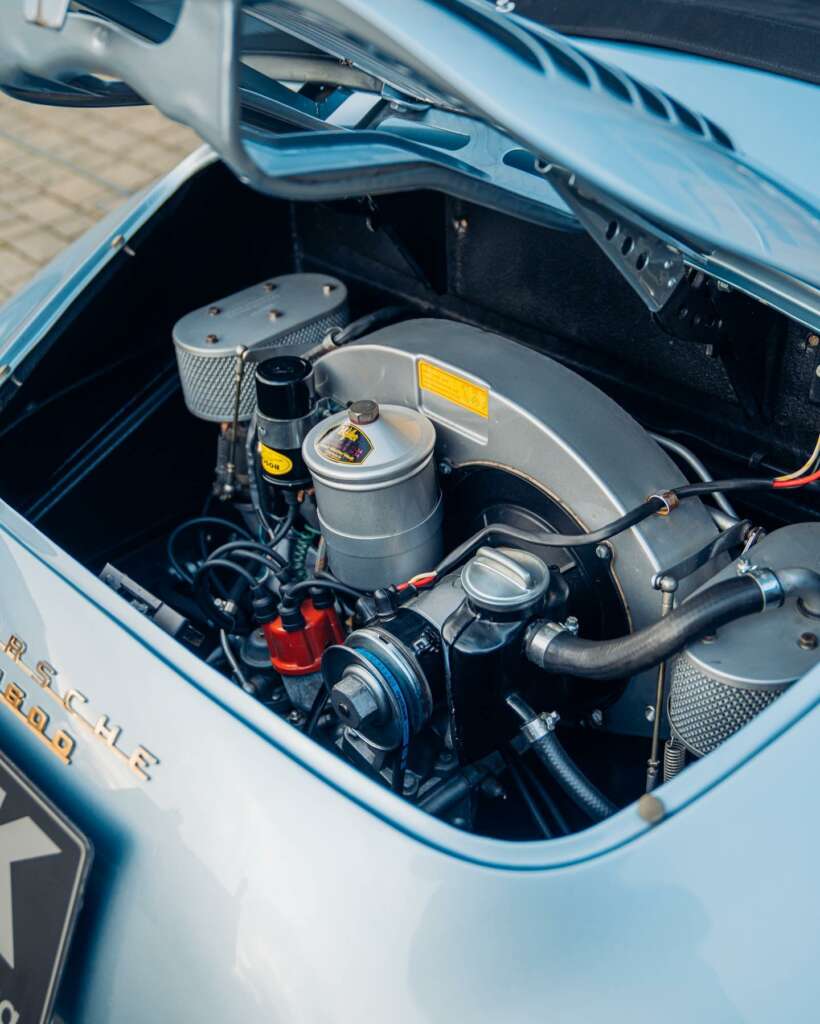 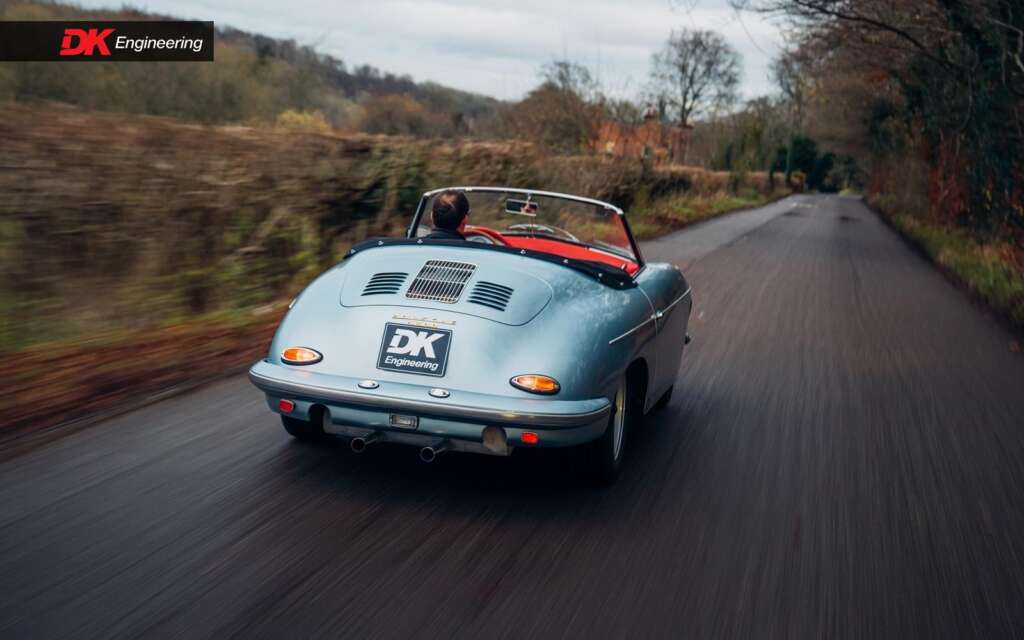 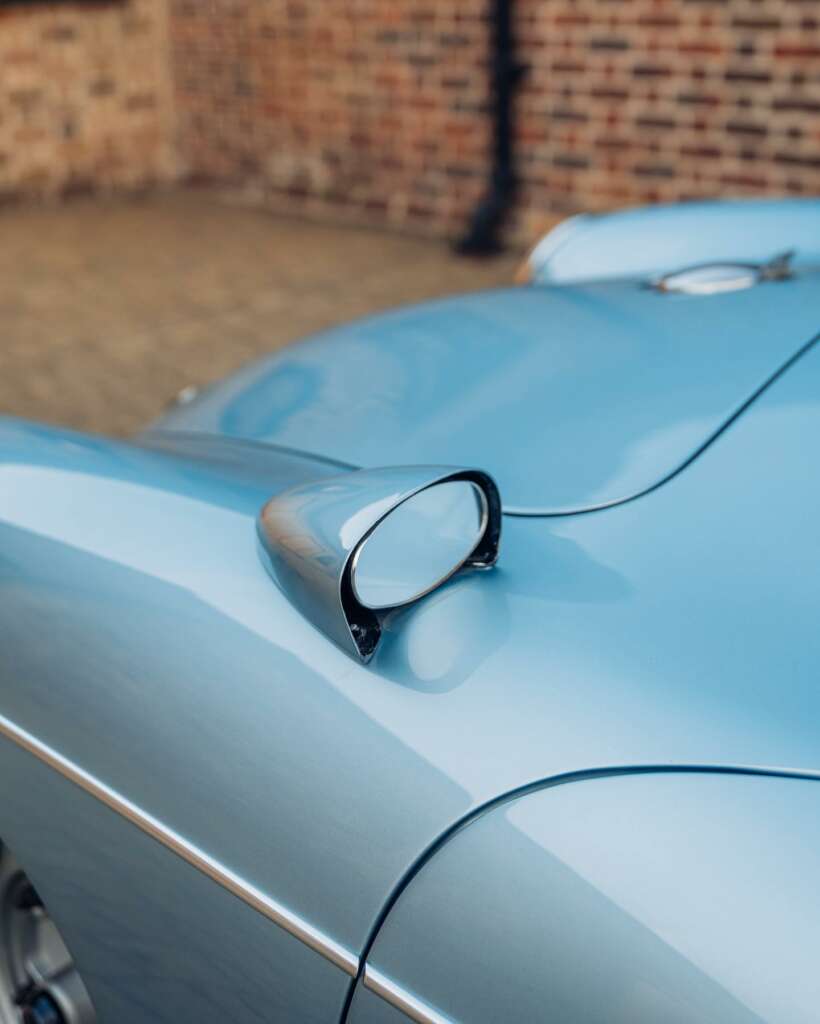 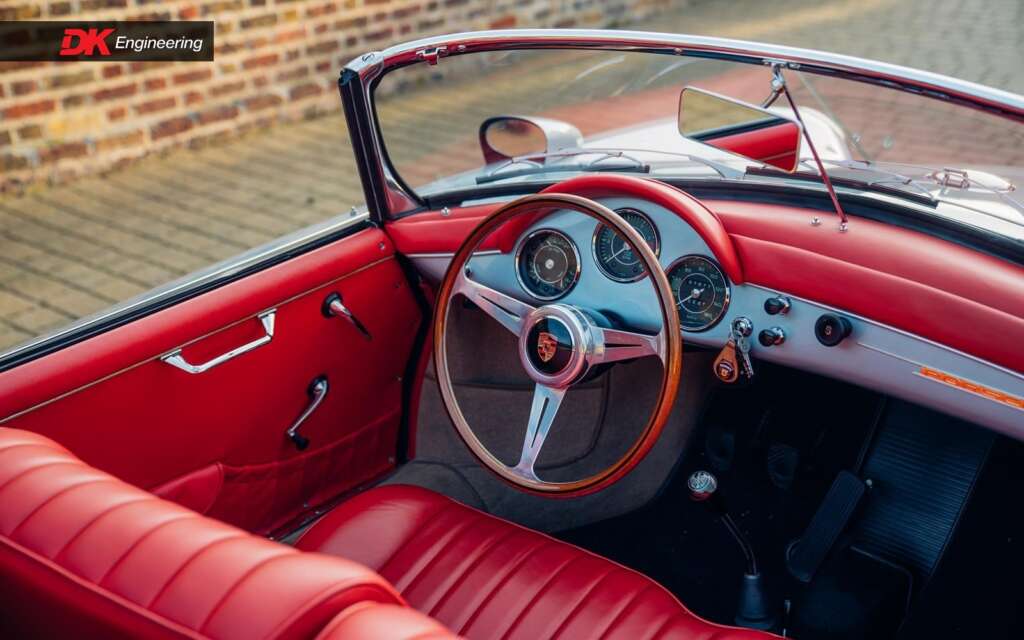 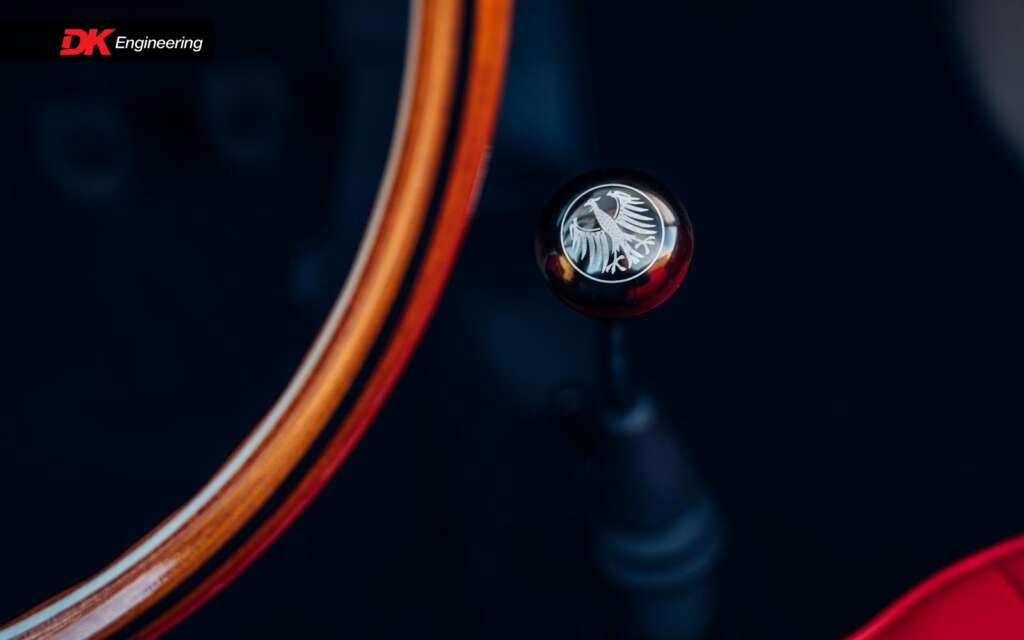 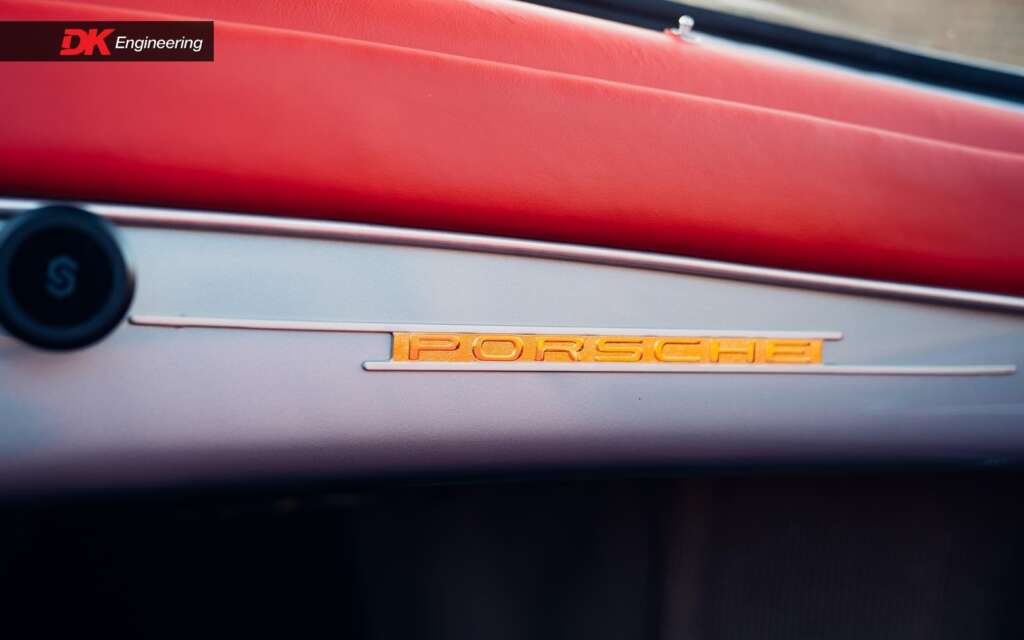 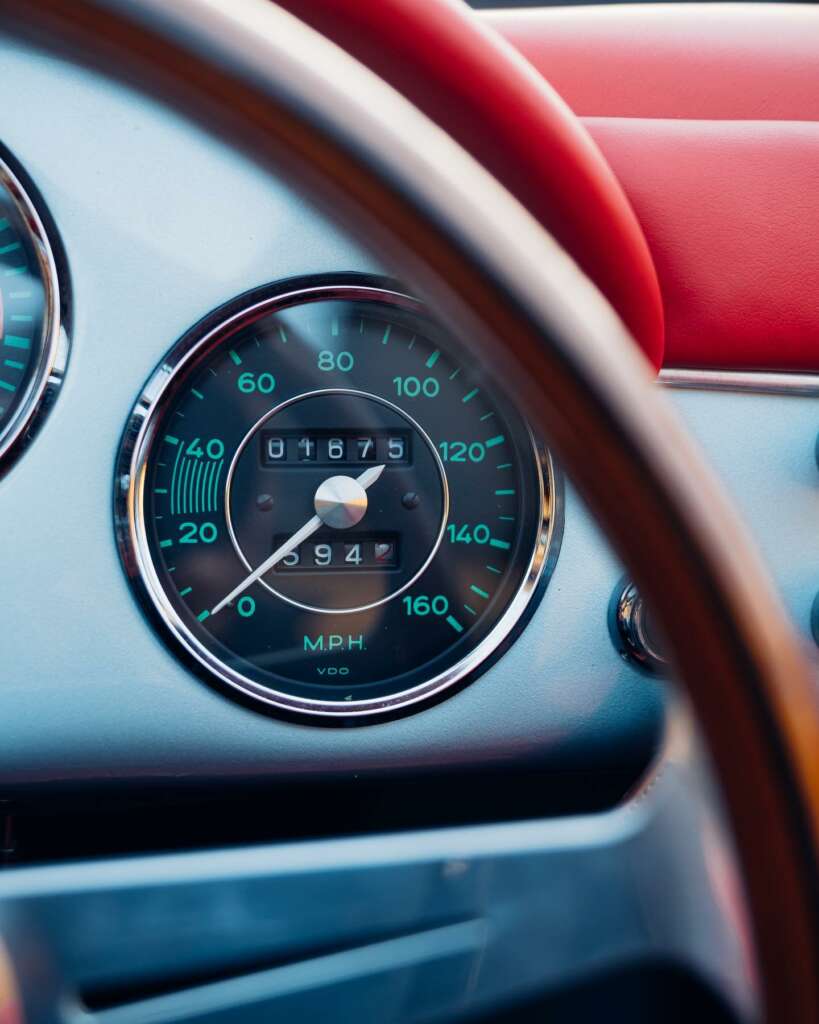