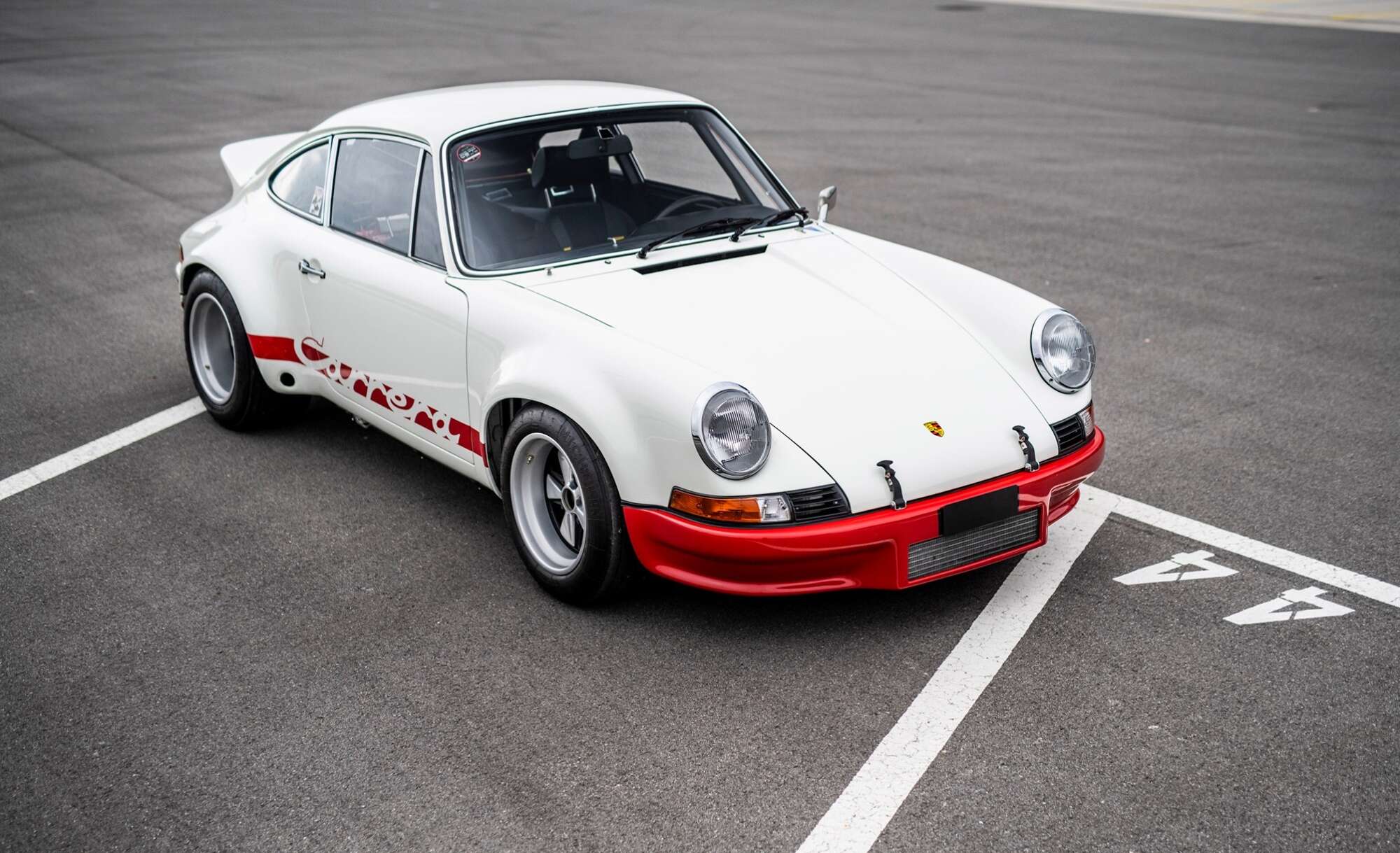 It is no coincidence that the shape of the 2.8 RSR seems more instantly recognisable than ever; recently a whole industry has sprung up with Porsche collectors paying vast sums to back-date their younger 911s to look very similar to the 2.8 RSR, the last great 911 before the G-series bumpers appeared and took away the purity of the original design. Porsche’s association with motorsport was forged from the very origins of the company, but its dominance in racing only began with the 917 gaining its first win at Le Mans in 1970. The ban on the 5.0-litre sportscar class seemed like a reverse in fortunes for Porsche but it was at this moment that the 911 finally came of age.

Previously, the 911 had been a contender for class honours in major races but the introduction of the road-going 2.7 RS saw Porsche homologate the 2.8 RSR under FIA Group IV regulations for GT cars. A small increase in capacity to 2,808 cc hinted at a total rework of Porsche’s flat-six engine; four-bearing racing cams, high compression pistons and twin-spark cylinder heads with bigger valves, all contributed to power increasing from 210 bhp with the 2.7 to a remarkable 300 bhp (nearly 110 bhp/litre, an astonishing figure for 1973). All this extra power required greater braking performance so 917-type brakes were fitted, and wide wheel-arches allowed for more grip from enormous 9 and 11-inch-wide Fuchs wheels at the front and rear respectively. Further weight reduction over the RS Lightweight saw the 2.8 RSR weigh just 840 kg, thanks to Porsche replacing much of the glass with Perspex, lightening items such as the flywheel and even making the cooling fan smaller. Despite the weight reduction programme, Porsche strengthened areas of the chassis to make sure it could withstand the tough endurance races it would compete in.

Porsche’s single-minded approach to the RSR programme immediately paid dividends, not only did it take overall victories at the 1973 Daytona 24 Hours and Sebring 12 Hours, but it won that year’s Targa Florio which would be the legendary race’s last appearance in the Worlds Sportscar Championship.

Porsche’s customer 2.8 RSRs (M-491 specification) saw 49 cars delivered to privateers around the world. One of the earliest 2.8 RSRs delivered, chassis number 9113600614 was originally destined for Horacio Alvarez who planned to compete at the 1973 Daytona 24 Hours with it. A delay in delivery meant that Alvarez competed in his 911S with Diego Febles; the postponement of the delivery was fortuitous for 0614, less so for Alvarez who suffered an enormous accident through fatigue in his 911S and resulted in his permanent retirement from racing. Even the arrival of a beautiful new 2.8 RSR could not persuade the Alvarez family to allow Horacio to race again so he came to an arrangement with Diego Febles, and Febles took delivery of 0614 in Puerto Rico, paying his friend in instalments as he was unable to buy it outright. Despite his lack of funds, Febles immediately started racing his 2.8, winning races around the Caribbean, with occasional excursions to the US including in August when he beat Vasek Polak to win the SCCA Copa Turismo race at Riverside.

Febles’ first major race would be the 1973 Daytona Finale 250 Miles in late November. Despite the 2.8 RSR being less than a year old, Brumos had already come up with a raft of improvements for the IMSA regulations including a larger ATL fuel tank, quick fillers through the bonnet, a full roll cage and a deep front air dam. Realising his 2.8 would not be competitive at Daytona, Febles sent 0614 to Brumos and the modifications above are listed in the period invoice (on file). Even after his investment, Febles suffered damage to the front bumper, causing several lost laps and resulting in a 24th overall finish.

Nineteen seventy-four would bring more victories for Febles around Central America and a win at the Hollywood Speedway Park in Florida. During the year, he continued to make small changes to keep ahead of the competition including 0614’s ducktail spoiler becoming a later whale-tail.

Febles’ last outing in his RSR would be at the 1975 Sebring 12 Hours, sharing the drive with Hiram Cruz. For this race he had now brought 0614 up to 3.0 RSR-specification, a modification that the majority of 2.8s received in period. There was fierce opposition on the grid including works BMW 3.0 CSLs, Ferrari Daytona Group IVs and an array of Corvettes and Porsches, but Febles and Cruz came home in a commendable 8th out of 69 starters.

Febles’ sale of 0614 was prompted by his purchase of Peter Gregg’s unbeatable 3.0 RSR. With five further owners, this RSR was known to have raced around Central America up until the early 80s, competing in races such as the 1979 El Salvador 6 Hours. By 1989, it was in Panama with the Pescetto brothers who sold it back to Diego Febles! His ownership was during a period of rapid value increases and the chance of a quick profit proved too tempting for Febles so he sold it on to Mats Linden. After several years in storage, ownership passed to Richard Faille who engaged the services of Johnny Chatillon to restore the 2.8 RSR, all with the aim of competing on the Tour Auto. After six Tour Autos and three Le Mans Classic participations, Faille sold 0614 to the current owner in 2013.

Fallie’s avid historic racing and rallying efforts had left their mark on the car and the current decided that the best course of action was a full restoration to improve previous repairs and bring 0614 to a correct specification; for this project renowned marque expert Marc de Siebenthal completed the restoration. The RSR was stripped entirely and older repairs were sorted with a careful eye being kept on originality, before a bare metal respray was carried out. The correct-type 2.8 RSR engine was rebuilt (along with a 3.0 RSR engine which is available by separate negotiation), and the rest of the mechanicals were rebuilt. Attention has been paid to make sure it has correct details whilst still being able to compete in historic racing events, for example it has the original Heinzmann fire extinguisher system (copper piping!) whilst having another modern fire extinguisher.

Finished in exactly the specification from when it left the gates of Zuffenhausen but with the red bumper colour of Diego Febles, 0614 competed in its first event, the Porsche 70th Anniversary race at the 2018 Le Mans Classic. Although it was fresh out of restoration, 0614 finished 3rd overall with its ‘gentleman driver’ owner at the wheel, behind a 910 and 3.0 RS.

Not only does the twin-plug flat-six 2.8 engine produce one of the most incredible sounds in motorsport, but the 2.8 RSR is one of the greatest cars to compete on the race track, and perhaps the finest GT race car to leave the Porsche factory. Ready to be used in some of the best car events around the world, including Le Mans Classic, Rennsport Reunion, Luftgekühlt, Tour Auto and Modena Cento Ore, this road-legal Porsche is also able to be simply enjoyed on the open road. This wonderful 2.8 RSR would be a welcome addition to any collection. 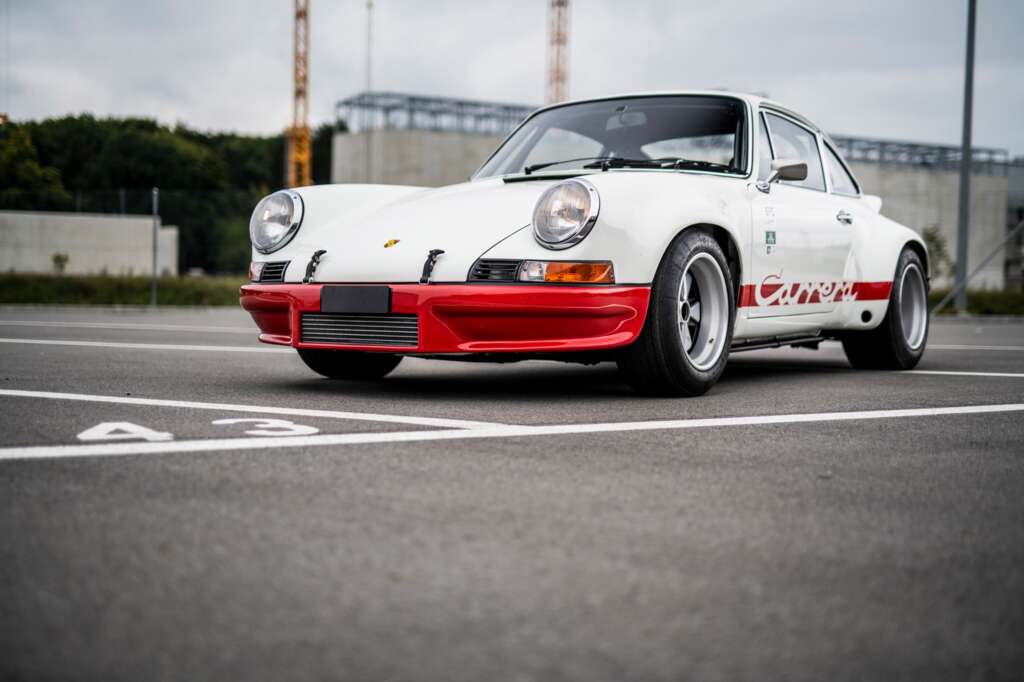 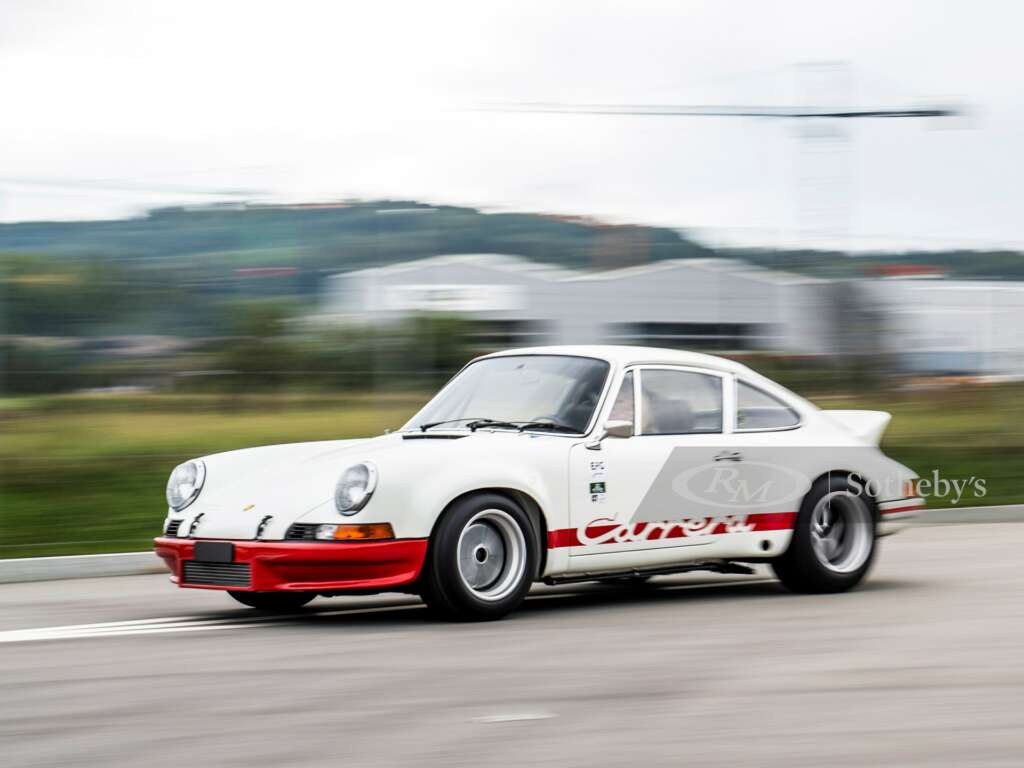 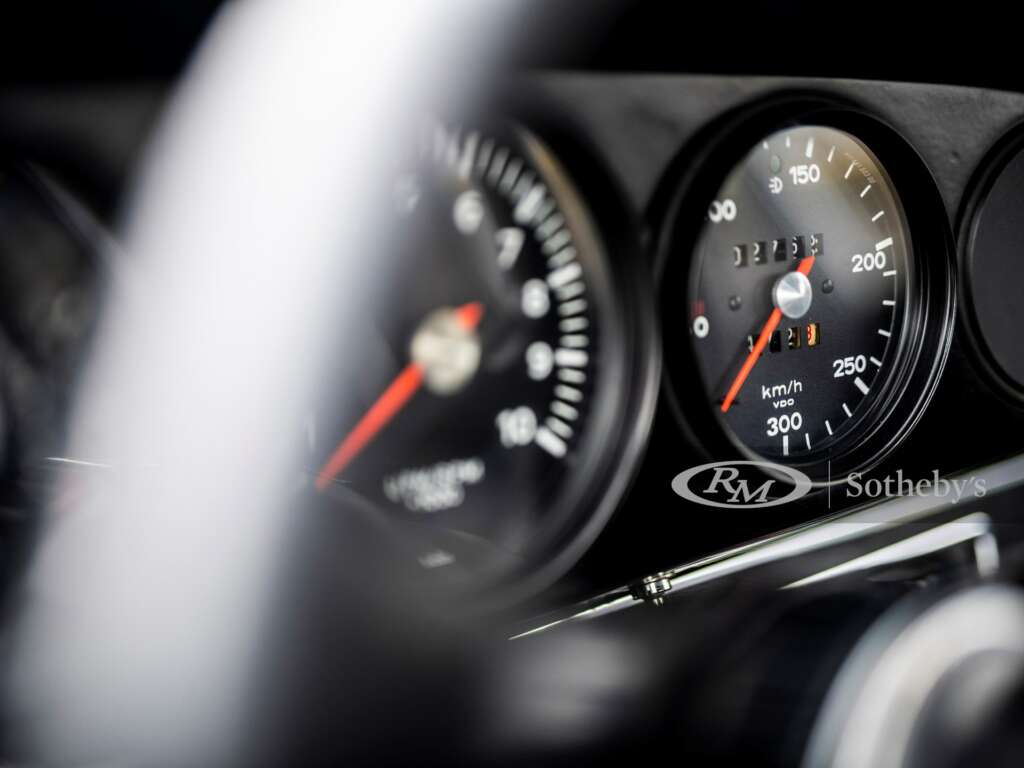 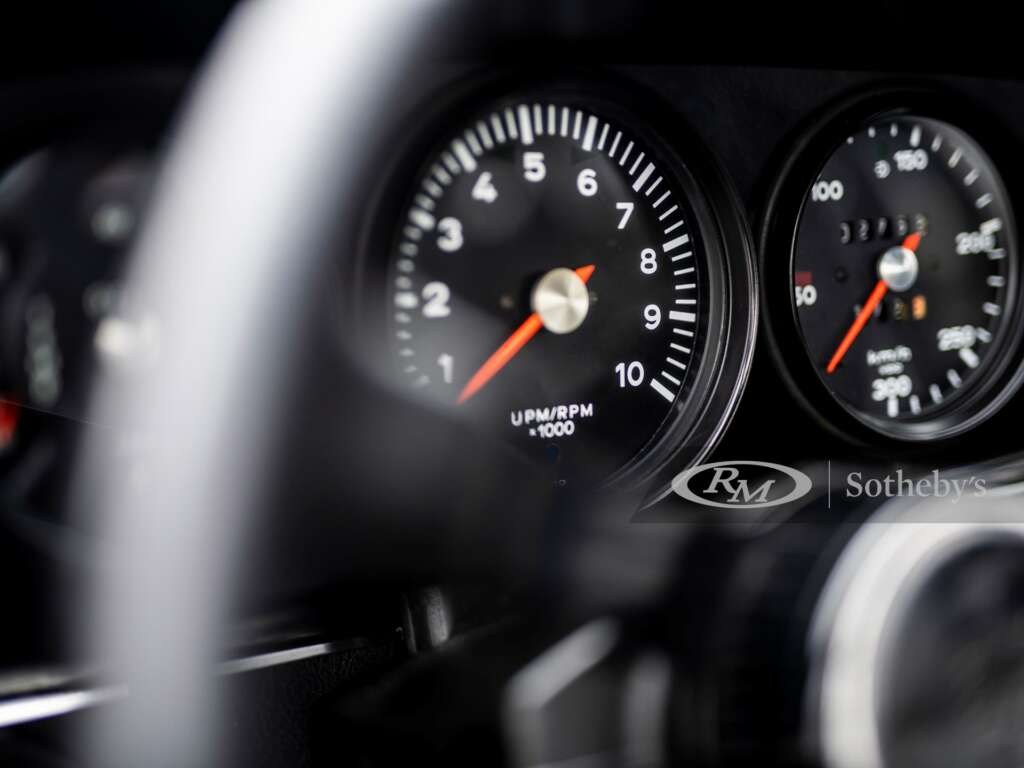