The car was imported when new to Japan by Art Sports who sold the car to its first owner in Yokohama in 1996. The car was used occasionally, covering just 19,078 kms (11,850 miles) with its first owner in the first five years. In 2001, the car was purchased by its second keeper, who would care for the car over the course of the next 14 years. The car was serviced bi-annually and used sparingly. At the time of purchase by the current owner in 2015, the car had covered just 37,150 kms (23,080 miles). Joining a world-class car collection at this time, the car has covered just 200 kilometres since. The „Carrera RS“ term clearly originates from 1972 and the launch of the Iconic 2.7 RS, the success of which would later go on to form the starting point for a number of driver-focussed ultimate 911 models. Despite the success of the original, Porsche was not to introduce another RS to the market for another 18 years until, in 1991, it created Type 964 RS of which 2,282 examples were produced. Later in 1995 the 993 RS (the last air-cooled RS) was released of which 1,014 were sold worldwide, plus 227 that were built to the highly sought-after Clubsport specification. All RS models are highly sought after but arguably after the original Carrera RS, the 993 RS being the last air-cooled RS and more recently the 997 RS 4.0 (the last manual RS with a manual gearbox) are in the highest demand.

The 993 RS like all RS models featured a significant change from the Carrera and Carrera S models and was the street version of the 993 Cup car. The RS utilised an enlarged 3.8 Litre motor which in the RS produced an impressive 300 BHP. The 993 RS was the first Porsche to have a variable intake manifold system called Varioram. At low rpm, the longer induction tract is good for the torque and at 5100 rpm the vacuum-operated sliding sleeves in the induction manifold shorten the intake-runner length for better high rpm output. The Varioram was added in order to make the car more enjoyable for everyday driving, so the driver wouldn’t have to keep revs up all the time. The bodywork featured a weight-saving aluminium front bonnet, and the drive train featured a limited-slip differential with 40% locking value under load and 65% under deceleration. The shock absorbers are fully adjustable, as is the suspension ride height.

The exterior of the RS was easily distinguishable by a special non-retractable rear wing, small front flaps and 3-piece 18-inch Aluminium split rims. The headlight washers were deleted for weight-saving reasons as were the rear seats. Additionally, Recaro Pole Position bucket seats replaced the standard and spartan door cards were installed. Soundproofing was also reduced to a minimum. Electric windows, Radio, Air Conditioning and airbags were all optional to each car and so it is important that today an RS has the correct spec.

Built in 1995 to C22 Belgian specification; this 993 RS was optioned in Speed Yellow with: 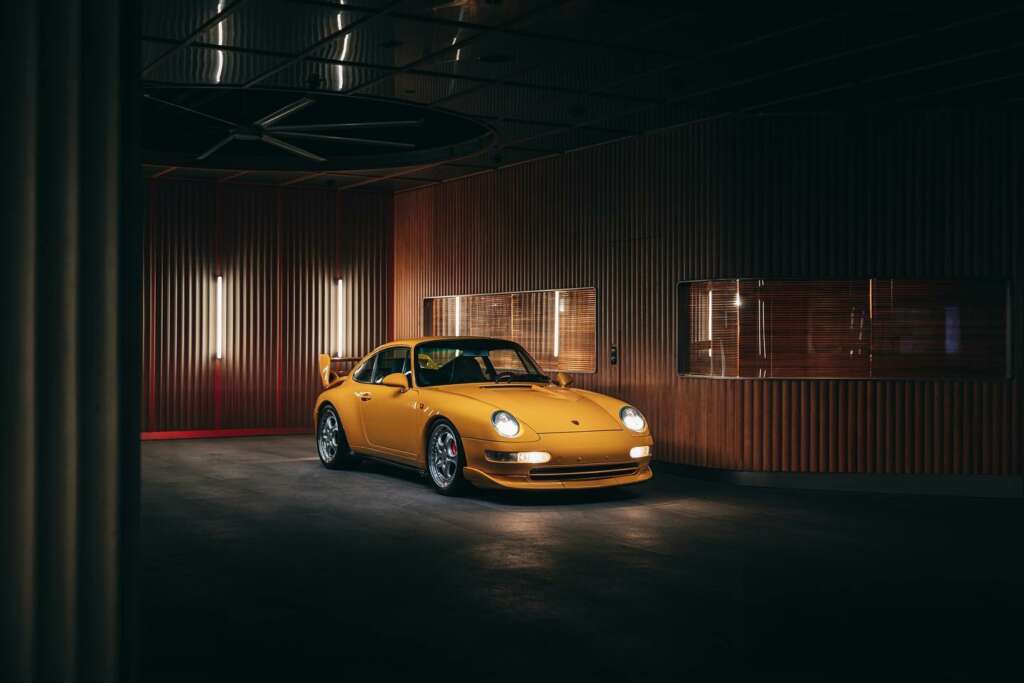 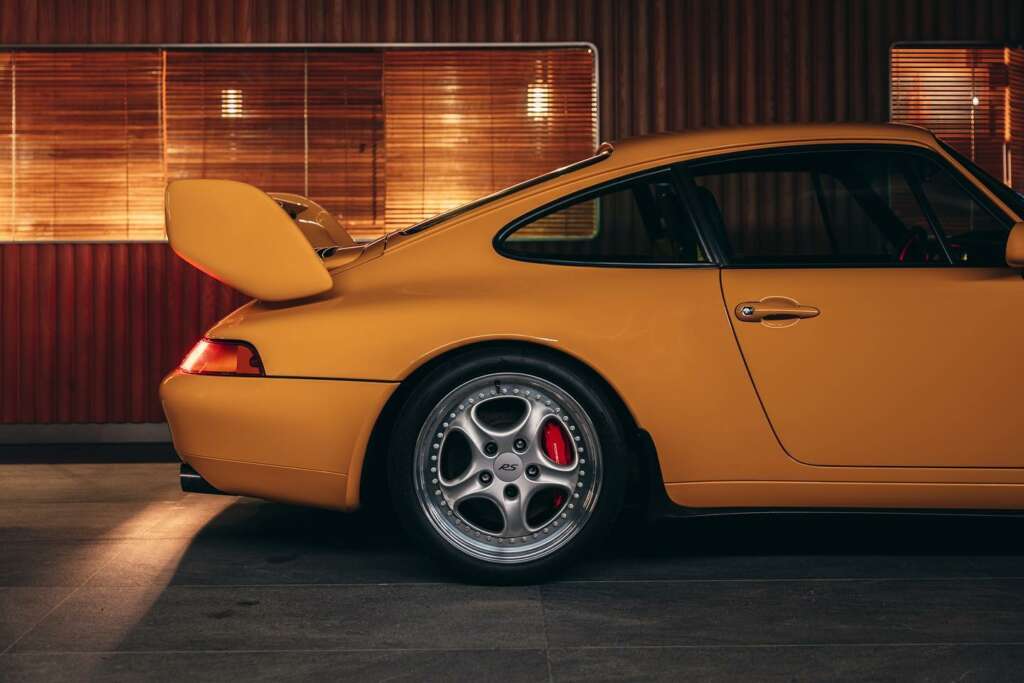 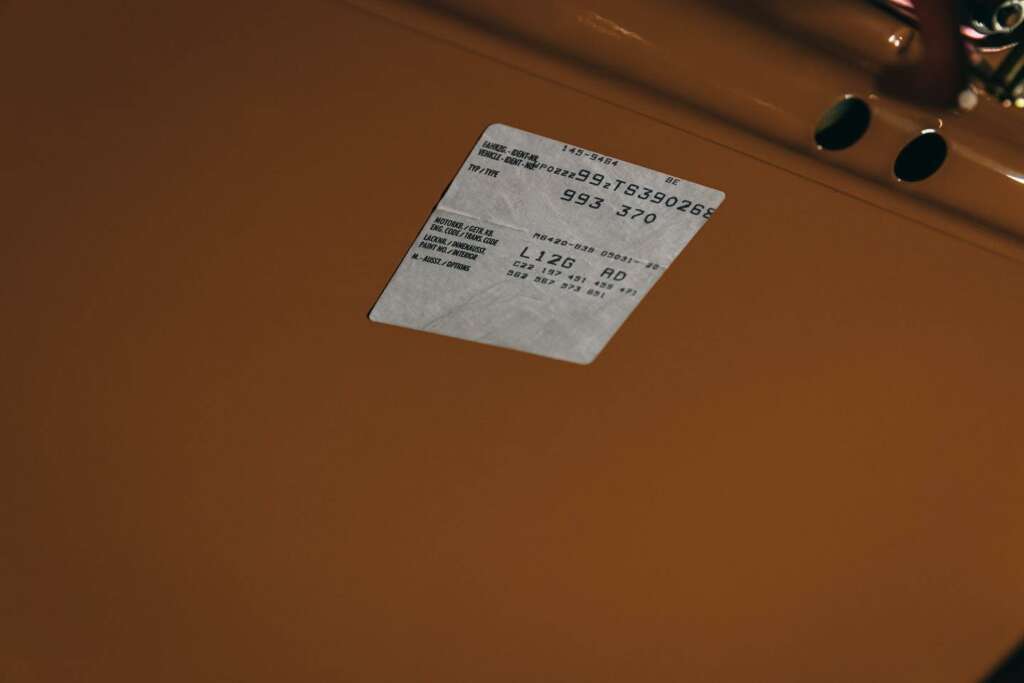 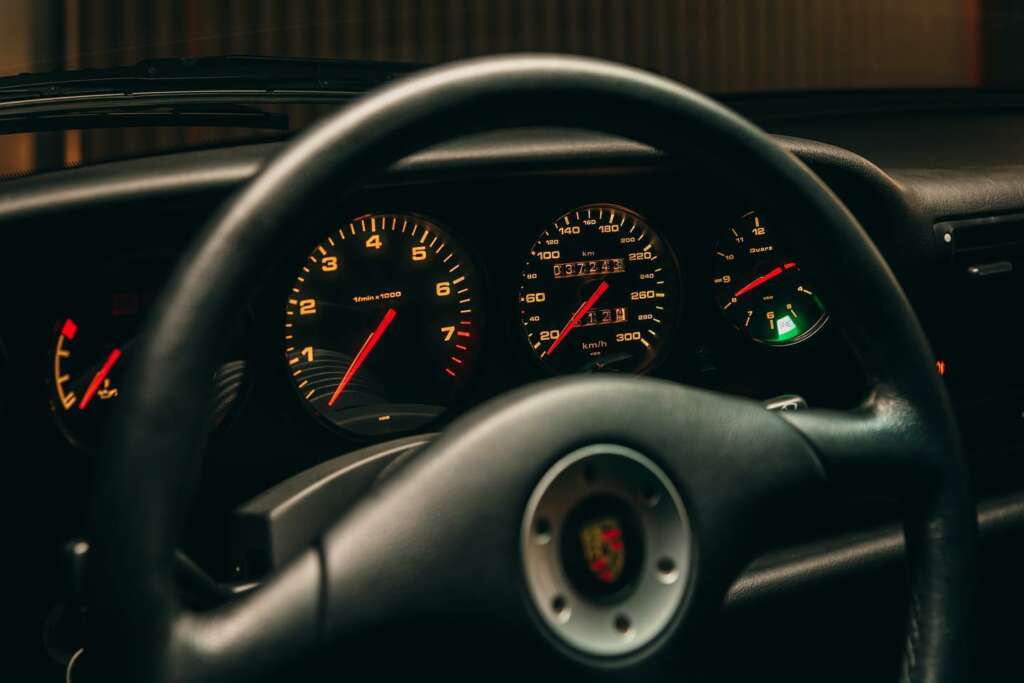 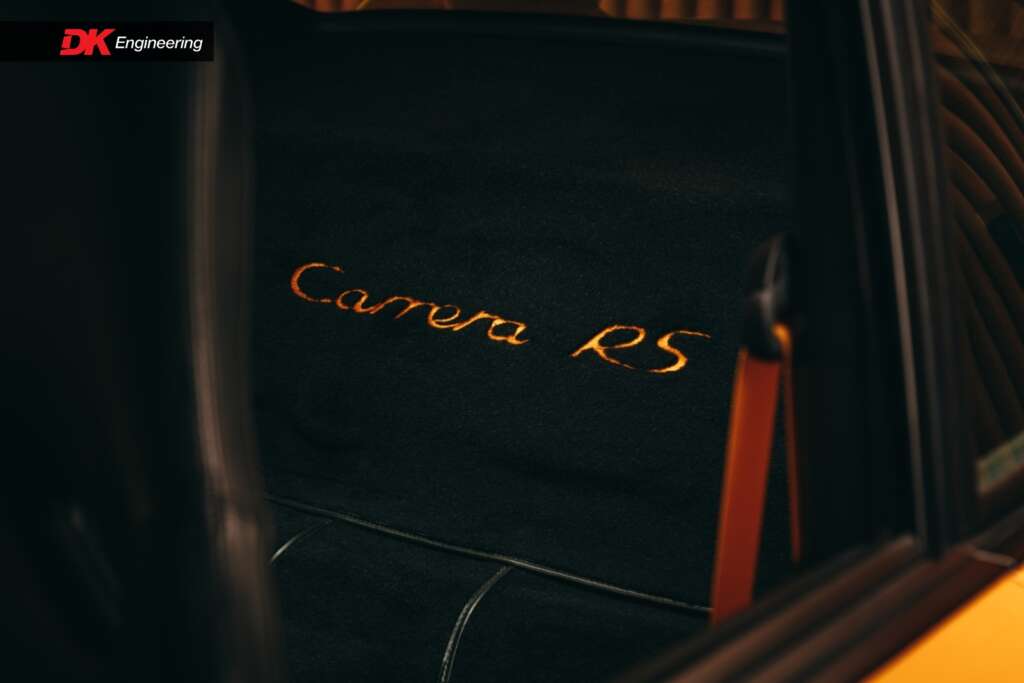