The car presented is a Porsche Carrera GT from 2004. Delivered new in France, the car has had 2 owners. It comes in a Silver GT livery, black leather interior. The car has always been perfectly maintained and has obviously never been in an accident. It is in the same condition as when it was delivered. The bodywork is flawless. The rims are in perfect condition. All maintenance invoices are present (more than 65 000 euros of maintenance bills), as well as of course the service books. 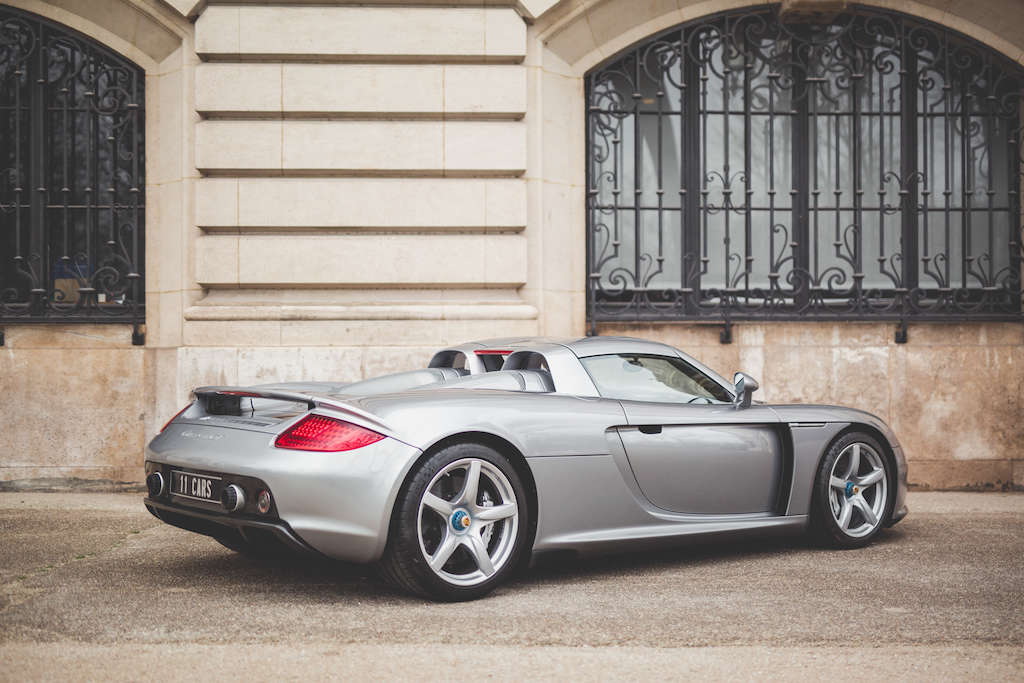 The last major maintenance was done in March 2017 at 21,240 km (maintenance of the 20,000, replacement of the pads, rear shock absorbers, camshafts, … for an amount of 39,000 euros). Note that the clutch of the car was changed in 2012 at 13,000 km, it is in perfect working order. The battery has just been replaced, and the car went through 111 checkpoints at Porsche. A custom-made cover is fitted to the car.

The technical inspection of the car is up to date and is free of defects.

Do not hesitate to contact us for more information.

September 2000, a strange concept car slowly descends the Champs-Elysées. The car heads towards the Caroussel du Louvre where it is awaited by a hundred journalists invited by the manufacturer. Porsche had promised a surprise, but no one expected such a revelation and the Carrera GT taped more than one. It will take more than two years to see the Carrera GT go from living room carpet to asphalt.

Starting point for the Carrera GT project, a dry sump lubricated competition V10. At the end of the 1990s, Porsche was looking for a successor to the 996 GT1 racing car (which was also produced in a civilian version in 25 units). But a change in the regulations brought the project to a halt. The idea of using this block designed for competition in a top-level road car gradually made its way. All that remains is to develop all the technology that goes with it. Porsche therefore designed an open monocoque chassis made of carbon fibre and composite plastic (CFP). The engine is connected to this structure thanks to a „false“ carbon chassis. A cradle that is ultimately ultra rigid and extremely light.

The appearance of the second cradle allows Porsche to abandon the carrier engine that was in the concept. The inconveniences of such an assembly being too important for a car intended for customers. The first concept therefore featured the famous 5.5-litre V10 engine with a 68° opening. Its power was then 558 hp. On the final version it was increased to 612hp. It is coupled to a manual transmission with a ceramic clutch. This technique reduces weight and lowers the car’s centre of gravity.

Both the Carrera GT and the Ferrari Enzo were at the origin of the revival of supercars. These cars have ushered in a new sporting era by offering spectacular performance. The Carrera GT achieves 0-100km/h in 3″9, reaches 200km/h in less than 10 seconds and passes the 330km/h mark. To achieve such results Porsche has worked hard to achieve a light car (1380Kg) and the lowest possible centre of gravity.

The Carrera GT will be produced in 1,270 units, half of them in American specs. 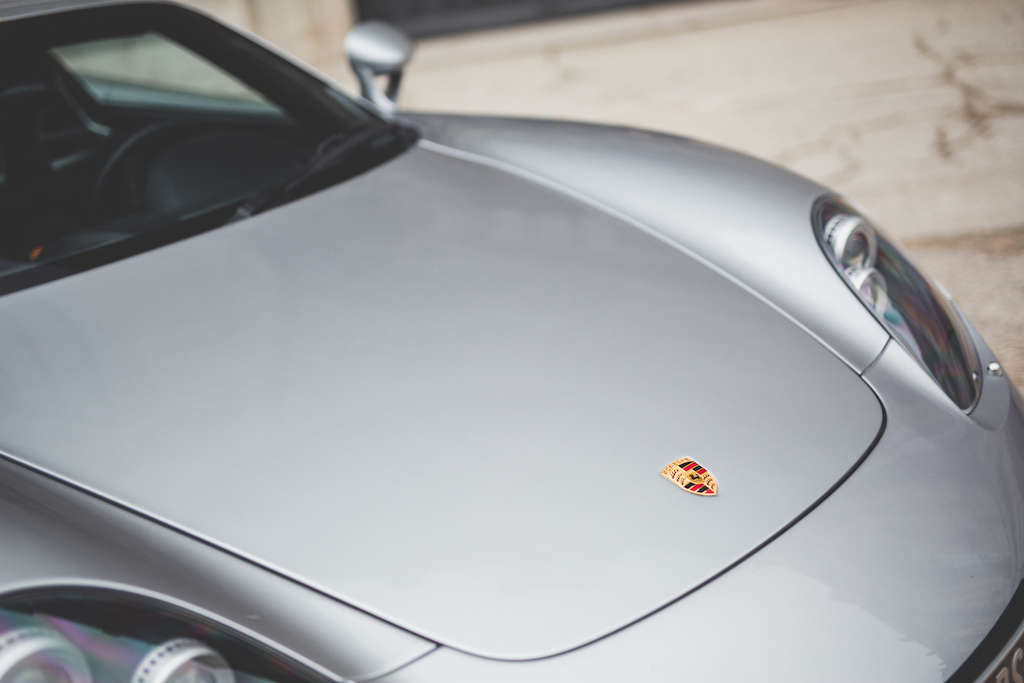 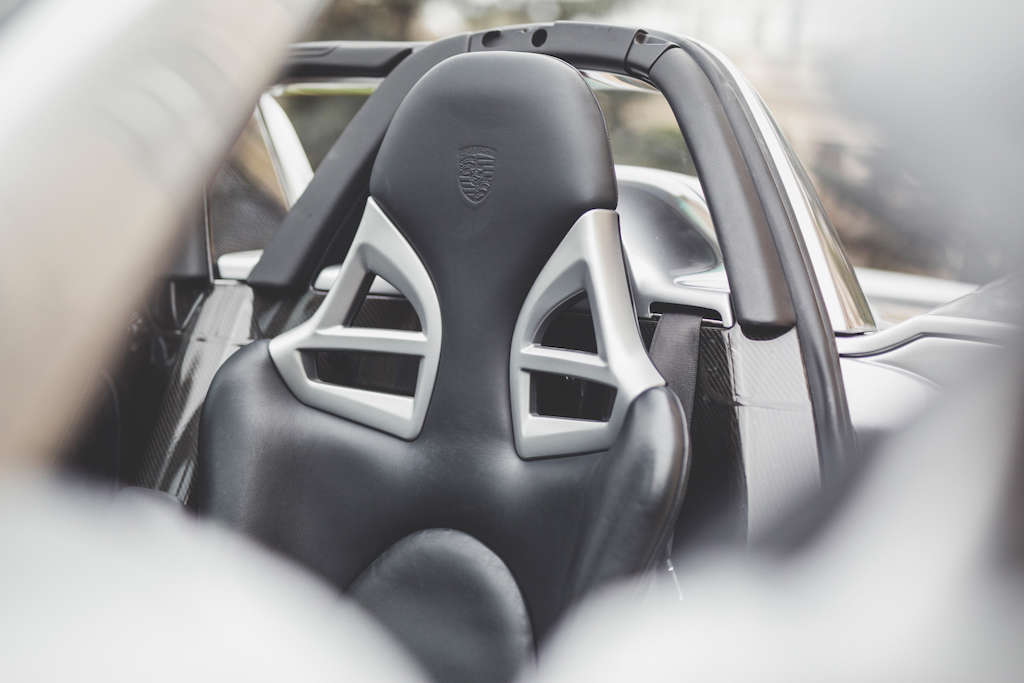 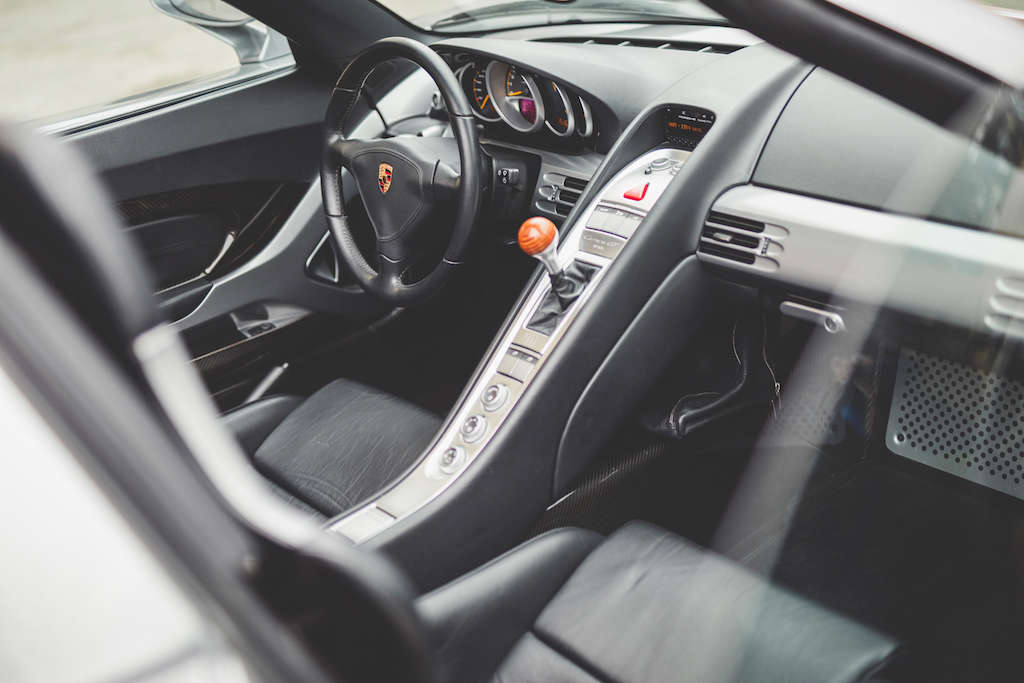 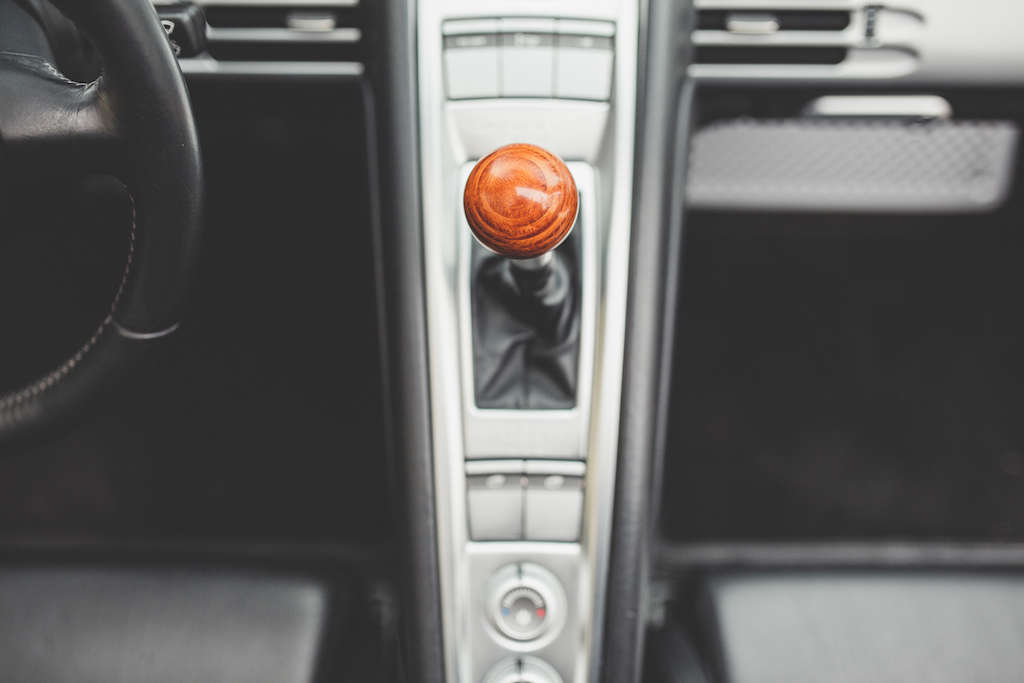 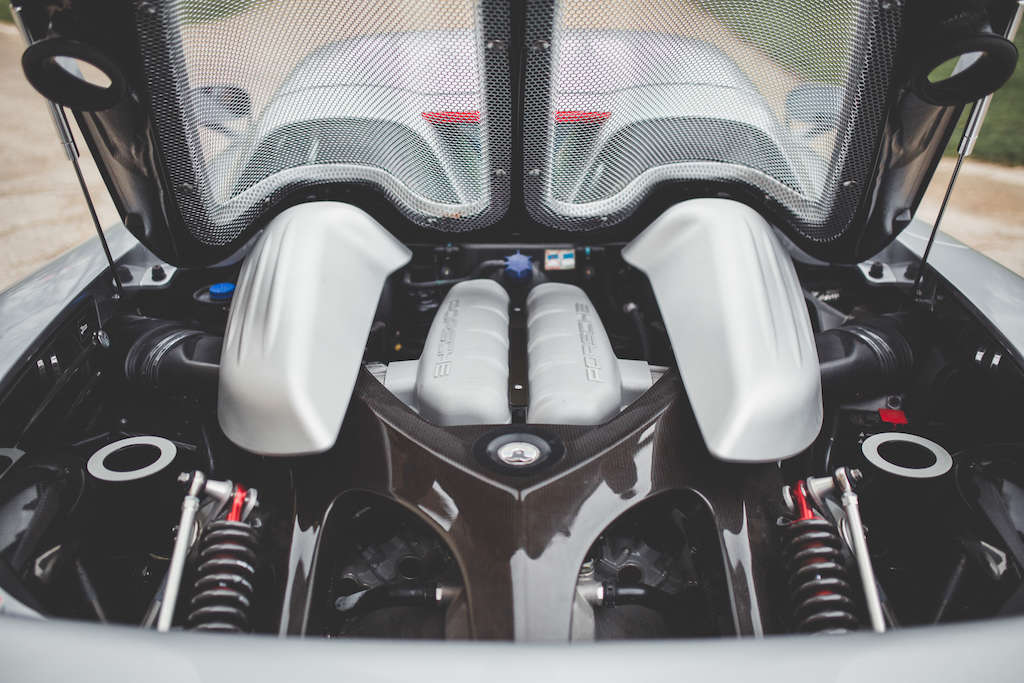