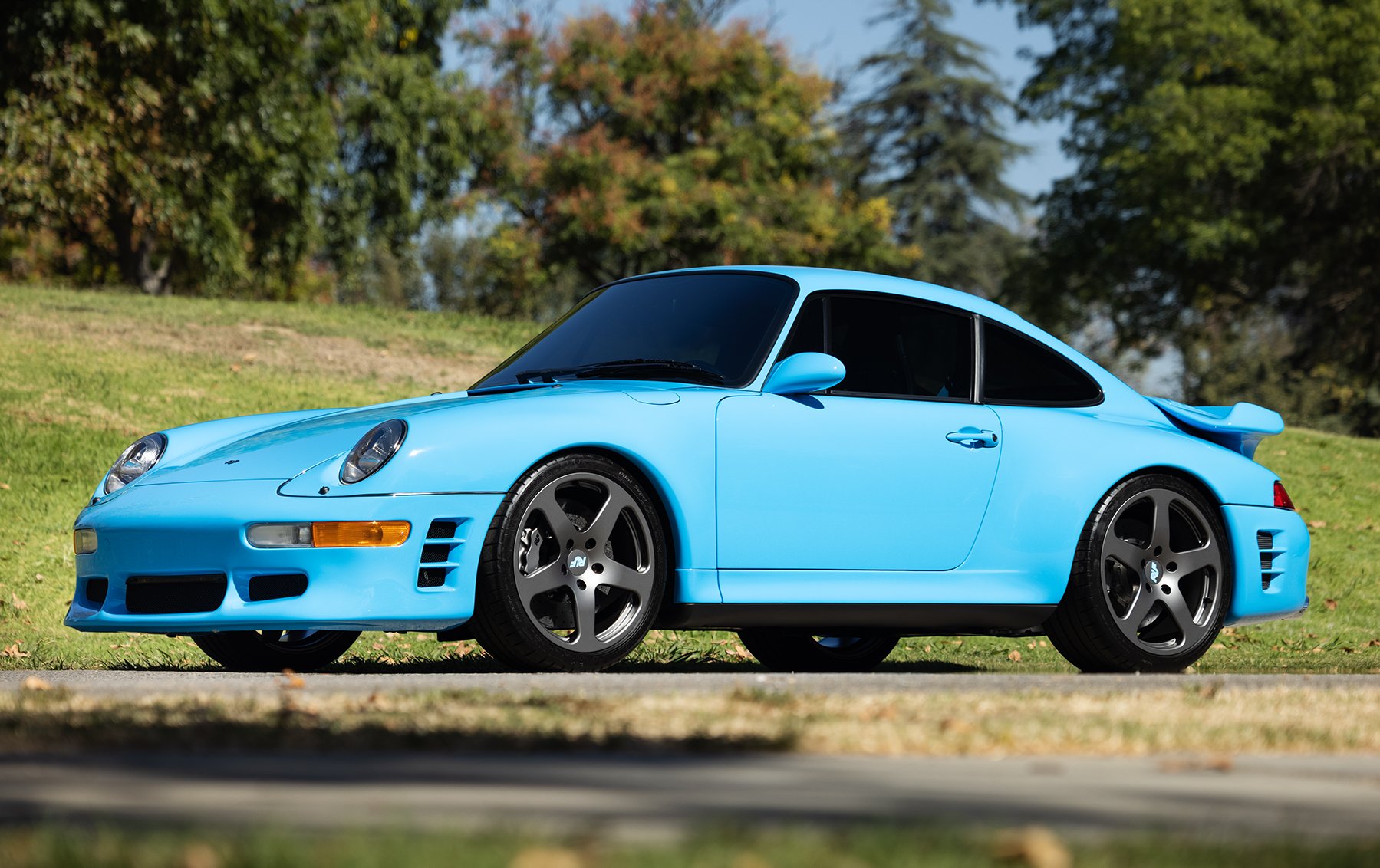 One of Only Seven Turbo R Limited Models Built; The Final Air-Cooled RUF. The Sole Example in Riviera Blue with Unique Titanium Grey Wheels and Calipers. 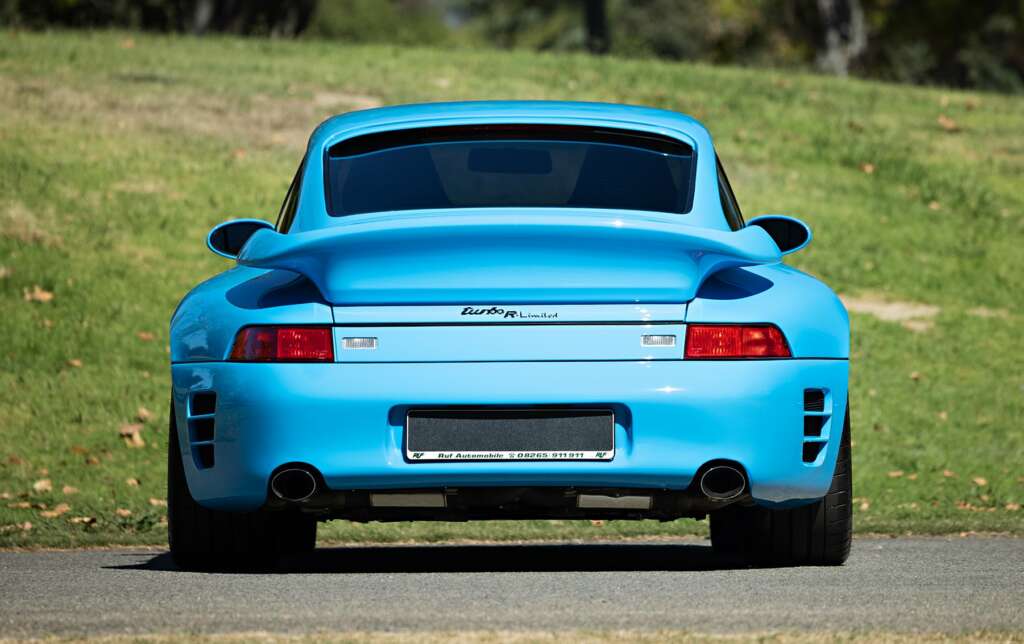 Pfaffenhausen, a small village west of Munich, is home to RUF Automobile GmbH, one of the most unique sports car manufacturers in the world.

The company’s founder, Alois Ruf, developed a fascination with Porsche cars in the early 1960s; in the decades since, RUF has established a singular relationship with the marque. Beginning with sales and service of Porsches, the company has evolved into a boutique manufacturer of exotic, finely engineered supercars. While RUFs share many desirable qualities with their Porsche relatives, they possess an inimitable character and style.

RUF’s history as a manufacturer can be traced back to 1974, when Alois Ruf Jr. took over the company. In 1981, the German Federal Bureau of Motor Vehicles certified RUF Automobile GmbH as an independent manufacturer, and ever since, the company has continued to build extraordinary cars for discerning enthusiasts. The first RUF to carry a W09-prefix chassis was the BTR of 1983, a completely reengineered version of Porsche’s 930, with a 3.4-liter turbocharged engine and RUF-developed five-speed transaxle. Four years later, RUF unveiled its CTR “Yellowbird,” which set new standards for performance in a road-going sports car.

Soon after the introduction of the new 993-generation Porsche 911, RUF introduced the turbocharged BTR2, a tribute to its first production model.

The following year, the company unveiled an even more extreme 993-based model, the CTR2, which featured twin turbos, optional four-wheel drive, coil-over suspension, and dramatic Kevlar bodywork. Finally, in 1998, RUF built the Turbo R, a swansong to the 993 Turbo. The Turbo R featured a reworked 490 hp flat-six, modified suspension, improved brakes, integrated roll cage, and enhanced cosmetics, with a subtle RUF-designed body kit and five-spoke alloy wheels. Claiming a top speed in excess of 200 mph and capable of reaching 0–200 kmh in 11.8 seconds, the Turbo R was among the fastest road-going automobiles of its day.

In 2016, RUF announced a new model called the Turbo R Limited, a tribute to the original Turbo R with an exclusive production run of just seven cars. These Turbo R Limiteds were built on new, unused tubs that had been purchased from Porsche in 1998 and set aside for future development. As such, they represent the very last of the air-cooled generation, yet benefit from nearly two decades of technological progress. The result is a charismatic, traditional 911 Turbo with the performance, safety, and refinement to rival the latest breed of supercars.

In typical RUF fashion, each Turbo R Limited is utterly unique, individually crafted to the exact specification of its original owner. According to the RUF Zertifikat, this car was built for Canadian collector Ryan Ockey, and it is the only example produced in Riviera Blue, one of the most vibrant and desirable colors that Porsche offered during the 1990s.

With just two private owners from new, this Turbo R Limited presents in exceptional condition in all respects; the odometer displayed just over 1,500 km (approximately 932 miles) at the time of cataloguing. The RUF is accompanied by an official Zertifikat, copy of the factory dyno sheet, books, tools, two sets of keys, and the full complement of roadside equipment.

As the company’s final air-cooled model, the Turbo R Limited occupies a unique status in the history of the RUF marque. Not only is it a remarkable demonstration of technical development and engineering prowess, but this model is also, as its name suggests, among the most rare and exclusive of all RUF-built automobiles, with a production run of just seven highly individualized cars.

This magnificent Riviera Blue example, ideally and tastefully specified, is surely among the most compelling sports cars built in recent years and an instant collectible with ample room for future appreciation. 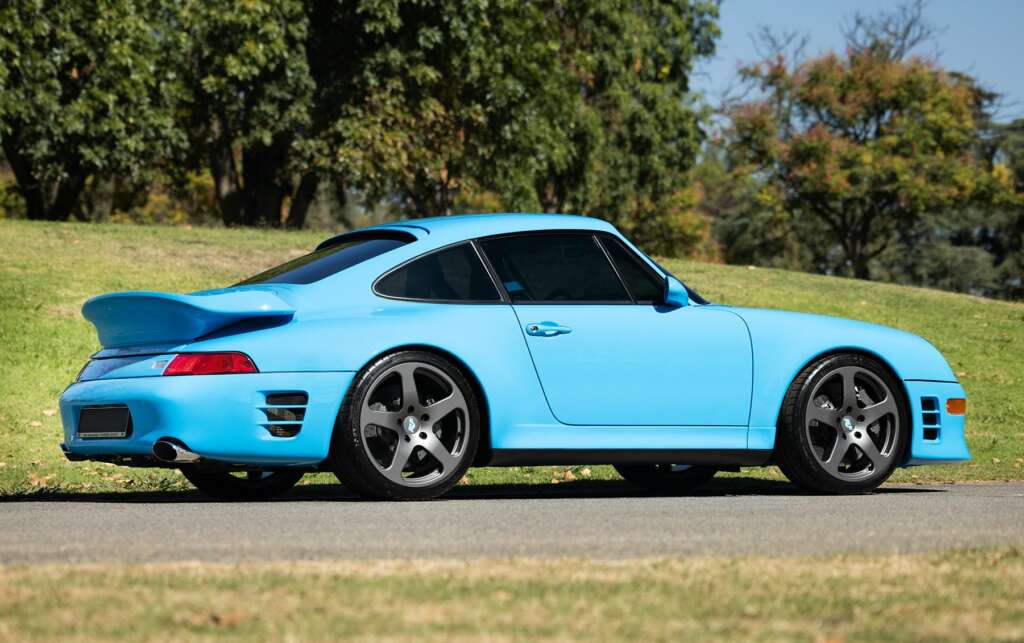 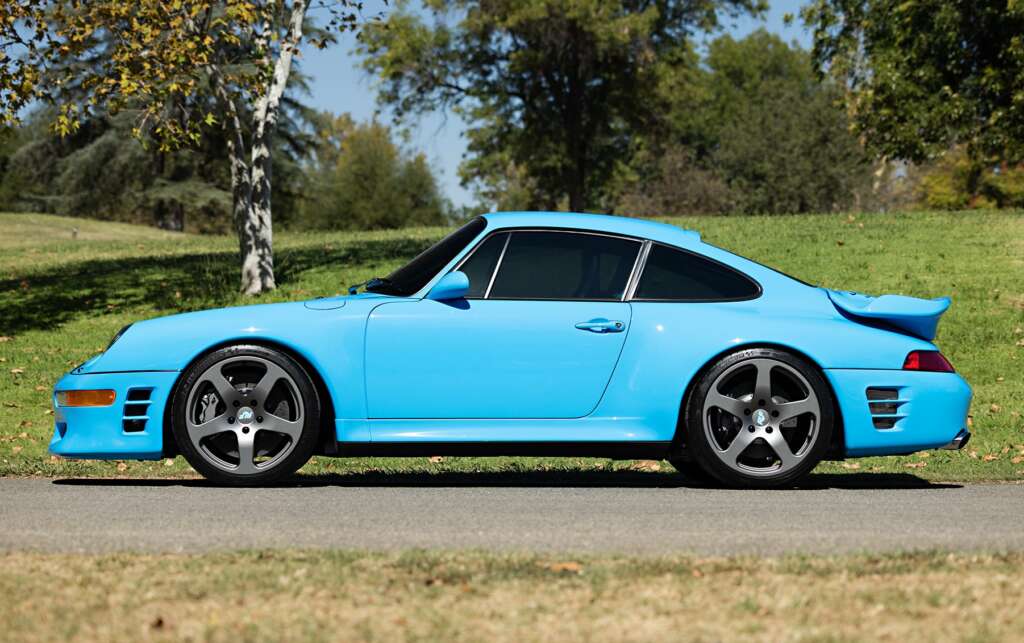 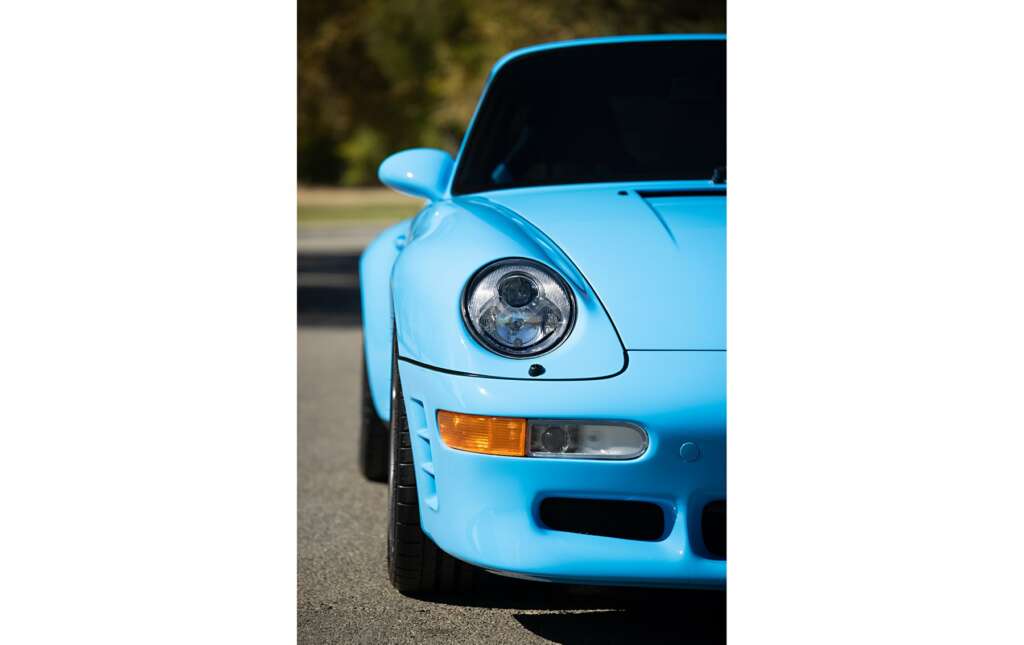 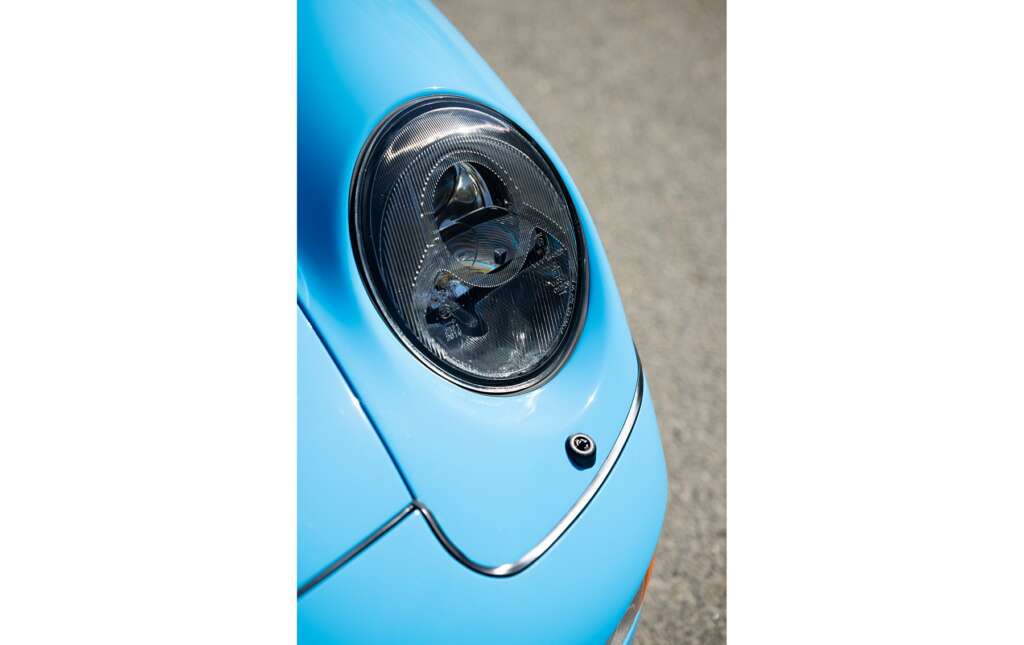 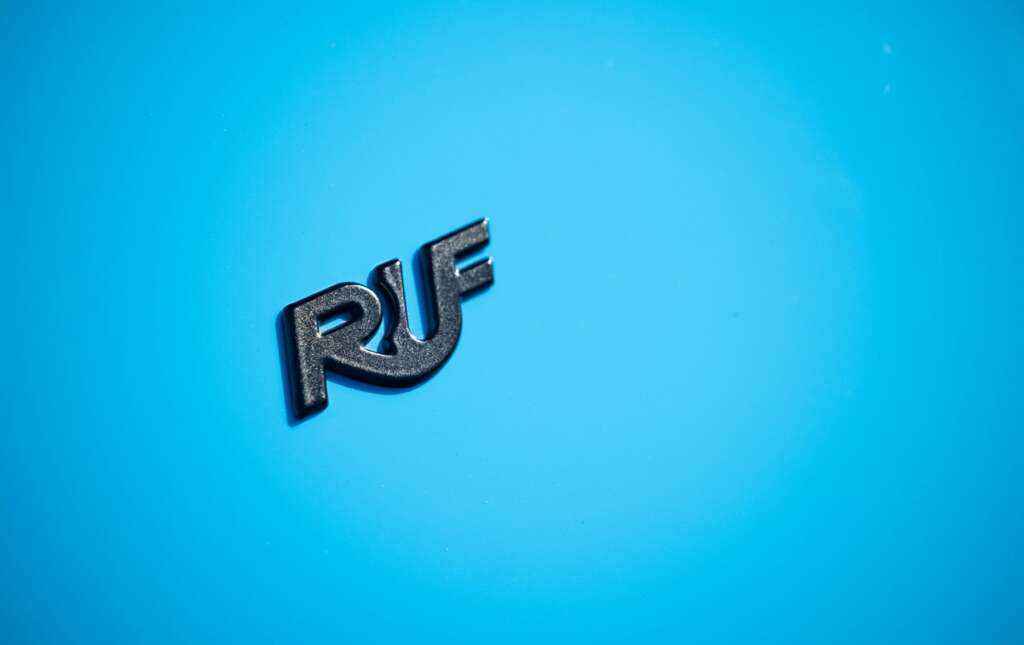 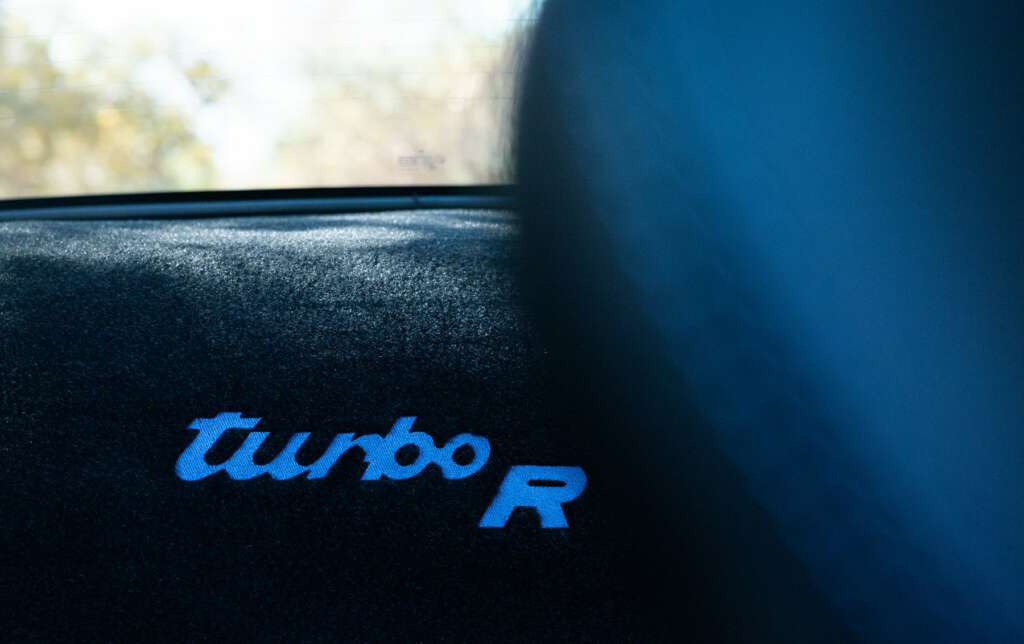 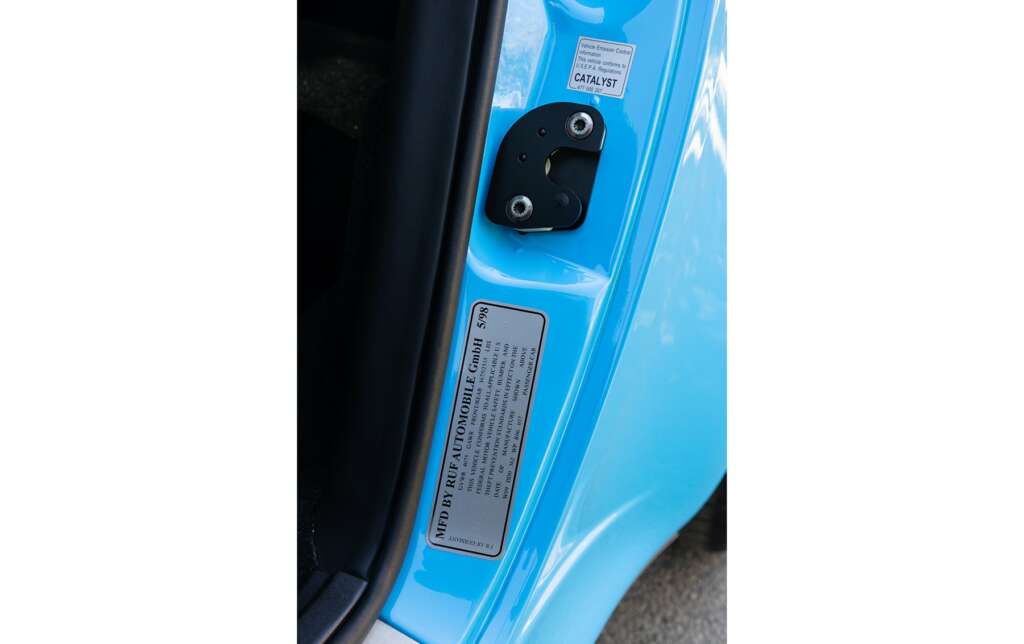 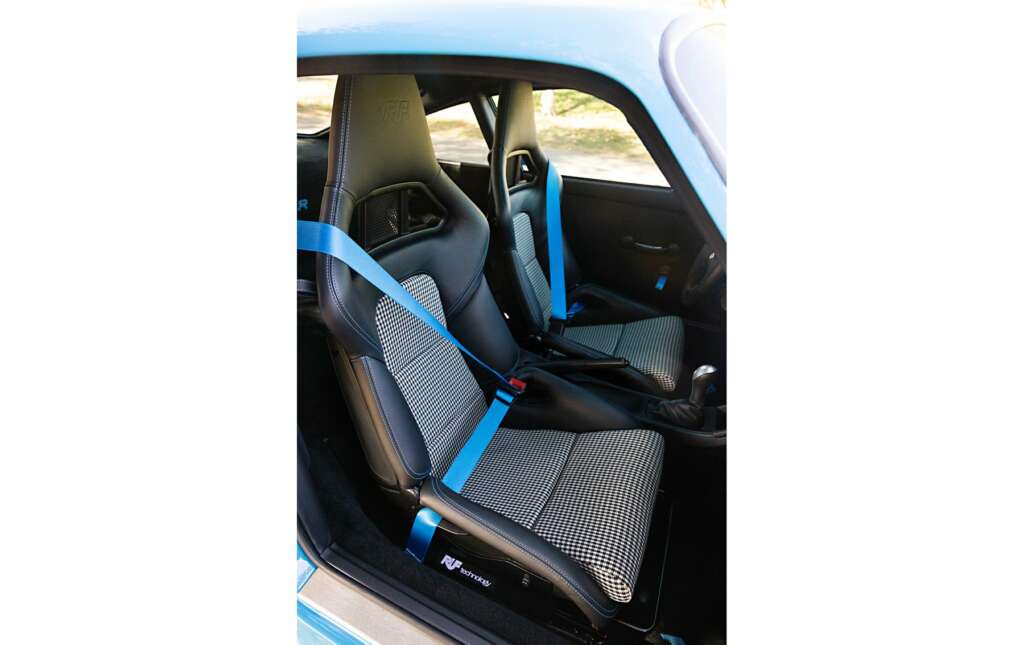 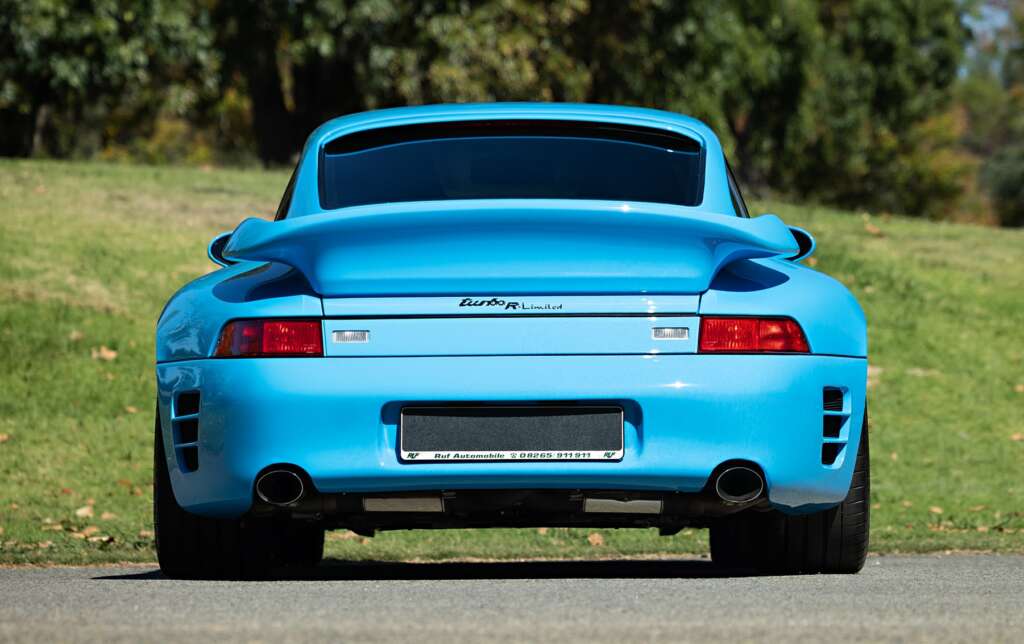 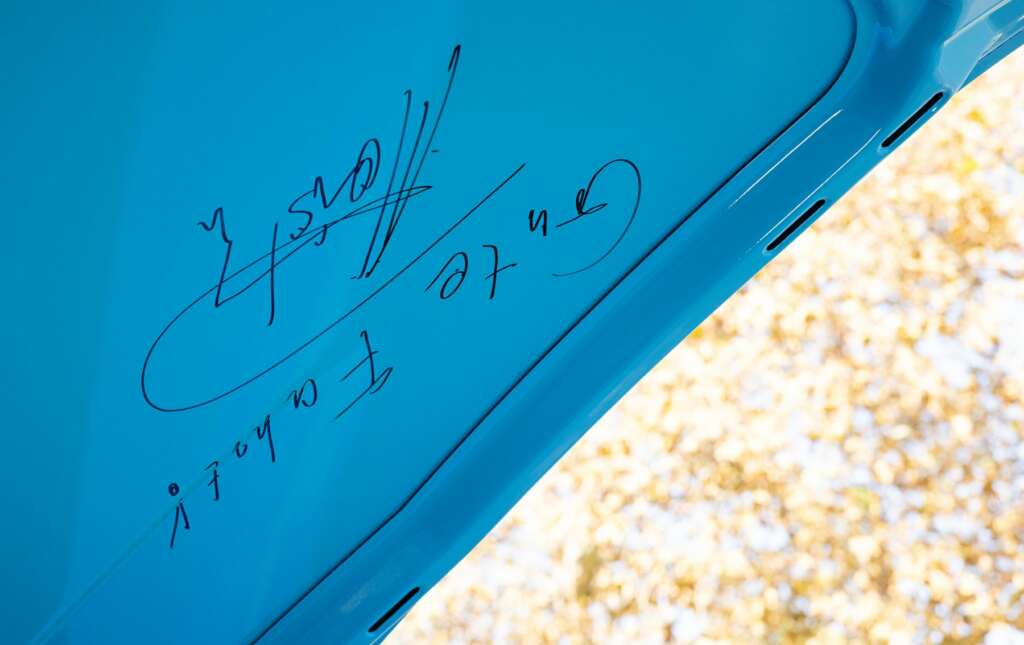 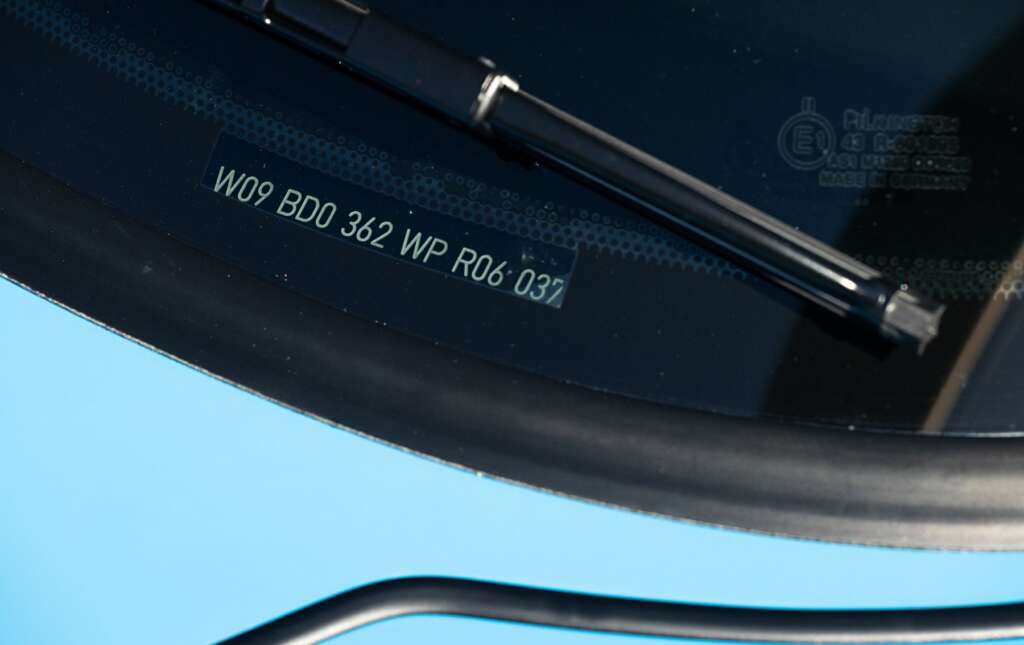 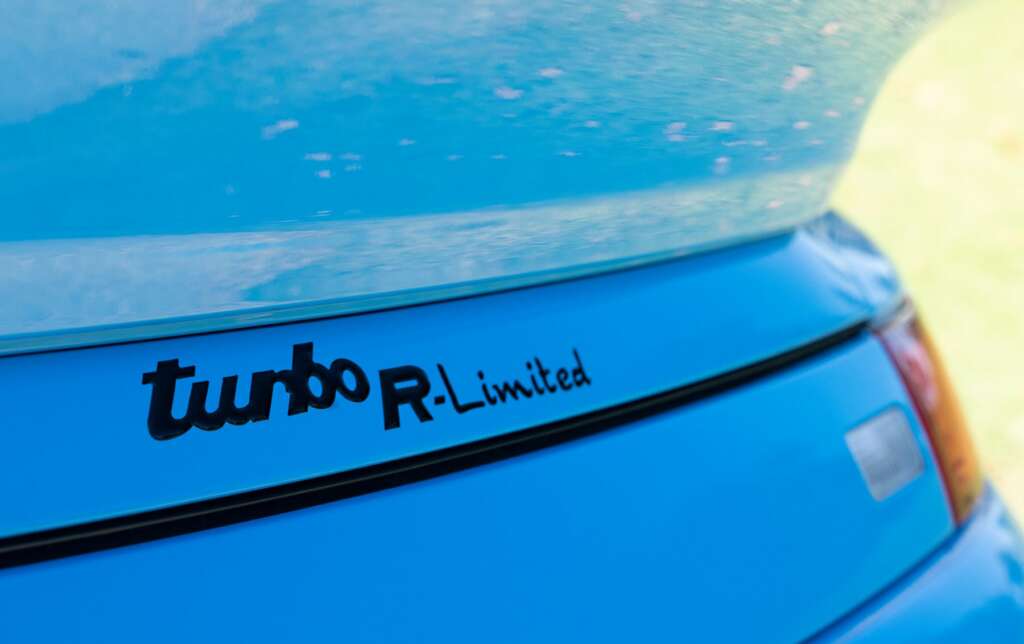