Expertly Restored by the Consignor to 1977 Specification – An Iconic, Usable, and Potent Factory-Racing Porsche 911 Developed during the mid-1970s under Wolfgang Berger and Norbert Singer, Porsche’s 934 was the raucous FIA-homologated Group 4 racing version of the turbocharged 930 road car. Given the importance of racing success in America to sales, the 934 prototype was submitted for inspection by IMSA’s John Bishop for inclusion into the Camel GT series in late 1975. Fearing the 934 would dominate, much as the 917/30 did in Can-Am, Bishop rejected the 934 in 1976; however, the SCCA welcomed it in Trans Am. Almost immediately, the 934 was virtually invincible, winning the 1976 European GT Championship and the 1976 and 1977 SCCA Trans Am titles. The 934 was finally approved by IMSA for 1977, including such upgrades as even wider wheel arches, a wide 935-style rear wing, and mechanical fuel injection. Alternatively called the 934/5 or 934 1/2, the updated 934 was produced in a 10-car batch in 1977. This car, chassis 930 770 0951, was the first example built and sent, along with chassis 930 770 0952, to Peter Gregg at the famed Brumos Racing team in Jacksonville, Florida.

Jim Busby, Gregg’s co-driver at the 12 Hours of Sebring race in 1977, has recalled that 0951 was delivered shortly before the event and hastily prepared by simply replacing the original white hood with another that already had Brumos’ iconic red and blue stripes on it. The pair would qualify on the pole of the important endurance classic, eventually finishing in 3rd place, with the car wearing no. 61. After Sebring, Gregg turned his attention to 0952, selling 0951 to Busby.

Jim Busby had seen significant success racing Porsches, piloting both the RSR and 934 models under the Brumos and Busby Racing banners to victory in 1975 and 1976. He raced 0951 in three more events in 1977, with a 2nd Place finish at Laguna Seca, framed by two DNFs at Road Atlanta and Mid-America in Missouri. He sold the 934/5 at the end of the 1977 season to Portland, Oregon-based racer and sports car dealer Monte Shelton.

During his tenure with 0951, Shelton converted the car to full 935 specification and campaigned it extensively in IMSA and Trans Am competitions in the US and Canada. He earned many strong results, with the highlight being a victory at the Trans Am race in Mont-Tremblant. Shelton raced the Porsche through the 1980 season, and subsequently sold it to Ted Anderson of Bend, Oregon.

While it was advertised for sale in Excellence magazine by a dealer in Tulsa, Oklahoma, in 1992, the next known owner, Karl Singer, purchased 0951 from a Florida auction in the 1990s. Singer raced the Porsche a few times, but did not use it much before selling it to Lloyd Hawkins circa 2001. The car was subsequently restored by Hawkins’ personal shop, and photos on file document the comprehensive work performed. Included are pictures of the production number written in grease pencil on the interior side of each door, which was found during disassembly. Since restoration, the 934/5 was shown just once at the 2020 Amelia Island Concours d’Elegance. It remains in incredibly well-presented condition, having been maintained as part of the owner’s collection of significant Porsche racing cars.

The car’s 1977 Sebring livery is a vivid reminder of its rarity as not only a Porsche that can rightfully wear the iconic colors of Brumos Racing, but one driven by the legendary Peter Gregg.

As the first in a run of just 10 significant factory-built competition 911s, this car certainly stands apart from other cars raced in this period, but built from production shells by privateer teams. Now ready for its next chapter, this Porsche 934/5 will continue to offer enthusiasts of the marque, model, and team a remarkable ownership experience.

*Please note that this vehicle is sold on a Bill of Sale.

Monte Shelton, Portland, Oregon (acquired from the above in 1978)

Ted Anderson, Bend, Oregon (acquired from the above circa 1983) 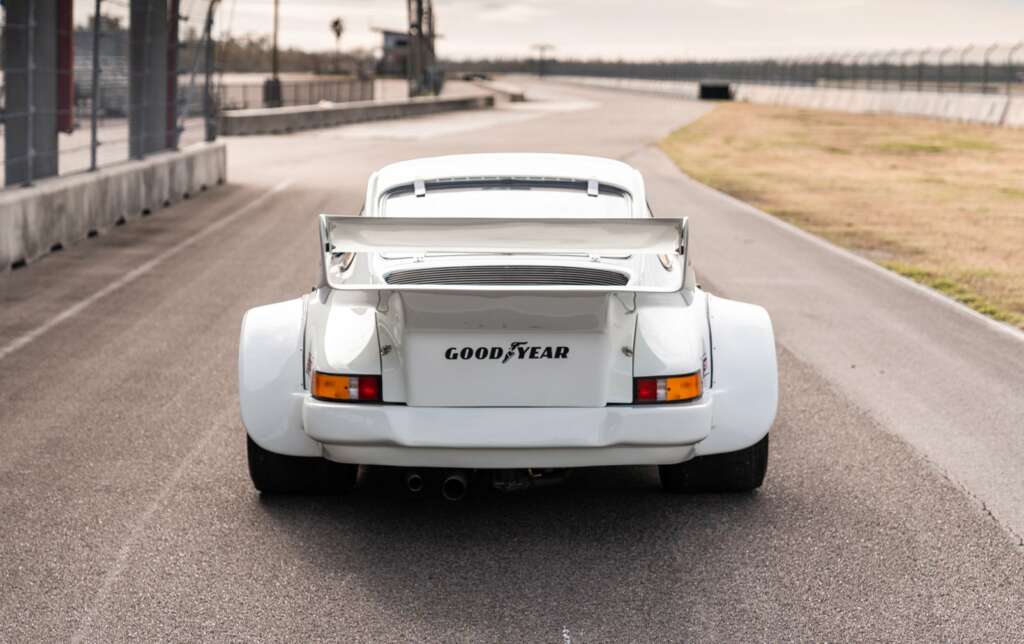 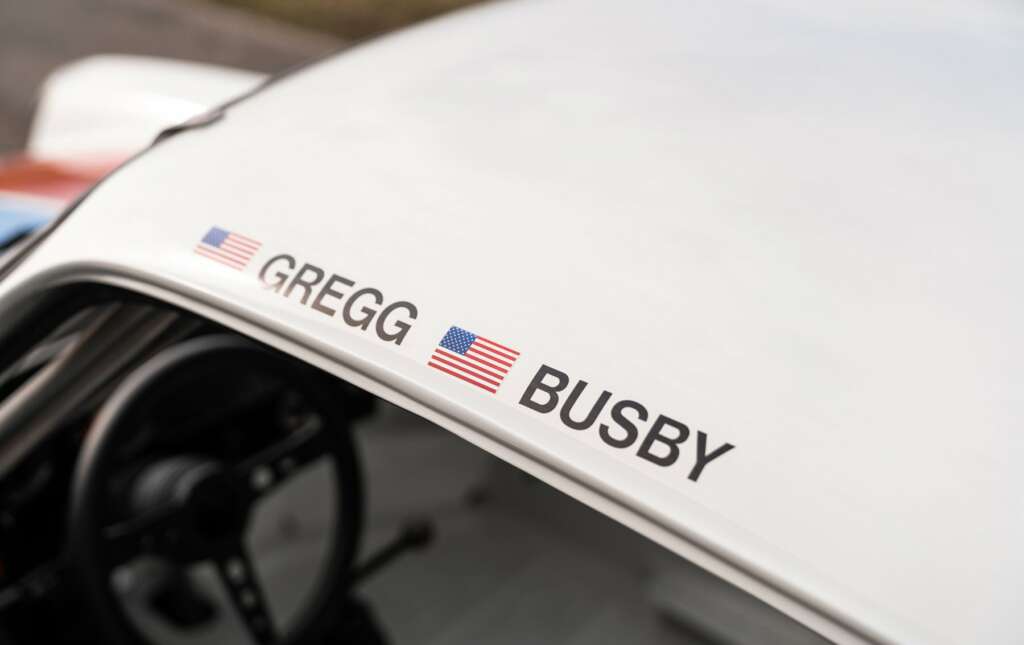 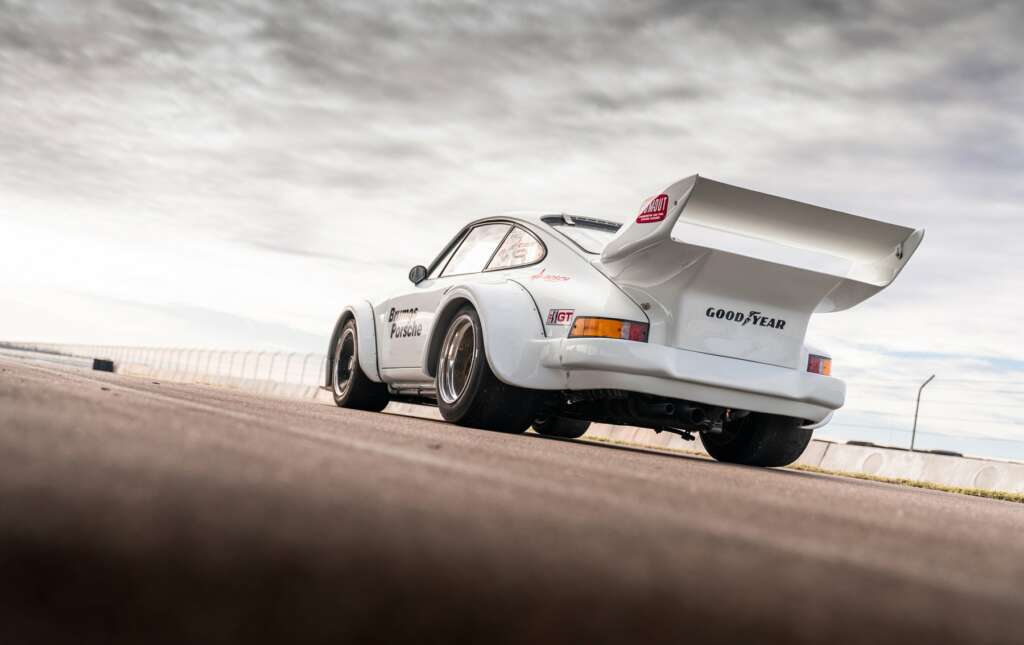 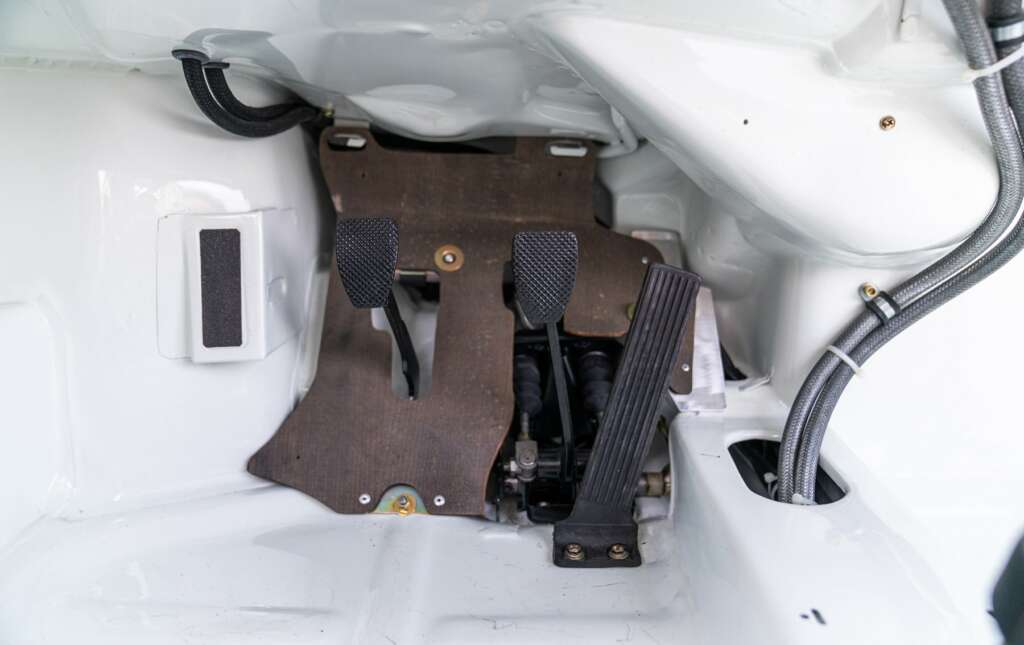 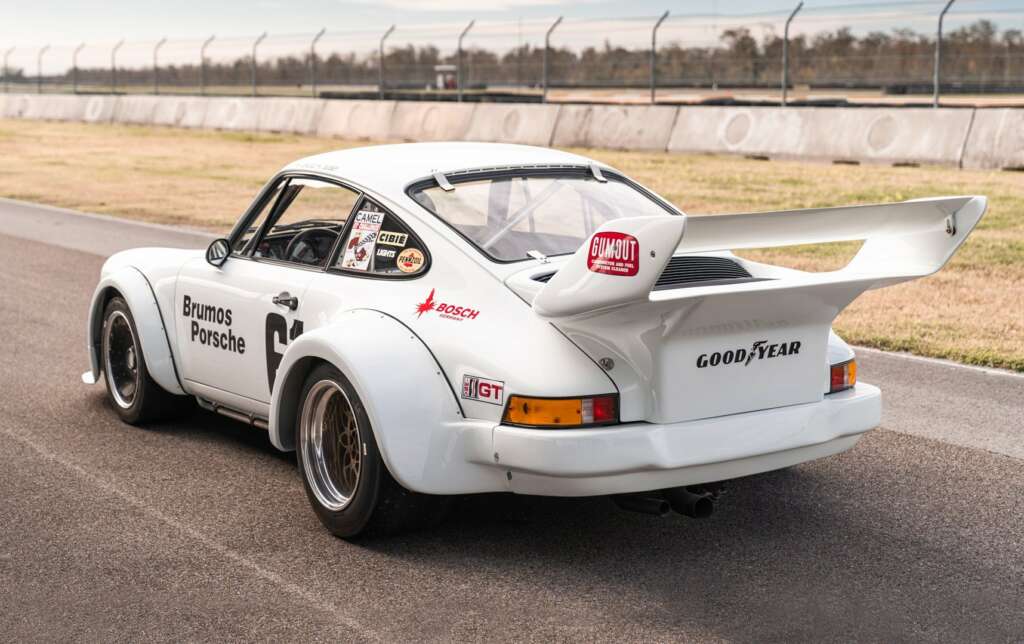 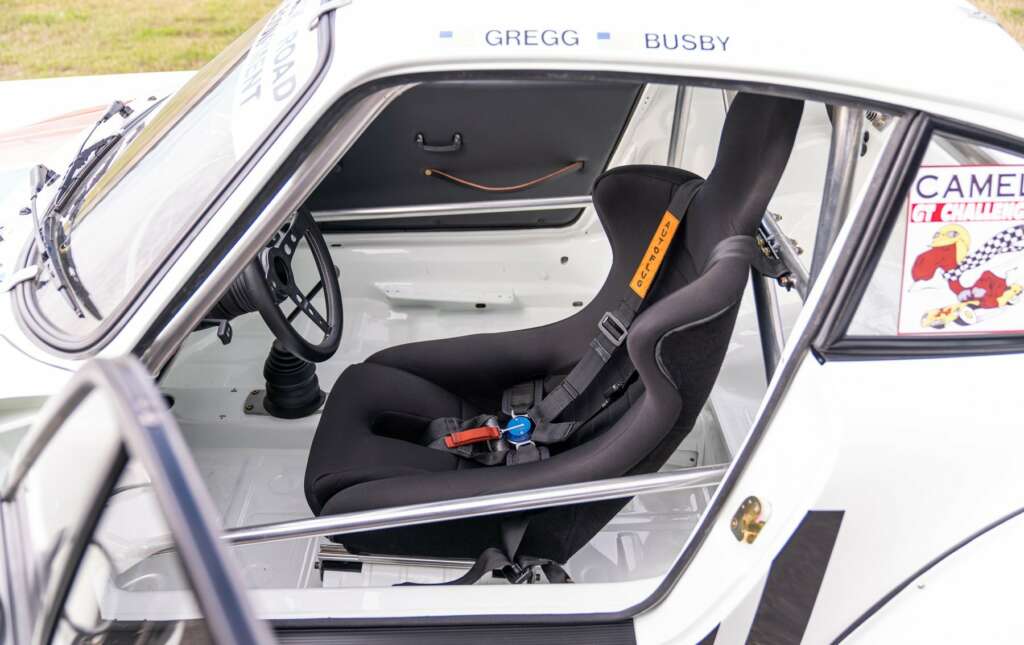 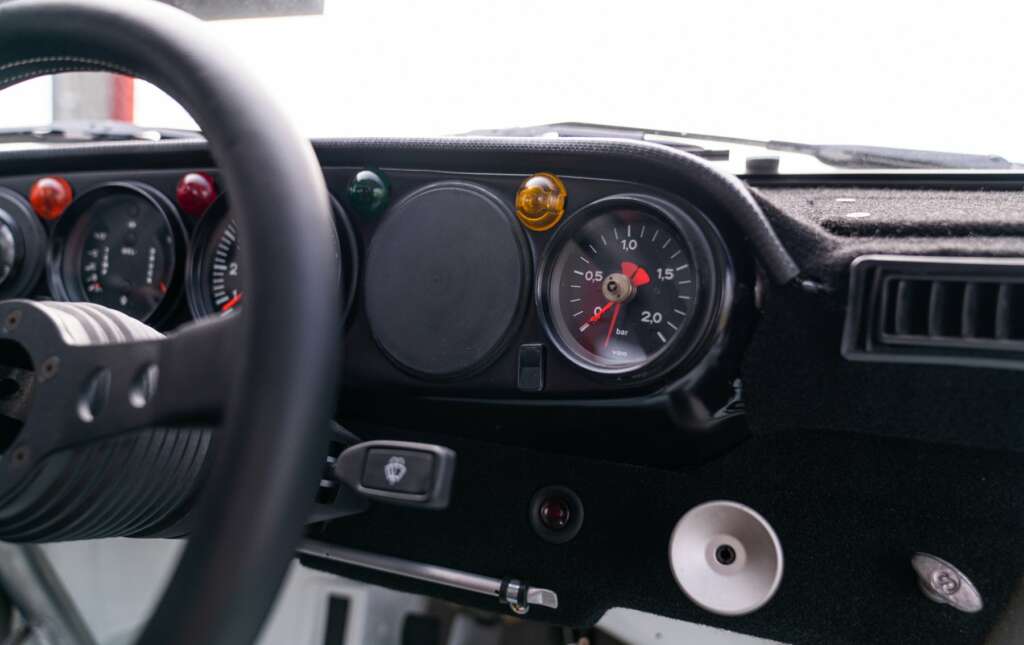 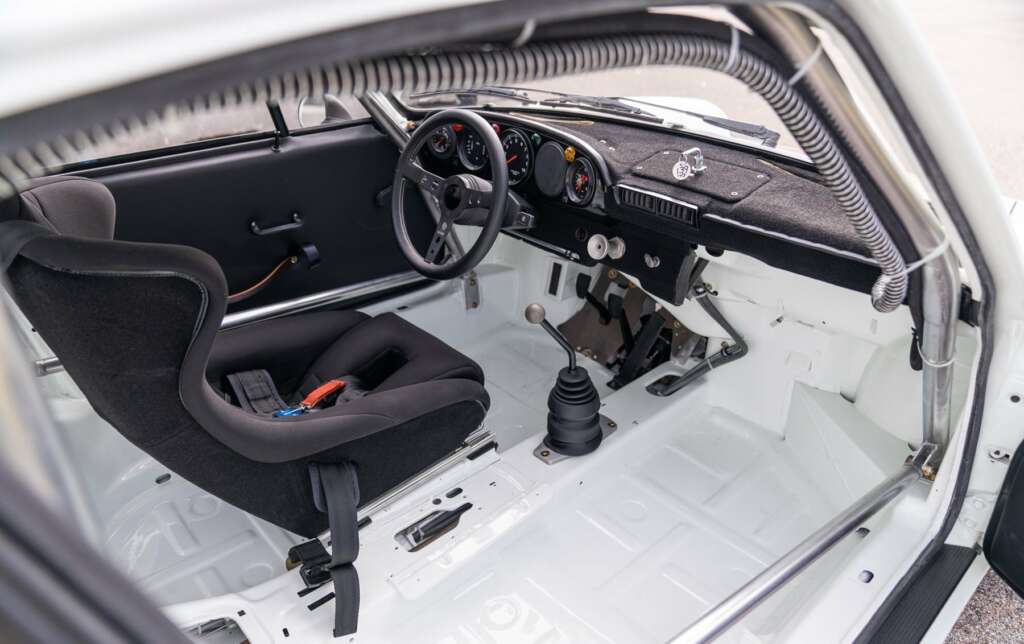