Porsche built its reputation and enduring legacy on air-cooled performance, starting with the 356. This was followed in 1964 by the arrival of an evolutionary six-cylinder GT successor called the Type 901 and badged as the 911. One of the most successful stories in automotive history, with a continuous production run nearing 60 years, the 911 offered a near-perfect blend of timeless looks, balanced handling, chassis and engine reliability, and performance that perfectly suited the 911 to both the road and the track.

Auction Monterey Conference Center August 19, 2022 - August 20, 2022 View all lots for this auction
This car auction is hosted by RM Sotheby’s. Click here to continue to the auction.
Go to auction page As air-cooled 911 development continued, Porsche occasionally debuted limited-production, high-performance variants to widespread acclaim. These included the Carrera RS in 1973, the 930 Turbo in 1975, the all-wheel-drive 964 series, and, finally, the ultimate iteration of air-cooled technology with the 993 series—recognized by many enthusiasts as the best air-cooled car Porsche ever made.

The Type 993 Porsche 911 Turbo S provided a dramatic and fitting final chapter for the air-cooled era, being the last air-cooled 911 Turbo built by Porsche. A true limited-production model, only 182 examples were manufactured for North America, each carefully and uniquely prepared by the Exclusive Department with bespoke features and numerous engine and chassis upgrades throughout. Powered by a 3.6-liter SOHC flat-six engine fitted with alloy cylinder heads and case, the “S” also received larger twin KKK K24 turbochargers for instant throttle response and a new Bosch Motronic engine-management system modified to handle the additional output (now increased to 424 horsepower at 6,250 rpm for the US market). A higher-performing engine also led to greater heat production, which was diffused by adding a secondary oil cooler.

Many 993 Turbo technical advancements were adapted from the legendary 959, including handling assisted by electronically controlled all-wheel drive—a first for Porsche Turbos. Stopping power for the “S” was supplied by bigger 12.68-inch cross-drilled, multi-piston ventilated disc brakes cooled by replacing fog lamps with brake air ducts on the front valance, and active rear brake cooling intakes were sculpted into the rear fenders above the wheels.

Yellow brake calipers easily identified the Turbo S, along with a redesigned Aerokit Turbo II front end and an enlarged twin-blade fixed rear wing with integrated vents feeding air to the intercooler. A wide-body tail design matched the wider, 18-inch tires and cast alloy wheels holding the Turbo S to the road, while the exhaust sang through four pipes. An upgraded six-speed manual gearbox helped the Turbo S achieve 0-60 mph in 4.2 seconds and a top speed of 184 mph.

Originally delivered new to California, this 1997 Porsche 911 Turbo S shows just 7,388 miles on the odometer at the time of cataloging. As the flagship of the Porsche range, it should come as no surprise that the example on offer features an extensive list of optional extras as seen on the code sticker still attached to the hood. The exterior features Schwarz paint (code 741) while the interior is finished in full black leather down to the dash controls and vents, with the remaining elements finished in either aluminum or carbon fiber. In addition, the car boasts painted hardback (option code XSA) sport seats (option code 373/374), a moonroof (option code 650), automatic speed control (option code 454), and the Nokia DSP (Digital Sound Processing) audio system (option code 680). The full complement is a sight to behold, especially compared to a standard, lesser-optioned 911 from the same period.

Thanks to the low mileage accrued from new, the car has remained in wonderful condition and retains all the original factory stickers. Further, the car has benefitted from climate-controlled storage under its most recent ownership within a private, Porsche-focused collection.

The 993-generation Turbo S represents the ultimate development of the air-cooled 911. With all-wheel drive and a powerful twin-turbo engine, only the mighty 959 supercar can claim superiority. However, all of this performance comes packaged within a familiar form—and behind the wheel, one will experience the most powerful, most refined, and most luxurious iteration of the classic Porsche 911. 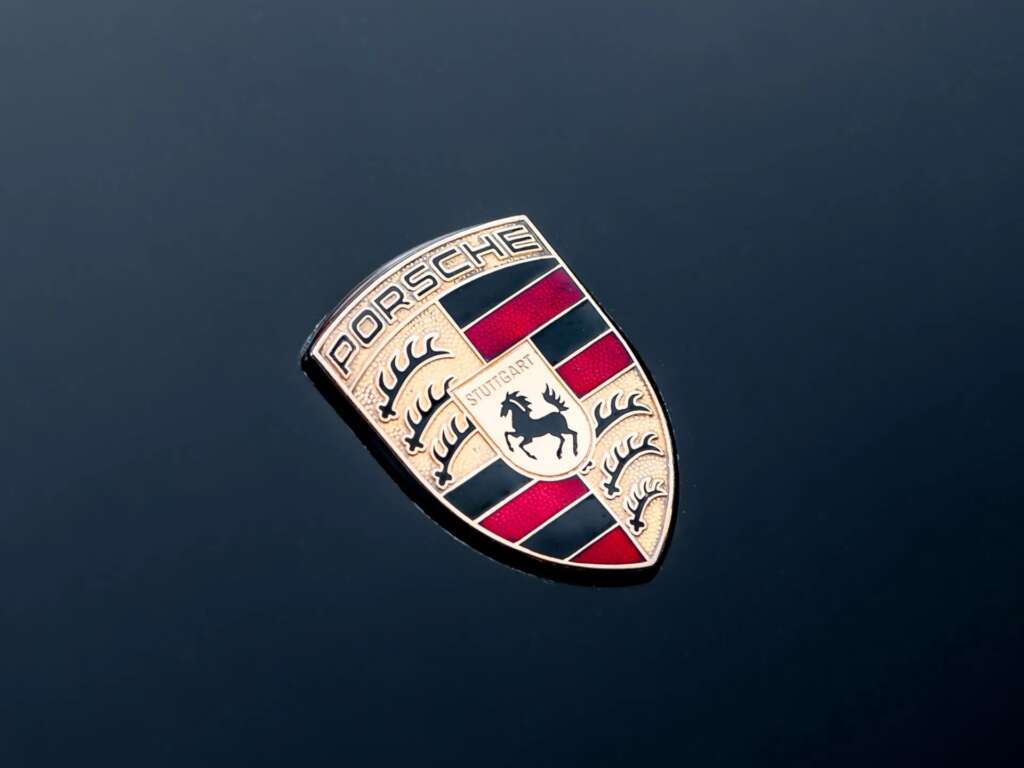 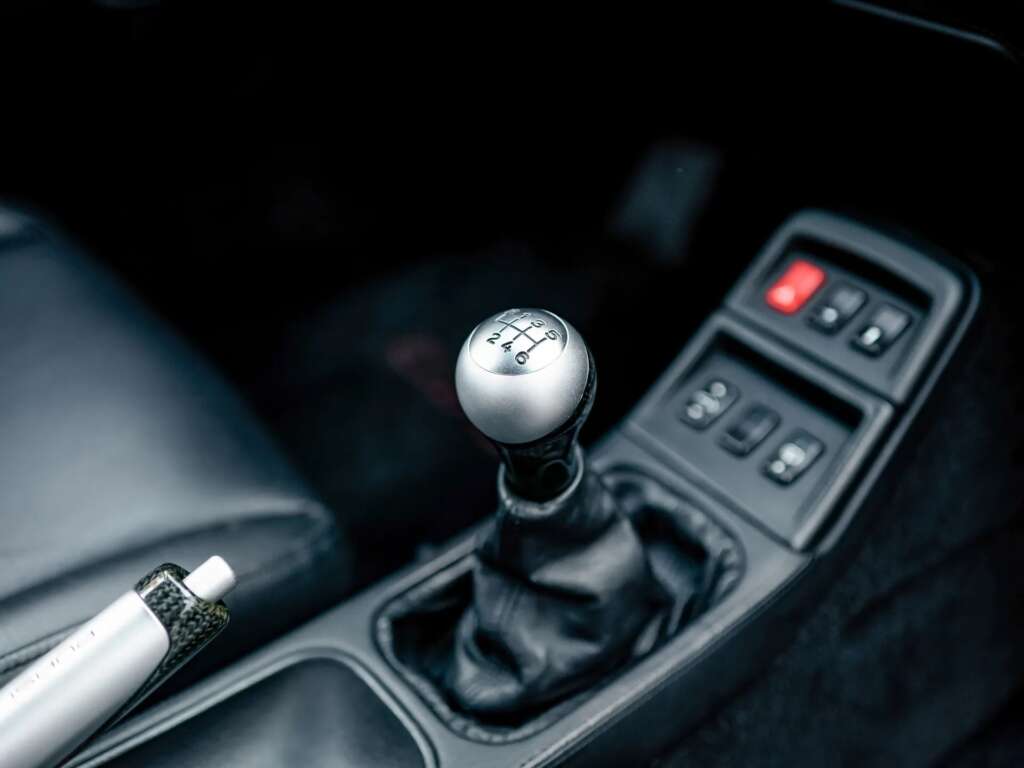 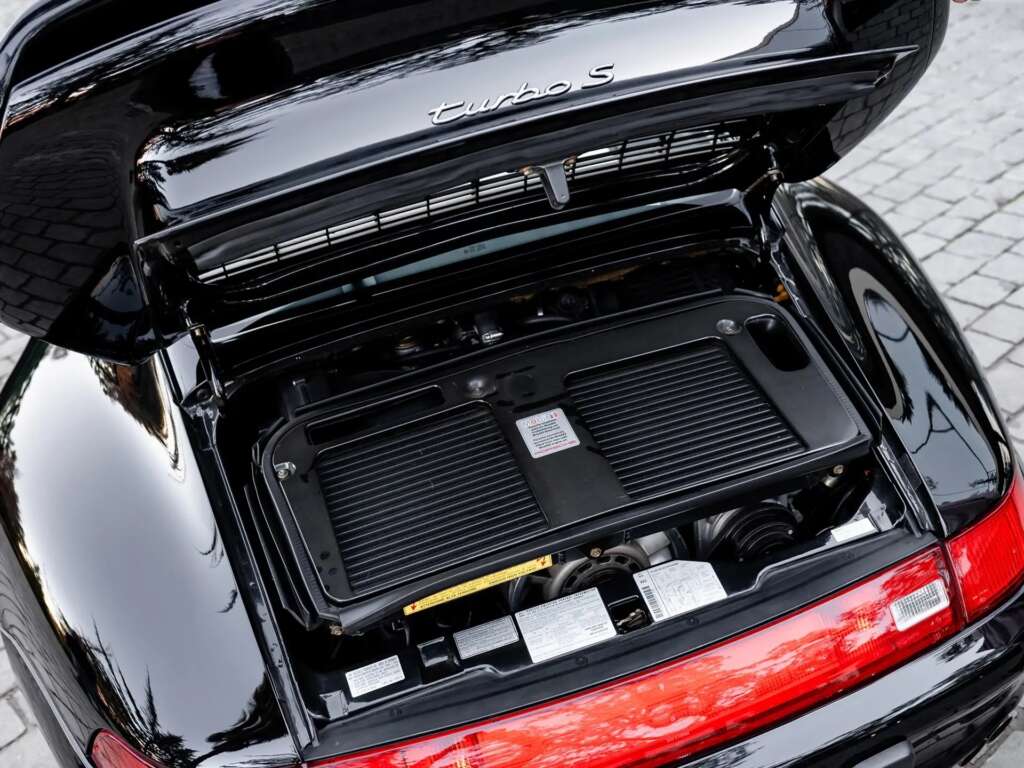