You are looking for a pre-owned Porsche 993 Carrera 4S for sale?

Here we present you information and some Porsche 993 Carrera 4S for sale:

The first production Porsches with all-wheel drive appeared in 1989 with the 964 generation. However, these cars were often criticized for a relative lack of sportiness. In 1994, Porsche launched the 993 generation, and the 4-wheel drive version was presented at the Paris Motor Show. The 993 Carrera 4 offers the same technical and aesthetic features as the normal Carrera, and introduces a completely new all-wheel drive system, 50% lighter than the 964 generation. 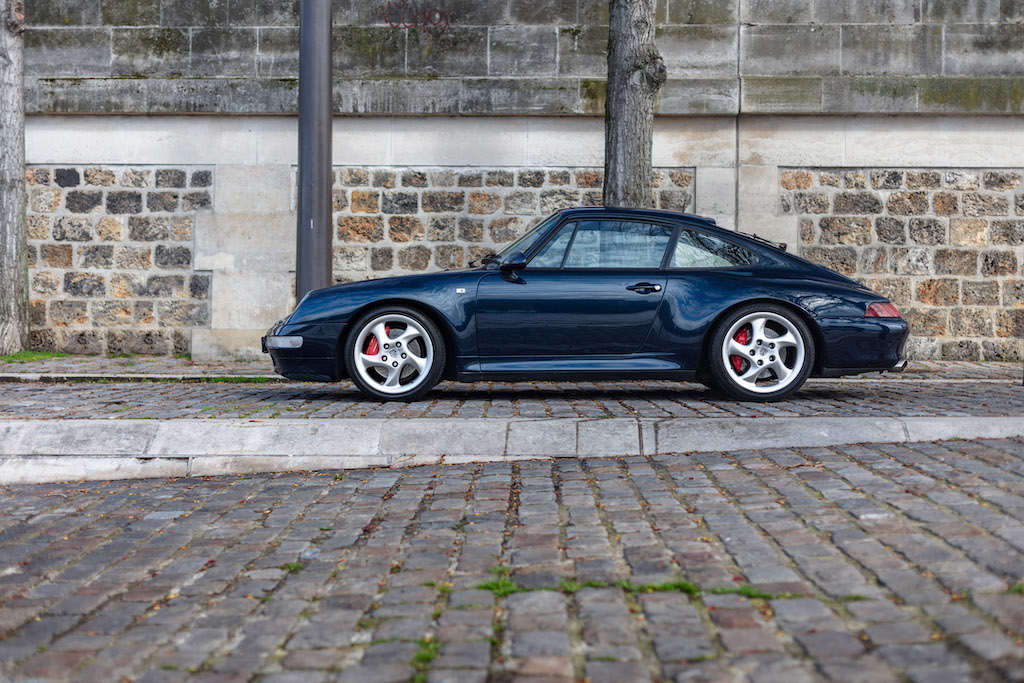 At the end of 1995 Porsche introduced the Carrera 4S, which with its well thought-out Turbo Look makes the car even sexier than a normal 993, thanks in particular to its wider and more curved rear wings.

The 4S has much of the same look as the Turbo, with a front spoiler and sportier rocker panels. With the 18″ Turbo wheels, the body height is lower than the hight of a normal 993 (-10 at the front and -20 at the rear). The 4S uses the Turbo’s chassis as well as the big brakes with the red 4-piston calipers in 322 and 299 mm.

The 4S is also better equipped than a standard 993, as it comes standard with Full Leather (Porsche’s Full Leather includes the dashboard).

In mechanical terms, no improvements are made. The engine remains the 3.6 Varioram developing 285 hp (except for the optional X51 version) on the 4S. The 272 hp was never offered on the 4S.

Heavier by about 30 kilos than a standard 993, the 4S is therefore a little less powerful and a little more sluggish. The difference is minimal, however, unless you push the car to the limit. However, in our opinion, it remains one of the most beautiful 993s produced.

If you are looking for used Porsche 993 Carrera 4S for sale and would like more information, you can find more about the Porsche 993 here:  Elferspot Magazine – Porsche 993