You want to buy a pre-owned Porsche 993 Turbo for sale?

Here we present you some information about the 993 and some Porsche 993 Turbo for sale: 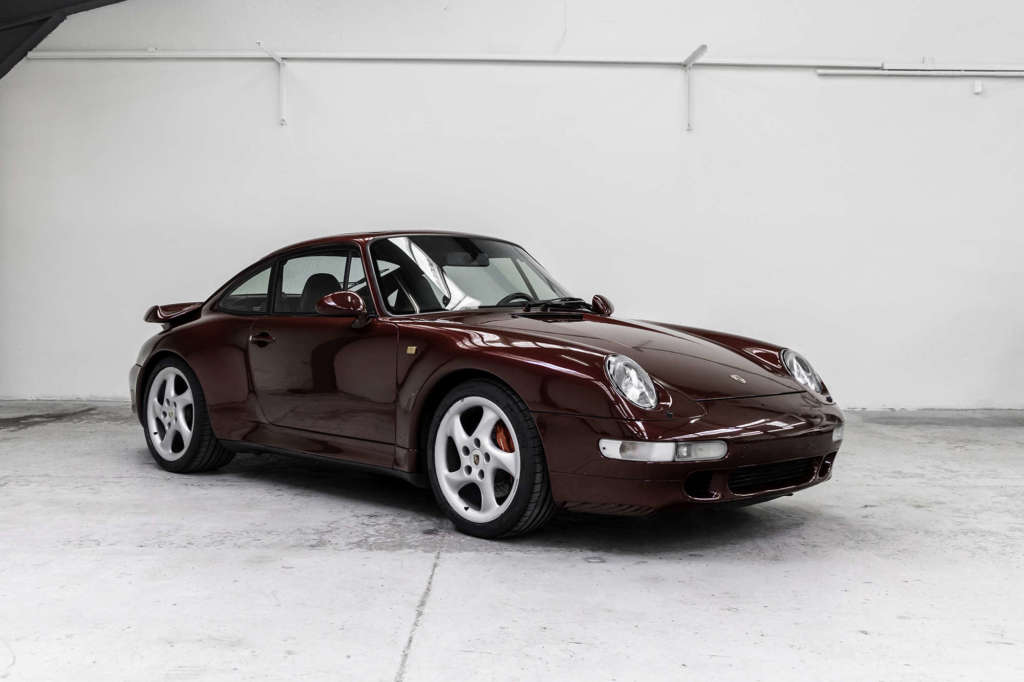 The 993 Turbo really doesn’t need to hide in the area of performance. Its 408 hp (or even up to 450 hp with the X50 package) have little trouble, accelerating the 1,500 kilograms. By the way, depending to the chosen options, the 993 Turbo is a staggering 150 to 250 kilograms lighter than its much newer sibling. With a 0 – 62 mph time of just 4.5 seconds, even 991 Carrera S drivers shouldn’t start a fight. And let’s remind ourselves, the 993 Turbo was only offered with a six-speed manual transmission.

We at Elferspot have compared the 993 Turbo with its younger brother the 997 Turbo. Click here for generation comparison: Same but different – Porsche 993 Turbo vs. 997.2 Turbo

When stepping into the Porsche 993 Turbo, you immediately get the impression, that you’re sitting in an old car. Five seperate instrument gauges, an almost antique A/C control unit, a dated shifter knob, a four spoke steering wheel and as a reminiscence to the F-model, stand-up pedals. Even the switches look like they are from a long gone time. The interior layout itself reminds you of the earlier 911s, as well as interior space, which is pretty crammed by today’s standards and feels much smaller than the 997’s cabin.

Doesn’t sound all that interesting in the first place, but that retro feel is what makes the appeal of a Porsche 993. It’s not only the last of the aircooled 911s, but transports the fundamental idea behind the Porsche 911 which has originally been a bone stock driver’s car, reduced to the essentials. And it does that with a rock-solid feeling, which no modern car offers. Does it score top scores for its ergonomics? Of course not, but that’s not the point. It feels characterful and very special and that feeling is, what driving a Porsche is about.

If you are looking for used Porsche 993 Turbo for sale and would like more information, you can find more about the Porsche 993 here:  Elferspot Magazine – Porsche 993