Gooding & Company is recognized throughout the world as the leading automotive auction house, specializing in the finest antique, classic, sports, racing, and supercars worldwide. Built upon the pillars of presenting top-echelon consignments and operating with integrity and openness, Gooding & Company appreciates the privilege of offering vehicles from prestigious collections, as well as family heirlooms and exciting recent discoveries. 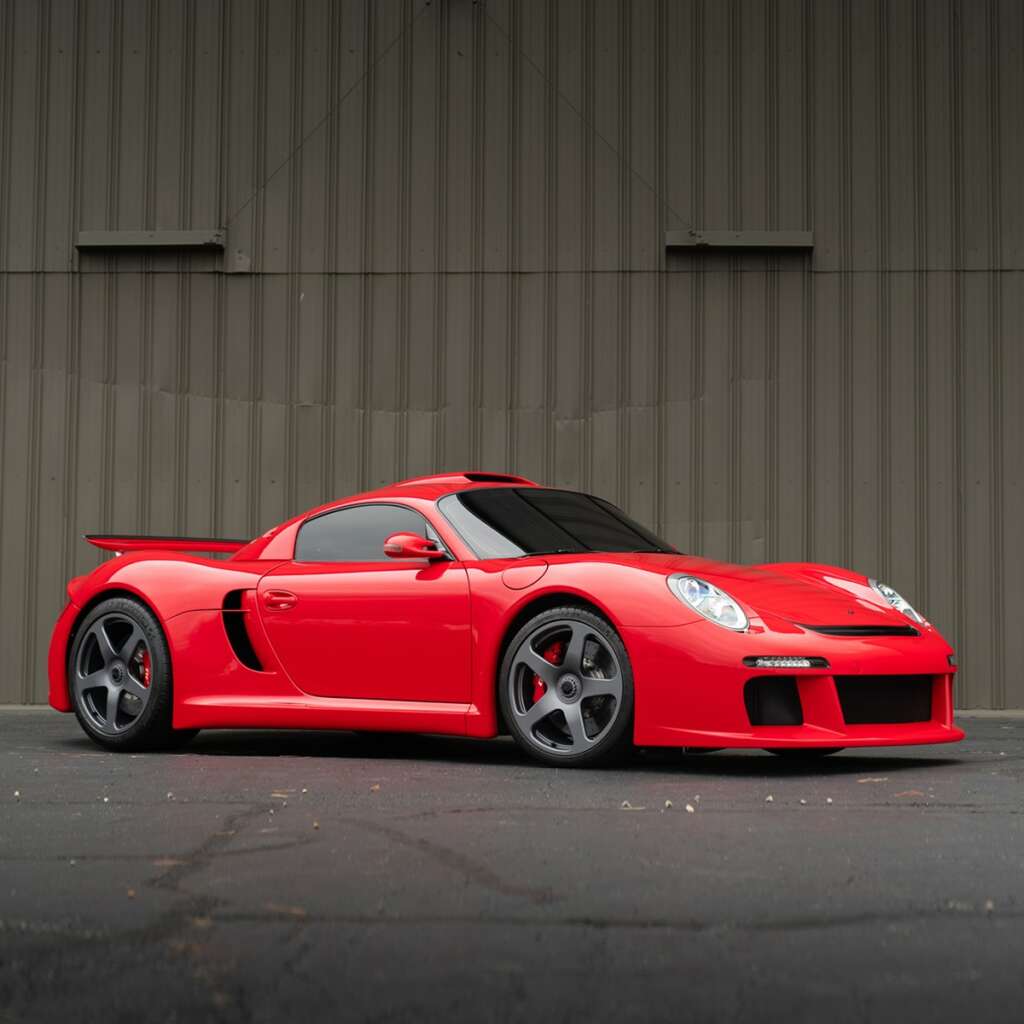 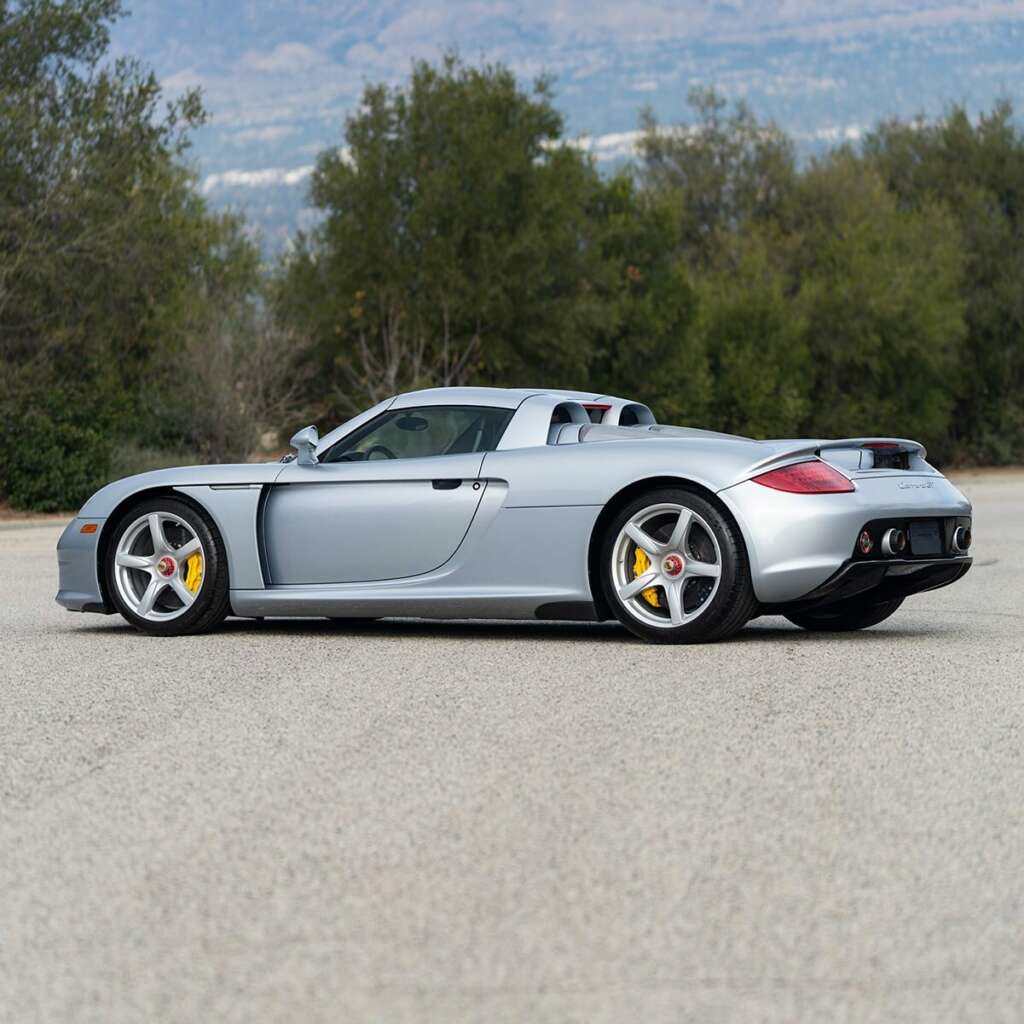 Gooding & Company is globally recognized as the leading automotive auction house specializing in the finest antique, classic, sports, and racing cars. Built upon the pillars of presenting top-echelon consignments and operating with integrity and openness, Gooding & Company appreciates the privilege of presenting distinguished vehicles from prestigious collections, as well as family heirlooms and highly-desirable pieces of automobilia.

In 2020, Gooding & Company achieved more than $125 million in total sales from 220 lots sold and posted a strong 91% sell-through rate between its Scottsdale, Amelia Island, and first-ever United Kingdom auction, “Passion of a Lifetime.” Gooding & Company also introduced Geared Online, a new platform of online only auctions that presented rare and unique selections of automobilia paired with high-quality and desirable car lots. Through its first  online sales, the auction house realized $23,781,474 and set new records for online-only auctions. Most notably, the company has achieved over $2 billion since inception in 2003.

“We continue to see a strong demand for genuine cars that combine all the attributes of rarity, performance, historical significance, and provenance,” says David Gooding, the company’s Founder and President. “In this market, we are observing a greater divide between good, better, and best, and clients are increasingly selective with their purchases. This is why we strive to offer only the finest examples from a variety of categories of cars, and the reason why we see new clients become returning clients after each auction event.”

Gooding & Company’s auctions are a destination for enthusiasts from around the globe, a testament to the company’s world-class presentation and vibrant atmosphere. “David Gooding and his team consistently offer automotive jewels in auctions that set the bar for the market,” states Robert Ross of Robb Report. The auction house also attracted thousands of viewers who tune in from over 100 nations to witness live events via the Gooding & Company livestream.

Rarity can be a factor in a car’s story, as can a high level of originality. At the 2020 Scottsdale Auctions, a 1995 Ferrari F50 sold for an outstanding $3,222,500, becoming the most valuable car sold during Arizona Car Week. The sale set multiple new world auction records, including a 1932 Hispano-Suiza J12 for $2,425,000, and a 1970 Porsche 914/6 GT that smashed its previous record when it sold for $995,000.  A few months later at Amelia Island, the company revealed the beautiful 1914 Rolls-Royce 40/5- HP Silver Ghost Torpédo Phaeton, which took home the top sale for the auction house. In total, Gooding & Company sold three of the weekend’s top ten lots as well as a market-leading sell-through rate of 93%.

In September of 2020, Gooding & Company presented the “Passion of a Lifetime” auction; a meticulously curated private collection of 15 incredibly desirable European sports and racing cars at its first-ever sale outside of the US. Eight cars realized over £1,000,000 and set six new world auction records.  The 1934 Bugatti Type 59 Sports sold for £9,535,000 and became the most expensive Bugatti ever sold at public auction. The sale resulted in Gooding & Company selling the top two individual car lots of 2020. In total, the unforgettable auction event achieved over £34 million in total sales. Following the success of “Passion of a Lifetime”, Gooding & Company returned to the UK in early 2021 for its Geared Online The European Sporting & Historic Collection. This online only auction realized £8,453,500 and achieved a 100% sell-through rate with two cars selling above the £1 million mark and an average price per car of £939,277. The nine-car collection, which consisted of Europe’s most renowned and accomplished marques, saw Aston Martin take home the top sale, with the 1961 Aston Martin DB4 GT realizing a final price of £2,750,000.

Gooding & Company has sold over $1,600,000 in automobilia across its first three Geared Online sales. The online only format presented an opportunity for incorporating automobilia into the otherwise largely automotive-only auctions. Gooding & Company’s entrance into automobilia are the Geared Online Phil Hill Automobilia Collection sales. The three online auctions are dedicated to one of the world’s most recognized and accomplished racing drivers, Phil Hill, and feature accolades from his racing career as well as personal treasures from his life outside of racing.

In addition to conducting auctions, our team of experts offers a wide range of services, including private and estate sales, appraisals, and collection management. With live auctions impacted by the ongoing pandemic, Gooding & Company’s private sales have remained as prevalent and successful as ever. With an unmatched team of specialists who have decades of combined private brokerage experience, the auction house sets the standard for connecting sellers and buyers in discreet private transactions. The company’s understanding of a collector’s motivation, along with access to an international pool of potential buyers, makes discreet transactions an enjoyable and efficient experience. 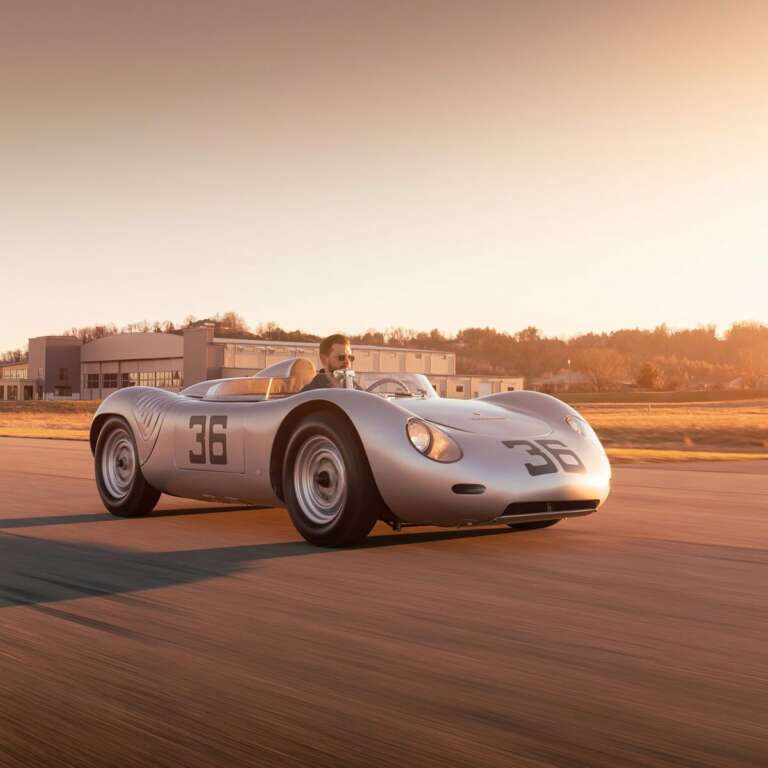 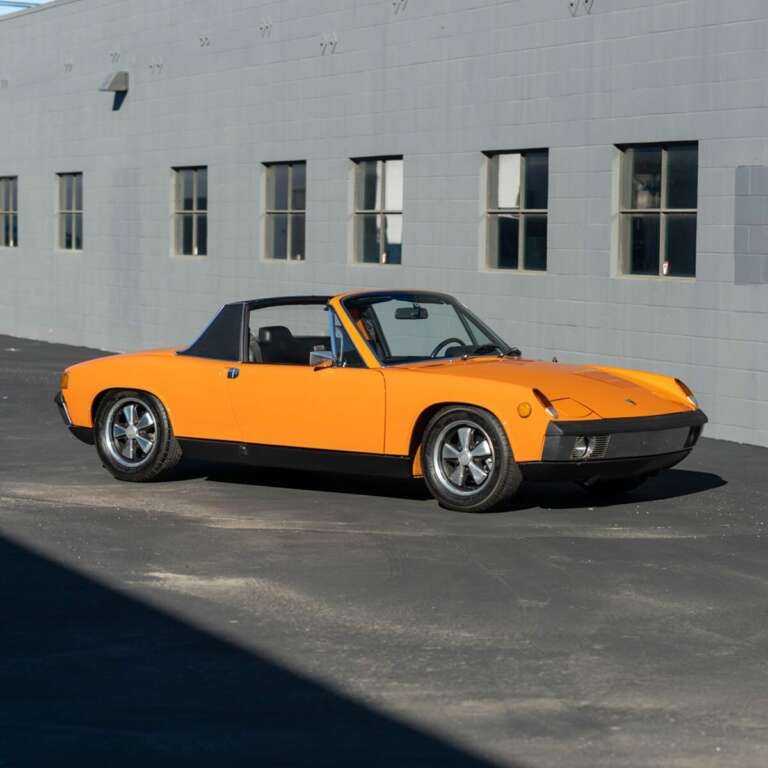 One of the company’s most significant private sales ever was a 1936 Bugatti Type 57SC Atlantic, which realized more than $31 million, a record at the time.  “The owners entrusted us to sell it, and we worked carefully to offer it to the people who would be interested,” says David Gooding, the company’s Founder and President. “It’s not just the price that made us happy, but the fact that we found a new home for this car, and buyers and sellers felt satisfied. Now the car is on display at the Petersen Museum in Los Angeles, where people have the chance to appreciate its legacy as a work of art.”

Gooding & Company enjoys building relationships with customers, and our car specialists maintain a carefully cultivated network of contacts. Our Marketing Department delivers original content and innovative promotion of the cars through a variety of online, digital and print platforms. Our high-quality catalogue production, advertising campaigns and social media presence, attracts a global audience of passionate buyers. 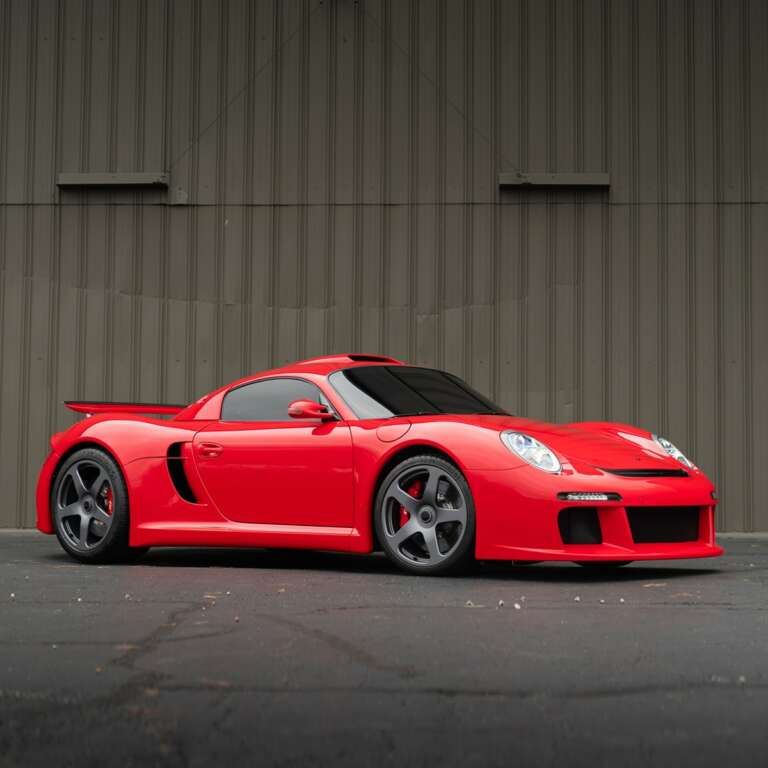 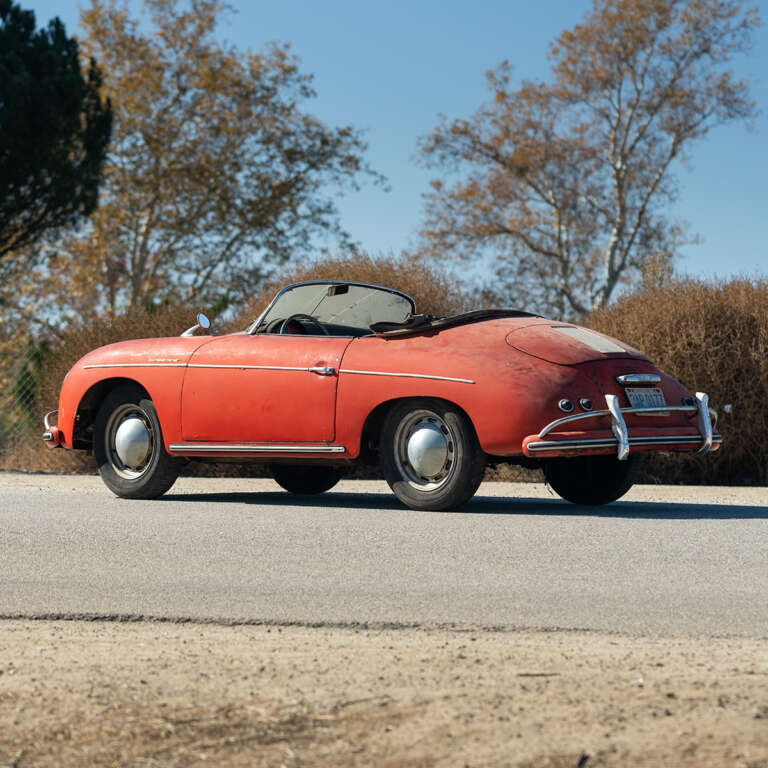 David Gooding says that when he started the business he wanted to present cars “carefully, authentically and with distinction,” and the results are shown not only in record prices but in a level of trust and respect unmatched in the industry. Gooding & Company consistently offers the world’s finest collections, with presentations including automobiles from selections from The Jan Koum Collection, The Miles Collier Collections, and The Jerry Seinfeld Collection, as well as from the estates of Sherman M. Wolf, the Drendel Family, Dr. Peter and Susan Williamson, Otis Chandler, Greg Garrison, Richard Solove, and the Phil Hill Family.

The response from buyers and sellers has been gratifying, David Gooding says, and the business model has dovetailed perfectly with his passion for classic and collector automobiles. “What I love is discovering the special cars, whether it’s a $50,000 car or a $15 million car, and really accentuating the characteristics of the car and presenting them to our clients,” he says. “This is what we do. It’s what we know and what we love doing.”