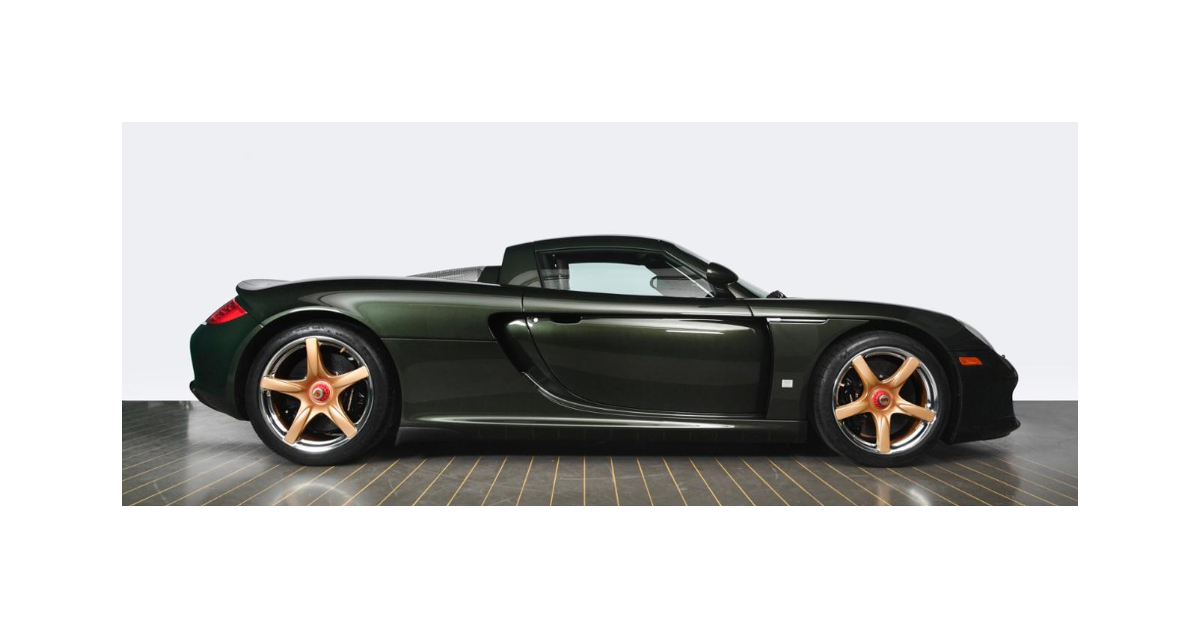 Restorations to a condition, that is described best as “better than new” are quite common with aircooled 911s nowadays. Porsche’s Classic department has done something a bit more unusual this time. They’ve restored one of the all time great supercars: a Porsche Carrera GT.

Equipped with a high revving V10 engine, which was originally designed to be used as a racing car engine that produced 612 hp, a very radical design approach, a manual gearbox and its unrivalled driving characteristics, the Porsche Carrera GT still is considered as a milestone. Not only in the segment of supercars but also in the more than 70 years of Porsche’s history. 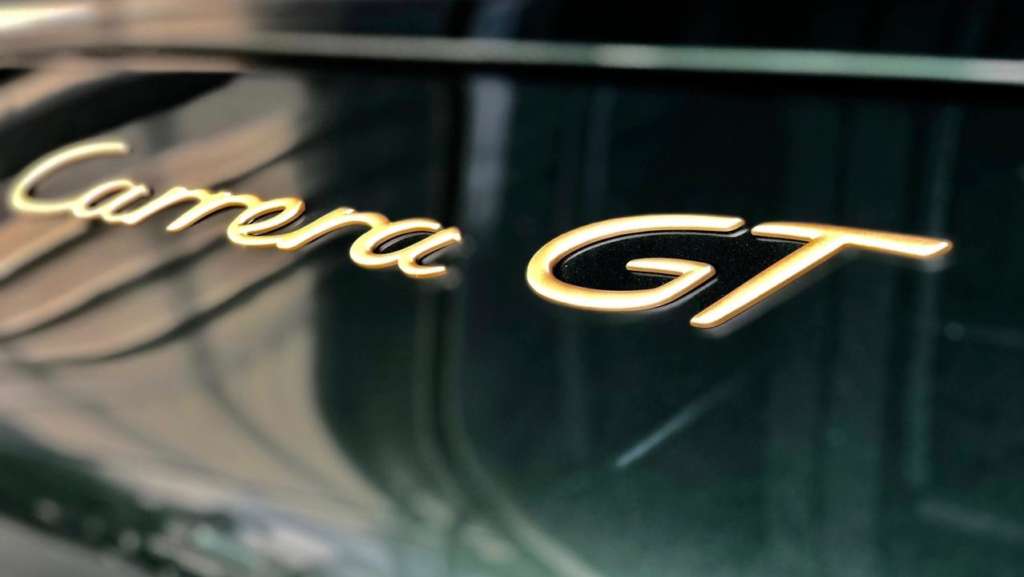 On behalf of an American collector, Porsche Classic restored such a Carrera GT. The task was far from simple: complete rebuild, very individual styling and details at manufacture quality. Only Porsche themselves, with their almost pathological attention to detail could match that targets. After tearing down the whole car to the last bolt, every single part was checked, refurbished or replaced if necessary.

The Carrera GT was never offered in this color

But the job wasn’t done after rebuilding engine, gearbox and suspension. Porsche Classic painted the car, in consultation with the owner, in oak green metallic. The Porsche Carrera GT was never offered in this color, but in the 1970’s it had been a popular choice among Porsche buyers. 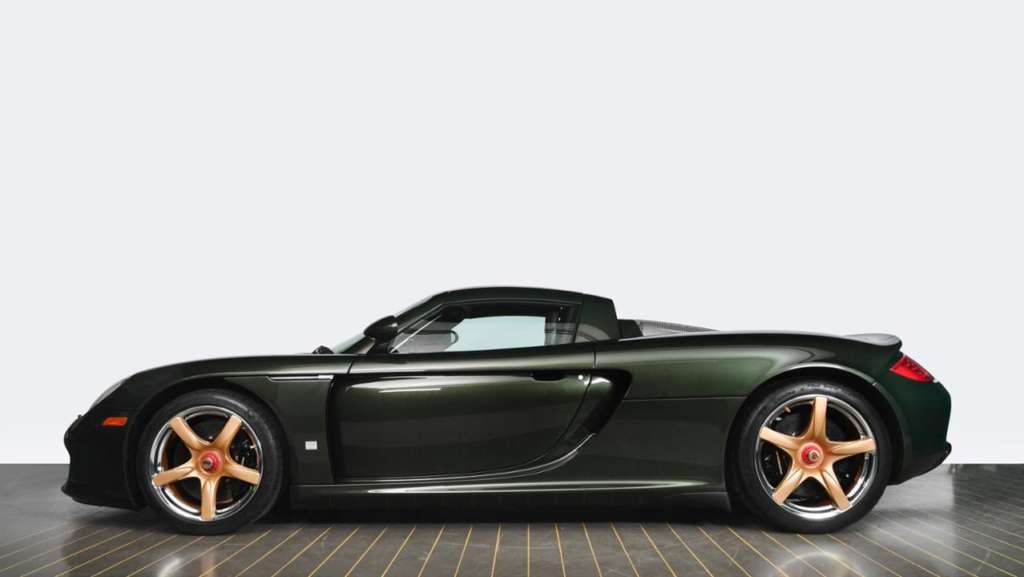 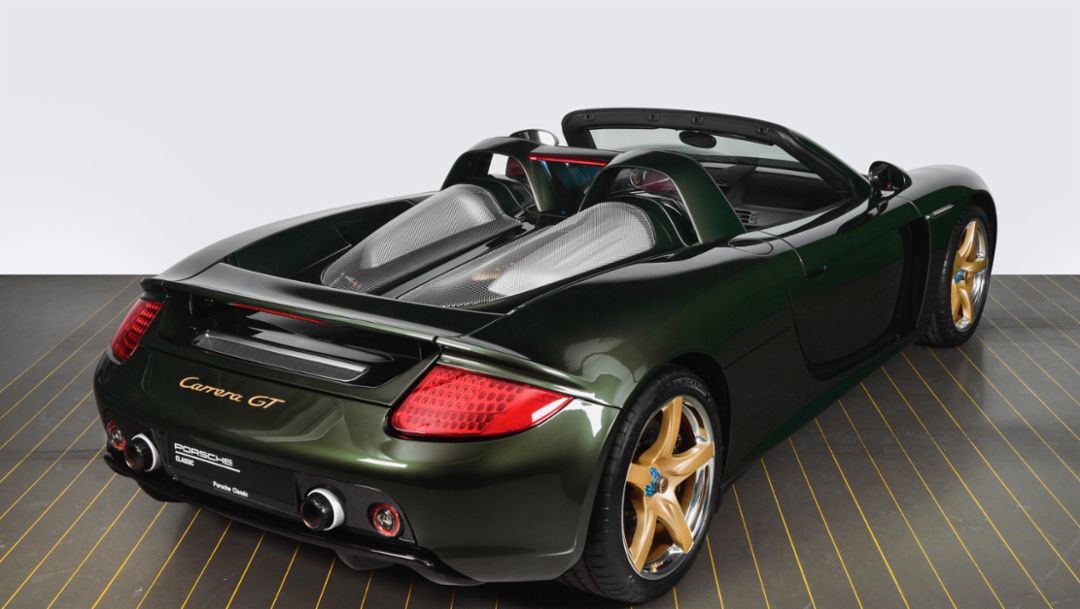 For an exquisite finish, owner and restorers agreed on golden five spoke magnesium wheels with a polished ring as a reminiscence to the classic BBS racing car wheels. But there was an elephant in the room: Polishing magnesium wheels would have led to structural alterings of the wheels and therefore potential dangers of cracking or bending. No other than some material experts at Porsche’s R&D center in Weissach found out about this problem. A different engineering process had to be found by the Porsche Classic Team.

The answer to this problem? Coating instead of polishing!

Instead of removing material while compounding and polishing, the rims were coated. A thin layer of silver was used in a process, that has never been used in mass production. This procedure led to a very glossy, chrome like-finish of the surface. 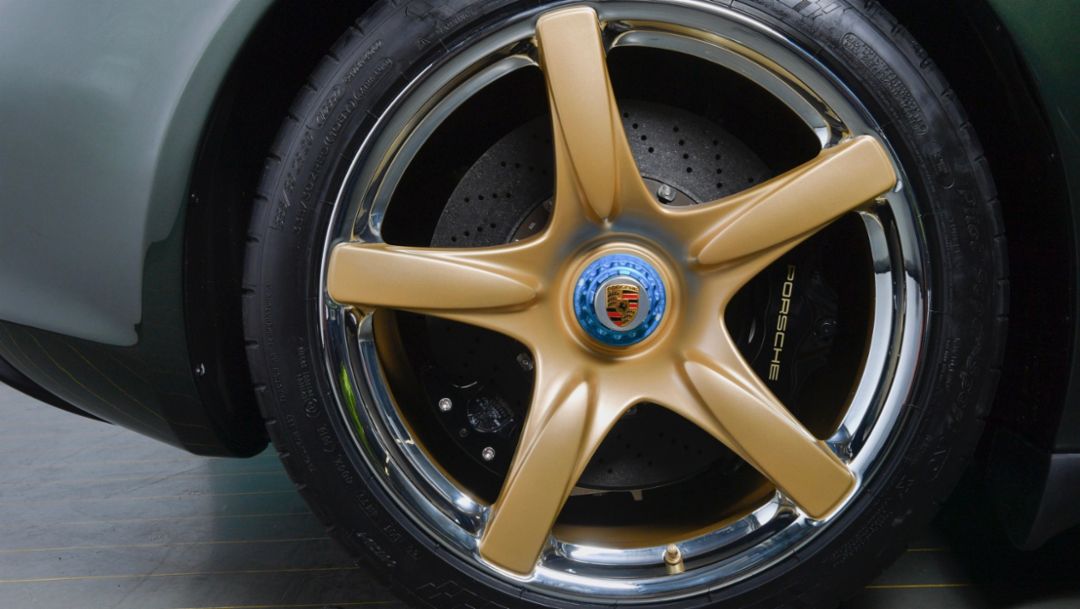 With silver tending to oxidate very quickly, a protective layer above the glossy silver coating was needed. In contrast to iron, silver won’t rust when oxidating, but responds to being exposed to oxygen and water by accumulating ugly black tarnish on its surface. Due to the use of a protective layer of clear coat, that has been precluded. At the same time, the spokes were painted gold. The blue and silvered painted center lug nut with a colored Porsche logo gives the car an attractive contrast and a classy touch. 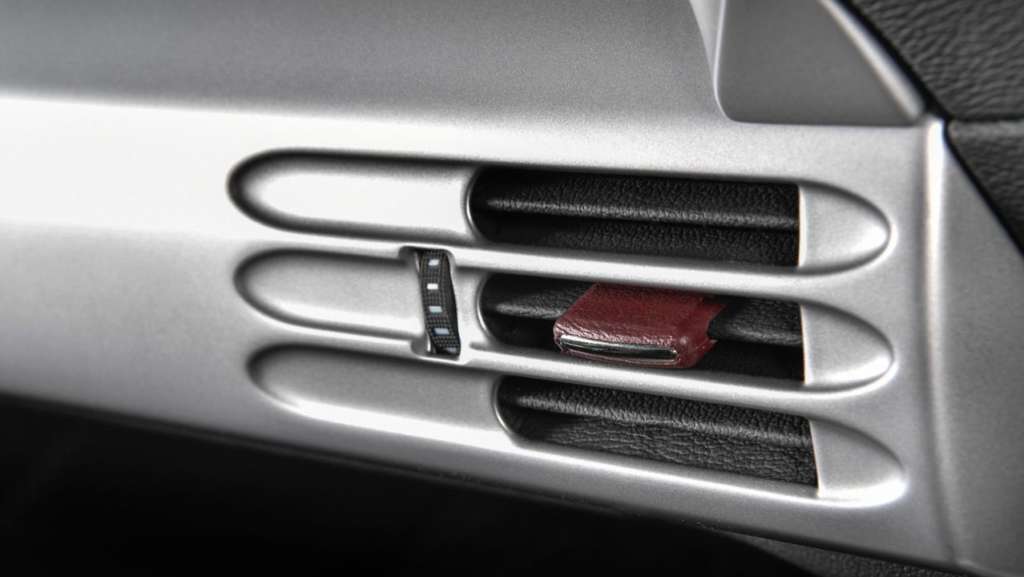 The same shade of gold was used for the Porsche lettering on the brake calipers, the intake plenums within the engine bay and the 12 o’clock marker on the steering wheel as well. The latter is surrounded by two oak green stripes. Another, very tasteful and individual touch.

But the already very long to-do list doesn’t end there. As ageing carbon fibre coating tends to yellow and fade, the team of Porsche Classic Factory Restorations got their hands on every single piece of carbon fibre on the car. Refurbishing the carbon fibre alone took 350 man hours. 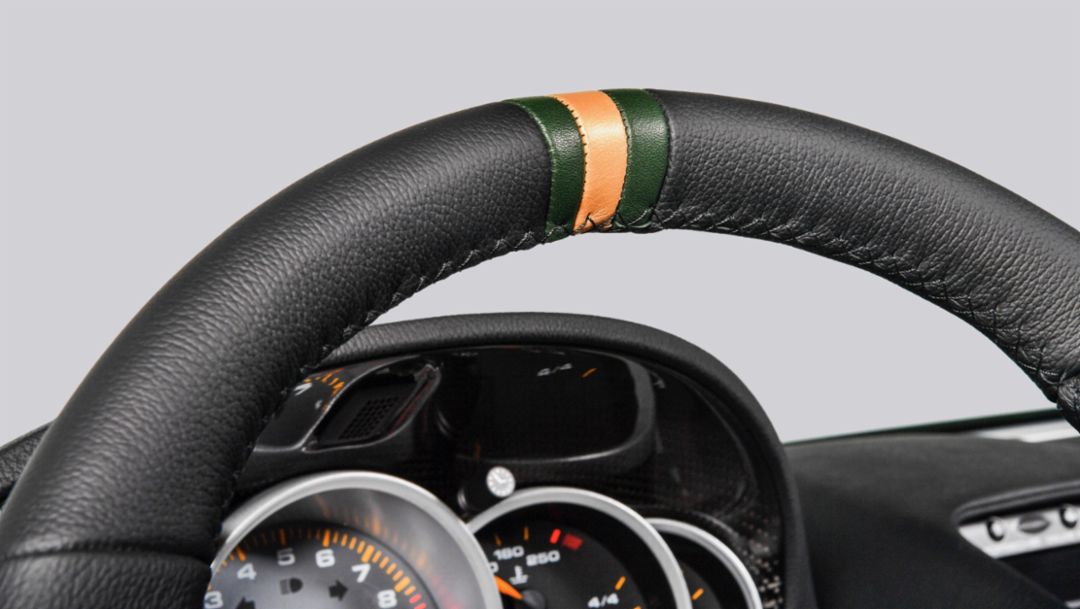 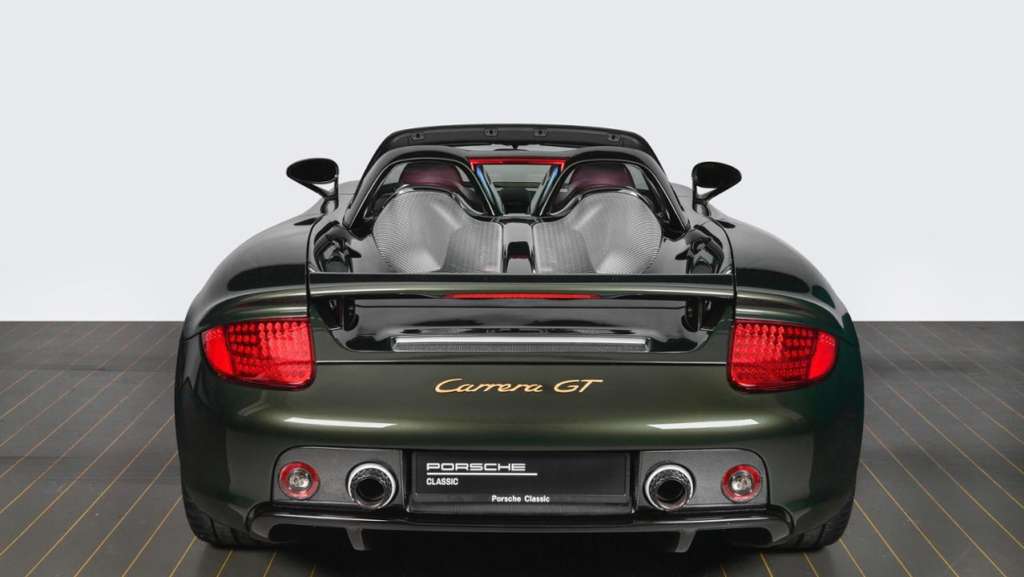