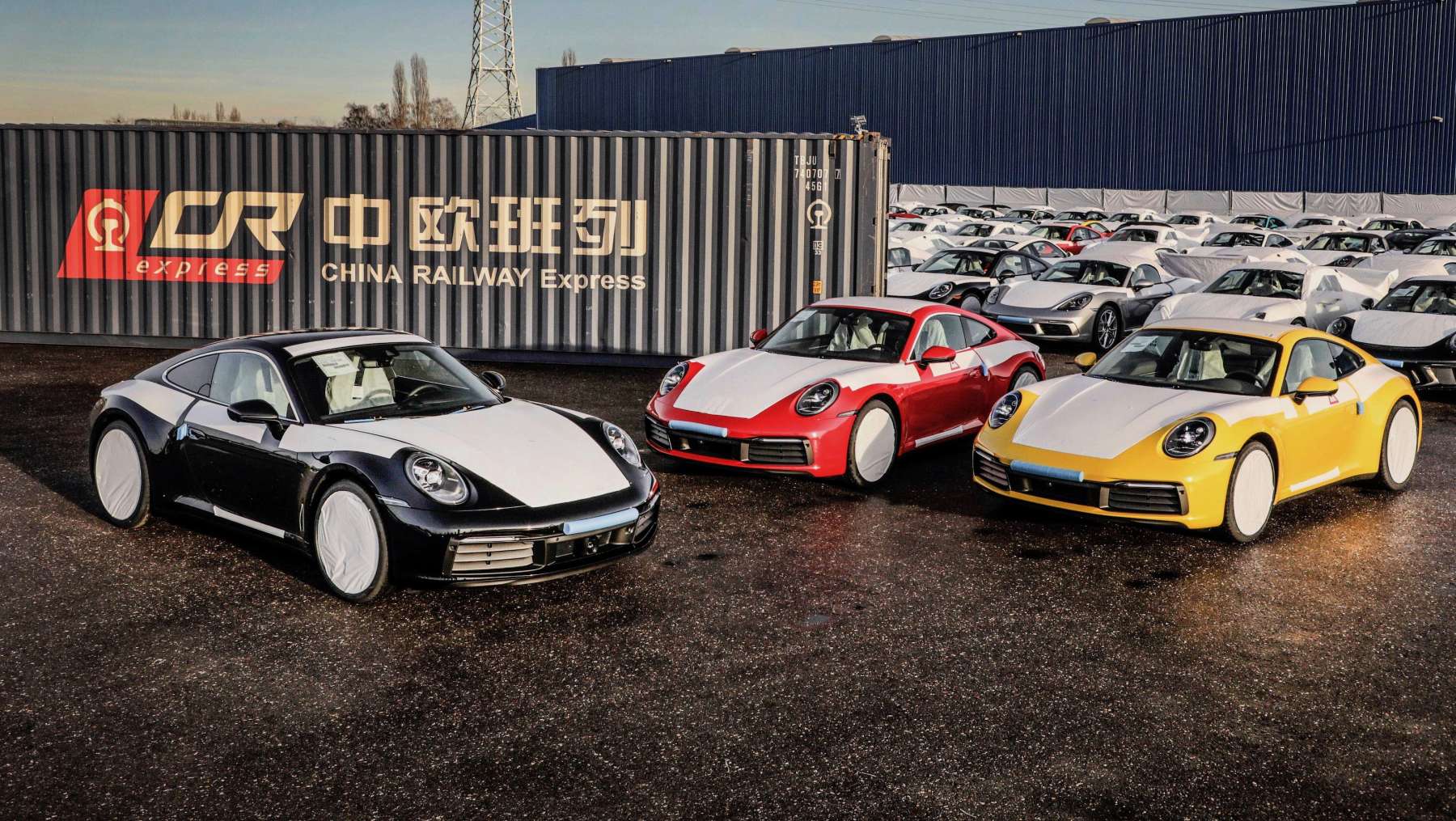 Here at Elferspot, you can browse through Porsche sports car listings from all over the world. Especially when looking for specific, rare models, it is worthwhile to look beyond national borders. Due to different market conditions, regulation changes or fluctuating exchange rates, buying abroad is sometimes a real alternative. But for the subsequent car import there is a whole lot of regulations and paperwork to be observed.

An expert like Christian Reyer can help. I met him for an interview about vehicle transport and logistics. His profession is importing and exporting sports cars all over the world. Christian can look back on more than 15 years of experience in the industry and has already imported or exported more than 5,000 cars. With his company Reyer Group he offers the all-round carefree package for vehicle transport. He also tells us what pitfalls there are to be aware of when importing a car, especially a Porsche, to the USA.

Christian, how has the landscape in vehicle transport/carshipping changed in recent years?

Drastic. Just a few years ago, a relatively large number of “normal” cars were shipped to Europe, especially from the USA. I’m thinking of the classic Mustang or Camaro. Often it was skilled mechanics or experienced hobby mechanics who fulfilled their “dream of a muscle car” for relatively little money. Before the extreme price increases around 2015, the same was true for classic Porsche sports cars. This scenario is becoming less and less common.

On the one hand, the income and wealth gap has visibly widened in recent years. As a result, the wrenchers, if you want to call them that, have bought significantly fewer cars in the last two years. In addition, the supply of vehicles from the U.S. has also declined sharply. There are no longer good cars on every corner. And if there are, they are expensive. Of course, the current strength of the dollar has also led to a decline in car imports from the USA.

Does that mean there are fewer car imports to the U.S. in general?

There is a strong sense that more and more vehicles are now being shipped from Europe to the USA. Americans are particularly keen to buy Porsche 993s and 964s at the moment. Excitingly, many classic U.S. cars are even being imported back to the States. So we are seeing the trend reversal of what has been the order of the day for the last 20 years. More cars, especially Porsches, are being imported to the U.S. instead of exported from there. There are also no longer hundreds of air-cooled Porsche 911s waiting in American ports for their ship to Europe.

“There are also no longer hundreds of air-cooled Porsche 911s waiting in American harbors for their ship to Europe.”

Why do U.S. citizens suddenly commission more car imports then?

Legislation certainly plays a role here. Cars younger than 25 years can only be imported into the United States under very strict conditions. All air-cooled 911s have now passed this threshold. That’s why customers in the U.S. can also import cars like the Porsche 993 Carrera RS, which were not even available new there. 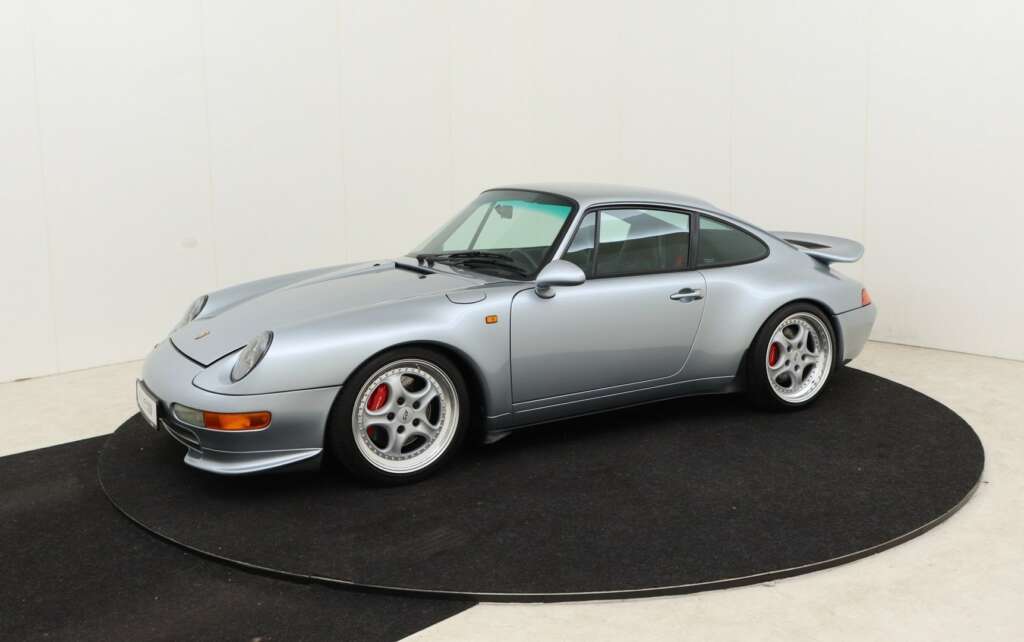 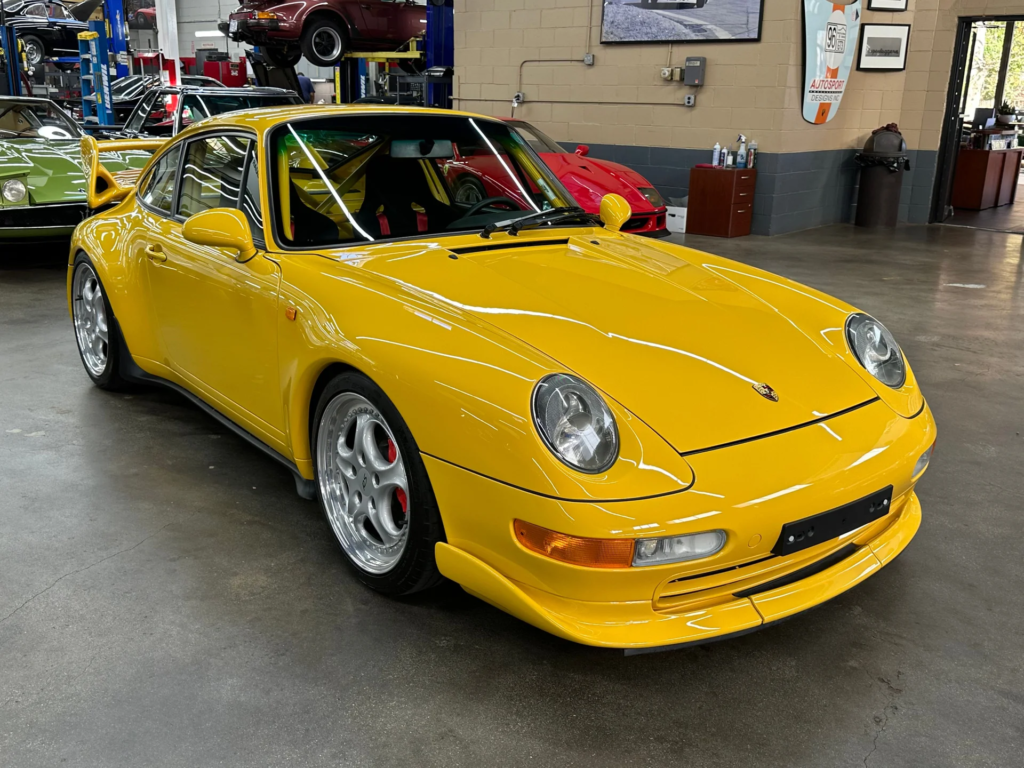 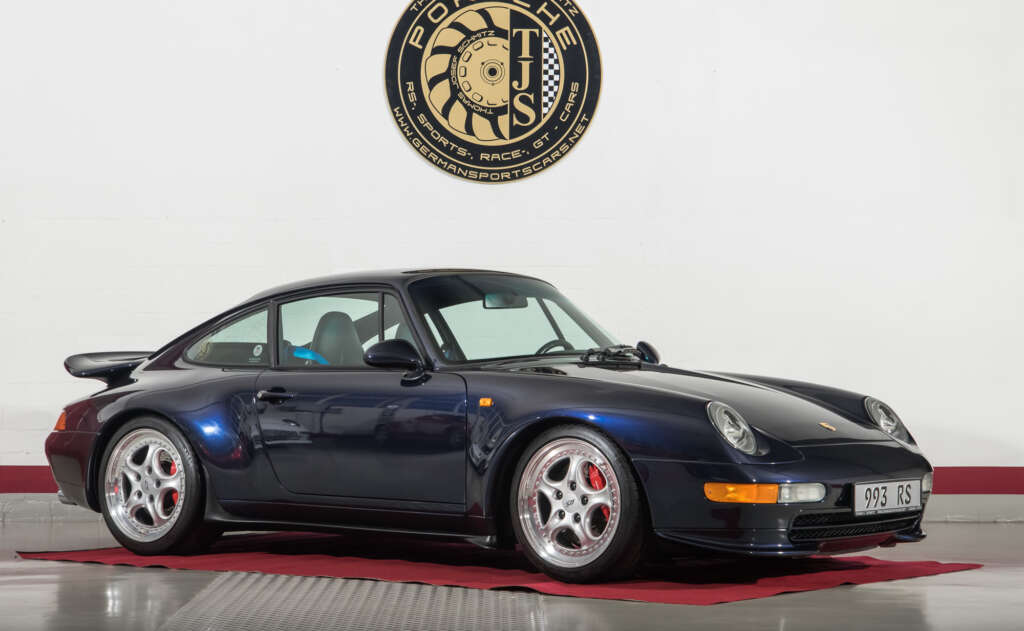 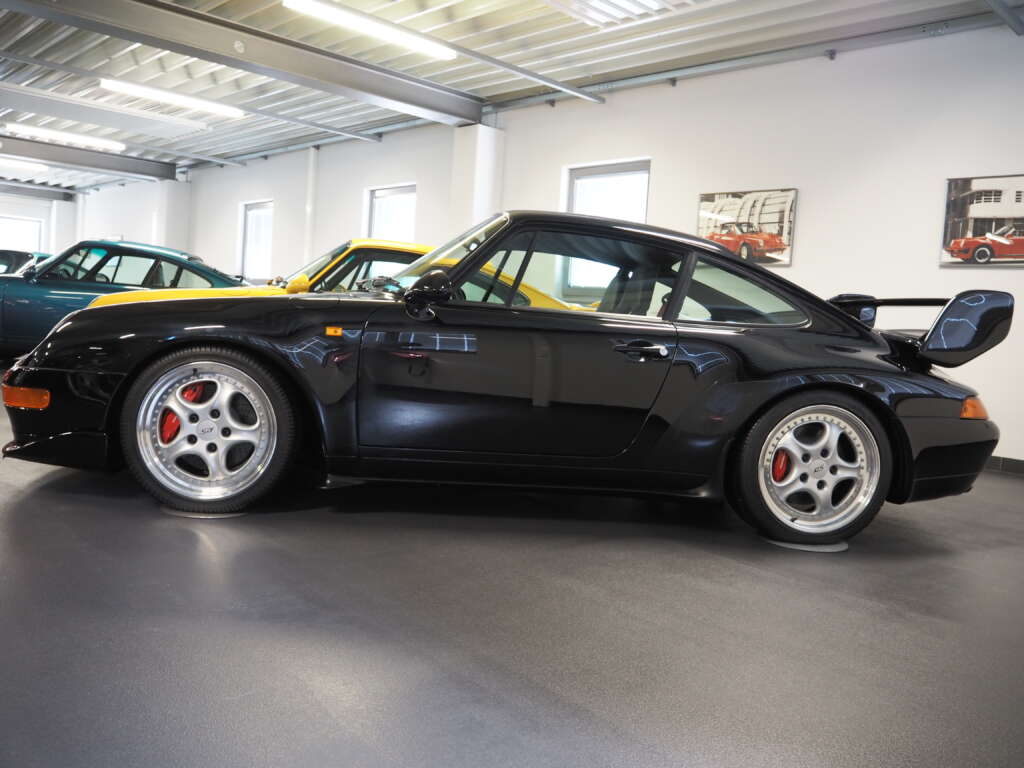 But mentality also has an influence. My customers from the U.S. are less focused on the purchase price than we Germans are, for example. If they like a car and it fits into their budget, they buy it. In combination with the very strong dollar, this leads to many vehicle purchases by American customers around the world. But in return, they also expect door-to-door service when importing a car.

In addition, Americans are now taking a liking to cars with first delivery in Europe. Euro cars are currently experiencing a boom, similar to cars from the Japanese domestic market (JDM) in the last 20 years. The very active Porsche scene in the USA is doing the rest. There are a lot of car maniacs there who are also willing to invest a little more money and time in order to get the better car in the end.

Are there any other issues concerning a regular car import/export to the USA?

Many buyers or prospective buyers are not aware, for example, that a car import is only possible with an original or at least “period correct”, i.e. contemporary engine. If it is discovered during import into the USA that the engine and body do not meet these requirements, customs can refuse to import the car. It is quite possible that something like this will not be noticed, but the legal situation is clear.

How does that impact Porsche 911 backdates? How can they be imported into the U.S.?

Here it depends on how exactly the vehicles are declared. If a Porsche 911 Backdate is declared as a new vehicle, import is not possible anyway due to the 25-year rule. If the backdate retains its chassis number and type designation in the registration documents, the situation is different. But here again the restriction regarding the engine applies.

If, for example, it is an overhauled engine with an original engine housing, there is no problem. Independent developments on the other hand, can cause some headaches. That’s why the import of such special cars sometimes takes a roundabout route. The Porsche 911 Backdate import then occurs in two parts. Engine and body are then imported separately into the USA and married again locally. So this topic should be discussed in detail when buying or building a backdate. 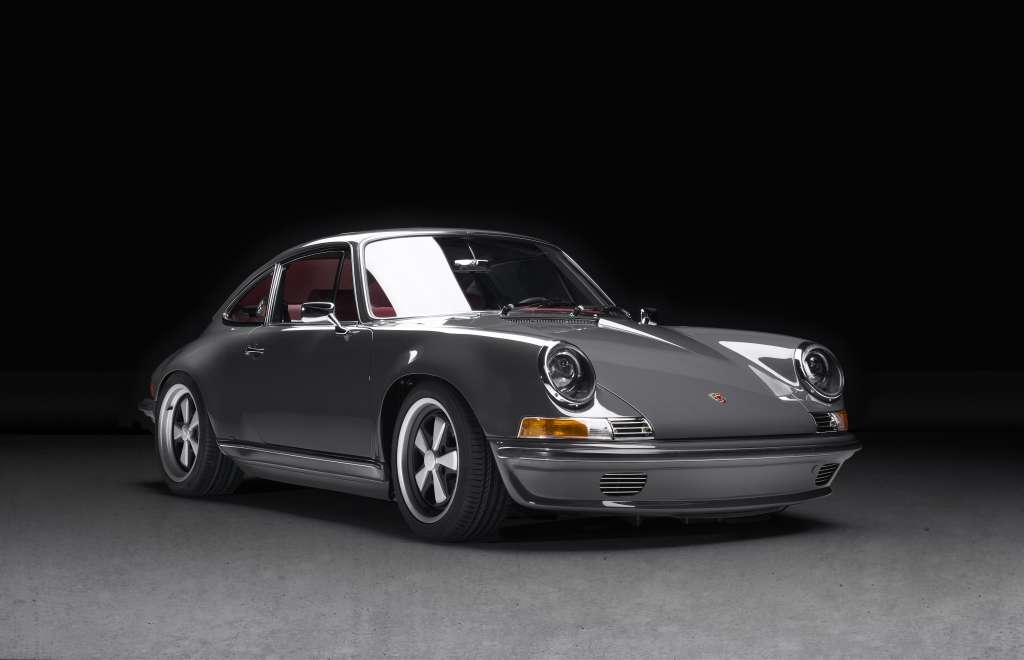 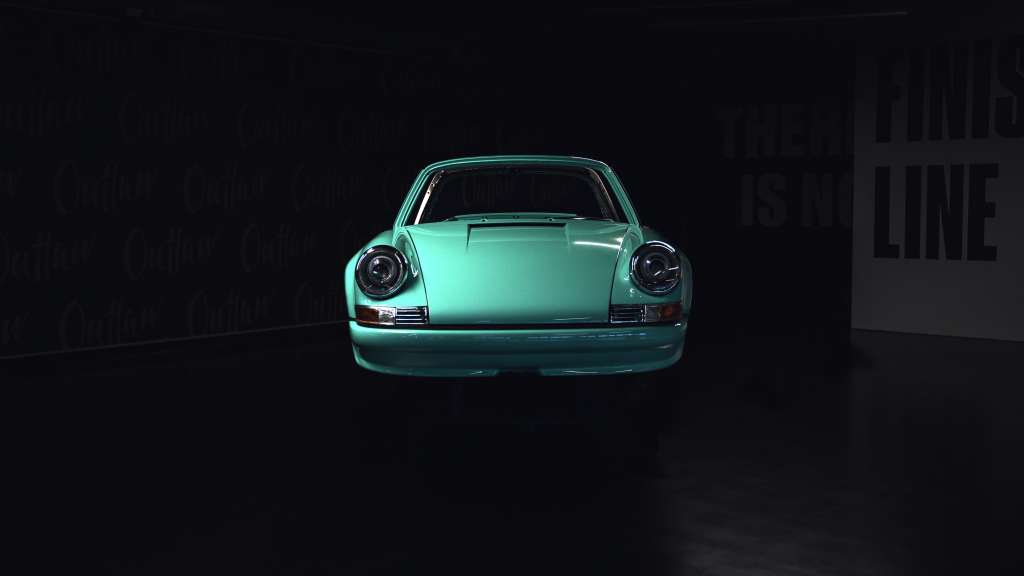 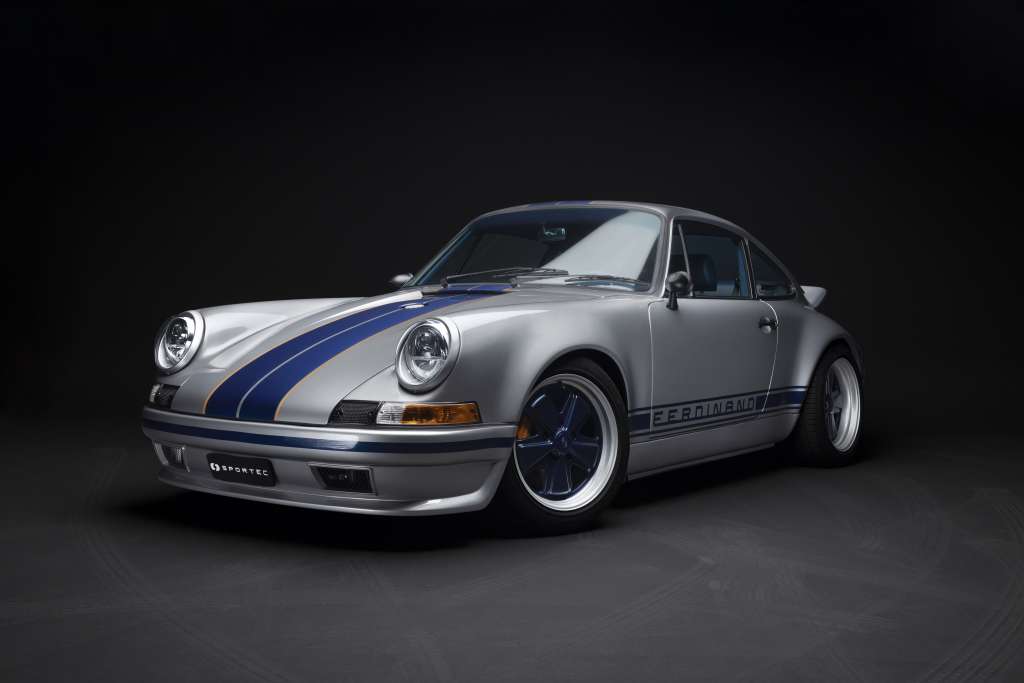 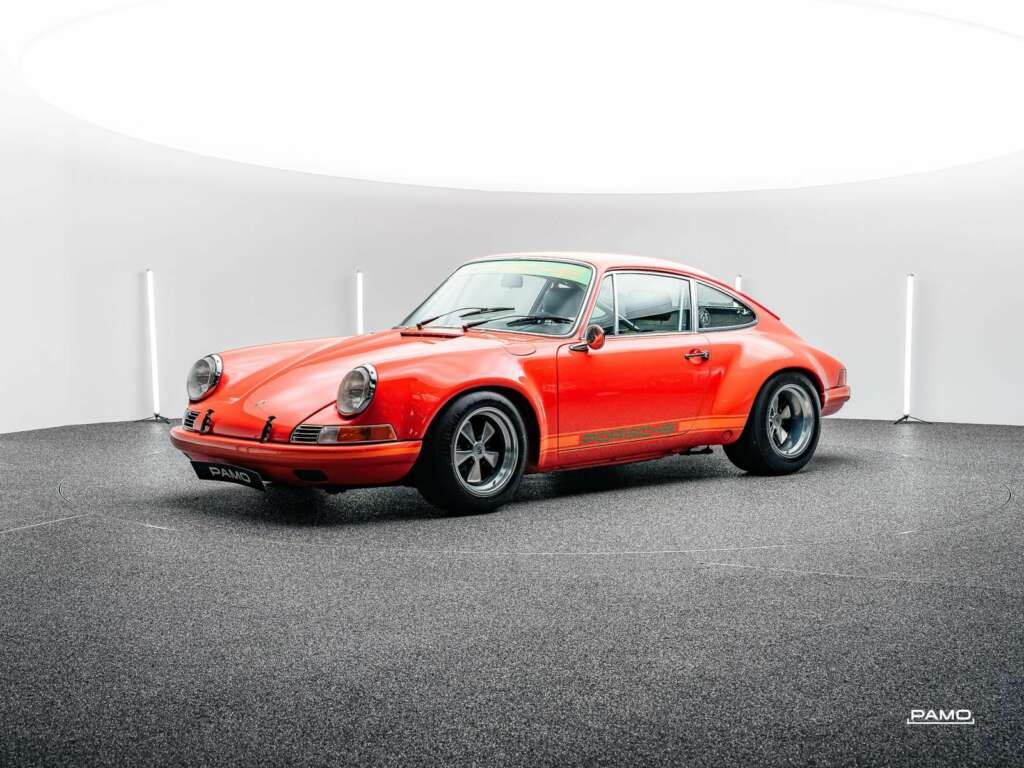 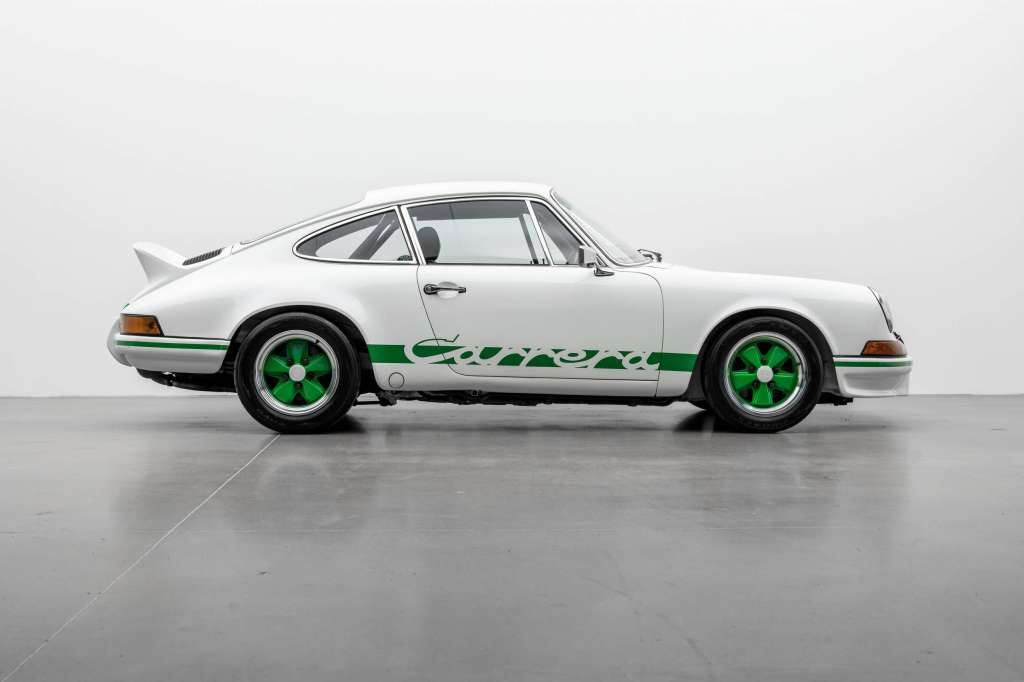 I therefore always make a comprehensive initial consultation with the customers before accepting the order. For the import and customs clearance, I can arrange competent partners, or offer it as part of the service. They are then available to answer questions on the topics of registration and customs regulations. Only when everything has been clarified, we take care of the further processing. So there are no unpleasant surprises at the end.

Are there similar hurdles for the car import to countries like Dubai or Canada?

In direct comparison with the USA, Canada is significantly less regulated. There, for example, only 15 years of vehicle age are prescribed. Shipping vehicles to Dubai is also very uncomplicated. There, originality or vehicle age do not really play a role. Taxes and customs duties are also at a relatively low level there.

Within the EU, it is generally not a big problem to import or export vehicles. Switzerland is of course an exception. Especially during the air-cooled Porsche-era, the Swiss models had their peculiarities. This makes the import of some Porsches complicated. For example with Porsche 911 G models there were many different country versions. These all had different power ratings, making registration in Switzerland difficult. In addition, the import duties are relatively high.

How much do taxes and customs cost for a car import?

What influences does the geopolitical situation have on car imports?

To answer this question, one must first take a look at migration. In 2022, there were large flows of wealth millionaires from countries where political and social conditions have lost stability. More than 38,000 of these so-called high-net-worth individuals (people with at least 1,000,000 USD wealth) emigrated from Brazil, China, India, Russia and Ukraine alone.

One of the biggest “beneficiaries” of this is Dubai. An influx of 4,000 wealth millionaires has been recorded there. It is therefore not surprising that a lot of cars are being imported to Dubai at the moment. However, in most cases these are not newly purchased cars, but those that are to be “taken along”. But also Japan imports are picking up again at the moment. Shortly before christmas last year I shipped 13 Japanese cars to Belgium.

Supply chains remain a sensitive issue in the global economy. Do customers also have to be more patient than before in car imports?

Yes, the transports now take a little more time. The pure logistics time for vehicle transport averages between six and eight weeks for overseas freight. That only includes the pure door-to-door time. However, handling the paperwork and the commissioning itself naturally takes some time as well. Customs clearance can certainly also cause delays. But as long as all the documents have been completely compiled beforehand, it rarely takes longer than eight weeks.

What are the ways to import or export cars, for example to the USA?

The cheapest option for a car import would be a roll-on roll-off transport by ship (RoRo). In this case, the car is driven onto a ship on its own and brought down again after arrival. Here, however, there is no possibility for the forwarder to influence the handling of the car. This is because the loading process is the sole responsibility of the port personnel.

Therefore, only insurance against total loss is possible, but not against scratches and paint damage. So if you want more security, you have to choose transport in a container. Here, the forwarder is still in charge of loading in the container. In contrast to RoRo transport, container shipping can also be covered by all-risk insurance. This covers all potential damage.

How much does carshipping cost to the USA/Canada?

There are also other alternatives. Those who are in a hurry to transfer their vehicle can also opt for transport by air. For this purpose, the vehicle is stowed in the nose of the aircraft and flown directly across the ocean. For smaller intracontinental distances, the train can also be a good option.

Christian, thank you very much for the insight into the world of car import and vehicle logistics. Last but not least, one question that I ask all interview partners: What is your dream Porsche?

I don’t have to think about it for long. I love convertibles and my favorite 911 is the 997, so my answer is the Porsche 997 Carrera 4S Cabrio. It would be fantastic to fulfill that dream someday. If money were no object, the Porsche 964 Turbo would probably also come into consideration.

Christian Reyer and his company Reyer Group are also available to answer all your questions about car import and transport via Instagram at @reyer.group.